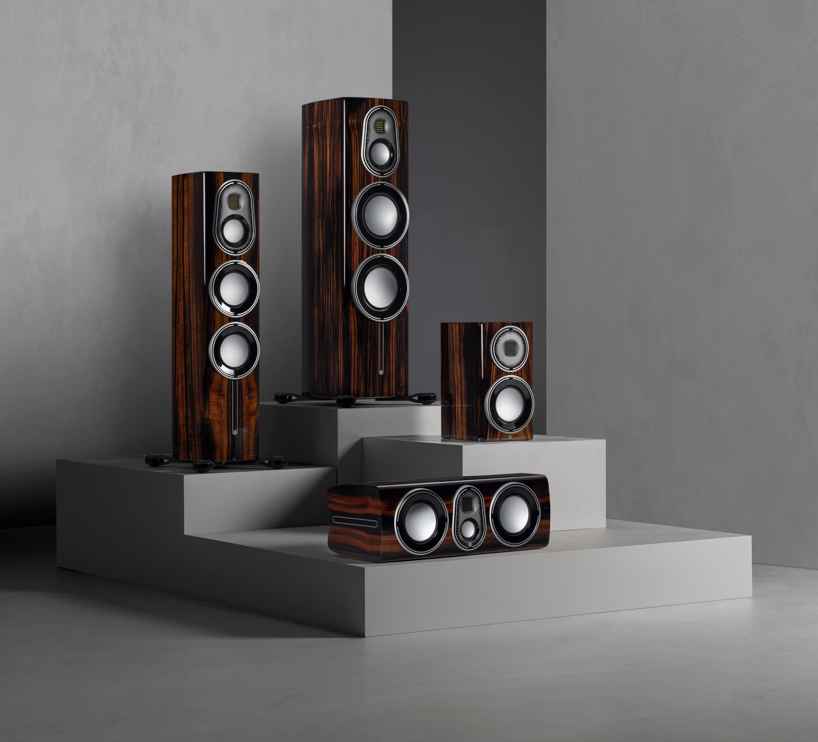 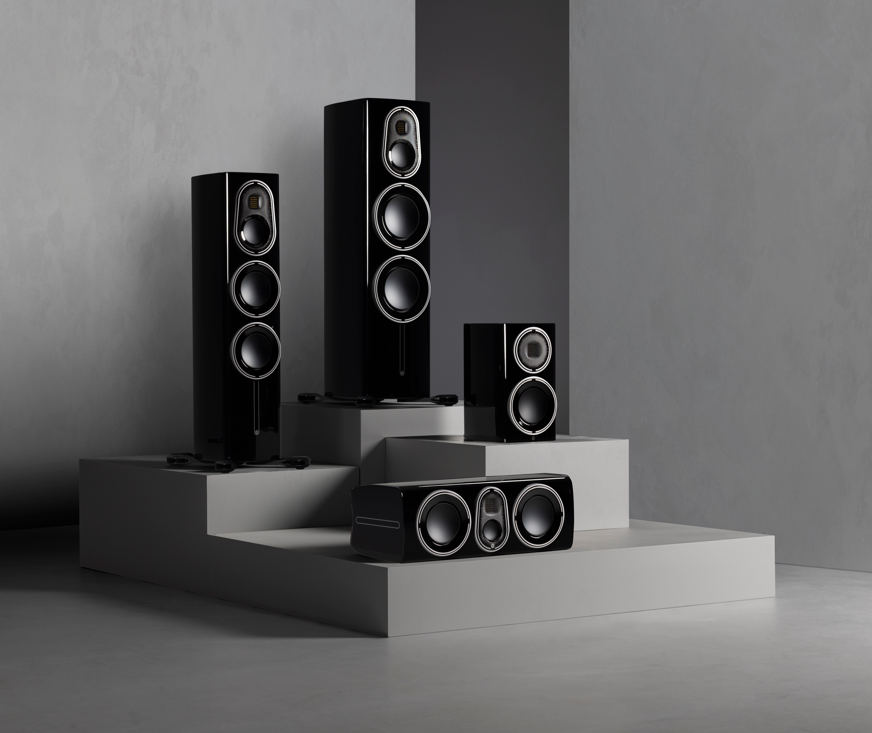 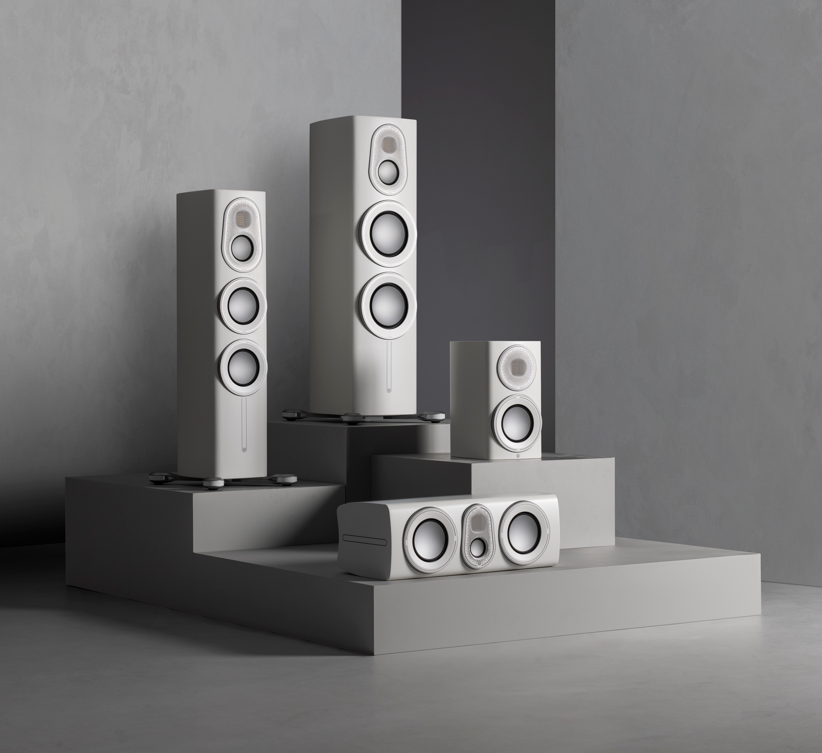 Monitor Audio is proud to announce the launch of its Platinum Series 3G. Its flagship range encapsulates Monitor Audio’s desire to deliver accessible excellence. Superior, innovative acoustic technologies, smart engineering and obsessive attention to detail ensures the Platinum Series 3G is capable of accurate, clear, and lifelike sound, from a design that will stay significant for a lifetime.

Platinum Series 3G launches within Monitor Audio’s 50th Anniversary year, and it has channelled all those decades of expertise into its development. The series builds on Monitor Audio’s vision of bringing the listener closer to sonic and visual perfection, cementing Platinum Series 3G as true objects of desire; a visceral experience for the ears as well as the eyes, the range deepens the connection between listening and making audio human.

Platinum Series 3G offers a choice of four premium models designed to satisfy both two-channel or multi-channel home theatre system configurations. The series consists of the Platinum 100 3G stand mount, Platinum 200 3G mid-sized floor stander, and flagship floor stander, the Platinum 300 3G. Each speaker works independently in a high-performance two-channel system, or, with the addition of the Platinum 250 3G centre-channel as part of a high-performance AV system. However, you choose to configure them, they will propel the listener into a truly immersive and high-fidelity experience, allowing both music lovers and film aficionados to experience utter perfection.

The MPD III introduces technology that reduces distortion and flattens the frequency response, while the optimised waveguide provides highly controlled directivity, improving both soundstage and sensitivity. This all leads to a larger, clearer, and more consistent sound, allowing the Platinum Series 3G to create the ultimate immersive experience.

In addition to the MPD III high frequency transducer, other new acoustic features include:

• The RDT III cone is employed on all Platinum Series 3G midrange and bass drivers. An extremely strong cone, it is constructed from three distinct layers. A Nomex honeycombed core is sandwiched between an ultra-thin and ultra-rigid C-CAM (Ceramic-Coated Aluminium) layer and a twin layer of uni-directional Carbon Fibre, which are layered and bonded at 90 degrees to each other for even greater strength. Super light, yet super strong, the RDT III cone works like a perfect piston, and when coupled to the latest optimised and contoured cone surround and black spider it allows the Platinum Series 3G mid and bass drivers to boast the lowest distortion of any speaker in Monitor Audio’s history.

• The all-new centre-channel mid-range driver for the Platinum C250 3G maximises the speaker’s ability to provide the impact and precision needed for even the most dynamic soundtrack and film score. Taking its DNA from Monitor Audio’s exceptional, flagship THX-certified Cinergy Theatre series, the mid-range driver utilises a carefully optimised motor system, providing extraordinary power. Though it only has a 2.5in diameter, the mid-range driver employs a very large voice-coil to ensure high-levels of power handling. This delivers the punch and impact required to deliver the dynamics of any music or film score while also producing the widest directivity possible in order to propel any listener within the environment into a fully immersive life-like soundscape.

Other acoustic improvements include refined crossovers, which utilise elliptical filters to ensure perfect time alignment of the drive units at the crossover points, greatly improving directivity. The crossover and drivers have been painstakingly engineered with state-of-the-art virtual simulation and prototyping techniques. Many hundreds of iterations were scrutinised to ensure that the finished crossovers are perfectly aligned with the total acoustic system design in-mind, harmonising the complete acoustic package to ensure the perfect delivery of sound.

Beyond the technology, every detail has been painstakingly considered, and the Platinum Series 3G offers a luxurious look and feel which exudes the highest level of craftsmanship and thoughtful design. The all-new cabinets are available in three beautifully rich, contemporary finishes: Piano Ebony, Piano Black, and Pure White Satin. The unique curved front profile reduces diffraction, while also looking elegant, as do the new aluminium driver frames, which beneath the surface boast tension rods that secure the drivers to the cabinet – creating a cabinet that is almost completely inert and vibration free. Precision engineered outrigger feet complete the acoustic system design approach and form a solid platform for floor standing models, while also offering a more elegant aesthetic compared to a cumbersome plinth.

Platinum Series 3G perfects the art of high-fidelity sound, within a system package that exemplifies cutting-edge, acoustic innovation and premium design. The result is spine-tingling levels of performance. Each Platinum Series 3G model truly is an object of desire.