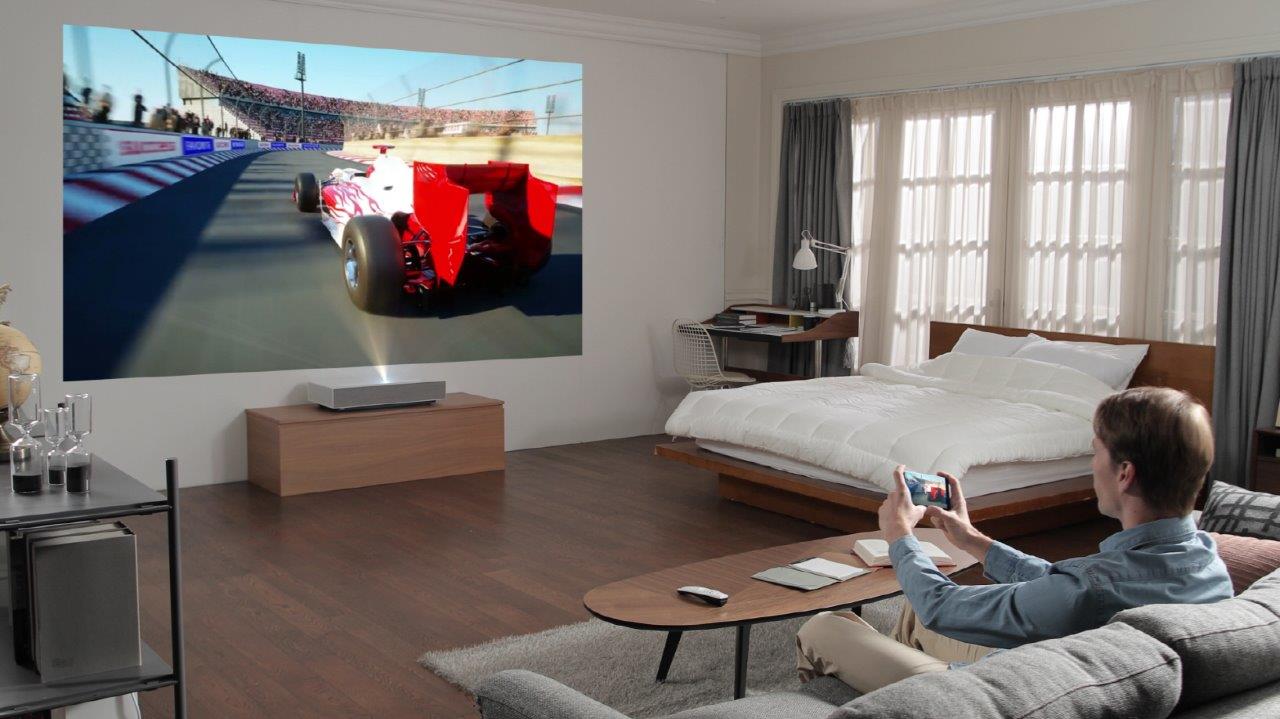 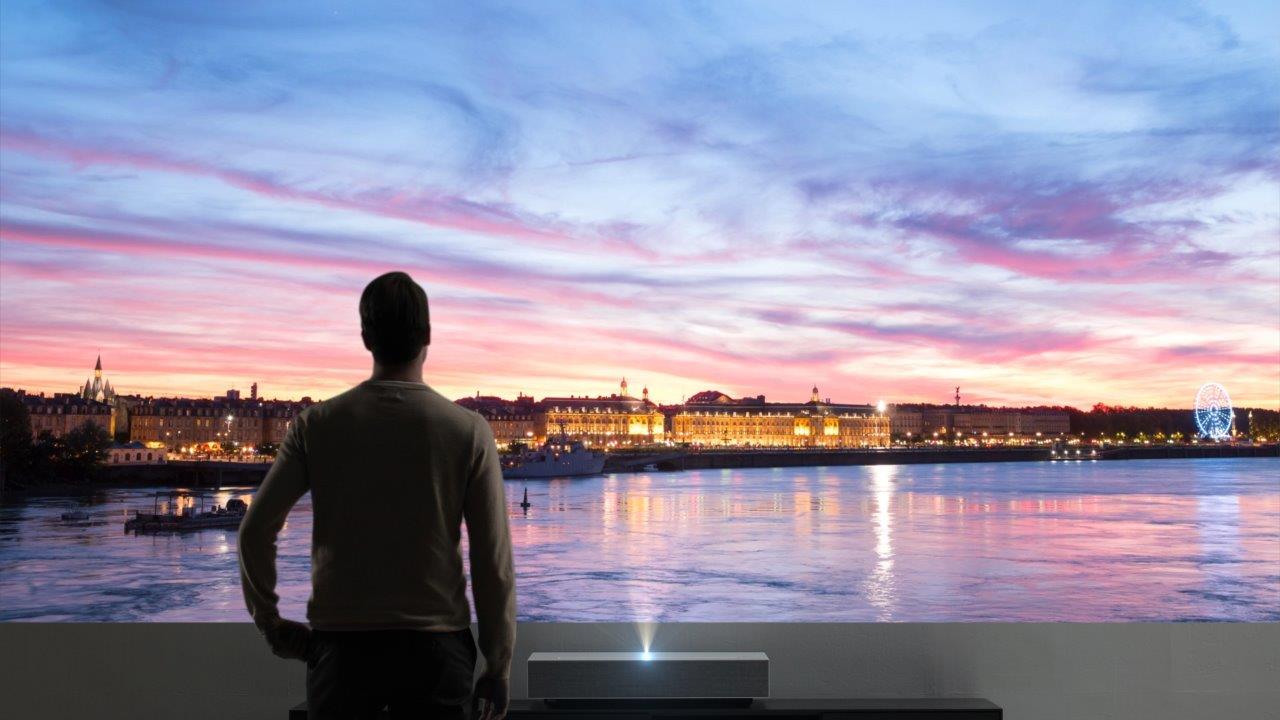 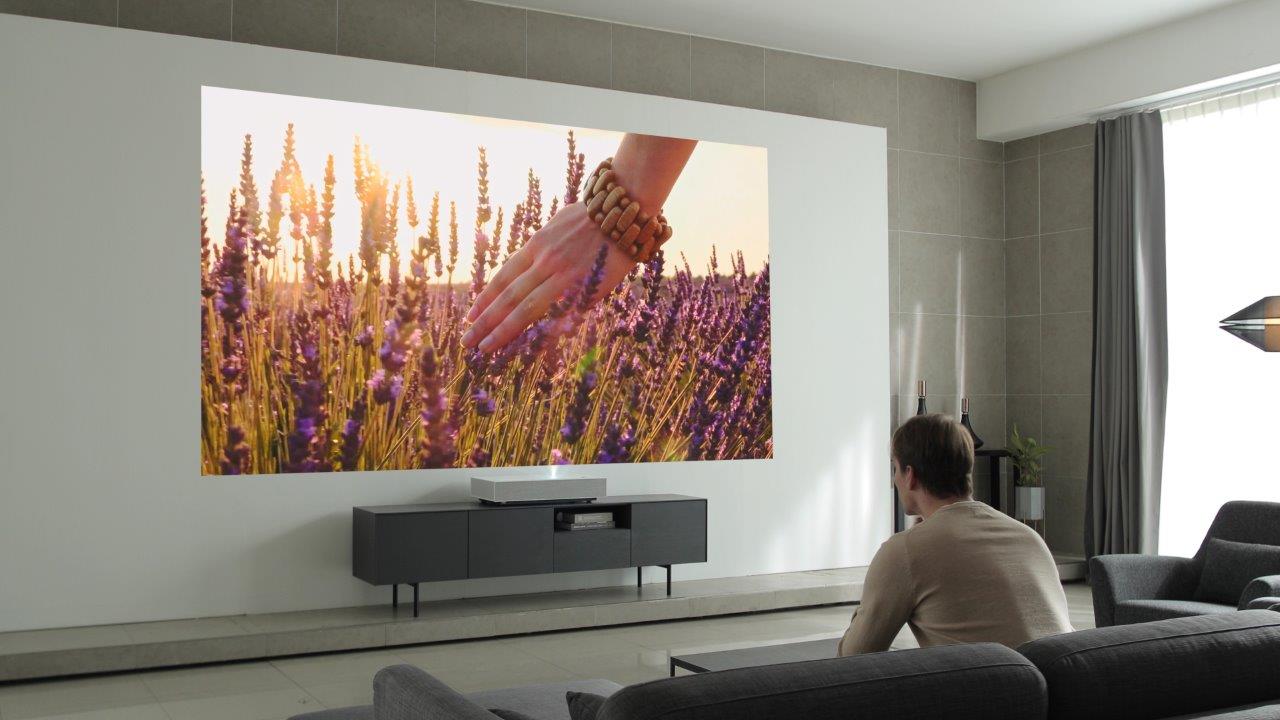 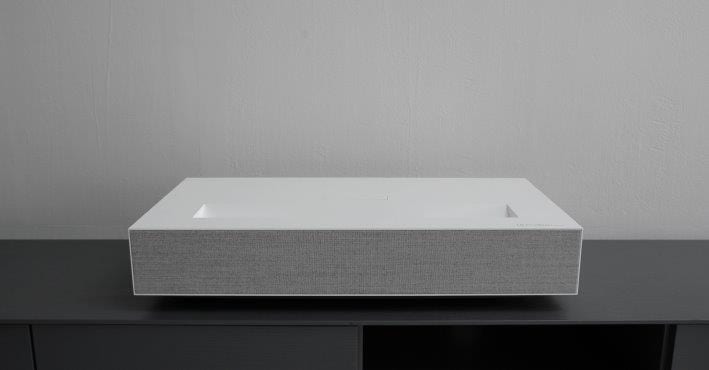 Its CES time again folks, which in the main means giant corps boasting about their new creations, a bit of more studied AV and increasingly some home automation launches too.

One of the first out the blocks this year is LG set to unveil its second-generation CineBeam Laser 4K projector (model HU85L) with Ultra Short Throw (UST) technology at the event.

Quite why you would not want to invest in a screen is not made clear, it always strikes EI as an odd thing to boast about, surely 4K images need a decent screen. Anyways, with UST technology, the unit can be placed a little more than two inches from the wall to project a 90in diagonal image.

Placed seven inches away, the projector produces a much larger and still bright 120in image.

LG adds that the HU85L can reproduce accurate colours courtesy of its wide colour gamut, which further increases the realism of every picture displayed. LG’s projector also provides plenty of content options, enabling users to stream movies and shows from their favourite services while USB, Ethernet and HDMI provide more connectivity choices.

LG says its beamer is smaller than other leading 4K projectors and has a subtle design that won’t distract or interfere with the viewing experience – and makes the LG HU85L an attractive addition to any space. The projector also offers enhanced visual accuracy with a 12-point keystone adjustment feature.

The LG CineBeam Laser 4K also includes ‘AI technology’ which enables customers to use voice commands to access the natural language processing capabilities of LG’s AI solution, ThinQ. Viewers can control the operation of the projector by saying, “turn off projector after the movie has finished” or narrow the content to view by telling the projector to “play yoga videos on YouTube”. Viewers can access a list of movies starring their favourite actors then select the content by speaking into the included Magic Remote.

The Magic Remote also recognises gestures and features backlit buttons for easier navigation which turn on automatically when motion is detected.

“The new CineBeam Laser projector marries spectacular 4K viewing experience with the convenience of AI technology,” says Jang Ik-hwan, head of LG’s IT business division. “There is no other product like this on the market, illustrating how LG continues to deliver unique value to consumers.”