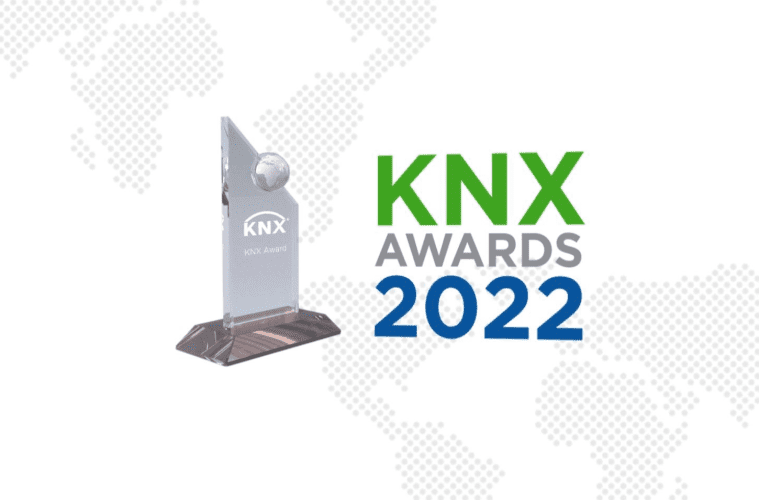 Day by day, ambitious, creative and innovative smart home and building projects are realised with KNX. After the application period for the KNX Awards 2022, 55 top quality KNX projects were selected and nominated from the large number of applications by a top-class jury. 12 of them and one KNX Member ended up receiving the globally coveted trophy after being introduced by renowned laudators and then announced as the winners during the online celebration. The event was watched by thousands from the worldwide KNX Community, and for the first time, the audience could cast the deciding vote for the People’s Choice Award live.

13 KNX Awards handed out by international VIPs of the industry

With the awards, KNX put the hardworking KNX installers in the picture that portrayed their excellent knowhow in smart home and building automation with KNX. By dividing international categories in Smart Home and Smart Building subcategories, even more diverse achievements could be awarded. In a fast-moving and ever-more digital world, KNX is proud that it could nominate very strong projects for another new category, innovation. It clearly shows that the KNX community sees the importance of IoT and secure solutions. For the first time, KNX could also hand out a trophy to a KNX Member, without their efforts in development, the KNX technology could not exist. The winner was entirely chosen by the KNX community, and it hopes that this encourages KNX manufacturers to keep introducing their latest KNX solutions to the market.

Worldwide projects from all types and sizes

The 2022 KNX Award projects are located in Algeria, Azerbaijan, Belgium, Brazil, France, Germany, Greece, Mexico, Portugal, Spain, Switzerland and the UAE. In addition to extensive installations (such as the pavilions of the Expo 2020 Dubai or the Martinhal Residences in Portugal), intelligent residential buildings and educational projects are also among the award-winning projects. These include the Spanish IKNX Prime video platform and the best home projects in different continents around the world.