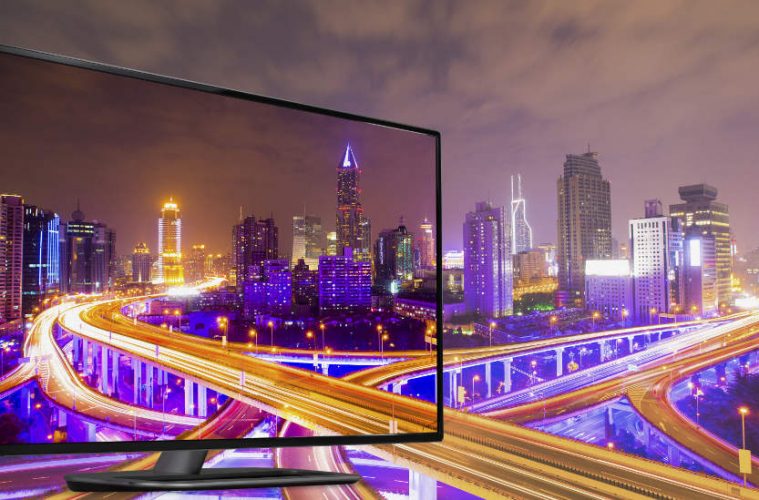 Equipped with Ultra Colour Spectrum for a wider colour gamut and a quantum dot panel in the 65” class model, the high-end Reference Series feature an 800-nit, Full-Array LED backlight and 384 Active LED Zones to produce a vivid Ultra HD picture.

Consumers can also delve into Dolby Vision content right away on the Vizio Reference Series through VUDU.

“With Vizio’s launch of the first TV with Dolby Vision technology and the commitment of major studios to deliver Dolby Vision content, we are now able to bring a dramatically enhanced visual experience to consumers in the home,” states Kevin Yeaman, president and CEO, Dolby Laboratories.

“Our priority is to deliver a premium digital home entertainment experience,” says Scott Blanksteen, vice president of Product, VUDU. “We are confident that customers will value the stunningly realistic visuals Dolby Vision brings to the Reference Series and we will ensure they will be able to easily access and enjoy this content on VUDU.”

Netflix has also committed to remastering content in Dolby Vision and is expected to deliver season one of its adventure drama Marco Polo as its first Dolby Vision release via the Netflix App soon, and will offer season two in Dolby Vision upon premiere.

“Set in the court of Kublai Khan, Marco Polo is one of the most visually stunning shows on Netflix,” comments Kevin McEntee, vice president of digital supply chain, Netflix. “We are excited to add Dolby Vision to the palette of options used by the creative community making content for Netflix.”

What Is Dolby Vision?

“VIZIO and Dolby have worked tirelessly together to make true High Dynamic Range a reality for consumers,” explains Matt McRae, chief technology Officer, Vizio. “The picture quality achieved with Dolby Vision on the Vizio Reference Series is literally jaw-dropping and establishes a new level of excellence for the industry. High Dynamic Range and Ultra Colour Spectrum is enabled through proprietary, custom panel technologies creating a television that pushes the limits of contrast ratios and Colour gamut while redefining the level of picture quality available at home. Vizio worked closely with partners like Dolby, Warner Bros. Home Entertainment, VUDU and Netflix to ensure content was re-mastered to take advantage of the Reference Series’ capabilities and ready to stream through Vizio Internet Apps Plus.”

With enhanced reproduction of luminance, Dolby Vision is said to create ‘a new level of high contrast range with true-to-life intensity, more accurately reproducing the nuances in every picture to reveal fine details’.

Says Dolby: ‘Unlike most TVs, which can only reproduce Rec. 709 – the long-time colour space standard – Reference Series features Ultra Colour Spectrum technology for a wider colour gamut, with a quantum dot panel in the 65” class model rendering colours closer to the range a human eye can see’.

The picture is enhanced further by a Full-Array 800-nit LED backlight with a total of 384 Active LED Zones, enabling a wider range of luminance and precise contrast control.

A 10” wireless subwoofer and two rear satellite speakers supplement the 65” class model, while both models take on audio technologies from Dolby and DTS.

There is no announcement as yet as to whether the series will become available in the UK and Europe, but Dolby states that it is continuing to work with TV OEMs globally.