The M9: A revelatory flagship loudspeaker from Magico 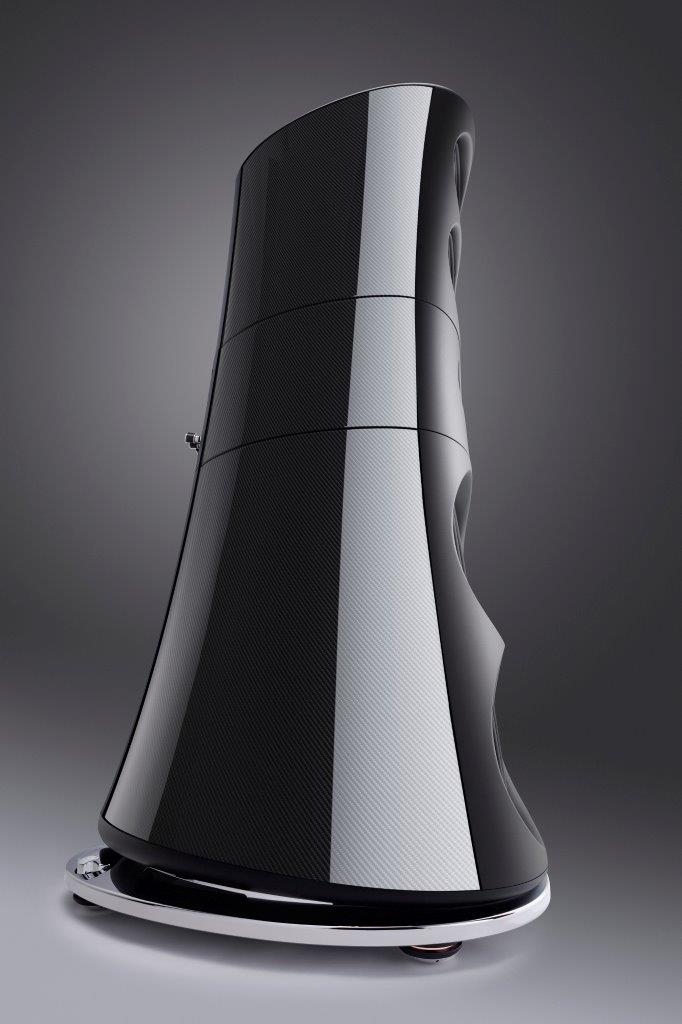 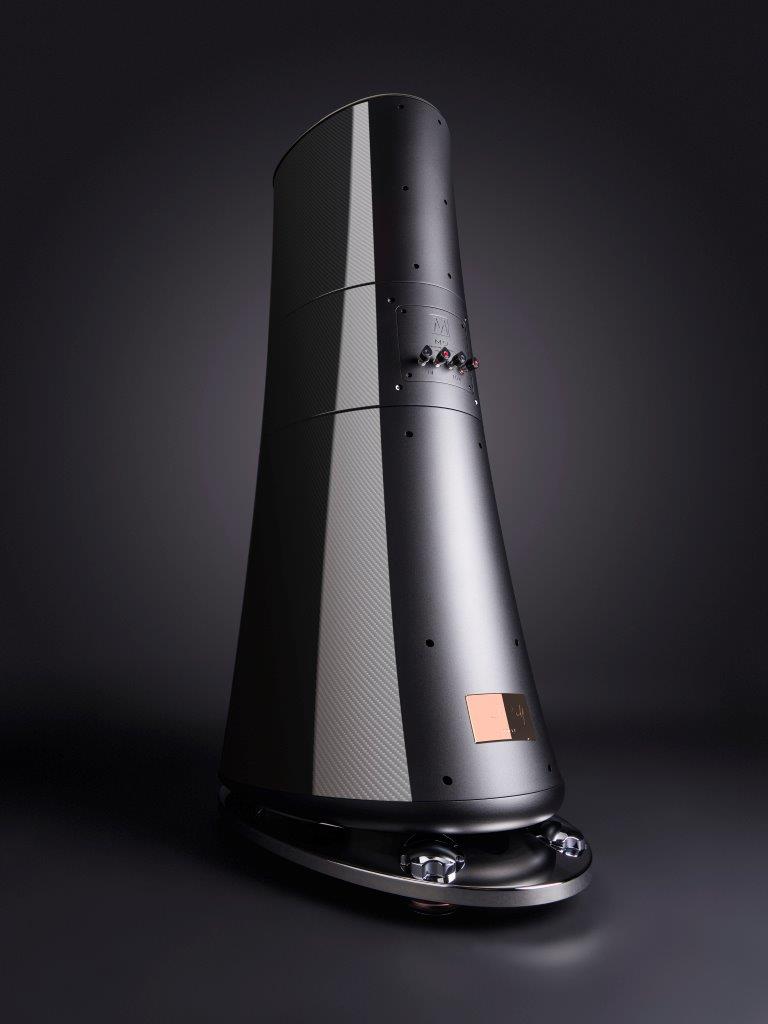 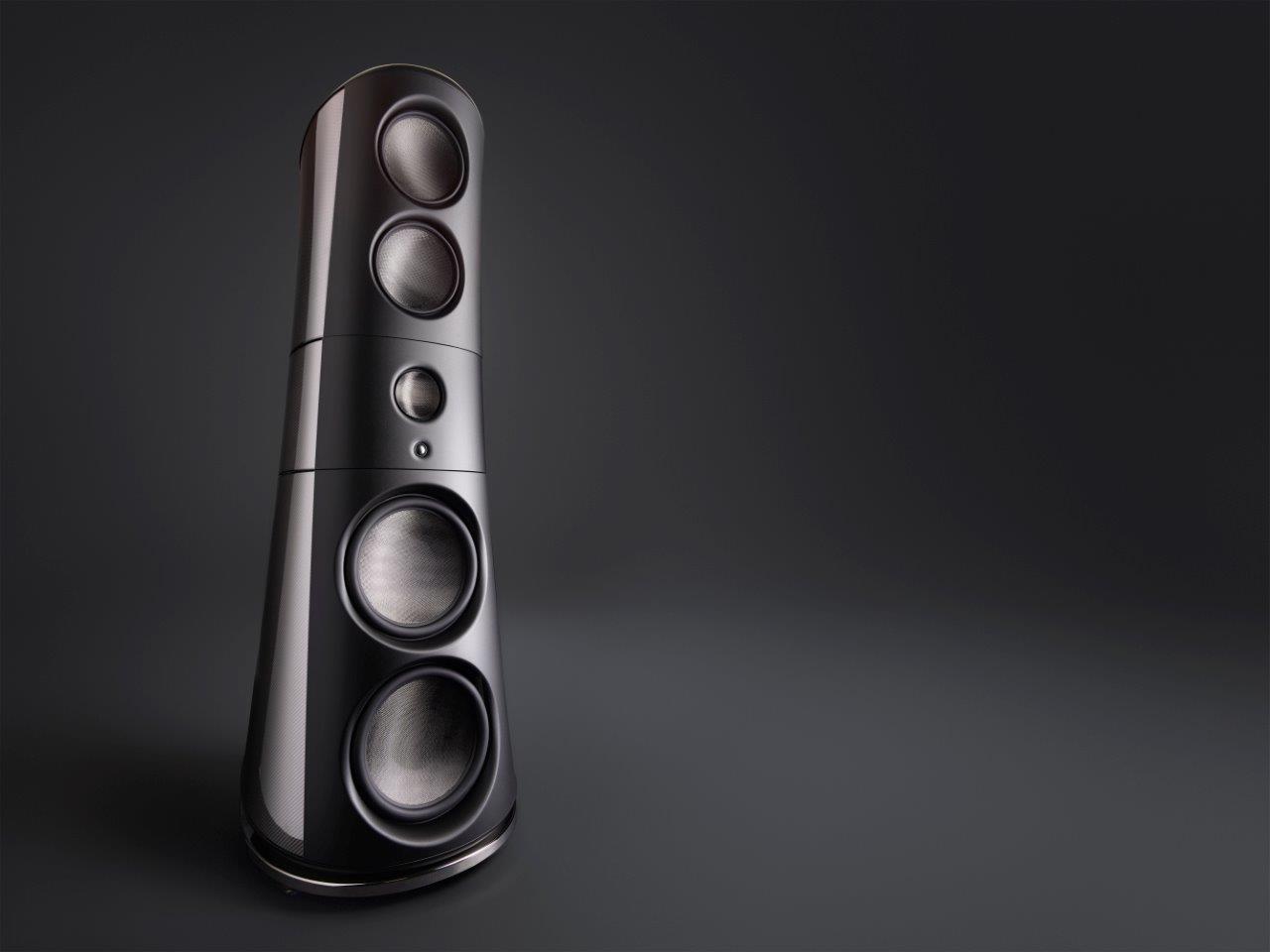 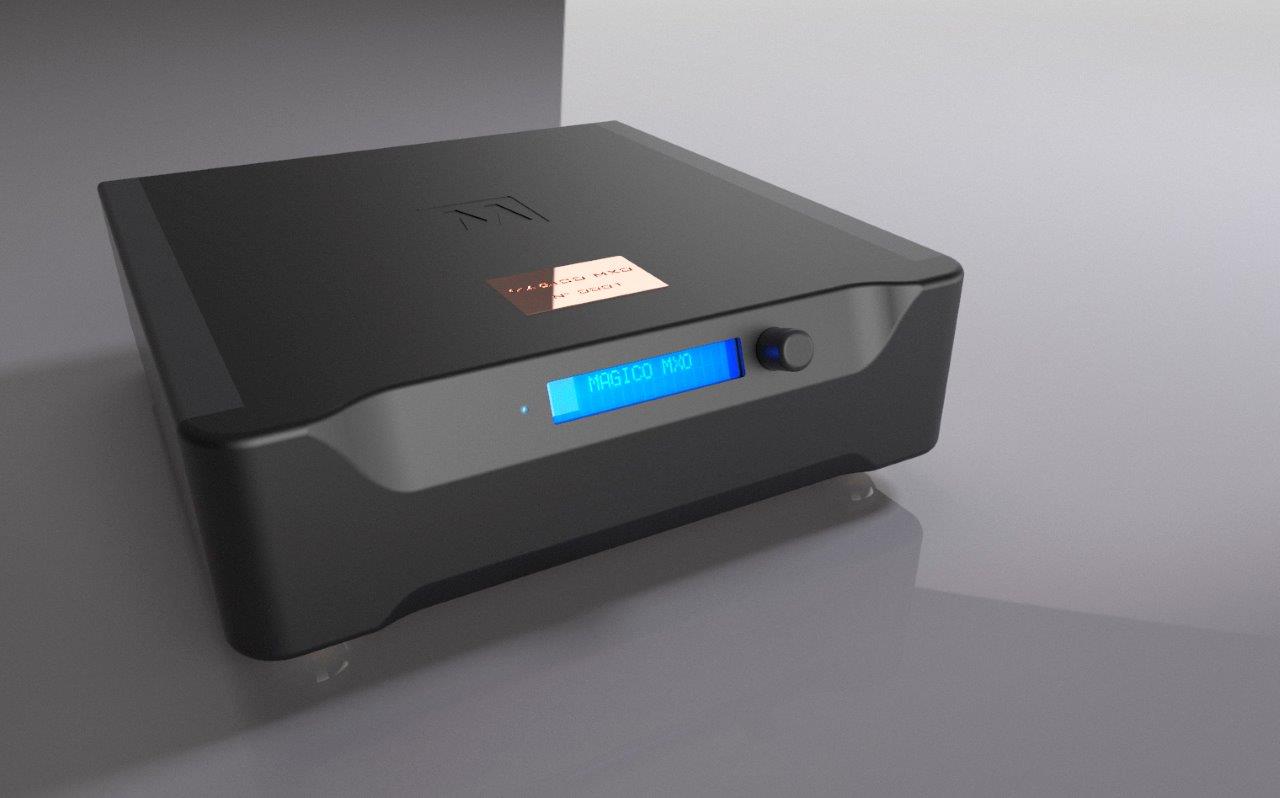 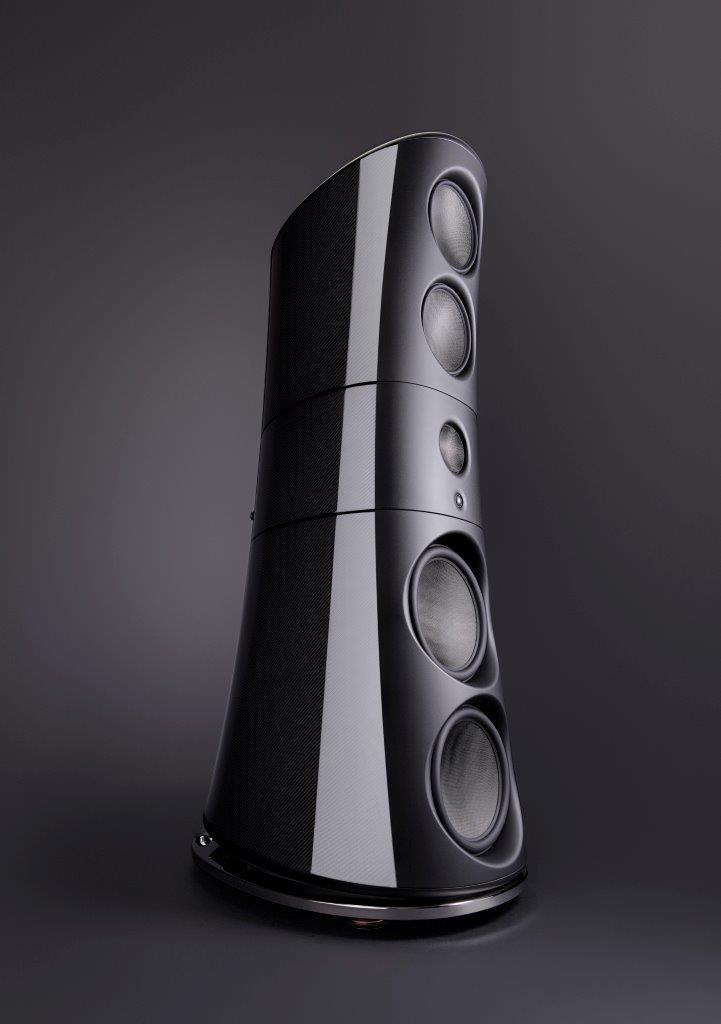 The Magico M9 begins shipping in Q4 2020. The UK RRP is officially ‘price on application’ but is expected to be in the region of £840,000 inc. VAT per pair. Each speaker stands over two metres tall and weighs 454kg.

A summation of what the company describes as a no-holds-barred assault on the limits of dynamic loudspeaker design, the new Magico M9 has been created to establish new benchmarks in musicality, transparency and fidelity. This four-way, six-driver floor standing system features the world’s first loudspeaker enclosure to combine inner and outer skins of carbon fiber with a revolutionary aluminum honeycomb core. Included with the M9 is a state-of-the-art analogue outboard active crossover, the MXO.

Designed in-house, this carefully crafted unit handles bass/midbass frequency separation. In addition, the M9 benefits from the latest generation of Nano-Tec speaker cones, featuring Aluminum honeycomb cores. The result is described as a revelation, a loudspeaker that can present intense crescendos with unconstrained power, yet reproduce the most delicate musical passages with transparency and stunning microdynamic detail.

From the outset, Magico says it has known that the loudspeaker enclosure must enable sound to pass through completely, without ‘singing along’ with the music. Controlling cabinet vibration without

storing energy remains one of the greatest challenges in loudspeaker design. The quest for the ultimate in enclosures has driven the maker to pursue the latest in materials science, computerised modelling and meticulous assembly. The M9 represents a new milestone in that journey: the world’s first loudspeaker enclosure with carbon fiber inner and outer skins over an aluminum honeycomb core.

This technology reduces overall weight yet doubles the structural stiffness. The enclosure also incorporates the latest application of constrained layer damping using aerospace composites, plus familiar features of Magico construction including a baffle board of 6061 T6 aircraft aluminum and front-to-back tensioning rods.

Through many rounds of Finite Element Analysis modeling, the company fine-tuned the enclosure design to suppress resonances and any possibility of stored energy. The design team also calibrated the organic shape of the enclosure and machined the front baffle to reduce diffraction effects to near zero. Sound waves from the drivers propagate without obstruction.

The resulting sound field replicates that of the recording space. Even though the M9 has a commanding physical presence, in sonic terms, it has been created to completely vanish.

Magico has long recognised that the bending and flexing of non-pistonic motion in a soft dome tweeter leads to large-scale distortion. That’s why the company chose the high strength and light weight of Beryllium. And the design goes further, enhancing Beryllium with the incredible stiffness of diamond, carefully applied by chemical vapor deposition. This then offers the world’s first 28 mm Beryllium dome improving performance without the weight penalty that diamond normally incurs.

The new drive unit has been created to deliver high-frequency reproduction of extraordinary accuracy, confirmed by Laser Interferometry testing and by careful listening. You’ll hear microdynamics of even greater subtlety, revealing musical detail with even greater clarity, says the maker.

An insistence on diaphragm rigidity and pistonic motion also drove the team to offer the world’s first loudspeaker cones with incredibly strong Graphene nanotubes. Every cone in the M9 incorporates an eighth generation Nano-Tec design.

With this design, Magico became the world’s first to feature an Aluminum honeycomb core sandwiched between Graphene/carbon fibre skins. In previous Nano-Tec cones, the skins provided all the stiffness and the core provided damping.

Magico says the aluminum honeycomb changes everything, providing a core material so stiff that it is necessary to apply 26,500 pounds (12,000 kg) of pressure to shape our 15in cones. This added stiffness pushes resonant frequencies far beyond audibility, requiring hardly any damping at all.

Graphene, the hallmark of the Nano-Tec cones, is a hexagonal lattice of carbon just one atom thick. Graphene combines incredible stiffness with the highest tensile strength of any material known to science – some 40 times that of carbon steel. The resulting cone is so rigid that, inverted on the ground, it will not deform after being run over by a sedan. With the eighth generation refinements, this strength results in the closest ever approach to pure pistonic motion claims the maker.

As a cone driver plays intense musical peaks, voice coil temperatures can climb over 100° F (40° C) in a single second. Heating can double the voice coil’s DC resistance, alter the frequency response curve and compress the music as much as 3 dB – a substantial nonlinearity. Magico drivers have been created to overcome these distortions. The M9 cone voice coils are huge – 3, 4 and 5in in diameter – for much faster dissipation of heat and greater control over the cone.

Vents in the voice coil formers provide another level of heat dissipation. The design team chose formers of pure Titanium for its ideal combination of stiffness and resistance to eddy currents.

The force that the magnetic circuit applies to the voice coil can drop as much as 50% as the voice coil moves away from the central, rest position. This drop-off can be asymmetrical.

Neodymium magnets with 16 times the magnetic energy per unit volume of Ferrite are used. As an extra measure against asymmetry, these drivers deploy a matching magnet on top. The result is prodigious flux density, up to 1.7 Tesla (17,000 Gauss), maintained across uncommonly long air gaps, up to 36 mm. This enables distortion-free output up to 120 dB SPL at 1 meter.

From cone materials to voice coils to magnetic circuits, each one of these features improves linearity and reduces audible distortion. Taken together, they represent the literal state of the Art, claims this speaker’s creator. As always, the company simulates, optimises, tests and re-tests every driver design with the latest Finite Element Analysis tools. Computer testing enables simultaneous evaluation of acoustical, mechanical, electromagnetic and thermal behaviours.

The 120 Hz crossover frequency between the bass and mid-bass drivers poses a special challenge. At such a low frequency, a passive crossover would require huge inductors and capacitors. Even if the very best parts were auditioned and selected with care, such large circuit elements would incur unavoidable, substantial losses.

To overcome this issue, Magico created an analogue, active two-way crossover, the Magico Analog Crossover or MXO. This substantial component provides steep filter slopes without any sacrifice in signal quality.

The crossover’s meticulous design features Linkwitz-Riley filters to deliver 24 dB per octave slopes at the crossover frequency of 120 Hz. Designed in-house, the analogue crossover is fully balanced with completely discrete circuitry from input to output.

The external power supply chassis regenerates AC and applies active regulation to every part of the circuitry.