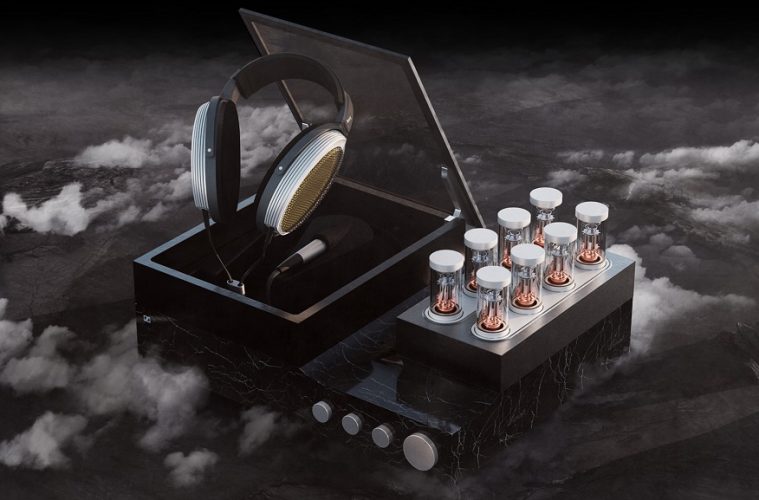 Sennheiser Orpheus may be a name AV experts are familiar with, but for those unaware, it’s the name for a legendary pair of headphones.

Orpheus was the combination of the HE90 headphone and HEV90 amplifier, initially revealed in 1991 as proof that Sennheiser could create the true audiophile’s headphone of choice and beat Stax Ltd in the process.

At the time, the Orpheus was priced at an eye-watering $16,000 (£10,000), but that price has since continued to increase as it becomes harder and harder to get hold of the heralded headphones.

Audiophiles wishing to get their hands on the original version of the Orpheus are now more likely to cough up in excess of $30,000 (£20,000).

There are just 300 Sennheiser Orpheus systems left in the wild, meaning it’s somewhat of a rarity to see one listed on Ebay.

Not to worry though, as Sennheiser has those wanting the Orpheus well and truly covered.

Just in time for Sennheiser’s 70th birthday celebrations, the company has revealed a successor to the Orpheus; and it’s quite possibly the most astounding thing to come out of the German audio company.

“For seven decades now, Sennheiser has shaped the industry and has been at the cutting edge of audio by continuously re-defining the gold standard of what is technically possible,” says Sennheiser CEO Daniel Sennheiser.

“With the Orpheus, we are once again pushing the boundaries and are showing that we can repeatedly set new benchmarks in excellence and reshape the future of the high-end audio world.”

Sennheiser has spent 10 years crafting the new Orpheus CE and while the idea for the product is still very much the same – to offer the best headphones found on this planet – there have quite a number of upgrades since the original version launched in 1991.

The Orpheus CE is still an electrostatic headphone system with an amplifier and earbud set-up and it has once again been designed to pack as much technology into a single box as possible. Like its predecessor, it is also not something that is transportable – instead it’s been designed to sit on a mantelpiece inside someone’s home, like it’s a piece of art.

Sennheiser’s first bit of magic was to integrate its patented Cool Class A MOSFET high-voltage amplifier directly into the cups of the earbuds. This is the first time an electrostatic headphone has utilised this technology and the result is said to be profound.

According to Sennheiser the amplifier is capable of “eliminating the capacitive reactance of the cable, delivering an ultra-high impulse fidelity 200% more efficient than any other solution currently available.”

10 years may sound like a lot time to spend crafting a pair of headphones, but the team behind the project spent all their time testing different materials and sizes to see what created the most ear-pleasing sound.

In the end Sennheiser’s research team concluded that 2.4-micrometer platinum-vaporised diaphragms were the only ones suitable for the Orpheus CE. Why? Well, according to the company’s research their size was shown to deliver the optimal sound reproduction.

Gold-vaporised transducers were selected for their ability to produce ‘outstanding’ electrical and acoustical performance, while 99.9% silver-plated OFC cables have been utilised for optimal conductivity.

It’s not just about the materials used either – even the construction method has been meticulously selected to ensure optimal performance. Each ear cup is precision machined from solid aluminium and feature handmade ear pads made out of leather and soft, allergen-free velour/microfiber construction.

While those are the most significant upgrades to the ear buds, that’s only half the story when it comes to the Orpheus CE’s set-up.

With the Orpheus CE Sennheiser wanted to provide all the advantages of tube amplifiers and transistor amplifiers in one package.

That’s no small feat forcing the company to custom-make a patent-pending circuit design.

To create what is being dubbed the ‘finest sounding headphones in the world’ by media outlets, Sennheiser had to create a completely new amplifier concept.

At the heart of the amplifier are eight vacuum tubes that process the incoming signal.

“The advantage of tube amplifiers is their superior impulse processing,” notes Axel Grell, portfolio manager audiophile at Sennheiser. “However, one challenge is their sensitivity to air-borne-noise.”

For this reason, the amplifier housing was crafted from granular, inhomogeneous Carrara marble and is freely suspended with the amplifier.

The decoupling of the tubes in combination with the damping properties of the marble is said to have the effect of reducing structure-borne noise to an absolute minimum.

The tubes themselves also have a high-quality patent-pending enclosure consisting of quartz-glass bulbs that perfectly shield them from their surroundings.

Each of the more than 6,000 individual components found inside the Orpheus CE were carefully chosen, their acoustic characteristics were evaluated and finally the optimum combination was put together.

“When developing the electrodes, our aim was to find a material that is absolutely rigid in order to avoid the possible occurrence of distortion peaks at frequencies in the range of three to four kilohertz,” explains Axel.

Against this background, the engineers finally decided to use ceramic – a material whose internal damping and granular structure make it much more resistant to resonances than, for example, glass.

There was a downside to this decision however; producing such ceramic electrodes is a complex task: ceramics can neither be etched nor suitably drilled.

For that reason, Sennheiser crafts the electrodes using a spraying and grinding process. Subsequently, a layer of gold is vapour-deposited to guarantee optimum electrical conductivity.

With its unique transducer system, the new Orpheus has a frequency response of 8Hz to more than 100KHz. This is a frequency range which far exceeds the limits of human hearing ability.

Despite that, Sennheiser claims that this extremely wide frequency response does have an effect on the sound experience, as it ensures that, in the audible range, the sound of the headphones is virtually free of distortion.

At 1KHz and a sound pressure level of 100Db, the total harmonic distortion of the headphone system is a mere 0.01%, which means it reproduces the sound of the audio source with greater fidelity and in more detail than any other product in the audio world.

“In some music pieces that I had known for years, I suddenly became aware of details which I had never perceived before,” comments Axel Grell, describing the listening experience with the new Orpheus.

“I found this really moving – and every other listener will also be overwhelmed by this unique audio experience. After all, music is all about emotions.”

The Orpheus can be operated with a wide range of analogue and digital audio sources.

Apart from balanced inputs, the headphone system also has unbalanced input sockets; the incoming signals are balanced before being further processed.

Digital audio sources are connected via S/PDIF (optical and coaxial) or USB – although we don’t suggest buying one and plugging in an iPhone.

To convert the digital music data into analogue signals, the Orpheus uses the ESS SABRE ES9018 chip – a reference in the field of digital-to-analogue converters.

In the Orpheus, its eight internal DACs convert audio data with a resolution of 32 bits and a sampling rate of up to 384 kHz or DSD signals with 2.8 MHz and 5.6 MHz into balanced analogue signals.

For each stereo channel, four DACs are connected in parallel for noise reduction. As a result, the entire frequency spectrum of high-end audio sources should be reproduced without distortion. The circuit was optimised for the fully symmetrical design of the Orpheus.

Sennheiser wanted the Orpheus experience to begin before users even started listening and to do that, the company created a unique experience.

When the on/off control is pressed, the controls at the front slowly extend from the amplifier housing. The vacuum tubes with their quartz glass bulbs then begin to rise from the base and start to glow.

Finally, a glass cover is automatically raised, allowing the headphones to be removed.

“Our aim was to provide a sensual experience by using highest quality materials,” says Axel.

The marble that Sennheiser chose for the amplifier housing comes from Carrara in Italy and is the same type of marble that Michelangelo used to create his sculptures.

The rotary switches for the source and the volume controls are milled from a single piece of brass and chromium-plated.

The positions of the four switches are controlled by a microprocessor and activated by high-quality relays.

Each element can be remote-controlled and will follow any adjustments that the listener makes. For example, if the input switch is changed by remote control from USB to Balanced, the respective button will also rotate.

While Sennheiser’s Orpheus CE is mainly about the listening experience, the company wants its owners to feel special. After all, this isn’t something a typical user can carry onto the tube – instead the Orpheus CE will need to be placed inside the user’s home as if it’s a work of art, something it is likely to pull off incredibly well.

That’s quite a considerable chunk of change and likely to be over budget for many clients, but for those that want to experience the world’s most expensive headphones, the Sennheiser Orpheus CE will be available from mid-2016.

The Black Keys Tour The World With Sennheiser