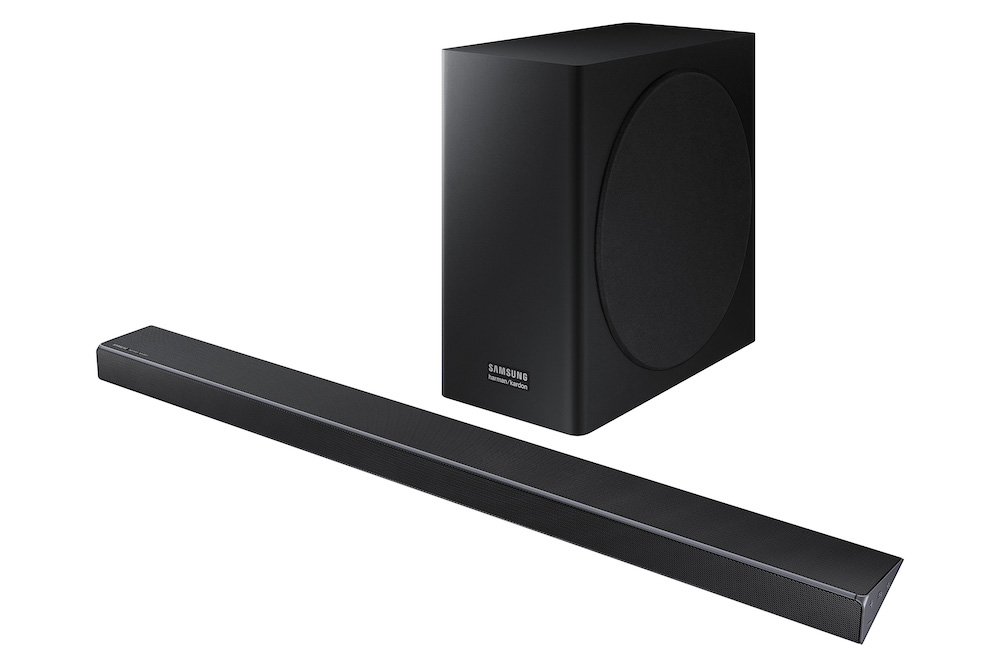 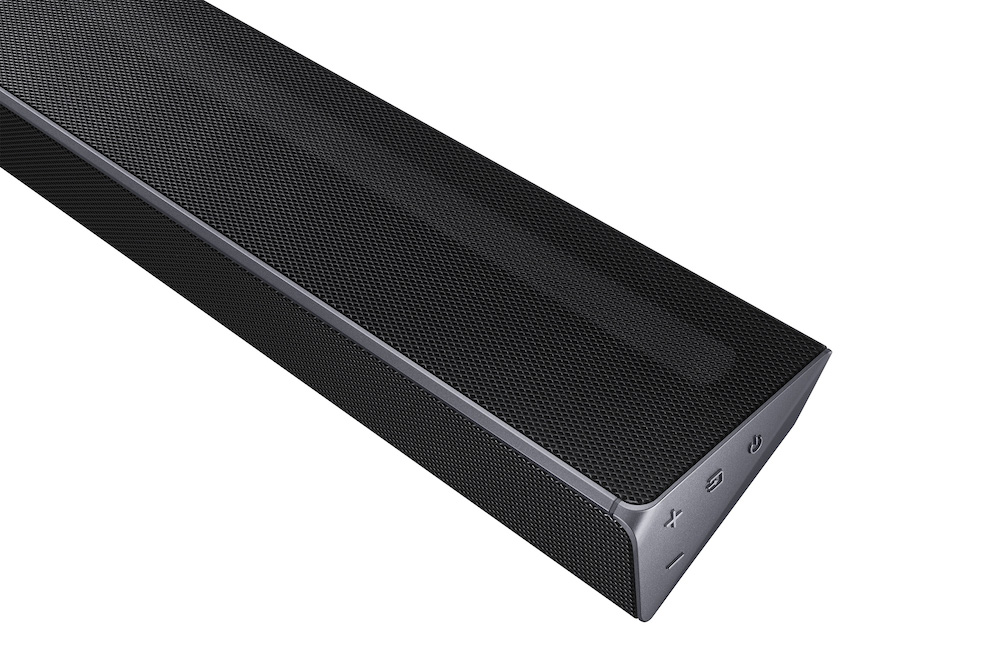 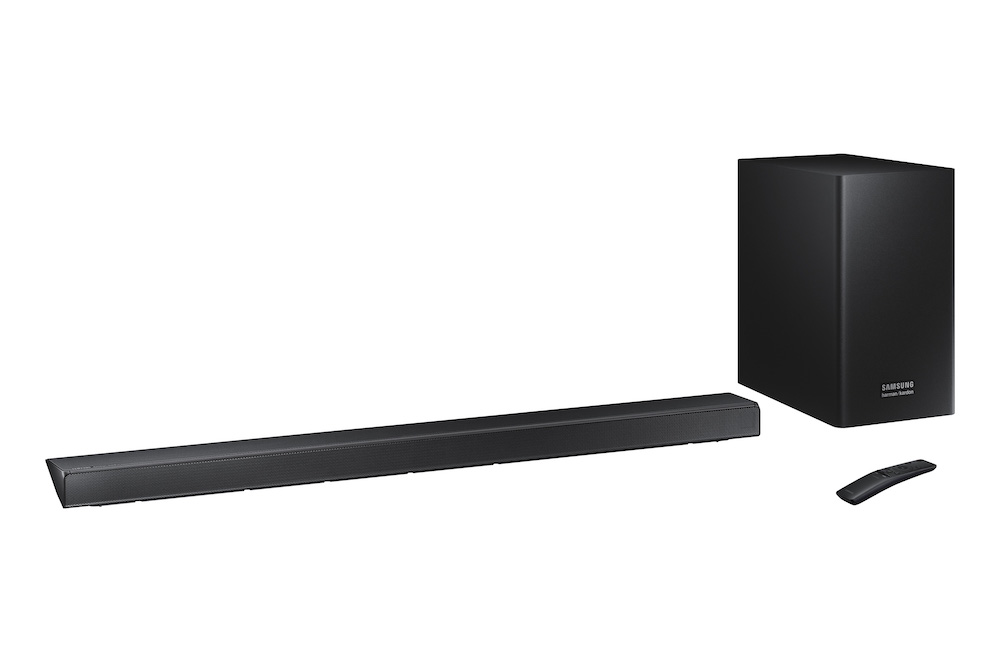 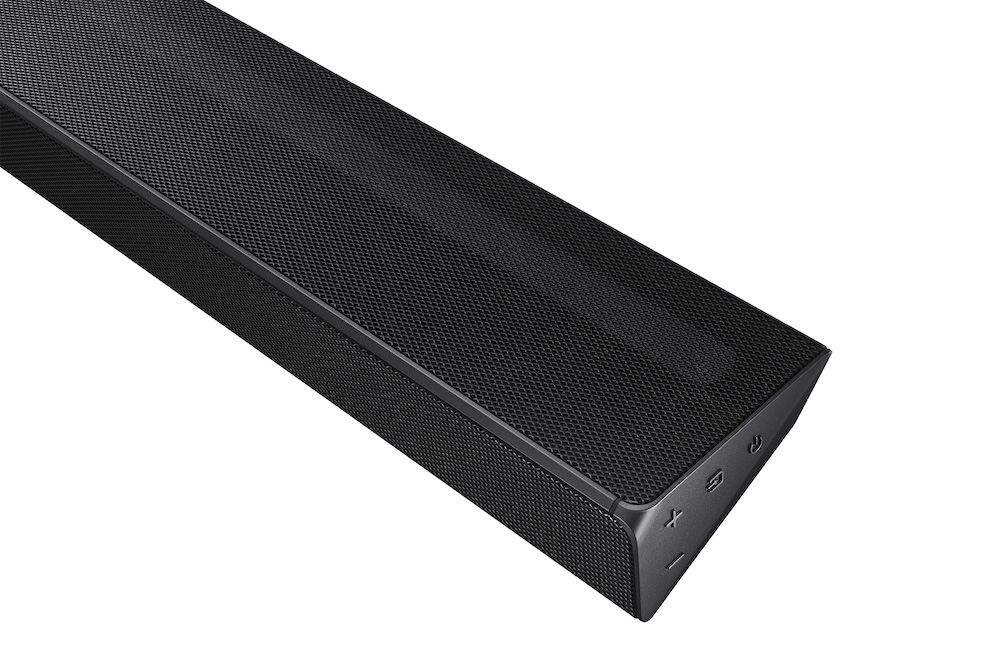 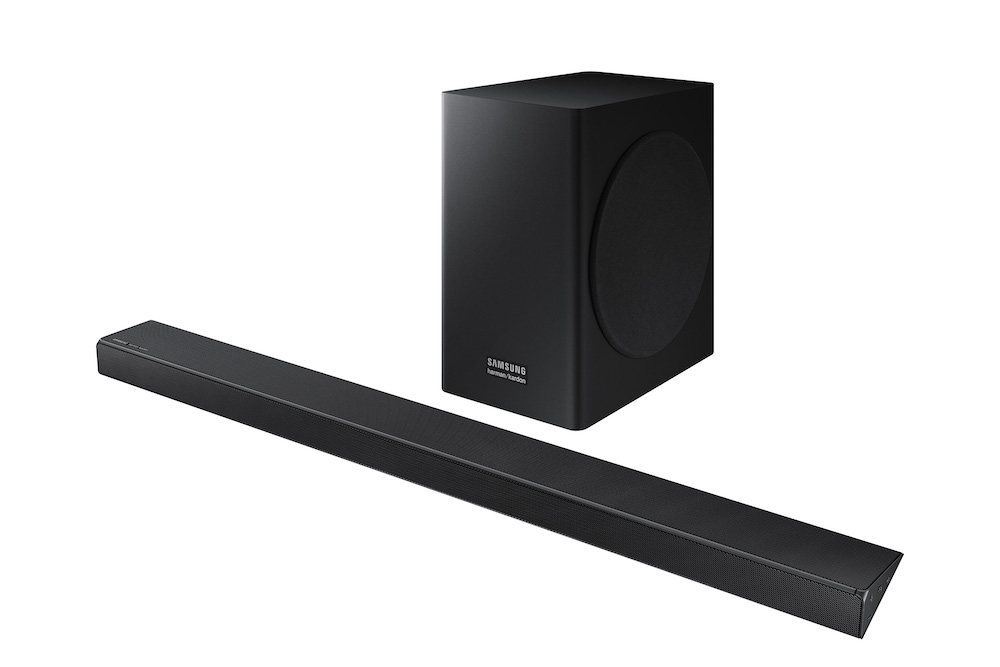 Samsung is putting its ownership of Harman Kardon to good use, with the firm announcing its latest line-up of cinematic soundbars was developed in partnership with its audio experts. The partnership, which also included Samsung Audio Lab, has resulted in two new soundbars from Samsung – the HW-Q70R and HW-Q60R – and they both promise to adapt to whatever is shown on screen.

What makes these two soundbars special is the addition of ‘smart’ technologies, which Samsung says will ensure that these are some of the best sounding soundbars on the market. There are two key smart features shipping with both soundbars, although only the HW-Q70R will benefit from support for Dolby Atmos and DTS:X.

A Soundbar That Adapts To What’s Being Viewed

The most important smart technology to ship with the HW-Q70R and HW-Q60R is what Samsung is calling ‘Adaptive Sound’. This allows the soundbars to analyse the content playing on a viewer’s TV and adjust to the ideal sound settings for any given scene, in real time. This is similar to how HDR10+ and Dolby Vision adapt the picture based on scene-by-scene metadata, but the Adaptive Sound technology can work without the use of physical metadata. Those with a 2019 QLED TV from Samsung will benefit most from this mode, as it will work without any user input, while those with any TV that isn’t a 2019 QLED will have to manually select the mode using the remote.

“Through Adaptive Sound, which understands the sound and optimises it according to the scene, listeners can enjoy even more realistic sound for every genre of content,” noted Jongsuk Chu, Executive Vice President of Visual Display Business at Samsung Electronics.

“The new Cinematic soundbars carry sound quality that has been revitalised by experts and feature designs that offer an appealing home aesthetic to create a better home cinema experience for our customers.”

Powerful Sound Without Upping The Power

Despite Adaptive Sound having never been featured on a Samsung soundbar before, don’t mistake these two new models as part of the company’s flagship line-up. In fact, it’s quite the opposite, with both models set to sit below both the HW-N950 and HW-N850 – Samsung’s current flagship models. Instead, the HW-Q60R is more of a replacement for the HW-N650, a mid-range model that launched last year. It boasts an identical power output (360W), identical dimensions (1167.0 x 481.0 x 277.0), and the same number of speakers (8). Rather conveniently, the second ‘smart’ feature Samsung is touting for the NW-Q70R and NW-Q60R is one that shipped with the HW-N650 – Acoustic Beam.

Acoustic Beam essentially describes the design of the soundbars themselves, rather than being a specific technology. An Acoustic Beam is one that features a unique speaker design firing through an array of tiny holes; Samsung says that this creates a panoramic soundscape that fills every corner of a room with immersive audio. It’s a clever trick, as Samsung can up the reach of the speaker without having to up the power.

Given we’ve already established these two models are set to be mid-rangers, it’s rather refreshing to hear that at least one will support both Dolby Atmos and DTS:X. This was a key criticism surrounding Samsung’s launch of the HW-MS750 in 2017, and it’s good to see that it’s present on the HW-Q70R.

The HW-Q70R is unlikely to offer the most impactful 3D surround sound money can buy, but it will be one of the most affordable options for getting access to the audio formats. Samsung previously required an investment of at least £899 to get access to Dolby Atmos, but with the HW-Q70R, that investment is reduced to just £799.99. Those not caring about 3D audio can save even more by buying the HW-Q60R, which is priced at £599.99.

Samsung hasn’t confirmed any replacements for its flagship models just yet, although given the naming scheme of the new soundbars, you can almost guarantee what they’re likely to be called. The Q70R and Q60R are both QLED TVs in Samsung’s range, being the two lower-end models in the entire offering. That means we could see the launch of an HW-Q90R and HW-Q80R later this year to complement the company’s flagship QLED TV models.

As for now, the HW-Q60R is available immediately, while the HW-Q70R will be available from April.