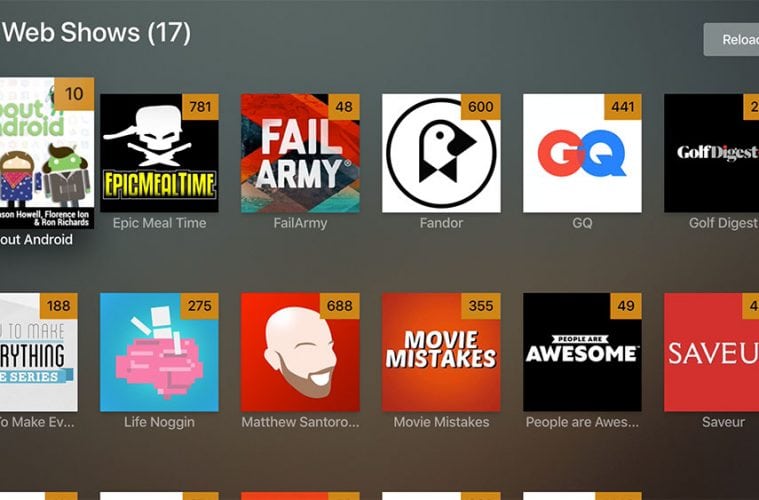 Plex’s ‘Watch Later’ feature was a great way to pull online content into the Plex ecosystem, but since that feature was axed last month, users have been wondering how they could enjoy their favourite web shows using the software. Thankfully, Plex was already working on a solution and it has announced an official ‘Web Shows’ portal which will play host to 19,000 episodes of 67 popular web shows.

Like the inclusion of news content, the Plex Web Shows portal is again designed to appeal to a wide spectrum. In fact, there’s content on the portal for just about everyone; with topics including sports, home, pop culture, tech, cooking, science and anything else you could possibly think of. While the library will continue growing, Plex says that it has launched with web shows from the likes of GQ, Condé Nast, Engadget, Epicurious, Popular Science and Pitchfork, just to name a few.

The Plex Web Shows portal has gone live on all the normal platforms, including iOS, Android, Apple TV, Android TV, Amazon Fire TV, Roku, PS4, Xbox One, the Plex Web App, and Smart TVs. The feature is designed to integrate seamlessly into a user’s library, meaning it’s now possible to mix the latest episode of The Good Place with episodes from ASAPscience. What’s more, Plex can serve content recommendations based on the type of content being viewed.

It’s no secret that Plex wants to be the go-to place for all of a user’s content, and it’s quickly adding features to make that possible. Already users can enjoy their DVR recordings, get the latest news briefing, listen to their favourite podcast, and now watch web shows all without leaving Plex. That’s in addition to the traditional Plex features of watching content from a media server.