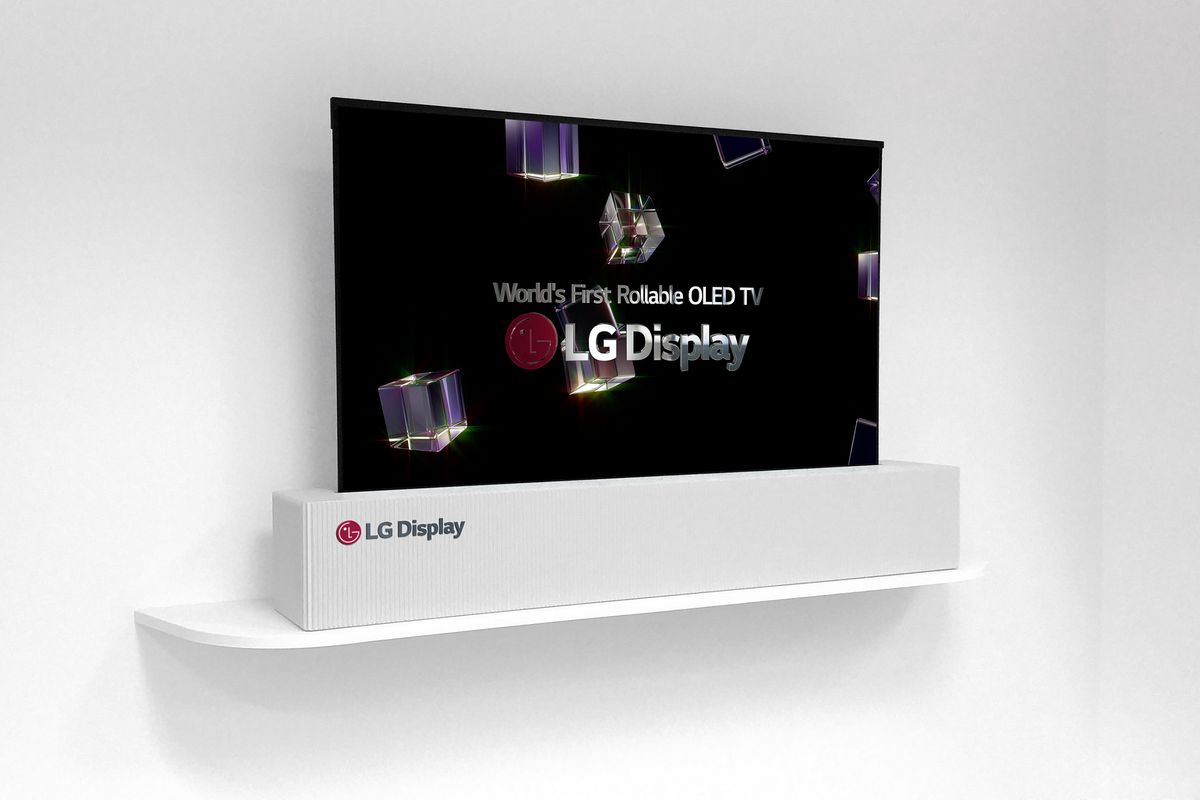 There’s nothing more impressive than sitting in a home cinema about to watch a film, when all of a sudden, the screen drops from the ceiling. It’s a simple thing, but it builds anticipation and turns watching a movie into an event. Thankfully, soon users will be able to get the same feeling from watching TV, as LG has shown off a rollable TV that rises out of nowhere.

Hidden inside a rather bulky base unit is a razor-thin 65in OLED display that is tightly wrapped around a roller that can raise or lower the TV at a moment’s notice. This isn’t the first time LG has shown off the flexibility OLED can afford, however. Back in 2016, the company showcased an 18in screen that could be folded up like a newspaper; this is just a refinement and scaling up of that technology.

Currently this TV is still in the development stage, with LG Display hoping that a manufacturer will pick up the technology to place it into a retail model. The likely expense of the innovation is likely to put off most, however, with many TV makers already wary of the high-price of traditional OLED displays.

The model being showed off at CES 2018 has some interesting tricks up its sleeves. Outside of its massive 65in dimensions, the TV also offers 4K resolution, and the ability to be hidden away when not in use. Rather conveniently, this TV also doesn’t need to be lifted all the way up to interact with it. At CES 2018, LG Display has been showing off a music listening function that allows the TV to only lift to a quarter of its full height. In addition, this function can give users a quick glance at important information – such as calendar appointments or the weather forecast.

There are other advantages to the rollable format, with the TV being able to eradicate those annoying black bars – thanks to its ability to resize to whatever content is being played on it. That means those watching a TV show in 16:9 can enjoy the full size of the screen, while those viewing a 21:9 blockbuster will see the TV lower.

This rollable TV concept isn’t quite the revolution that some will have wanted, as the base unit is quite hefty and would look odd atop a traditional cabinet. Further refinement in the technology could lead to big things, however. It could mean at some point in the future, installers will be able to embed TVs in either the ceiling or floor and have them lift up out of nowhere.