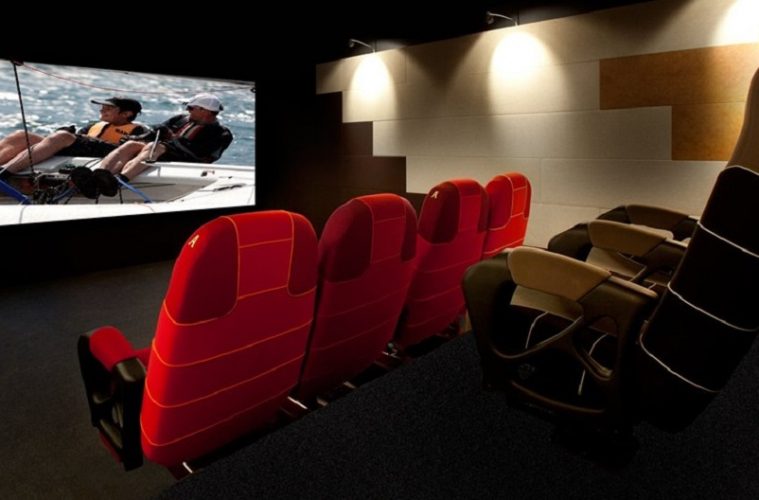 ISE 2016 was full of highlights, even if it was a little light on residential announcements at this year’s show. One of the key residential announcements at the show however took place at Harman Residential’s stand in hall 1. It was here that the company rolled out its JBL Synthesis SCL-3 and SCL-4 compression driver in-wall/in-ceiling speakers, alongside the JBL SDP-75 surround processor and JBL 4367 studio monitor speakers.

The SCL-3 and SCL-4 are the first two models from the JBL Synthesis custom loudspeaker range. They boast many of the same technologies and components one would typically expect to find in the company’s professional speaker line-up – and it’s noticeable in the demo JBL gave CE Pro Europe.

“The JBL brand is synonymous with providing the ultimate in cinema sound excellence,” says Jim Garrett, director of marketing and product development, Harman. “The JBL Synthesis SCL-3 and SCL-4 loudspeakers are designed to take advantage of our professional grade loudspeaker technologies, materials and manufacturing processes to bring this same level of quality to the home theatre experience.”

That wasn’t the only technology that blew CE Pro Europe away at the company’s demo however. Powering the system was the SDP-75 processor, a result of a strategic global partnership between JBL Synthesis and Trinnov Audio.

Boasting Dolby Atmos, Auro3D and DTS:X, CE Pro Europe was treated to a demo of all three of the formats. While Dolby Atmos and Auro3D have been around for quite some time, this was the first time experiencing DTS:X. If this demo is anything to go by, then it’s certainly a contender in the 3D audio space.

The demo included a video of a cartoon frog chasing a fly. It was the perfect, humourous choice for showing off the 3D audio format and was certainly a good way to showcase the difference between it and Dolby Atmos.

DTS:X allows home cinema designers to the speakers pretty much anywhere they want to and have the system intelligently map the correct sounds to each speaker – giving a much easier 3D audio set-up than some of its competitors.

JBL’s processor however doesn’t care what format users want, as it supports all three. It’s not the only processor on the market to do that however.  In fact, Auro’s new hardware division offers exactly that – a format agnostic sound processor.

The final piece of JBL Synthesis’ puzzle at ISE 2016 was the 4367 Studio Monitor, created to bring professional-grade JBL performance to home audio.

The annular diaphragms are not subject to the break-up modes of a conventional dome diaphragm, and the use of two voice coils yields a dramatic increase in output and power handling, resulting in what JBL describes as ‘extraordinary clarity and resolution with a rich, musically involving midrange and smooth, accurate high-frequency reproduction’.

Alongside its own technology, JBL also used a Lumagen Radiance XE video scaler, 140in Screen Research screen and an NEC 1100 digital cinema projector.