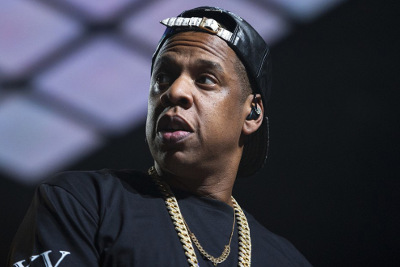 Jay Z – via Project Panther, owned by S. Carter Enterprises made his initial offer of $56 million in January 2015, although proceedings were previously halted due to a group of minority shareholders (owning 10% of Aspiro) rejecting the music mogul’s bid on grounds that “Project Panther Bidco hasn’t made clear its plans for international expansion, nor the calculations that went into the initial $56 million bid”.

However the shareholders have seemingly had a change of heart, as the acquisition has been given the green light.

Fredrik Bjørland, chairman of the independent bid committee for Aspiro, spoke to CE Pro Europe: “Project Panther (Jay Z) has announced they have reached more than 90% acceptance for they bid and will complete the offer.

“We believe the new owner will make great contributions to the further growth and development of Aspiro/Tidal.”

Jay Z’s company published the following statement: “Panther believes that the recent developments in the entertainment industry, with the migration to music and media streaming, offers great potential for increased entertainment consumption and an opportunity for artists to further promote their music. Panther’s strategic ambition revolves around global expansion and up-scaling of Aspiro’s platform, technology and services.”

The news echoes that of 2006 when Beats Electronics was founded by fellow rapper and hip hop producer Dr. Dre and Interscope Geffen A&M Records chairman Jimmy Iovine who complained about music piracy and the perceived poor quality of Apple’s plastic earbuds.

Since 2012, popular subscription-based online music service Beats Music has been in operation, which was later bought by Apple as part of a $3bn acquisition of its parent company Beats Electronics.

As part of the acquisition, Beats co-founders Jimmy Iovine and Dr. Dre joined the Apple family.

“Music is such an important part of all of our lives and holds a special place within our hearts at Apple,” comments Tim Cook, Apple’s CEO. “That’s why we have kept investing in music and are bringing together these extraordinary teams so we can continue to create the most innovative music products and services in the world.”

“I’ve always known in my heart that Beats belonged with Apple,” said Jimmy Iovine as the acquisition was announced. “The idea when we started the company was inspired by Apple’s unmatched ability to marry culture and technology. Apple’s deep commitment to music fans, artists, songwriters and the music industry is something special.”

What does Tidal offer, exactly?

The only App in the world that works with DLNA, Chromecast, Bluetooth and Airplay

This music streaming company is offering a free, three-month subscription