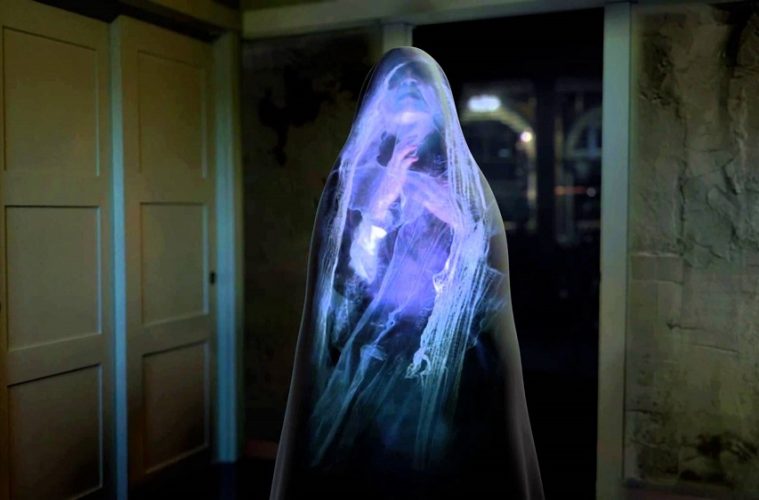 How To Create The Spookiest Haunted House This Halloween

Halloween is almost upon us and whilst installers are typically focused on installations that will last quite a long time – here are a few tips and tricks for installers wanting to create the best haunted house in town.

For installers who have been approached by customers to create the best tech-filled Halloween solution, many of the items needed to create a haunted house can already be found in typical installations; namely projectors and TVs.

Using Atmosfx’s range of AtmosFEARfx animations, installers will be able to conjure up ghosts, zombies, ghouls, witches, creepy crawlies and much more.

So how does it work?

For some of these effects installers will want to make sure that the projector used is capable of emitting an image at least 1,800 lumens bright. HD or SD projectors can be used – although the HD images will look better. Throw distance is also unimportant – any can be used – although obviously if a bigger image is required, installers are going to either need a short-throw projector or move the projector further from the wall.

Installers can create the ultimate haunted house by having ghosts materialise from the wall, or even create singing pumpkins to entice children to come closer.

Projecting onto walls is one of the most popular ways to produce digital decorations and for the seasoned installer, it’s probably the easiest too.

To project a realistic image onto a wall, the wall will need to be light in colour; if it’s a black wall it won’t show up too well.

The animations also work best on plain walls, so patterned wallpaper or bookshelves may not be the ideal spot for these projections; for these types of surfaces, the shadow mode will be most effective, which gives characters a black silhouette rather than a full colour image.

While the wall should be bright, the room should be dark. For digital decorations, the darker the better.

Interior and exterior walls may be popular surfaces, but if those are unsuitable, projecting onto floors or ceilings will work just as well.

Use the projector to cover the floor in cockroaches or spiders, or create the illusion that zombies are breaking through the ceiling from the floor above.

For skeletons or ghosts, project them into the corner. This creates an optical illusion making the character appear three dimensional adding to the fear factor; although Atmosfx does warn that it may not work with all effects.

They aren’t the only surfaces you can project on however.

Most haunted houses will include some kind of prop, whether it be cobwebs or tombstones; both of those can be projected on to enhance the physical effects.

Just line up the pumpkins with the projected faces, reduce any ambient light and that’s it. The pumpkins will come to life to tell scary stories, sing and even make funny faces.

There are some things to take into account however; make sure the projector can project true black, otherwise there will be a faint rectangular box around the effect, ruining the illusion.

Of course, if that’s the only projector to hand, a diffuser should ensure that this problem doesn’t occur again.

One of the most effective and overlooked effects for any haunted house is having ghostly creatures in the window. For anyone who has been to Disneyland or Disney World – Disney use this to great effect at its Haunted Mansion. Now, with Atmosfx, installers can bring that same spookiness to customers’ homes.

All Atmosfx animations have window effects meaning there is a wide range of options available to the end-user. Whether it’s singing Jack-O-Lanters or murders inside the house – there’s bound to be something for everyone.

The most basic way to transmit images onto a window is to hang a translucent white material over the window. Projecting directly onto the pane of glass won’t be effective, as it’ll pass right through (obviously).

Atmosfx sells its own projection material which is a static plain vinyl film available in standard and professional grades, but installers can choose their own material to suit each installation.

The next thing to take into account is the distance from the window – make sure the screen is covering the whole of the viewable area, otherwise the effect won’t be very spooky. Don’t worry about part of the image being cropped, most of the action happens in the centre.

Narrow windows are not a problem as many of the effects come in a vertical mode which will allow installers to turn the projector on its side for a tall image.

Like on solid surfaces ambient light needs to be kept to a minimum so as to not pollute the image. This means a completely black room will be most effective.

Physical effects can also be added for some extra realism.

‘Hollusions’ can go in doorways, hallways or even the garden to create an effect of a three dimensional being standing there in front of you.

Ghosts can materialise out of thin air, or a gang of skeletons can jump out of the ground in the garden – but beware, these aren’t actual holograms, it’s just an illusion.

Like on the windows, installers will need a semi-transparent mesh-like material hung wherever they want the hologram to appear.

Then project any of the digital decorations available right onto the mesh – that’s it.

Some of the inexpensive materials that can be used include bridal mesh, fine gauze, mosquito netting or scrim.

To get an idea of how well the material will handle the projection, use a torch to shine a light through it. If the material preserves the sharpness of the beam – then it’s good to go. If it disperses the beam too much throughout the surface and creates a blurry blob of light, it’s no good for this use case.

The material will need to be fairly see through however, otherwise the illusion will be pretty obvious.

Installers can hang the material in a doorway, hallway or even across a whole room – as long as the material can be stretched tort for a flat, even surface.

To decorate outside, put up a frame to accommodate the mesh or use an existing archway where the material can be hung.

The illusion can be done either using front or rear projection – it completely depends on the space the installer is working with.

If projecting from the front, keep in mind that the projection could spill onto the background and create a double image.

Unlike some other effects – ambient light can be used with these illusions, but only as long as the lighting is used sparingly and it’s behind the mesh.

Finally, this is probably the easiest way to create digital decorations as it uses the most ubiquitous device in many people’s homes – the TV.

Any display can be used in place of the television and it works by simply loading the effects onto the display and pressing play – it couldn’t be easier.

If that’s not impressive enough, then there are ways to enhance the TV viewing experience.

First, cover up the shiny border around the display with something like a frame or anything else that will make it blend it in with the environment.

Add a few cross beams to the frame and the TV can appear like a window – perfect for certain effects where the installer doesn’t want the hassle of beaming onto an actual window.

Those are some of the ways installers can create an extra spooky house for Halloween, but it’s not the only time of year Atmosfx can be used.

Alongside AtmosFEARfx, the company also offers AtmosCHEERfx – ideal for any time of year when there’s something to celebrate.

Whether it’s the illusion of Santa Claus being actually inside the home or a fireworks spectacular to celebrate the New Year – there’s plenty of use cases for Atmosfx effects.

The effects can be purchased in different packages – with a variety of options available. Installers will also have the choice between a SD DVD and an HD digital download, depending on what’s more suitable for the installation situation.

All Atmosfx effects can be purchased from the company’s website and range in price from $9.99 for individual scenes to $59.99 for an HD digital download package.