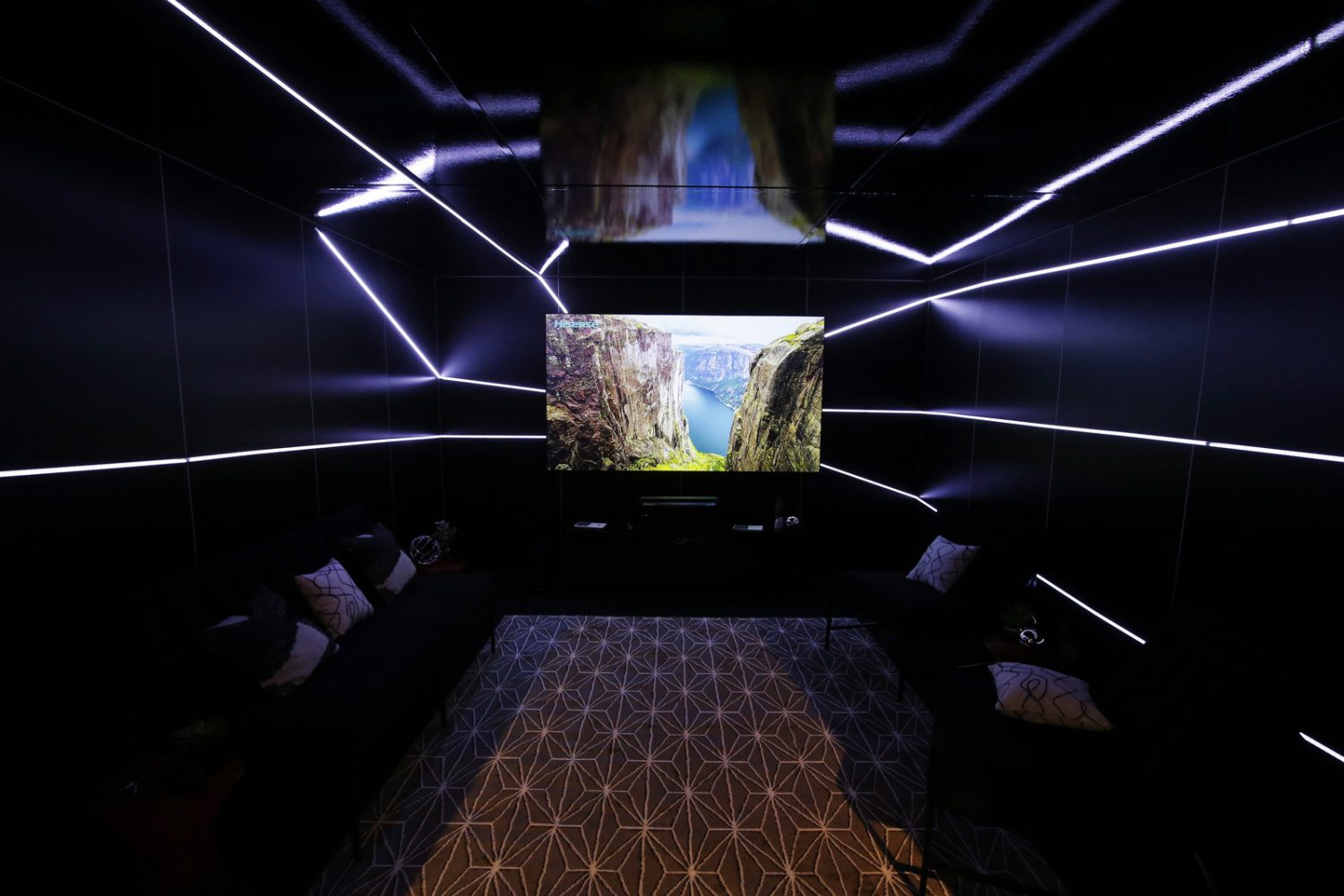 Several manufacturers have promised a ‘home cinema in a box’ before, but Hisense’s 100in 4K Ultra HD smart laser TV may actually come close to offering it.

Hisense’s marketing is probably a little misleading, however. While it’s being called a ‘4K Ultra HD smart laser TV’, that couldn’t be further from the truth. That’s because it’s not actually a TV, with the set-up made of a short-throw projector, 100in passive screen from Screen Innovations, and a Harman Kardon sound system.

“In addition to an unapologetically amazing viewing experience, the Hisense Laser TV can be easily incorporated into any home environment as it does not require a special darkened environment or cumbersome equipment. The thin, lightweight, 100in screen hangs effortlessly and elegantly, complementing any space or design style.”

So why has Hisense called this a smart laser TV? Well, the company claims that this short-throw projector has been specifically designed to be used in any lighting conditions. That means even in bright daylight, this home cinema in a box should still be as watchable as it will be in pitch black. Hisense says that it achieved this feat by pairing a proprietary laser light source with a 3,000-lumen output.

As it’s a laser light source, it should have a long-life time, with Hisense claiming a life span of 20,000 hours. That pales in comparison to an LCD TV, which claims to last for 100,000 hours. That means that the cost of ownership could be significantly higher for those going with Hisense’s definition of a ‘TV’.

There are some benefits to owning one of Hisense’s laser TVs, however. The company claims that it’s offering renders images faster than LED TVs thanks to its Smooth Motion Plus Technology, while it’ll likely be a lot cheaper to buy one of these than a 100in TV.

Installing Hisense’s 100in 4K laser TV should be pretty easier. That’s because there isn’t much to install – simply placing the projection screen on the wall and the projector beneath it should do the job. In terms of audio, the system also comes with a Harman Kardon sound system, which includes a wireless subwoofer. This doesn’t need installing either, as it’s only a 2.1 system, and the two speakers are hidden inside the projector box.

While it’s wrong to say that Hisense has developed a ‘laser TV’, the company has offered a lot of features that are more commonly associated with a tradition set. That includes everything from a smart UI, with access to apps such as Netflix and YouTube, to a dedicated TV tuner to watching the latest live content from ITV and the BBC.