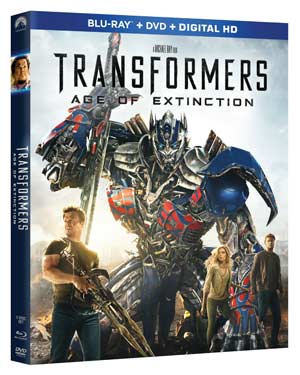 “Dolby Atmos, the most significant audio advancement in home theatre in the last 20 years, brings consumers deeper into the story by delivering an experience that moves sound in every dimension throughout the room with amazing clarity and true-to-life detail,” says Doug Darrow, senior vice president, Dolby Laboratories. “Pioneered and perfected in the cinema, Dolby Atmos has generated tremendous excitement from the home theatre industry and enthusiasts alike. We have teamed up with an amazing group of industry leaders to give consumers around the world the very best entertainment experience when they choose to watch a Dolby Atmos movie in their home.”

Warner Bros. will also be among the first studios to support Dolby Atmos via online streaming and Blu-ray. “By leveraging new technologies like Dolby Atmos, we can deliver a more enriching and realistic experience that taps into the power and location of the audio, to draw fans deeper into the story unfolding on the screen,” says Jim Wuthrich, president Of The Americas, Warner Bros. Home Entertainment.