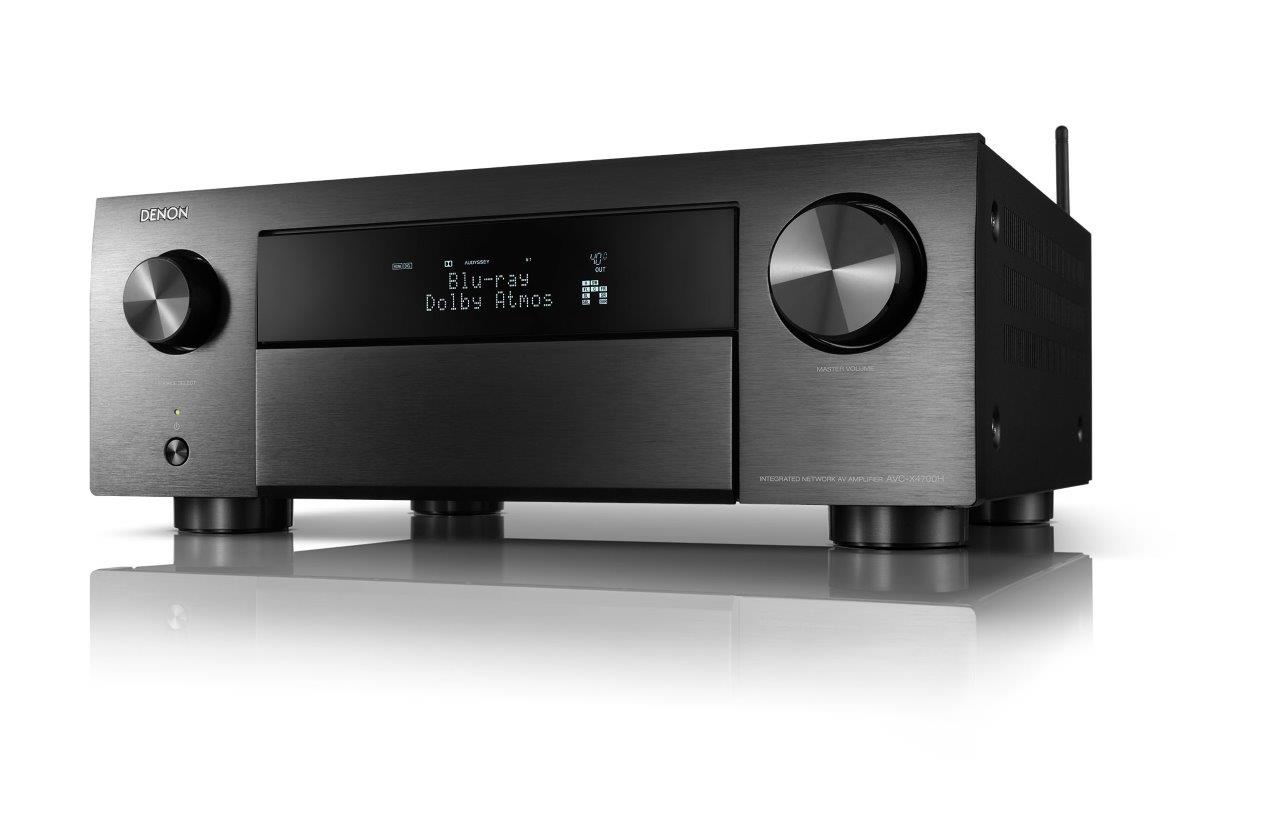 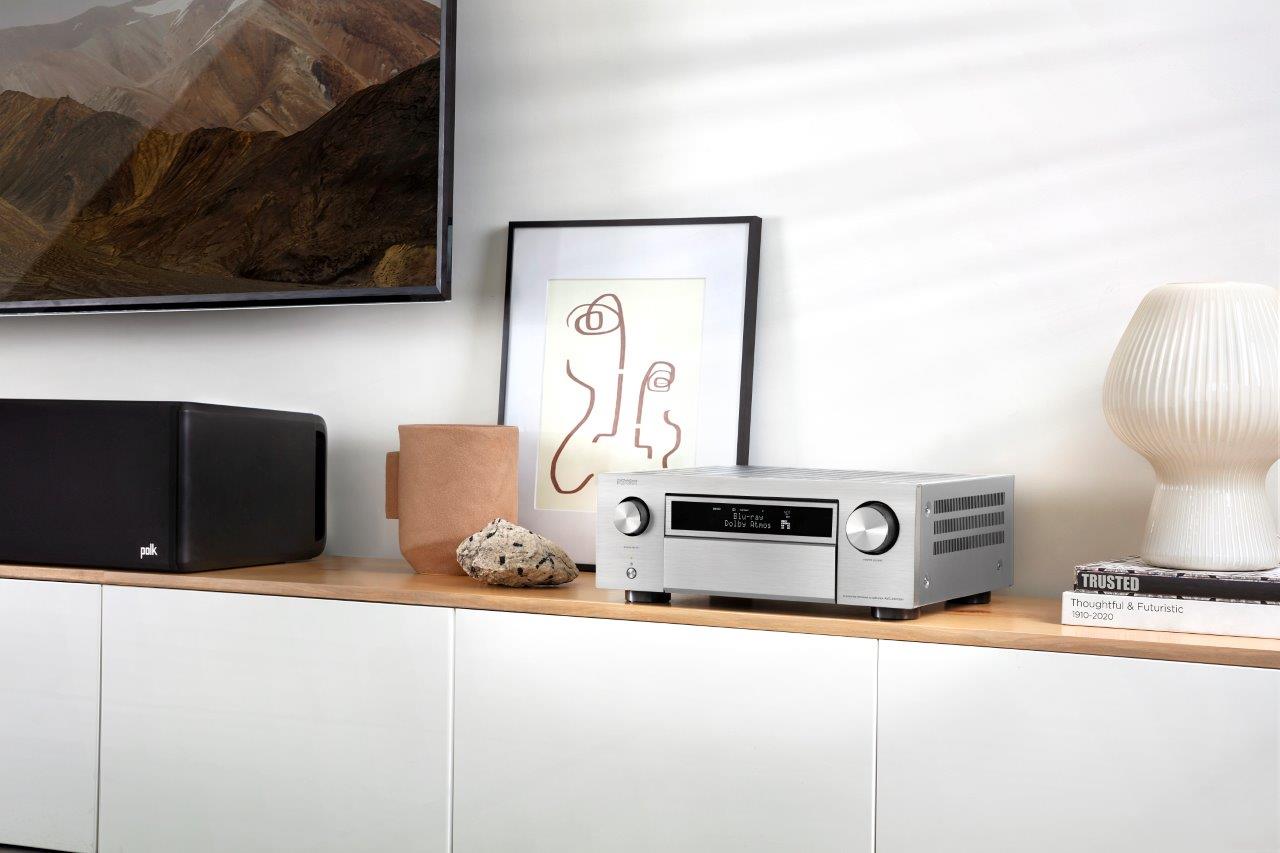 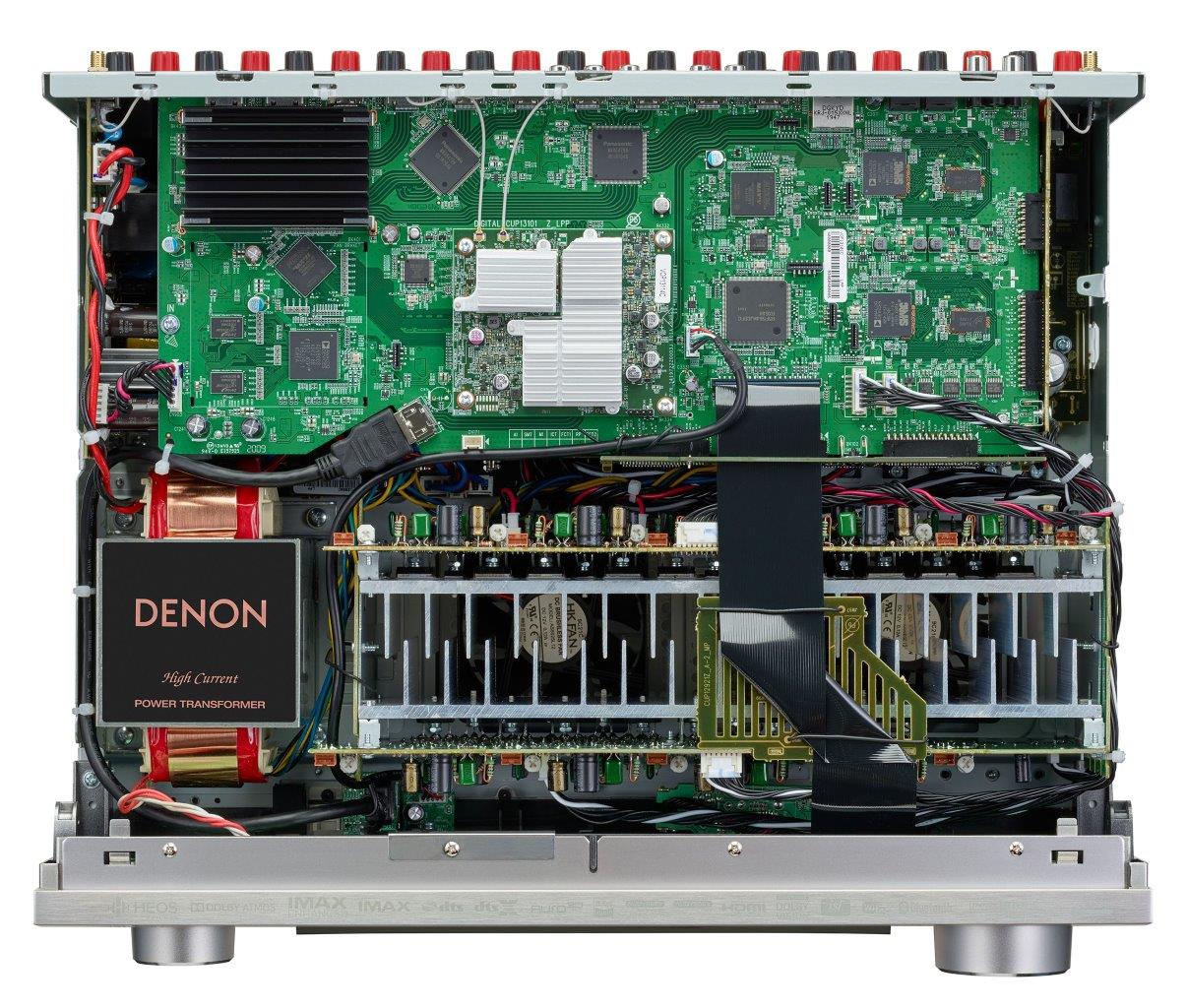 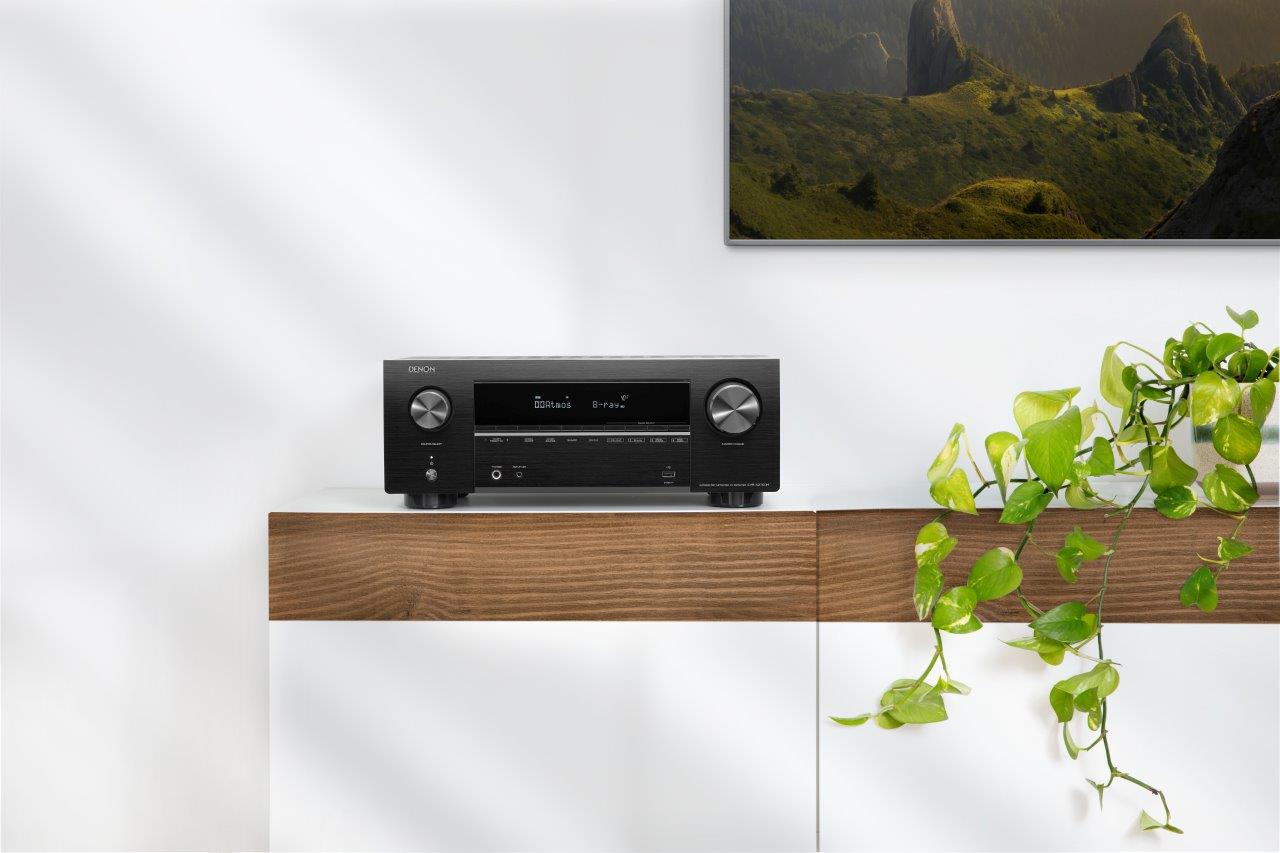 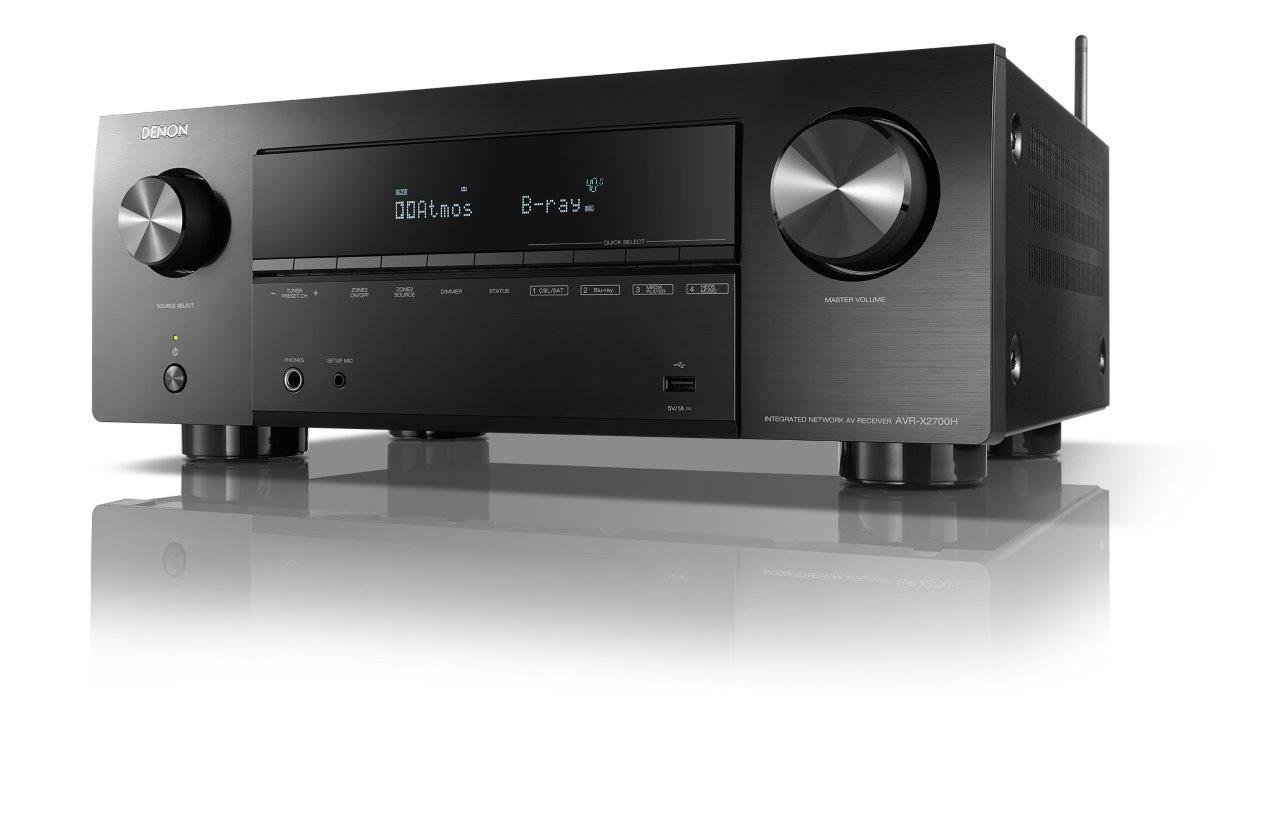 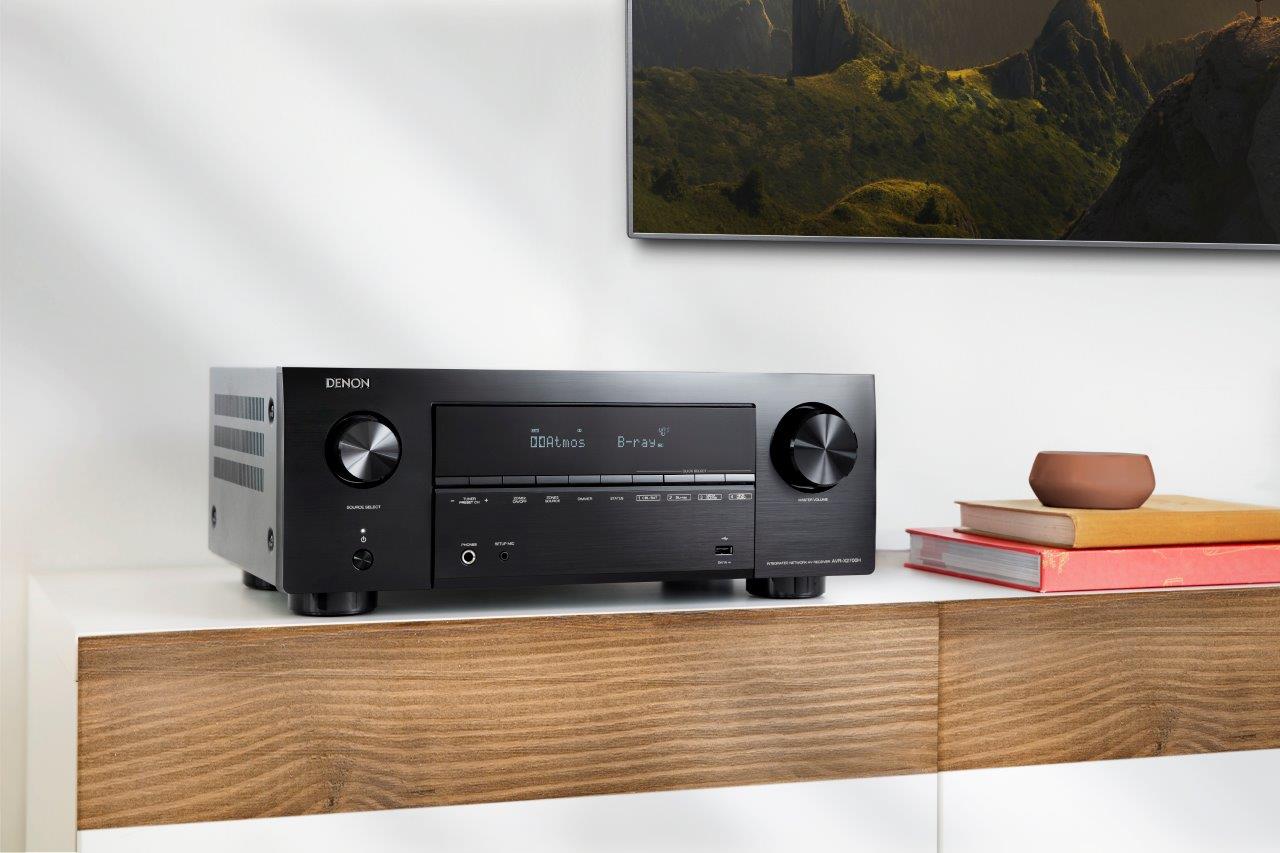 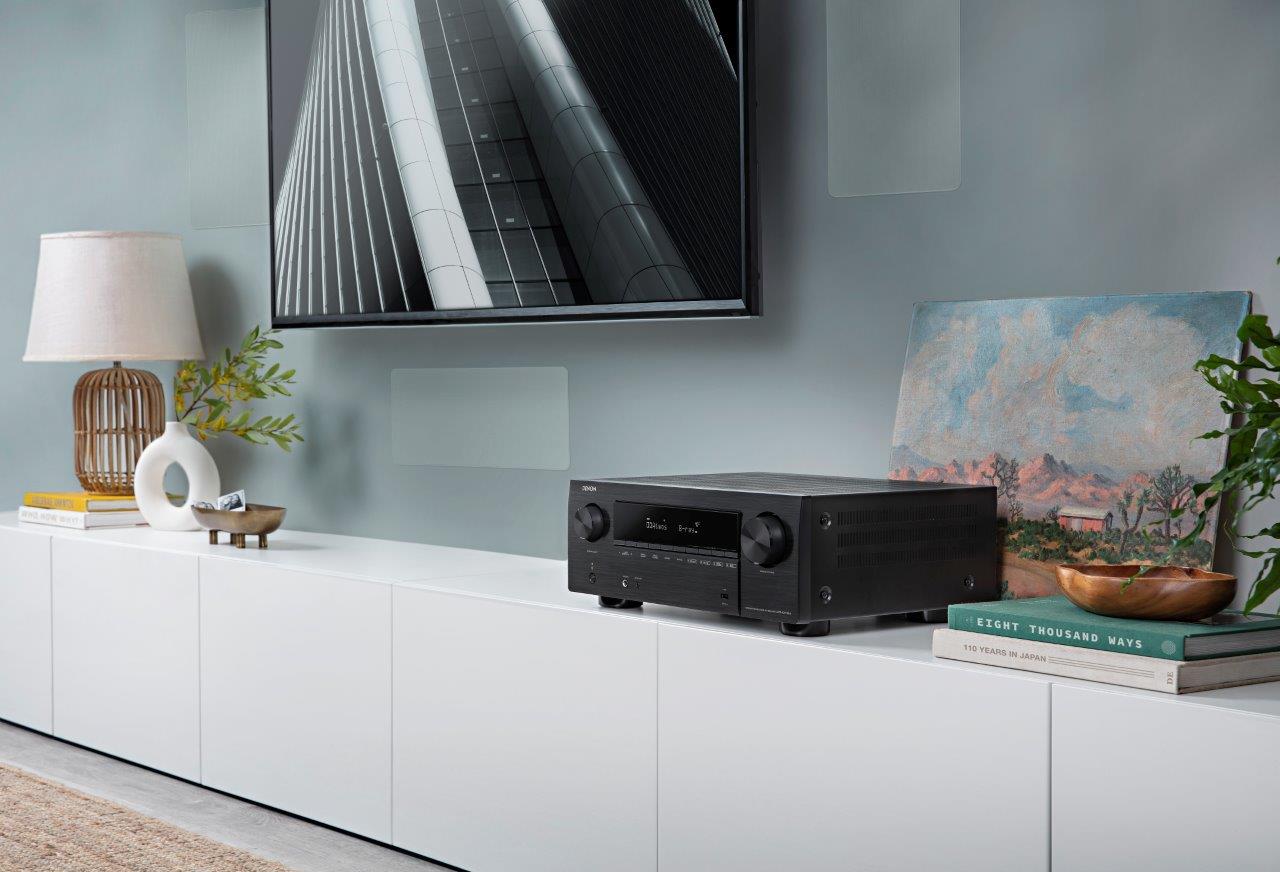 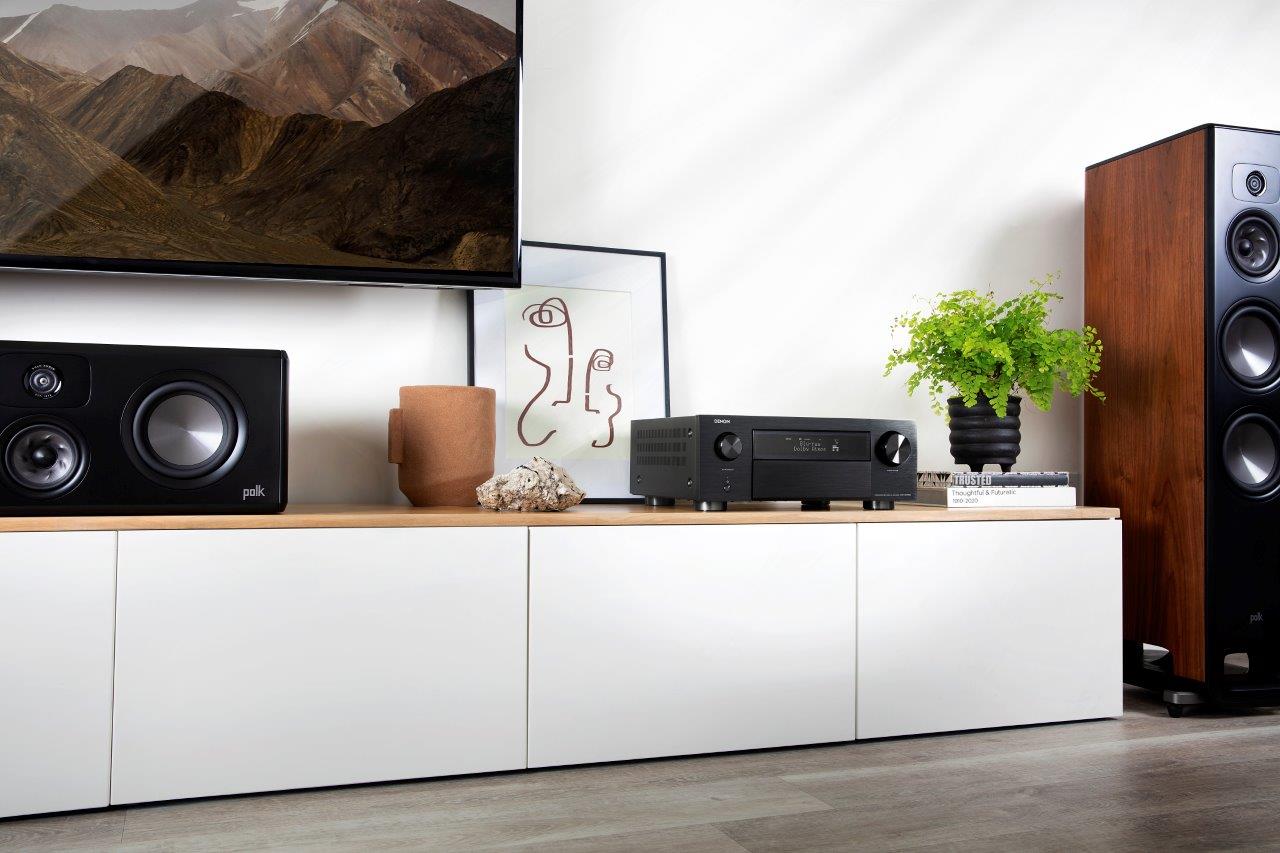 Denon has announced the industry’s first 8K-ready AV receivers. Building on its line of X-Series AVRs, the Denon AVC-X6700H, AVC-X4700H, AVC-X3700H, and AVR-X2700H usher in the next generation of home theatre, music and gaming superiority says the maker.

Denon is not only introducing the first 8K-ready receivers, but also celebrating the 110th anniversary of its existence. The company says 8K is an exciting update and the new X-Series AVRs offer a suite of new features that home theatre enthusiasts, music lovers and gamers can enjoy. Getting the home theatre ready for future 8K spread out including eARC and HDR10+, and enjoying 4k/120kHz gaming with VRR, QFT, QMS and ALLM right away are the key criteria of the new line up of Denon AVRs fulfill. All of the new models are said to process ease of use and excellent sound quality.

The Denon X-Series AV amplifiers and receivers have been created to deliver the ultimate home theatre and take advantage of the latest HDMI technologies. With high picture quality and immersive audio decoding capabilities, Denon claims it is easier than ever to replicate the theatre experience at home.

As well as being read for the 8K future, the X-Series can also upscale existing HD and 4K content to 8K[1] so more people can experience the power of 8K resolution. However, here obvs you have to have an 8K compatible TV.

The X-Series also continues to support eARC (enhanced Audio Return Channel), which delivers uncompressed and object-based audio from the TV to the receiver via a single HDMI cable. TVs play video directly from TV apps at best available picture quality—either 4K or 8K—while the receiver identifies the best available surround format for decoding.

With eARC and the latest HDMI connectivity up to 8K Ultra HD, the new X-Series AV receivers provide effective connections with the latest 8K TVs, streaming devices, gaming consoles and other source players.

The AVC-X6700H will also support DTS:X Pro, which will allow users to enjoy up to 13 channels of DTS:X decoding with speaker configurations such as 7.2.6 or 9.2.4. Listeners can also enjoy the latest in IMAX Enhanced films in 7.2.6 or 9.2.4 speaker configurations thanks to newly adopted 13.2 channel processing capabilities with external amplification.

The DTS:X Pro feature will be delivered via firmware update later this year.

The AVR-X2700H supports up to 7 channels of amplification. Auro-3D engine is supported by the AVC-X6700H and the AVC-X4700H. IMAX Enhanced decoding is supported by both receivers as well as the AVC-X3700H.

Denon now also supports a new ‘Pre-Amplifier’ mode for the AVC-X3700H, AVC-X4700H and AVC-X6700H, previously only found on Denon’s flagship AVC-X8500H. Pre-Amplifier mode provides a clear signal path and more tolerance in clipping levels by disconnecting internal amplifiers when the receiver is used as an AV processor and all speakers are powered by external amplifiers.

With HEOS Built-in, the X-Series AVRs can stream music wirelessly across compatible HEOS components from a variety of free and premium streaming services, including Spotify, Napster, Amazon Music HD, TuneIn, Deezer, SoundCloud and TIDAL. Consumers can also enjoy their favourite music in any room of the home wirelessly. Play the same song in every room or select a different song for each connected room via a variety of streaming sources. Add Denon Home speakers to more rooms and control it all with the HEOS app. Apart from HEOS, Apple AirPlay 2 and Bluetooth are also supported. Apple Music streaming is supported through AirPlay 2.

Denon X-Series AVRs are also Roon Tested certified so users can get more out of their music libraries through the Roon music interface on their PCs and smart devices. Denon Roon Tested AVRs can be found and setup by Roon via AirPlay 2 or hardwired into a Roon Core device. Besides Hi-Res network audio streaming, each receiver features a front-panel USB port that offers convenient audio playback of MP3 and high-resolution audio formats (WAV, FLAC, ALAC and DSD 2.8/5.6 MHz files).

Voice control and set up

These new AVRs also work with Amazon Alexa, Google Assistant, and Apple Siri for voice control. Listeners can use Amazon Alexa for a variety of commands, including switching inputs for different media players, while the Google Assistant and Apple’s Siri can be used to adjust the volume or skip to the next track as well as other basic commands.

By visually guiding users through each step in the setup process, Denon’s Setup Assistant makes it easy to get X-Series AVRs started and shorten the time before enjoying the Denon audio quality significantly, says the maker.

Because every home theatre is unique, Denon uses premium room calibration technology from Audyssey that automatically takes precise measurements and optimises the receiver’s performance, providing the finest 3D audio experience tailored to the acoustic properties of the space.

The 2020 X-Series models now support the newly adopted Dual Speaker Setup Preset function which allows users to store and instantly switch between two speaker configurations. For example, users can store both the Audyssey calibration result straight from the receiver and a customised MultEQ curve or frequency range made through the Audyssey MultEQ editor app on the receiver simultaneously, allowing users to easily compare differences and select their preference.

Listeners can also perform Audyssey measurements for two different speaker settings, including 2.0 for music listening and 5.1.4 for movie surround.

Lots packed into these machines from one of the most experienced makers around, maybe 8K does not feel so far of anymore?