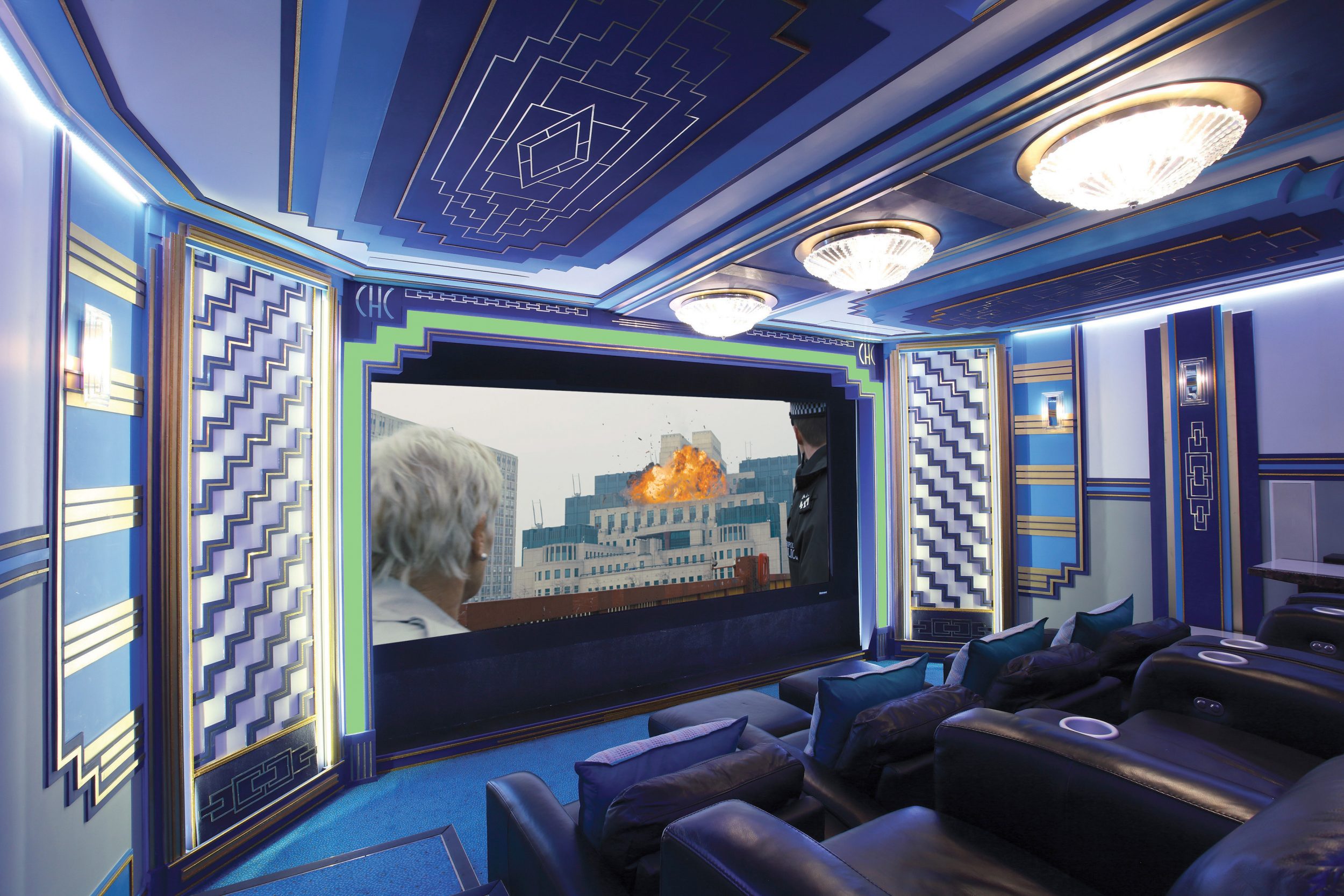 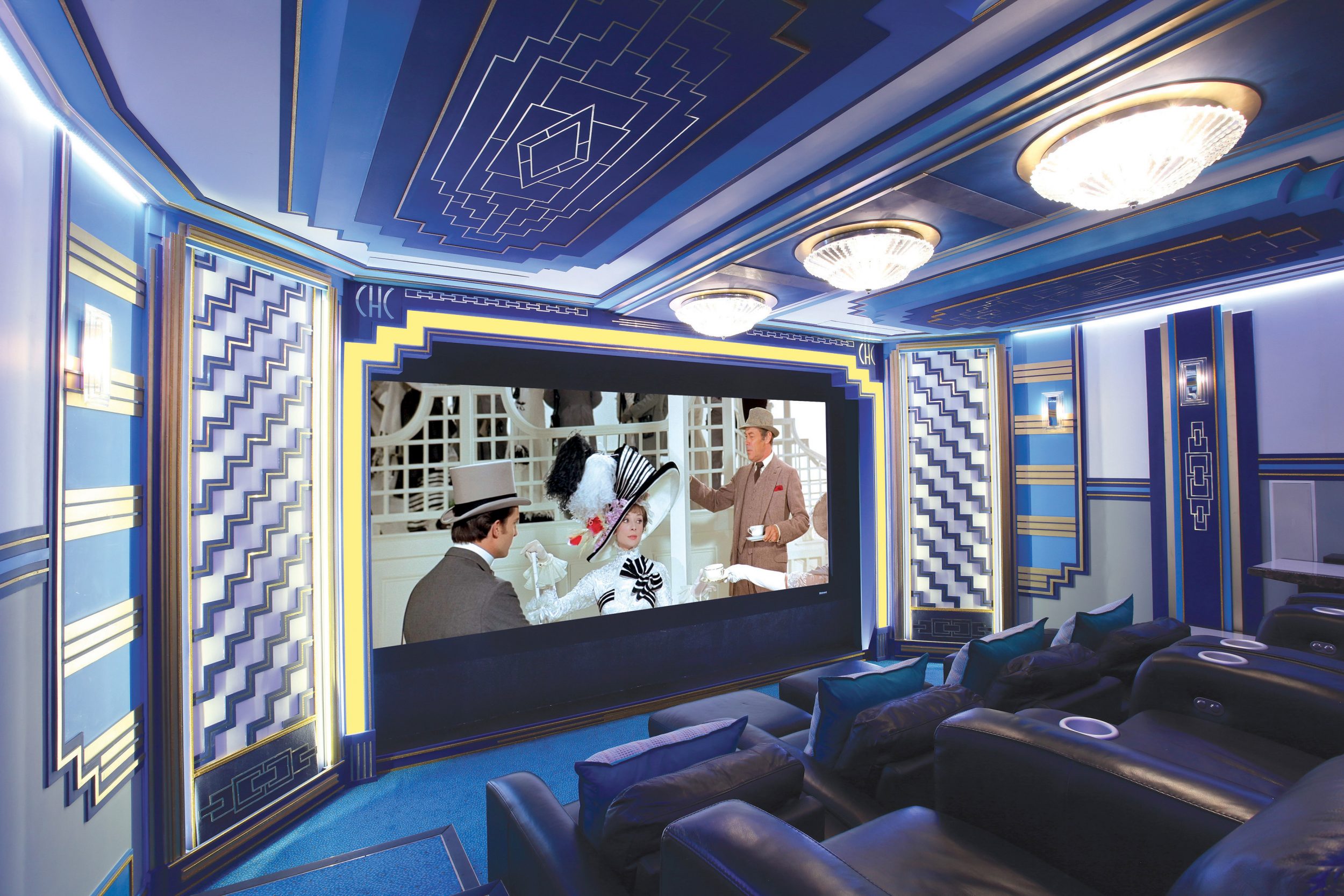 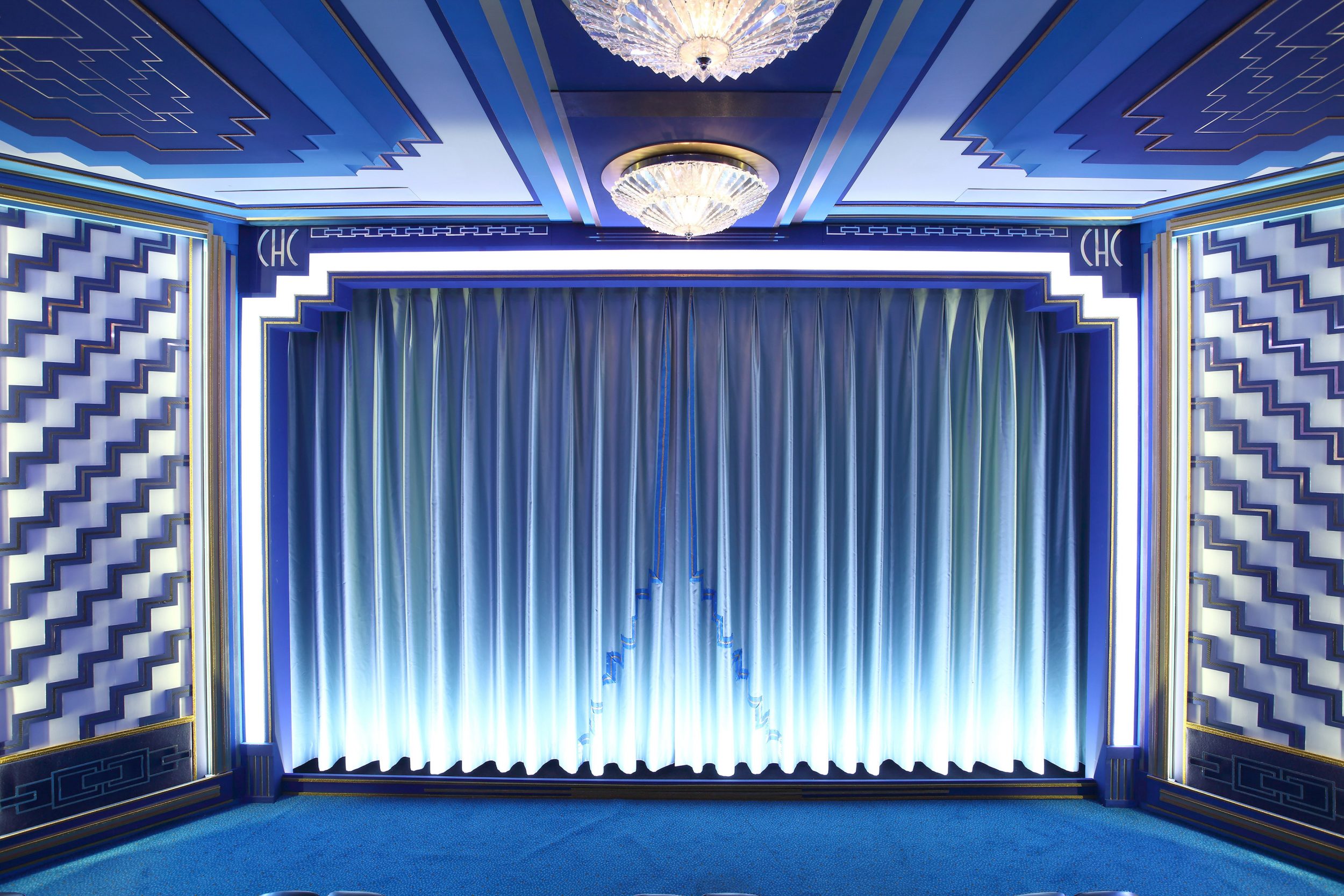 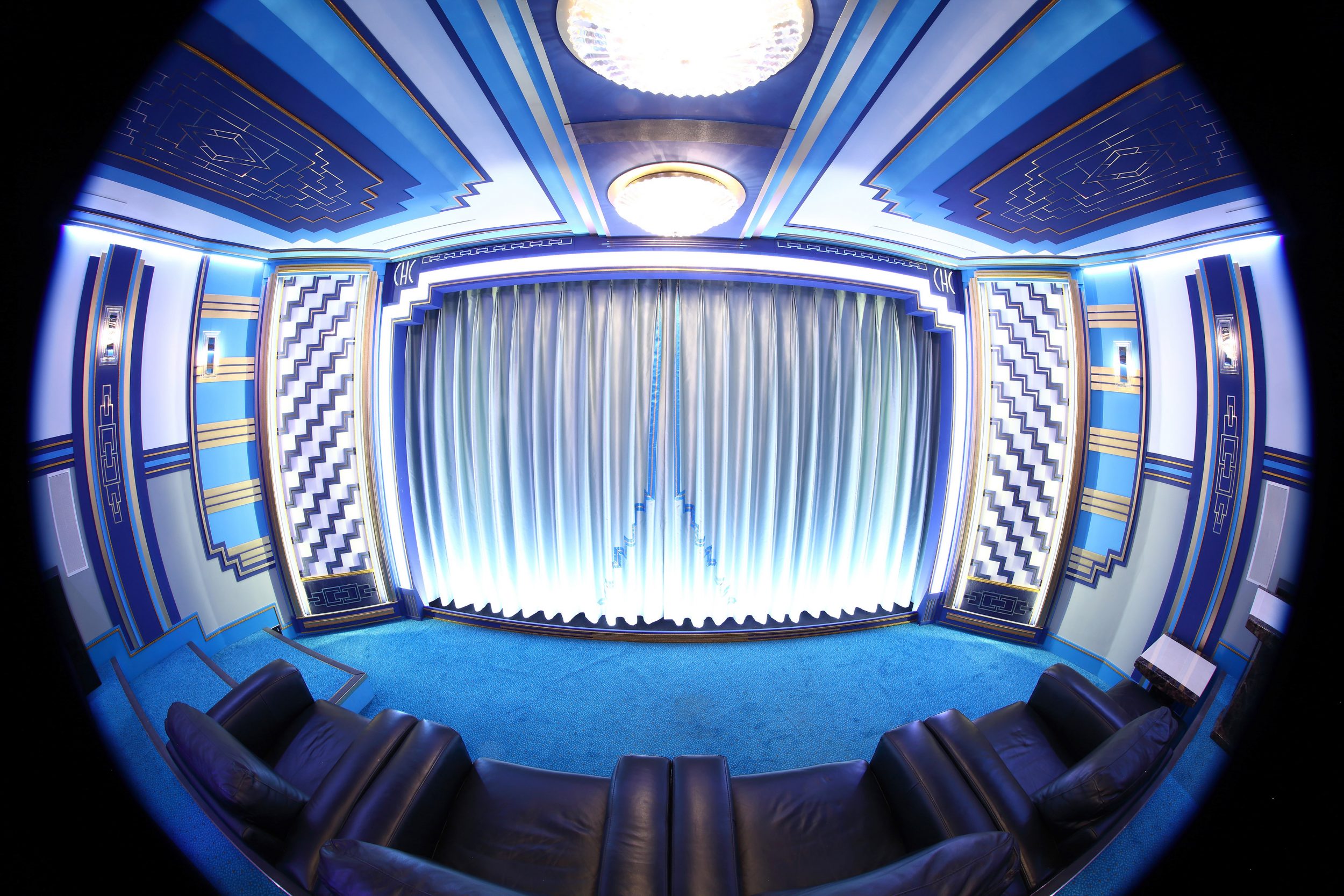 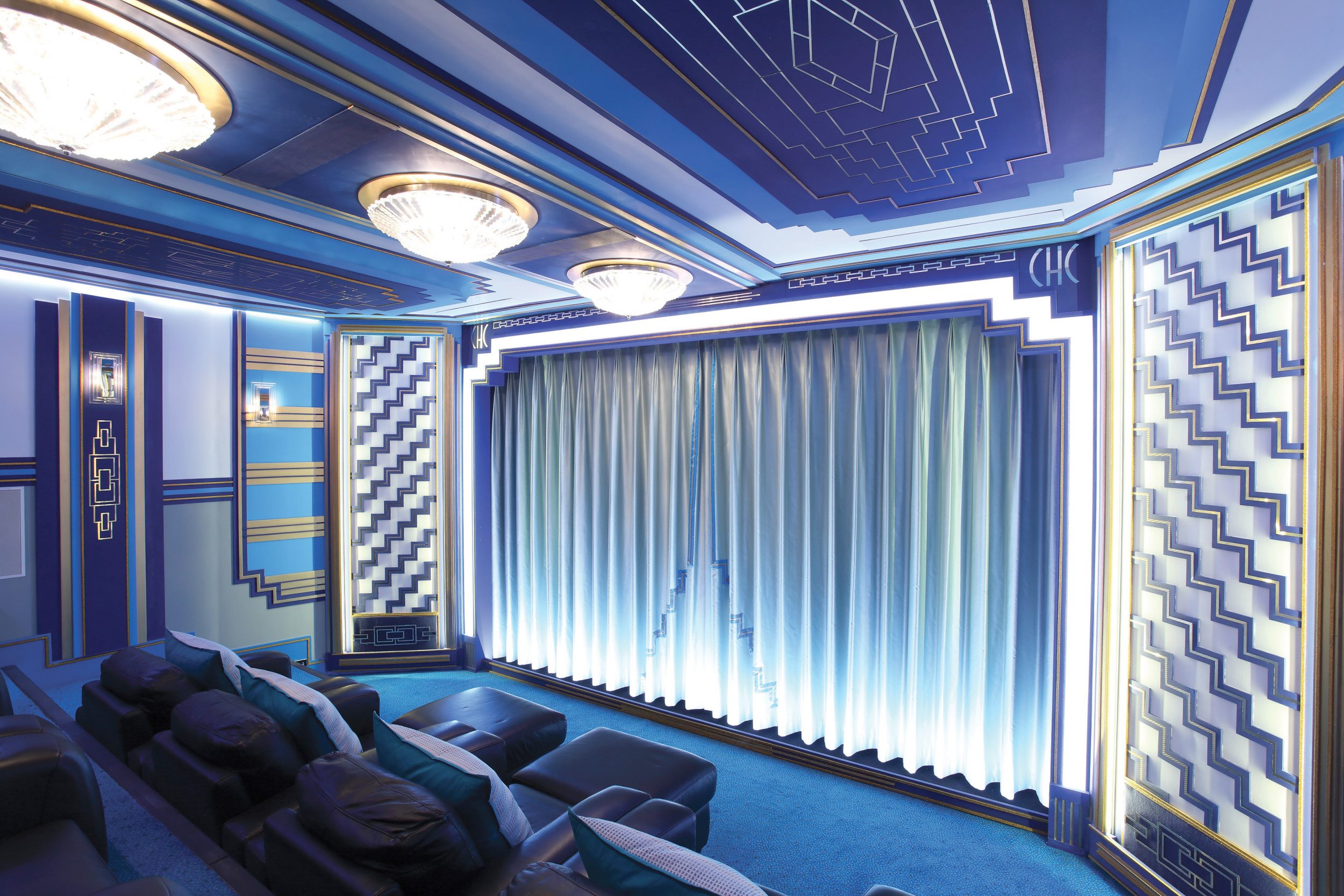 City Home Cinemas is getting ready to swing up the doors to its new Art Deco Modern home cinema showroom in Eltham, London, with invitations having been sent out for the grand opening on October 6 2016.

This incredibly lavish home cinema is designed to allow potential customers to take a look at some of the very best work City Home Cinemas is capable of. It is also a good example of the sort of cutting-edge technology the company uses in its installations.

The construction of the cinema took 3.5 years to complete and is a conversion of City Home Cinema founder Peter Walker’s old office. It’s also a project that was completely designed by Peter himself – by hand.

Despite having dreamt of the cinema as far back as 2003, it wasn’t until the launch of the Sony VPL-VW1000ES 4K projector launched at ISE in 2012 that Peter pushed ahead with his plans. Despite falling in love with the Sony projector enough to purchase one, it’s not the projector on use at the showroom; that’s mainly down to its inability to handle certain signals. Instead, City Home Cinemas installed an Insight 4K laser projector which powers the visuals in the showroom.

Despite all of that cutting-edge equipment, Peter’s favourite aspect of the install is the motorised curtain. Speaking to Home Cinema Choice, he notes: “Waiting for the curtains to open you get a tingle at the back of the neck.”