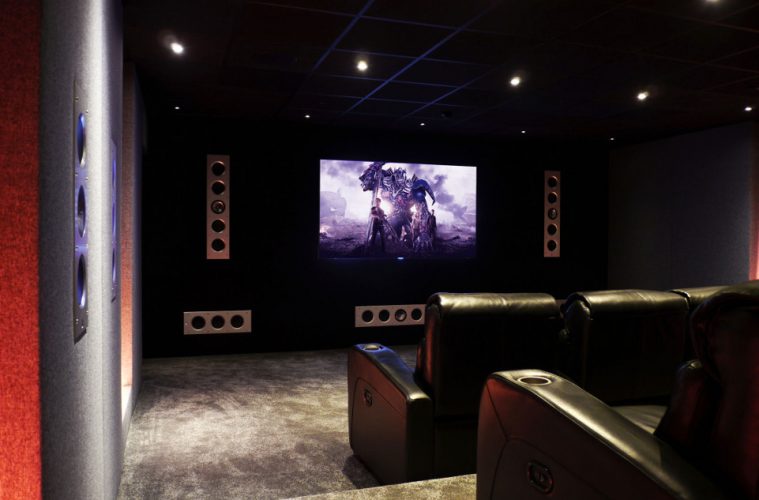 AWE opened its doors on the 27th – 28th October and invited installers, manufacturers and the media to be the first to find out about new products launches, new distribution announcements and experience the upgraded AWE cinema.

“The AWE Expo is always a popular event” comments Stuart Tickle, managing director of AWE. “Having hosted this type of event several times over the last 10 years, we know what excites visitors, and this year, we made no exception. As always, we had several exciting announcements to make, but what we enjoy most, is the opportunity to talk to our dealers about their current projects. We were able to advise on which products would work best in these installs, and invite them to bring their customers to our HQ, to experience what our range of products can deliver.”

At last year’s Expo, AWE unveiled its brand new home cinema. Since then, AWE has upgraded the cinema room with the very latest technology. Not only did visitors get the chance to demo Dolby Atmos, but they also experienced DTS-X – a UK first.

“Homeowners aren’t entirely sure on what Dolby Atmos and DTS:X can achieve and by us having demos for both options, our dealers can bring their customers to experience and understand the benefits, and to then turn to you and say – ‘I want that one!’” explains Stuart.

Within the cinema, a Samsung 88in JS9500 9 Series Curved SUHD 4K Nano Crystal Smart 3D TV has been installed into the wall, alongside a KEF 7.5.4 THX speaker configuration which has been enhanced by a Denon AVR-X7200W 9.2 Network AV receiver, Marantz MM80777 power amplifier, and an Epson EH-LS10000 laser projector, which produces images on a Draper ‘Silhouette’ tab tensioned electric screen.

Another highlight of the day was the HDanywhere 4K mHub 4×4 and 8×8 video matrix, which is also installed in the AWE cinema. This new system supports object-based audio formats Dolby Atmos and DTS:X. HDCP 2.2 encryption allows any four entertainment devices in 4K ULTRA HD on up to four HDTVs, sending faster-than-Wi-Fi networking to all additional Smart TV services.

Also seen in the UK for the first time was Samsung’s 82” S9 UHD TV, while Loewe’s new Reference 75in and 85in UHD screens were also on display.

In addition, visitors got to experience Panasonic‘s TX-65CZ952 OLED TV.

Not only can the new OLED screen offer a THX certified picture and a high dynamic range, but its design makes the TX-65CZ952 a furniture piece in its own right.

AWE became the exclusive distributor for Draper screens in September this year, making this the first opportunity for visitors to see the screen in action.

The HEOS By Denon range has been making waves in the industry, so many visitors were interested in seeing the new HEOS DRIVE multi-room audio system.

HEOS DRIVE provides four stereo zones of audio and wireless control from anywhere within the home.

Customers were able to experience this in the AWE showroom and also see how the system is controllable from the HEOS App and via third party integration applications.

Also on display were KEF’s range of speakers and subwoofers, offering a combination of high quality sound and an aesthetically pleasing design.

AWE has recently upgraded the living room area of its smart apartment to feature a range of KEF products, in Dolby Atmos configuration.

The new Philips Dynalite Antumbra Display showed visitors how easy it is to use lighting control keypads.

AWE introduced several new brands into the portfolio at this year’s expo.

Stuart announced that AWE is now the CI channel distributor for the Sanus range of TV mounts and AV racks and UK supplier for essential audio accessories from SoundXtra.

AWE also confirmed that it will be distributing Draper screens and recessed power and AV points from Syncbox.

AWE also announced that Just Add Popcorn was announced as a winner in the URC Unsurpassed Dealer Awards for a URC install in Battle, East Sussex.

Read on for the cinema room’s complete kit list: