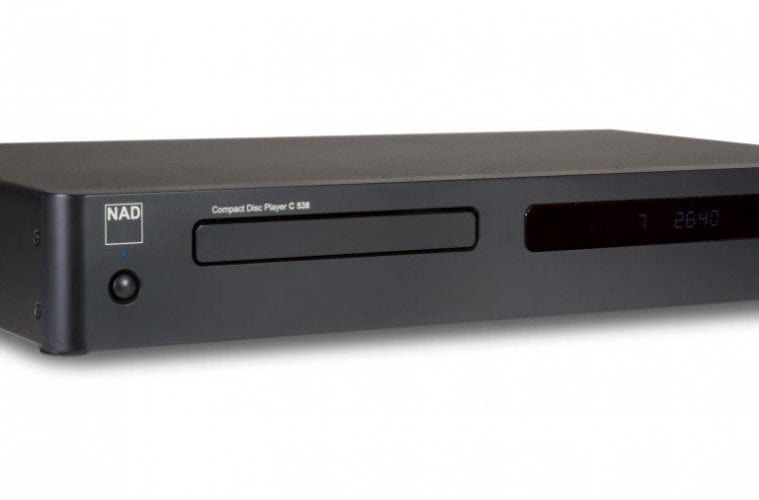 NAD Electronics has announced its new C 538, a performance CD player that the maker says is engineered for musicality, simplicity and value.

Surprising that makers are still ploughing RnD into CD players? Maybe, but clearly NAD still feels there is a market and as we know formats that are supposed to be dead have a habit of staying very popular long after many have assumed their demise.

In fact NAD reports that as some other makers have ceased production, demand for those that still do has increased.

NAD says this machine is designed as either a music lover’s first CD player or as a quality replacement. The C 538 employs many of the same engineering techniques found in audiophile players, but at a lower price of of £249.00 MSRP.

Many of the techniques NAD has perfected for Hi-Res Audio playback have been applied to the CD format, including a high precision clock for lowest possible digital jitter performance and the latest generation Wolfson High Spec 24/192 DAC. The C 538 outputs include Stereo Analogue along with Coaxial and Optical Digital Outputs.

The C 538 supports MP3 and WMA playback. In addition to playing CD discs, it is also compatible with CD-R/CD-RW discs, allowing users to play customised CDs burned from a computer. Because these songs are encoded in MP3 or WMA, the user can fit up to 10 hours of music on a single disc for party mixes or ambient listening.

There are also both optical and coaxial digital outputs that allow connection to an external DAC or digital component (like an AVR) to provide the most efficient and best sounding system setups. The C 538 comes supplied with an IR remote and detachable AC cord.

Other features include front panel controls that are duplicated on the hand held remote allowing Play, Pause, Skip, and Scan functions. In addition, many more features are available from the remote handset, such as Random: Tracks/files are played at random mode, Program: Enter or exit program mode, Repeat: Track, file or whole disc is repeated, and RPT A-B: Playback sequence is repeated.

“Although music downloads and streaming continue to grow in popularity, CDs are still the primary listening source for millions of people around the world” says Greg Stidsen, NAD’s director of technology and product planning. “NAD continues to innovate and develop its CD players to get improved performance while keeping prices affordable.”

It seems like an age ago that those first recordings by Dire Straits and Kate Bush became available, to be fair that is because it was, however the CD looks like its here for a good while yet.