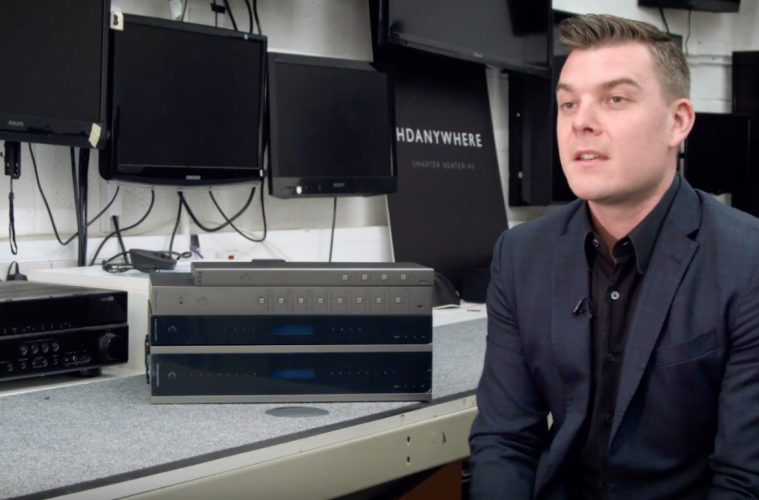 Exclusive Video: HDANYWHERE Reveals What It Has In Store For EI Live! 2017

In this specially created video, EI Live! 2017 show sponsor HDANYWHERE reveals what it has in store for this year’s exhibition, which takes place at Sandown Park on May 10th-11th. Registration is free – sign up here to attend.

“It’s really obvious that we are trying to take something that was previously exclusive or very elitist, and make it more accessible to more homeowners,” says company founder Chris Pinder.

“EI Live! has quickly become the best attended tradeshow in the UK for our sector. We’re a very ambitious company and we need to be in front of the industry as often as possible. I believe that there are a lot of different types of installers looking to move into smart home technology and home technology installation. EI Live! really does give the best representation in one space at one time of all the people they need to be dealing with to move into smart home technology installs. That’s why we’re very proud and excited to be the show sponsor this year.”

At EI Live! HDANYWHERE will be focussing on showcasing its uControl app, a free control system that’s included with HDANYWHERE products. The company recently released an android version which it will be demonstrating at the show.

“Really we only need 20 minutes/half an hour to show an installer how to set up whole home AV control from our app,” says Chris.

uControl is an App that turns iOS and Android devices into a universal remote control for operating AV devices connected to an HDA system via IR. Installers are encouraged to come and learn to harness the power of uControl.

In these 45 minute sessions, attendees will learn the benefits of cloud-based control, how to set up display and source control in under 10 minutes with no additional hardware, the benefits of HDA design, the roadmap for uControl including Alexa integration.

Get to EI Live! and you could win a cool van wrap courtesy of show sponsor HDANYWHERE!

One lucky visitor to the show will win a commercial vehicle wrap completely free of charge. To be entered into the draw to win the wrap, installers will be asked to perform three tasks via the RMS and to successfully add a new source device into a uControl system.

HDANYWHERE is also using the show to launch its ‘Beyond The Box’ initiative, which invites installers to become an HDA Pro and profit from its new business support tools. Ranging from innovative tech tools that save time and money, to powerful sales and marketing support to help find more customers, overcome objections and win more business; HDA’s Beyond The Box programme shows how the innovative matrix maker can provide installers with much more than just the matrix system.

Full Beyond The Box details can be found here.