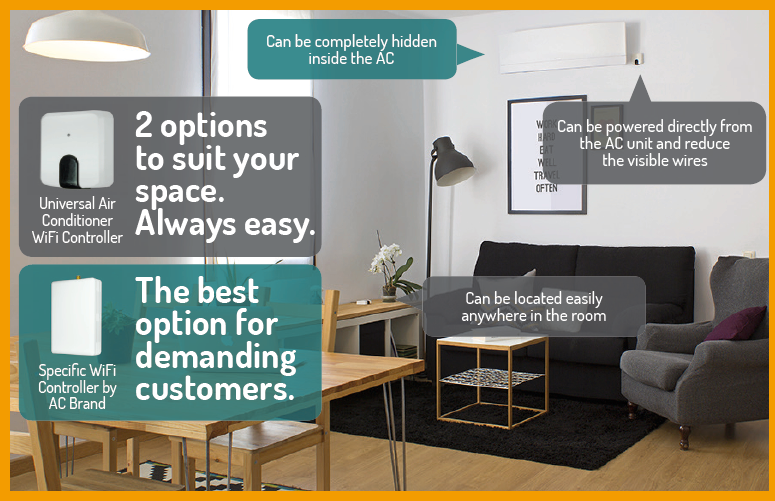 Universal standards exist for a reason, although it doesn’t always work out that way. While the majority of HVAC installations in the United States are easy, due to the fact that most thermostats utilise a universal standard, there are still many HVAC manufacturers that do not utilise that standard and have proprietary closed communications that are specific to that manufacturer.

Installers will know this problem all too well, with Control4 dealers finding it especially cumbersome to source a reliable HVAC product that just works. Thankfully, there are solutions on the market that will force compatibility, even if the product doesn’t support the open standard out of the box.

One such solution is the newly-launched IntesisBox Wi-Fi Gateway. This product allows installers to integrate HVAC systems into Control4 by retrofitting it into the existing indoor unit. Thanks to Chowmain’s driver for Control4, installers are able to use any model of InsisBox and receive full two-way control/feedback.

There are two different types of IntensisBox. One where it has been developed specifically to communicate with a HVAC manufacturer’s proprietary communications protocol; allowing for true real-time bi-directional communication with the system. The other is a universal method, which utilises infrared to communicate with thousands of HVAC models, and offers room temperature feedback through an in-built sensor.

Chowmain developed the driver due to the many Control4 dealers who were simply deciding against installing a HVAC system. In fact, the company found that those in Australia and New Zealand had it especially hard – with ducted system and VRF system manufacturers all using their own proprietary closed communications. That meant that houses were not compatible with the Honeywell-based wiring that most smart thermostats utilise – including the likes of Nest, Control4 and Ecobee.

Split Systems also proved difficult, as they primarily only offered IR or RF-based remote controls. That meant installers had to integrate these systems by learning every combination of IR code – a time-consuming process. With IntesisBox, installers should be able to easily integrate HVAC system into Control4 – and at a low price point too (under 200 euros).

IntesisBox is compatible with a range of HVAC systems. At the time of writing, there are specific IntesisBoxes available for:

Chowmain’s driver supports more than just turning the HVAC system on and off, however. The driver also allows users to control fan direction, and schedule their HVAC system to come on and off.

IntensisBox is available in over 90 countries, including the UK and Europe, with the product predominantly being offered through a direct sales channel.