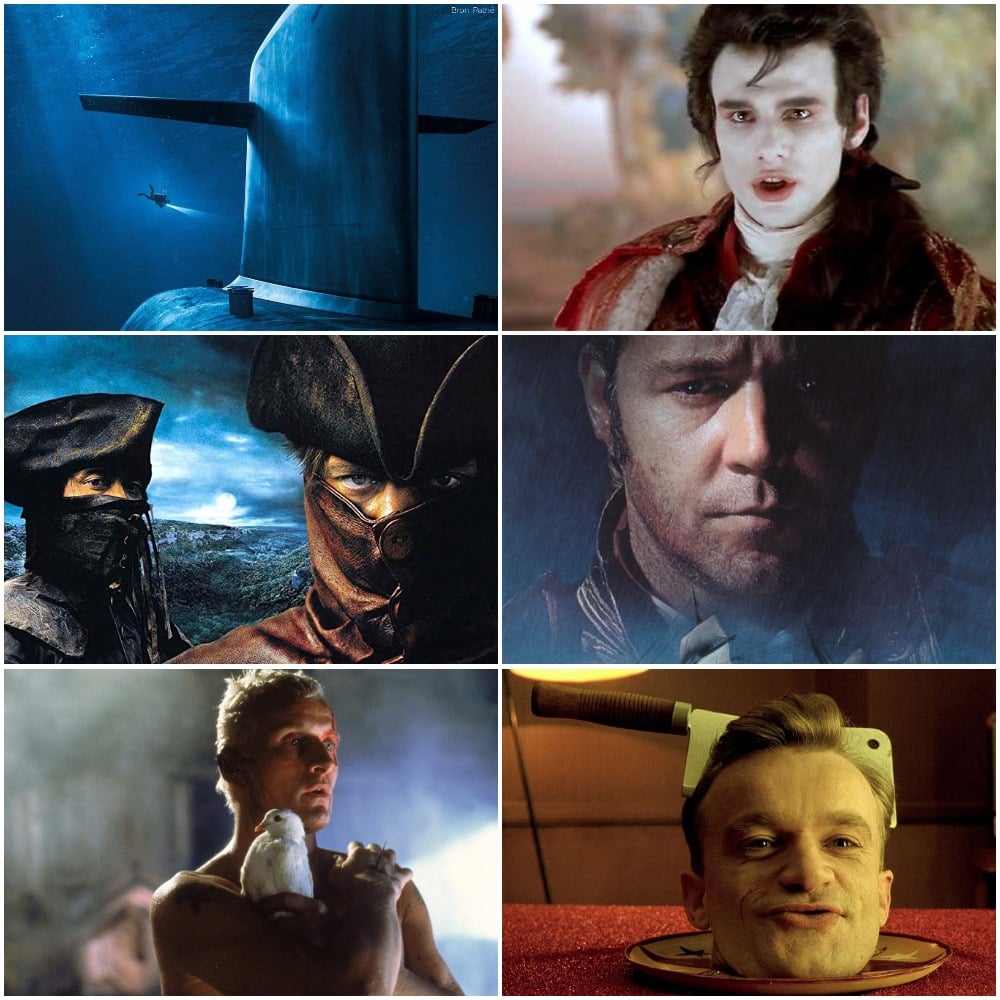 In these times of confinement, Trinnov though it would be a great idea to share with the AV community the films they enjoy the most in terms of sound.

Here members of the team to pick some of their favourite movies, some they find truly exceptional or groundbreaking, that will show a home cinema system of at its very best. Any suggestions of your own? Let us know!

Made by one of France’s best specialists in classical music period films, Farinelli follows the path of a young castrate opera singer and plunges you right into the heart of the music world of the 18th century. Sound is exceptional here on many levels and to the point of technical prowess by researchers from IRCAM, who managed to virtually recreate the voice of a castrato, one that was never recorded properly, extending over 4 octaves with impossibly long vowels known to any man or woman.

Delicatessen did not meet the same international success as Amelie but I tend to enjoy it more. Foley effects are used to their best throughout the movie and remarkably serves the strange atmosphere of the movie. Look for that sequence with the squeaking bed!

I have first seen it in the Dolby San Francisco screening room on 35 mm film and the Meyer demo room in Berkeley, in fact, Meyer named their cinema speaker line Acheron after the French ship in the film. The mix won an Academy Award and for me, it’s as good for so many subtle things it has going on as the booming ship broadside cannon battles. In the very beginning, they put you inside the ship, and then later they put you in the battle, with a time-aligned system it brings out more than I had ever heard before. I have probably seen the beginning hundreds of times, and still, every time I hear a new item in the mix I had not before.

I love that movie for multiple reasons, one being it has been made by people who love cinema, and you can tell that for the sound department too. The music by Joseph LoDuca sets the atmosphere perfectly and is very far from the common blockbuster themes. I remember vividly being in the theater and jumping from my seat when one of the main protagonists plants his foot into a puddle, this has to be the bass heaviest puddle in the world! The authors also know that good sound is sometimes no sound like in the scene that uses still frames and shutter sounds that fade in and out quickly installing an ever-growing fear each time the shutter snaps and sounds mute.

Ghost in The Shell 1995 Mamoru Oshii

Apart from the main theme, some of them are quite visionary for a 1995 movie. It is definitely an animation masterpiece but what impressed me first (and still impress me today) is the audio track, despite being a stereo one to my knowledge! The fantastic score composed by Kenji Kawaii, the work done on voices and effects, and every detail match perfectly with the visuals. In my opinion, GITS would probably be another movie without this incredible work on sound.

For me, the ultimate film to watch while being confined must be Blade Runner. As I gradually owned players capable of better sound and picture quality, the first film I purchased was always Blade Runner. Each time a new format would land I would spend days watching the film over and over again rediscovering the different elements that I had previously overlooked or forgotten. Each reaffirming my love of the film, its timeless soundtrack from maestro composer Vangelis, set design and direction, this film takes me to another place every time I watch it and my love of it still has not been lost.

Across the Universe 2007 Julie Taymor

The songs of the Beatles provide the sonic framework for this musical tale of romance, war, and peace. I was certain I was going to loathe this movie when my kids made me watch it. How dare they desecrate The Beatles? Instead, I thought the performances actually brought something new to the songs I grew up with. And, as someone who remembers the 60s, the storyline was incredibly moving.

Not spatial (the original soundtrack was mono), or high-resolution (1974 analog), my choice is Francis Ford Coppola’s ‘The Conversation.’  The credit should go to the great Walter Murch. Not from a technical standpoint but in how the sound becomes more important than the picture itself, not only telling the story but manipulating and often disorienting the viewer’s perception.

This movie has been a staple at many high-end shows and that for many reasons. But for me, it could just be named to the hall of fame for its technical use of sound when the camera is going from stage to off-stage.
As someone that used to do live sound and used to run on and off the stage, I think they totally nailed it. Loud drums, weird monitor sounding, it’s all there… And when the camera goes off the stage, the PA itself sounds like you are in the middle of the crowd.

This is a French movie about a man working onboard a military submarine as a “golden ear” working to detect and determine other military engines just by sound. Sound is really at the center of this movie, not always impressive, but always immersive! There are a lot of dynamics, and sometimes, the director does not hesitate to play with silence. The atmos version on the Blu-ray disc was totally reworked at Skywalker Ranch after the theatrical release, and it is awesome!

This is an animation film that really did it for me wound wise. I used it for so many 5.1 demos in the early 2000s. First, the soundtrack album is good enough to be part of most people’s playlists, even if they don’t know the movie. The dialogues are very precise as the crisp detailed sounds when the spaceship travels through the ice barrier and the explosions… The one in the beginning when the earth explodes: your subwoofer will love you for finally giving it something to chew on!!!

This is a very strange movie with captivating and mysterious sounds. Between conspiracy theories, a serial dog-killer and a set of characters all crazier than each other, the orchestral soundtrack fits perfectly and immerses you in this one of a kind journey. The orchestra is very present in the manner of old films and participate in the strange general atmosphere. If you like mind-blowing movies, I can only advise you to watch it.