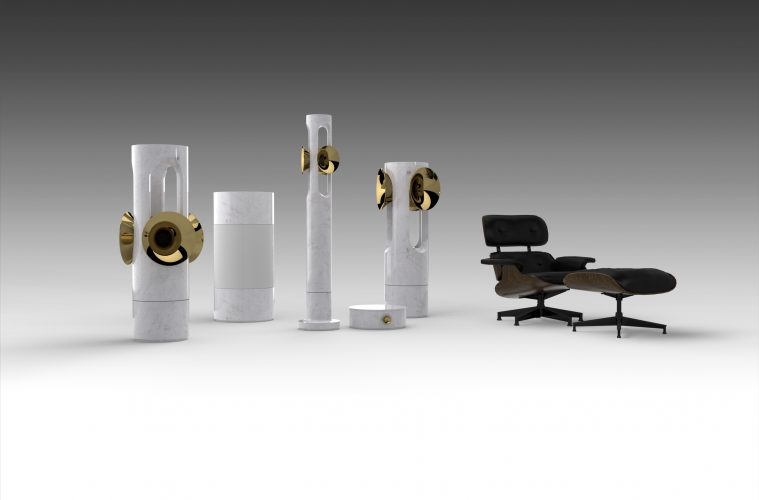 In a world exclusive interview, AV industry veteran Martin Hogbin argues he has created a totally new way to record and listen to music, delivering as big a change as the transition from mono to stereo.

One of the prerequisites for being any type of journalist is to be curious, so when Ce Pro Eu spoke with Martin, who explained that he had something amazing for the team to listen to that would change the way we thought about recorded music forever, it was an irresistible opportunity.

Many industry people will know Martin due to his long service in the AV sector, launching the Living Control brand in 1998 and as a serial inventor.

Meeting Martin at his home in the beautiful village of Oxted in Surrey, Martin explained that he had the idea for Living Sound (very much a working title at the moment) many years ago, but only now has found the time to develop it properly.

So what is Living Sound?

Martin explained that he feels that modern ways of producing music, even recently introduced hi-res approaches, seek to move the sound of the studio to where the listener is. Living Sound delivers the musicians to the space the listener is in, making the audio sound like it is being produced live in the same room.

Martin explained: “The affect is just like having a real band in the room with you; the level of realism is quite remarkable. So Living Sound will sound different depending what room you are in, but it will always sound very realistic.”

CE Pro Eu can’t help but note that all sorts of massive issues, be it technical, marketing, company and industry politics would have to be worked around before something like this ever gets off the ground.

With his industry experience, Marin is of course, entirely aware of this and knows there is a mountain to climb, but before we get to all of that stuff, curiosity could be contained no more and Ce Pro Eu insisted on hearing what all the fuss was about.

Martin explained that so far he has made several recordings using the new technique (of course he won’t reveal any details of how it is done at this point) but by his own admission the recordings are not of the highest quality and at this stage and are just meant to be a proof of concept.

Martin played a series of recordings including a brass jazz band, a string quartet, two violins, a guitar and a solo violin.

Now this journalist has experienced more audio demos that can easily be counted, but there are a few that stick do in the mind, most recently hearing some of the new 3D audio recording techniques for the first time.

However, I have to say, that this will definitely have to be categorised as one of the most memorable as well.

Now it has to be said at this point that some people might find the effect a little jarring, a little too real perhaps, but CE Pro Eu thinks with the refinement work that Martin fully accepts needs to happen, this technology really does have the potential to be market changing; although that of course does not mean that it will.

So how does Martin see a route to market for this technology?

“At first I see it as a high-end format for people really interested in quality music, distributed in the first instance via a physical media, but it could be streamed as well.

“With the revival of vinyl and continued popularity of valve amps and the growth of hi-res music files, you can see the audiophile audience is reaching out for something real; Living Sound can really give them that.”

Martin argues the technology would provide manufacturers and music companies with the opportunity to produce high-end products (he suggests £40 for an album in this format would be reasonable) that would give people a unique experience and build margin back into two markets which desperately need it.

However, Martin also argues that if the approach can catch on, it will over the years trickle down into the more affordable end of the market as stereo and surround sound did.

So what are the barriers that Living Sound would have to overcome to get a break?

Well for a start recording studios would need new equipment to record in the format; the technology also requires lots of data to work (around 50GB per hour) and the biggest challenge of all is to get industry acceptance or backing form a major company to make it fly.

Martin suggests that a company like Sony could really benefit from a technology like this, a company that has the power and the scope to not only record in the format and distribute it, but also make the kit to play it back on.

Martin also argues that remastering opportunities are on the table with the new technology; he admits it won’t sound as good as if recorded natively in the new format, but benefits will be there.

Another advantage for the modern music company is that right from the off, any physical product produced to deliver the new format can be copy-protected.

So where does the format go from here? Well Martin freely admits that at this point that he has taken the technology about as far as he can without help.

He is asking the audio industry to get involved, listen to the technology and see what opportunities present themselves.

There are a number of UK patent applications covering the technology and Martin says the next logical steps are to secure the intellectual property worldwide, make some commercial recordings, produce prototype playback hardware and media and confirm size of target market.

If this sounds interesting, do contact Martin and go and have a listen, if nothing else, it really is like nothing else you will have heard before.

Martin can be contacted by emailing martin001@hogbin.org