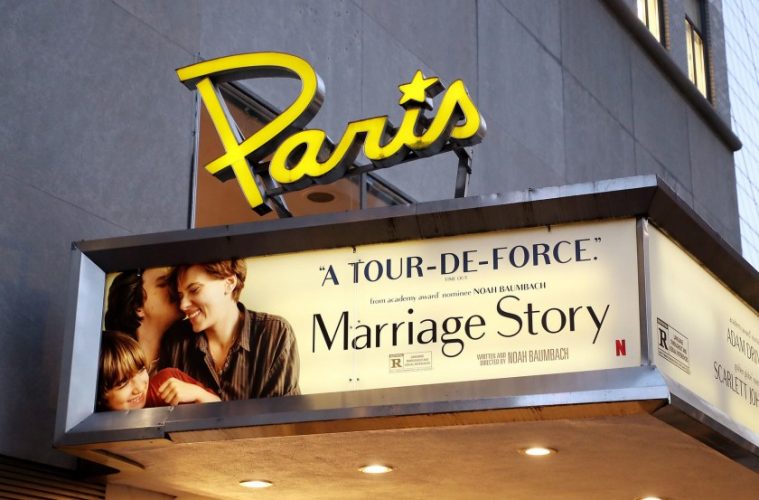 Just why is Netflix, the champion of home entertainment, buying one of New York’s best loved art house cinemas?

The Paris Theater in New York is one of the city’s most loved and long running high-quality movie houses, with a history stretching back over 70 years.

Netflix has saved the venue from closing keeping it open after it closed its doors after struggling to keep the lights on.

The theatre is close to the Plaza hotel and across from the south-eastern entrance to Central Park. Around the corner is Fifth Avenue, where you will find Tiffany & Co and Bergdorf Goodman.

In terms of this city’s cinema culture, it’s definitely a tanks-lawn situation after many movie fans have been critical of the streaming giant for encouraging people not to go out to the cinema, but stay in and enjoy content at home.

“After 71 years, the Paris Theater has an enduring legacy, and remains the destination for a one-of-a kind movie-going experience,” said Netflix’s chief content officer, Ted Sarandos. “We are incredibly proud to preserve this historic New York institution so it can continue to be a cinematic home for film lovers.”

The cinemas seats 581 and is the last single screen in New York. Inside visitors find a classic plush cinemas interior with blue velvet seats and a purple-hued curtain.

Its original owner was Pathé and the cinema originally showed French language films. Marlene Dietrich and the ambassador to France officially opened the cinema in1948 and the opening night was a screening of La Symphonie Pastorale.

Critiques had pointed to a less than inspired choice of movies recently on the cinema’s roster as one of the reasons for its closure.

So, what does Netflix want with this literal icon of the golden age of cinema? Well it’s a pretty handy venue to show off and premier its own content for a start.

Its already been used for a showcase release of Noah Baumbach’s Oscar-tipped divorce saga Marriage Story. The announcement of the purchase states that Netflix intends to use it for ‘special events’, so it could be that it just saves the company time and hassle organising premiers for its own content.

However, there is more going on here too. Netflix is at pains to underline its desire to produce high-quality content, not just in terms of writing and acting, but in terms of production values and genuine cinematic quality.

Check out the level of detail and scope for shows like Marco Polo for evidence of that.

So, it seems just as likely that, now it is one of the bigger players in the home cinema market, it wants a slice of the pro cinema action too.

What better way to temp talent onto its production schedules than a premier at one of American’s most iconic cinemas?

The reality is that although home cinema and AV is on the up, commercial cinema releases are still huge money spinners and who is to say Netflix does not want as big a slice of that pie as possible.

Spin forward a few years and you could be looking at simultaneous pro cinema and home releases across Neflix using its own chain of cinemas or other companies keen to cozy up a producer with increasing muscle right across the movie landscape.

One thing is for sure, Netflix is becoming stronger all the time and will be one of the main disruptors in the interplay between the growth of high-quality AV and home cinema viewing and the pro cinema world.

In truth this already happening Netflix had 30 titles that had pro theatre runs in 2019 using smaller US chains such as iPic and has a bunch more titles that deserve a pro-cinema outing.

One thing is for sure, the interplay between home cinema and the pro cinema world, is likely to get more complicated, not less.