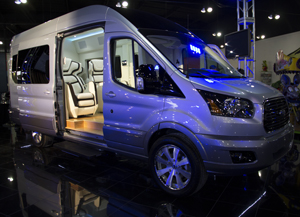 The Source AV Crams Crestron and Kaleidescape into a Ford Skyliner

As well as a Kaleidescape cinema set-up, the van features an integrated Crestron control system for adjusting lighting, shades, HVAC, AV, security and power seating through dual 5in, in-wall touch screens near the driver’s seat and in the rear bulkhead, as well as via three iPads.

Jason Lord from The Source AV explains that Ford Designers came up with the concept, whilst The Source AV Design Group designed, installed and engineered the automation and AV to meet the brief.

Jason explains: “The Crestron RMC3 controller gave us the capability to provide integrated control of all the vehicle’s systems through the familiar, user-friendly interface of an iPad or Crestron’s TSW-550 wall-mounted touch screen.

“Its small footprint allowed us to mount the RMC3 in an equipment rack in the rear 18in of the van, along with the Kaleidescape server, theater controller and amplifiers, packing a lot of technology into a compact space.”

The sound system can also play music from Apple devices via AirPlay, Pandora and other Internet radio stations through the Marantz AV 7701 as well as CDs from the Kaleidescape server.

Ford is so impressed the company has asked The Source AV to get involved in some other similar concept projects. 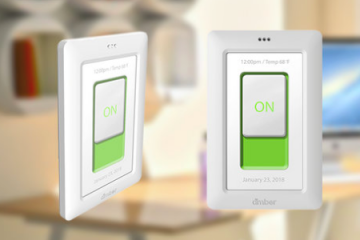