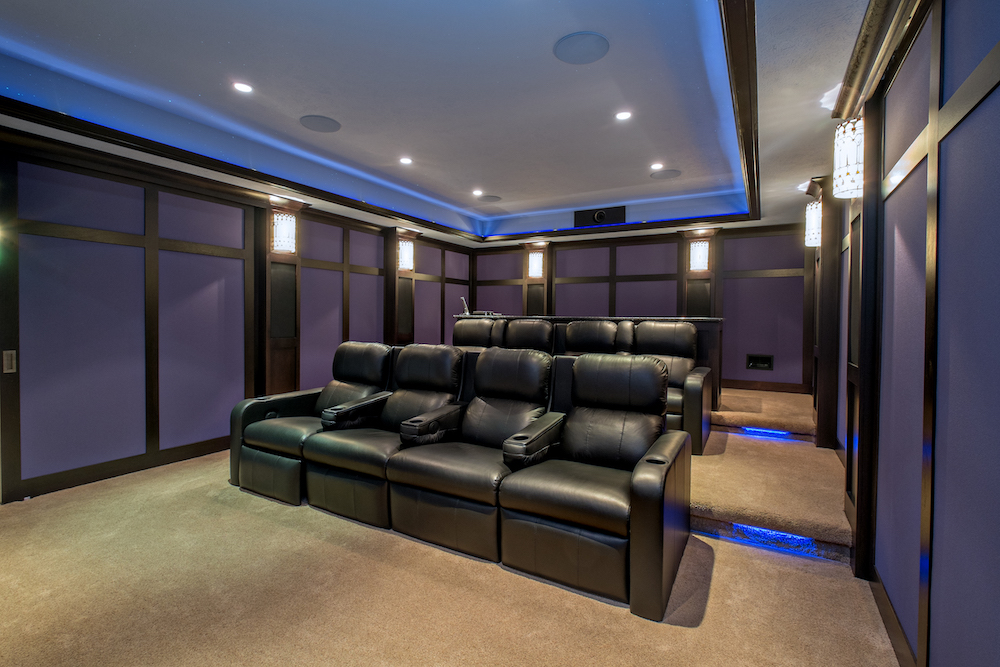 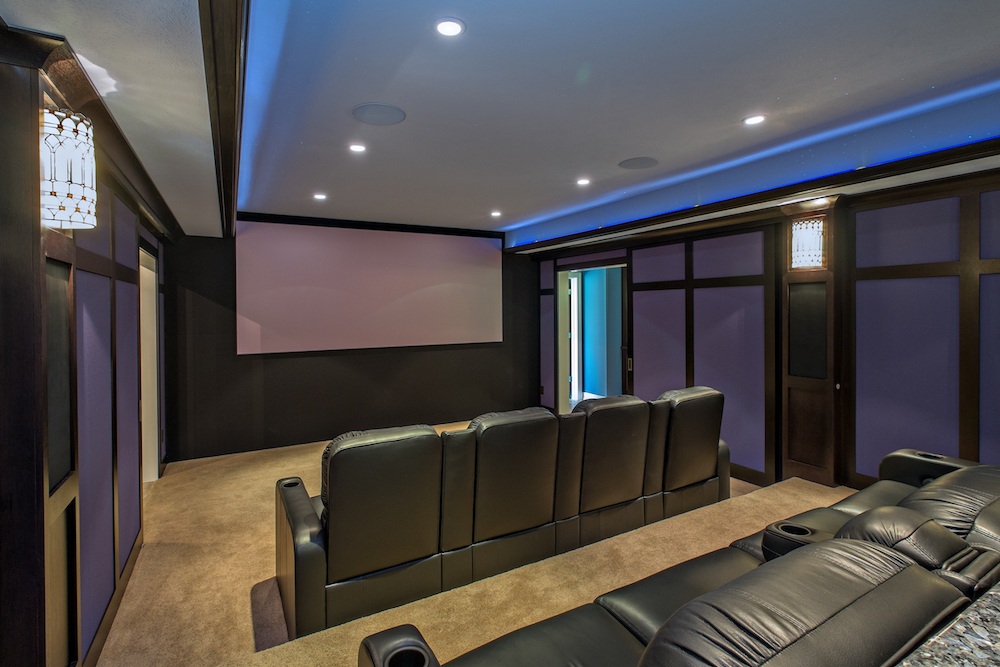 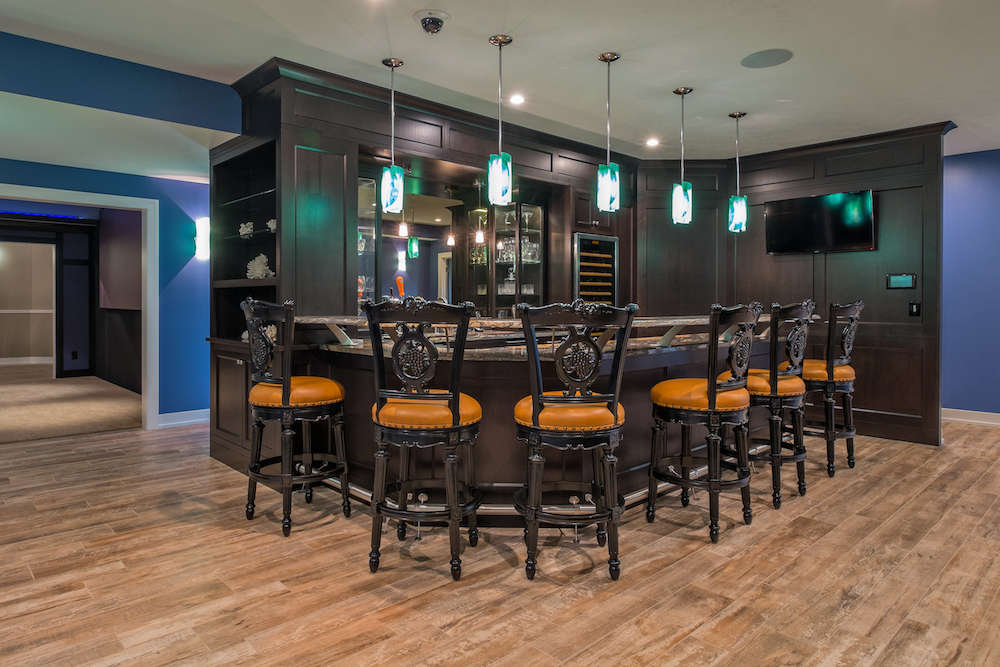 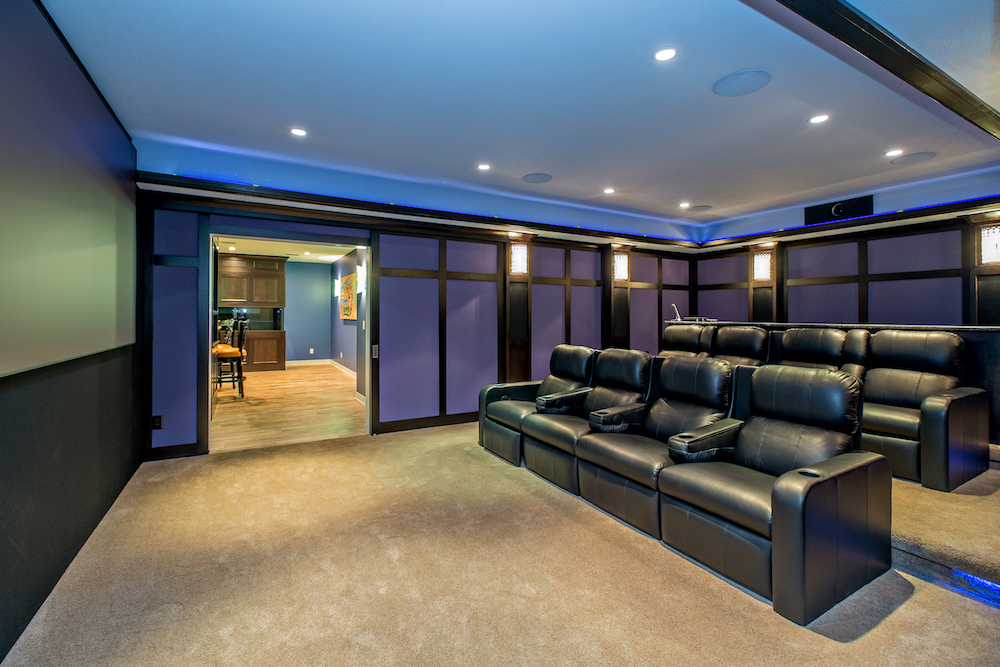 Home gyms are a fad that seem to be as popular as ever, despite the fact many homeowners will barely set foot into the room after a couple of months of hard training. Those that come to terms with the fact that a home gym is a waste of space will find that there’s a lot that you can do with that space – but it’ll require a lot of hard work.

Peter Cook, President of Automation Design + Entertainment, was approached by one homeowner who was happy to do away with the home gym and had big plans for what could replace it. The only problem is that the homeowner wanted a large home cinema that covers 3,500sqft, and included both the home gym and a hallway running through the middle of it.

“Starting out this project, we knew that the layout of the space was going to be a challenge,” Cook stated.

“Luckily, right off the bat the homeowner knew that they wanted control over every aspect of their home theatre, so without hesitation we recommended an ELAN Entertainment & Control System. Given there would be quite a few different components in this set-up, we knew that the integration capabilities of ELAN would give us the flexibility that we needed and the control that the homeowner desired.”

Once Cook had the home theatre’s central nervous system selected in the ELAN g1 System Controller, he went about conquering the hallway issue by implementing custom barn doors that easily slide open to reveal a Craftsman-style home theatre with a modern bar and lounge area.

Beyond the doors, the home cinema features eight custom theatre chairs, four stools at the granite bar on the top tier and a 4K projector that displays movies onto a 2:3:5 backlit screen. Control for the theatre, as well as the entire home’s cameras, security, AV and lighting, is accessible through ELAN, using the ELAN app on the homeowner’s smartphone or iPad, as well as several strategically placed ELAN in-wall touch panels.

To handle the home’s audio, an ELAN S1616A Multi-zone Audio Matrix/Amplifier was installed. According to Cook, “The ELAN S1616A allows us to tailor the sound perfectly to each zone’s unique acoustic environment.”

A number of Lutron lighting elements were installed in the home theatre, such as the riser step lights, proscenium sconces, the screen’s backlight, two zones of can lighting for the upper and lower levels, walkway lighting, plus cove lighting that casts black-light onto the cinema’s signature feature, a custom-painted mural of the constellations. Through ELAN, the homeowners can control each of these unique lighting elements from one easy-to-use interface.

To ensure that all of the home’s equipment is protected, a Furman F1500 UPS battery backup was installed to supply uninterrupted power in the case of outages, protection against power surges and BlueBOLT remote power management for trouble-free operation of all the home’s AV components.

While there won’t be much working out being done in this basement anymore, Cook is happy that he was able to work out this installs’ challenges and ELAN played a central role in turning ‘gym night’ into ‘movie night’ for this Michigan homeowner.