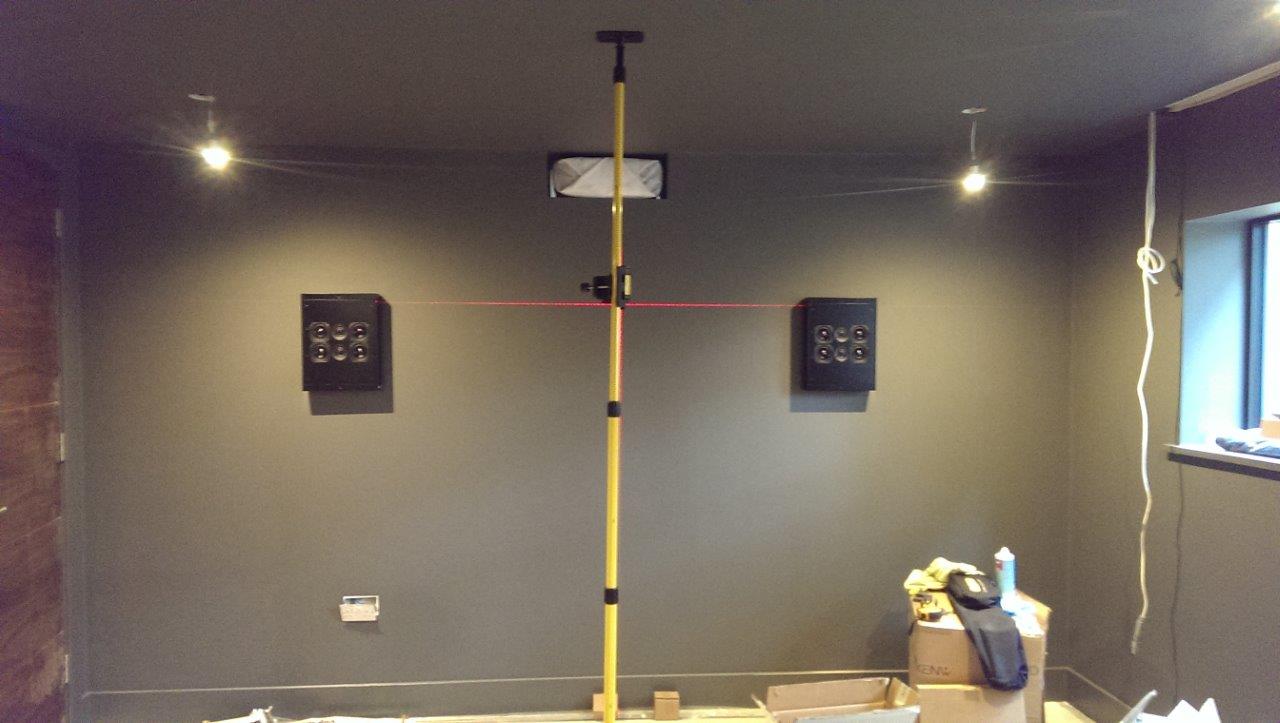 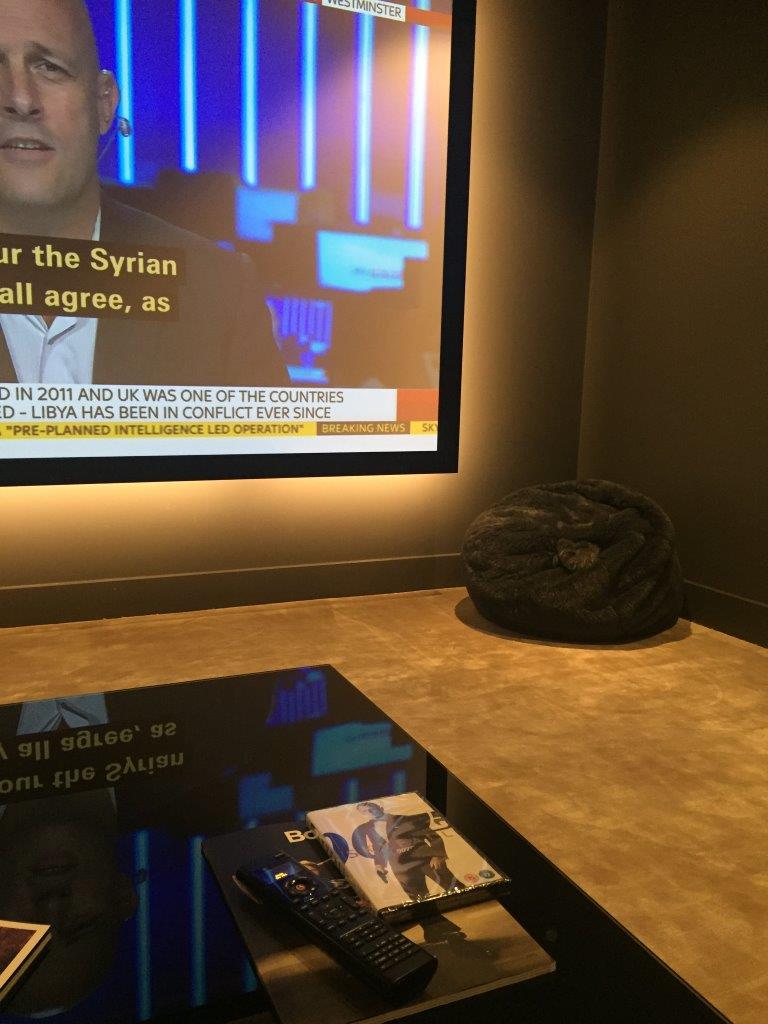 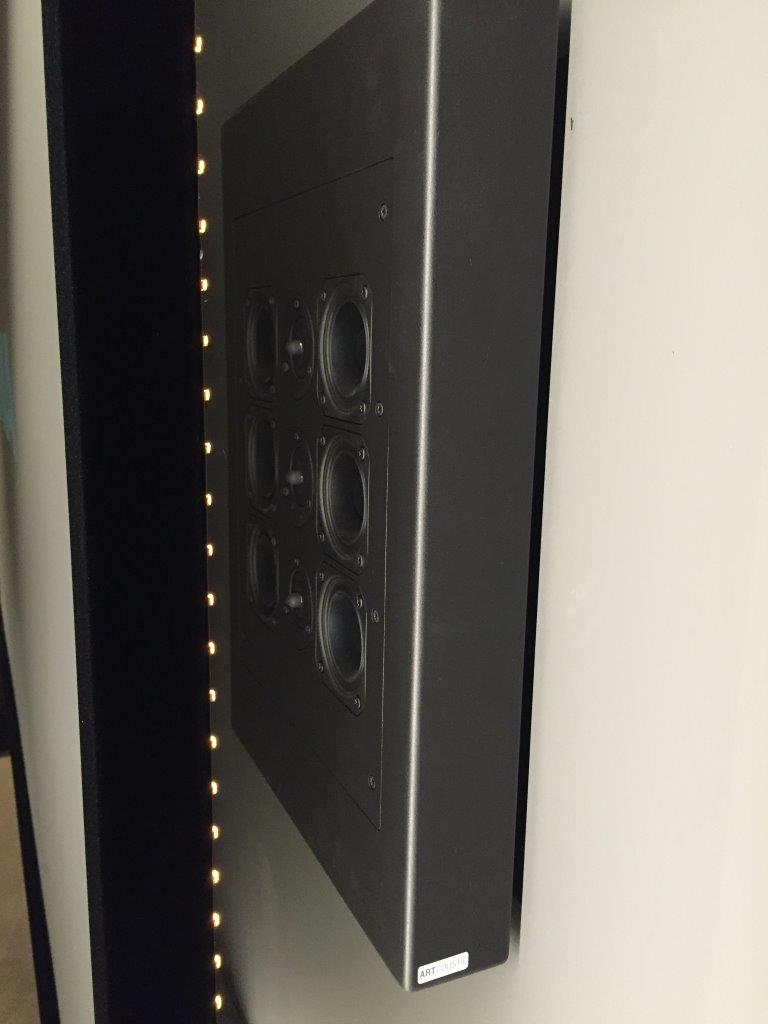 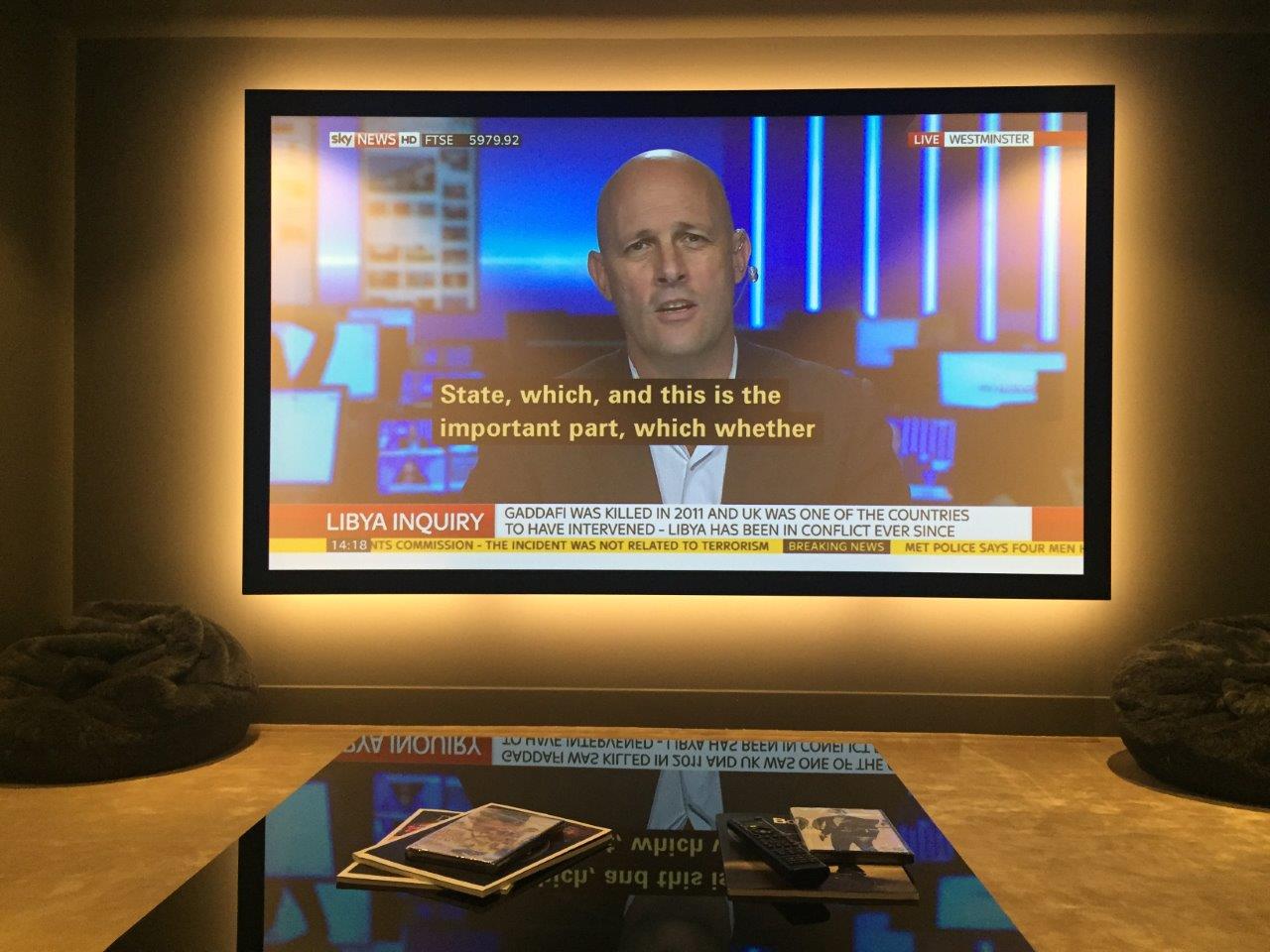 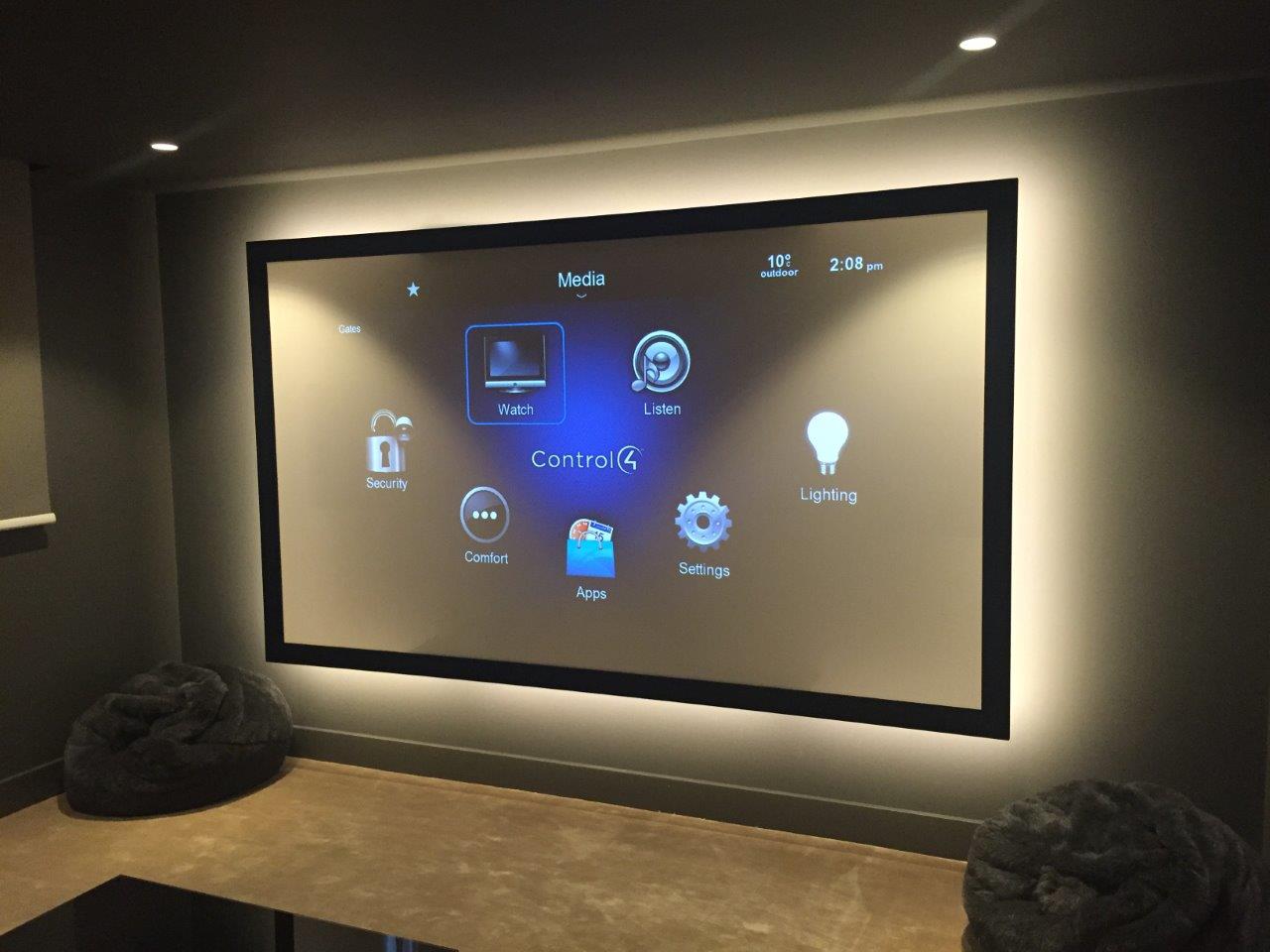 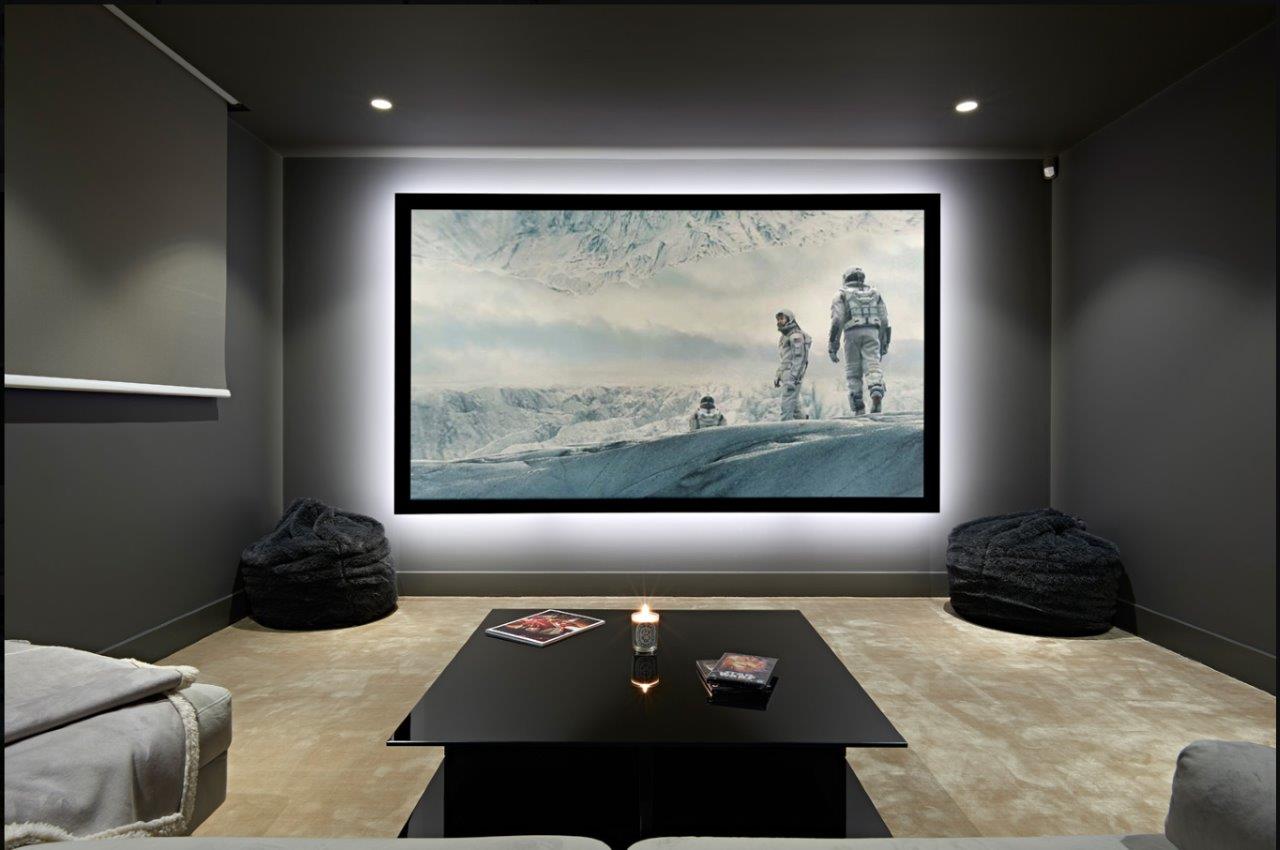 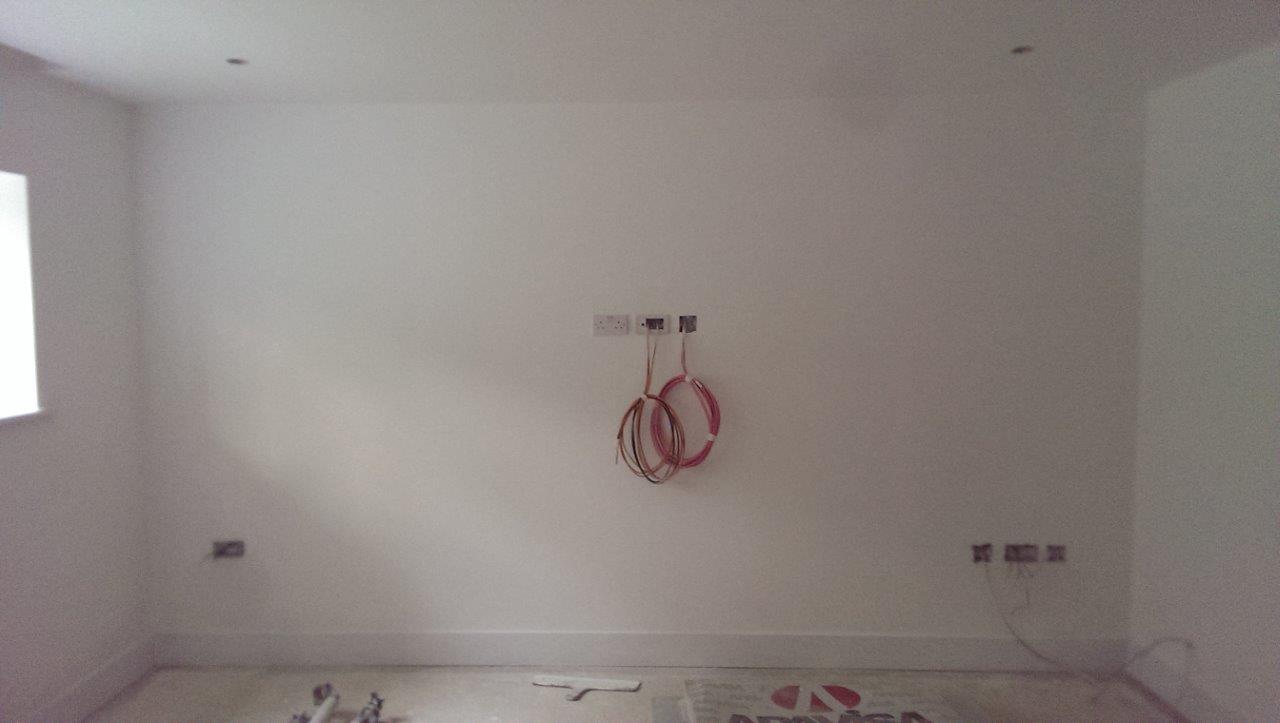 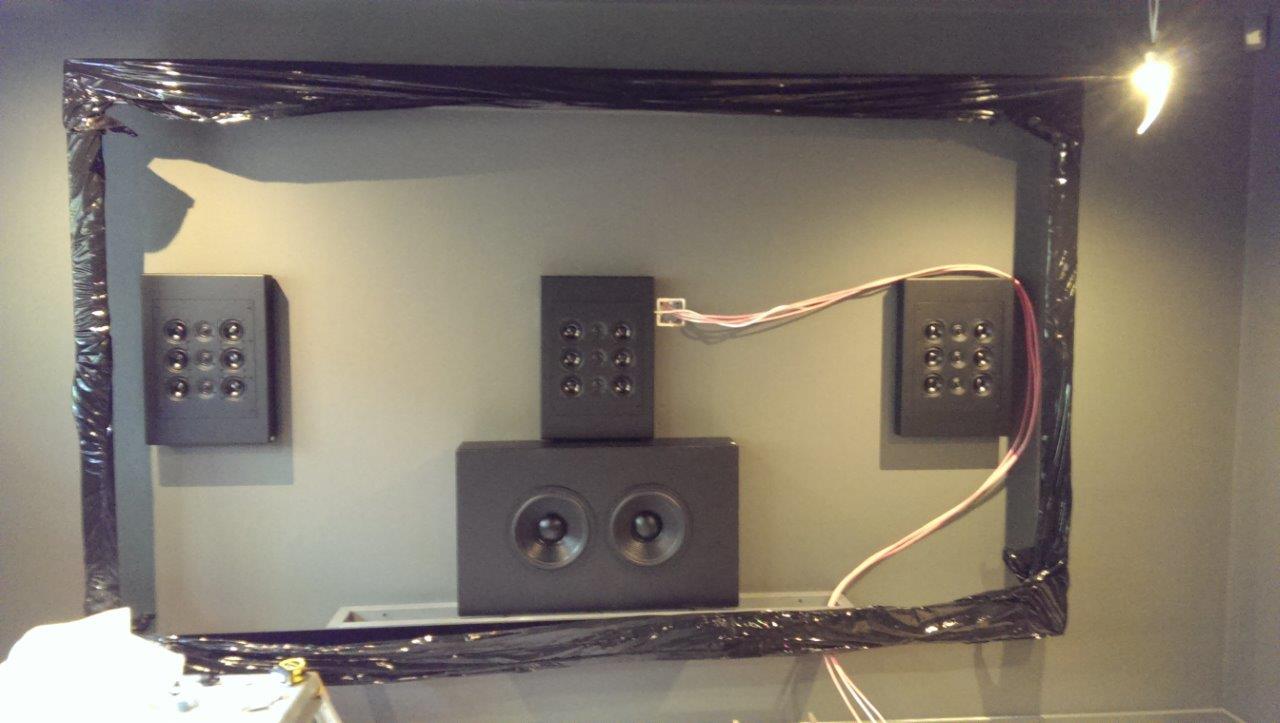 Another project that was one of the entrants in this year’s Smart Building Awards was this clever install expertly executed by installer company Maven for a client in Pool, Dorset.

Company Director Rob Simmonds, says, “We were recommended to the client by two of their friends (existing clients of ours) as they wished to use a spare room in this new development as a man-cave cinema, but with a classy feel. Having been brought in very late to the development, an electrical contractor had already ‘cabled for a cinema room’ which meant we had to work with very limited cabling.”

Consequently, Rob explains that all equipment including the Yamaha AV receiver, Artcoustic amplification, Sky and Apple TV had to be located at the cabling head-end the other side of the house, but using reliable wireless control products from Control4 got the job done.

Rob adds some more detail, “First things first, the contractor-white painted room was redecorated with darker grey tones not only to reduce light reflection, but also give a warmer feel to the room and give the minimal lighting an impact when dimmed via the Control4 wireless puck dimmer.

“Our custom LED-backlit 9ft acoustically transparent projection screen permitted the flagship Artcoustic Spitfire Monitor loudspeakers & subwoofer to be mounted on the wall behind to recreate true cinematic audio through the 4K compatible material. By building the screen off the wall to allow for the speakers, the client loves the way the screen appears to ‘float’ when the backlight is on.”

The rear wall has two large Artcoustic SL series speakers which will have abstract artwork on the front once the client has decided on the design option.

On product choice, Rob explains, “Due to the light levels in the room, required screen size and its ability to produce black-blacks, we chose the JVC DILA X5000 home cinema projector. With this being a bit of a ‘unit’ the client did not want the projector on the ceiling so we decided to install this above the cabinets in the adjoining utility room and cut through the wall in order for the front of the projector to push through into the cinema. This also helps to reduce fan noise near the seating area when using the room.”

Control of the audio and video sources is via a simple to use Control4 HC-250 processor and SR-260 handheld remote control with tactile buttons for practical day-to-day use, along with the free iPad app which is more graphically pleasing and used to show-off.

A Sony Playstation4 was also installed next to the projector in the utility room to provide a high-quality direct video connection to the projector, but also means that the wireless controllers work reliably without the need to have equipment on show in the room itself.

Rob adds, “Due to the limited cabling and long distances, we had to use multiple video distribution products from HDAnywhere, the only manufacturer with the knowledge and product were to maintain high quality video over such long distances over single Cat6 cables. The client was extremely happy with the room and as a result we were asked to propose the cinema for their next property – this time at first fix stage.”

Ultimately, this room is a great advert for what can be achieved with a spare room in a house and not necessarily as large as this room. The grey tones and floating screen work really well together and the soft furnishings soften the masculinity of the room. Rob argues the end result is a room which anyone can feel comfortable in whilst having all cutting-edge technology to hand, but not in your face.