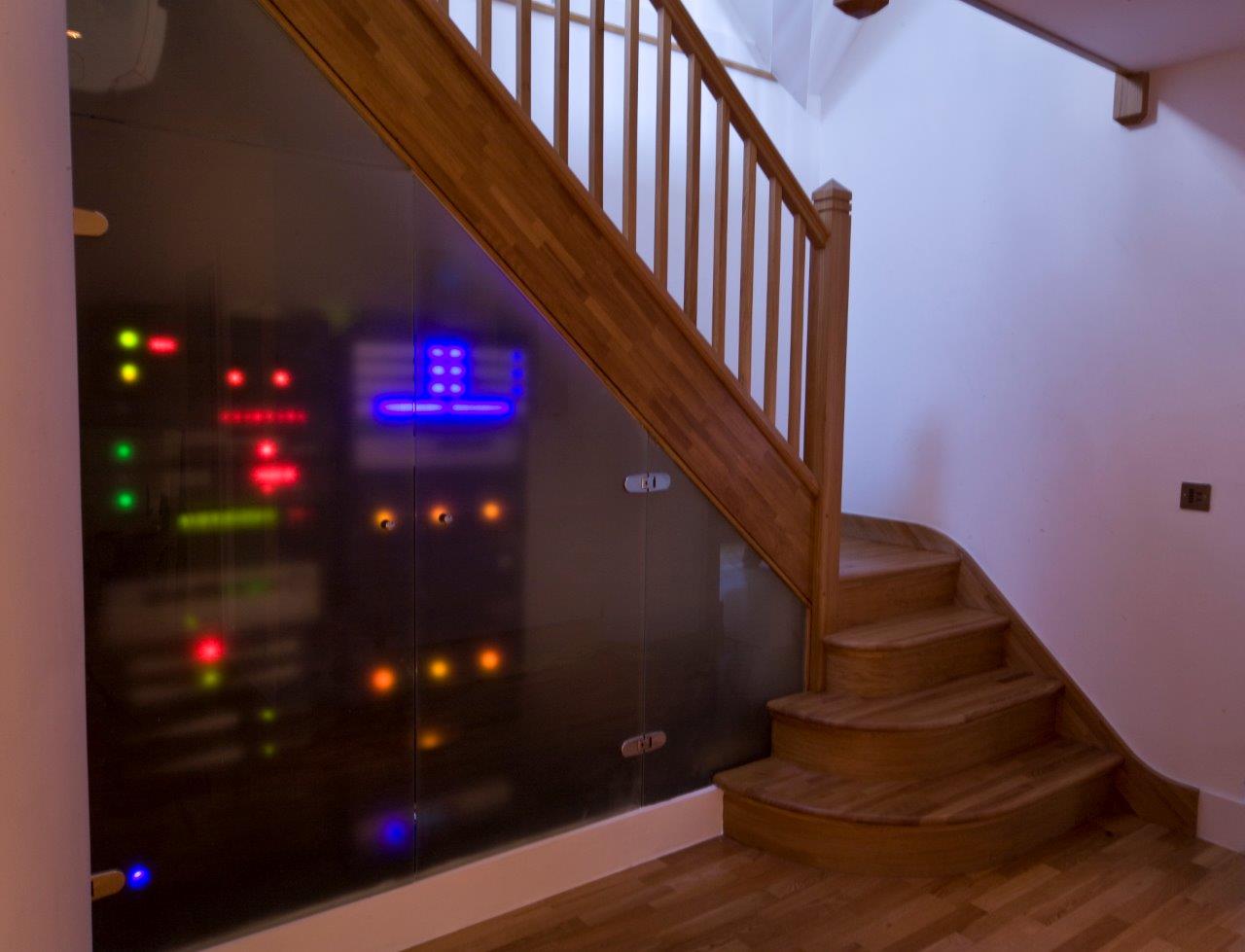 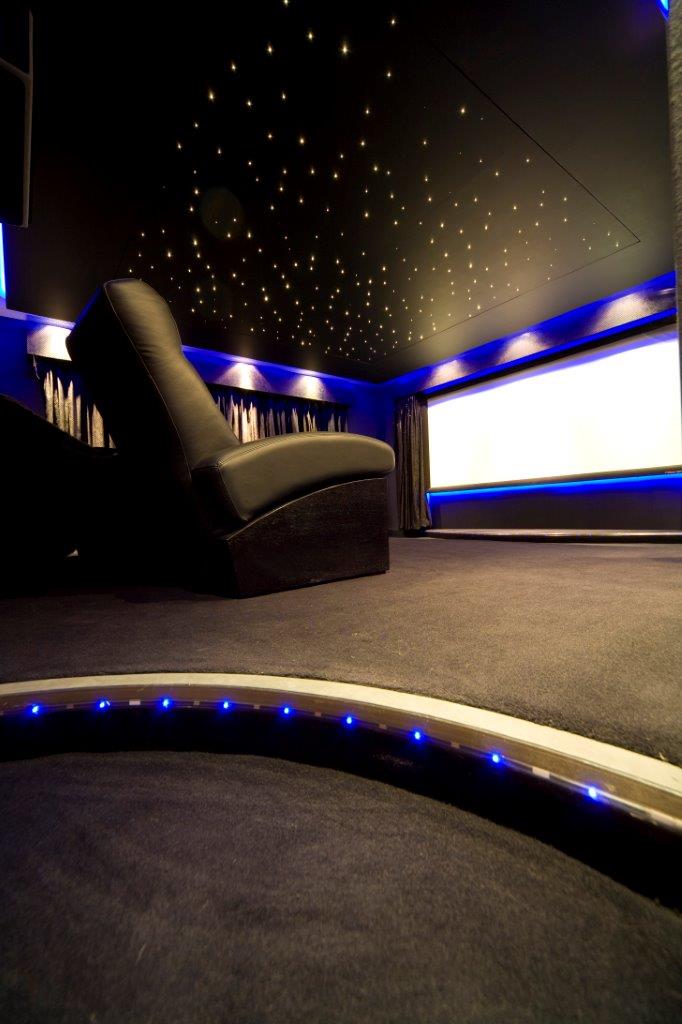 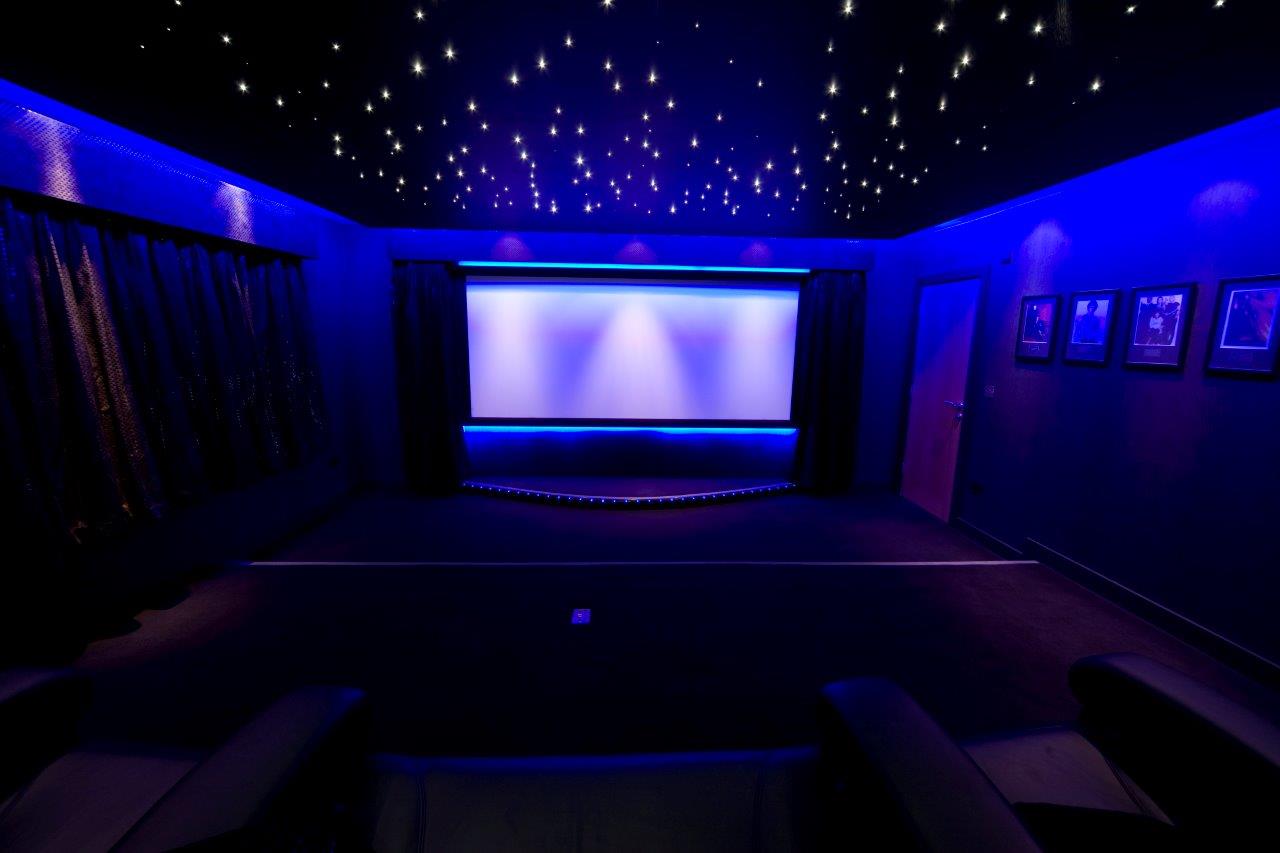 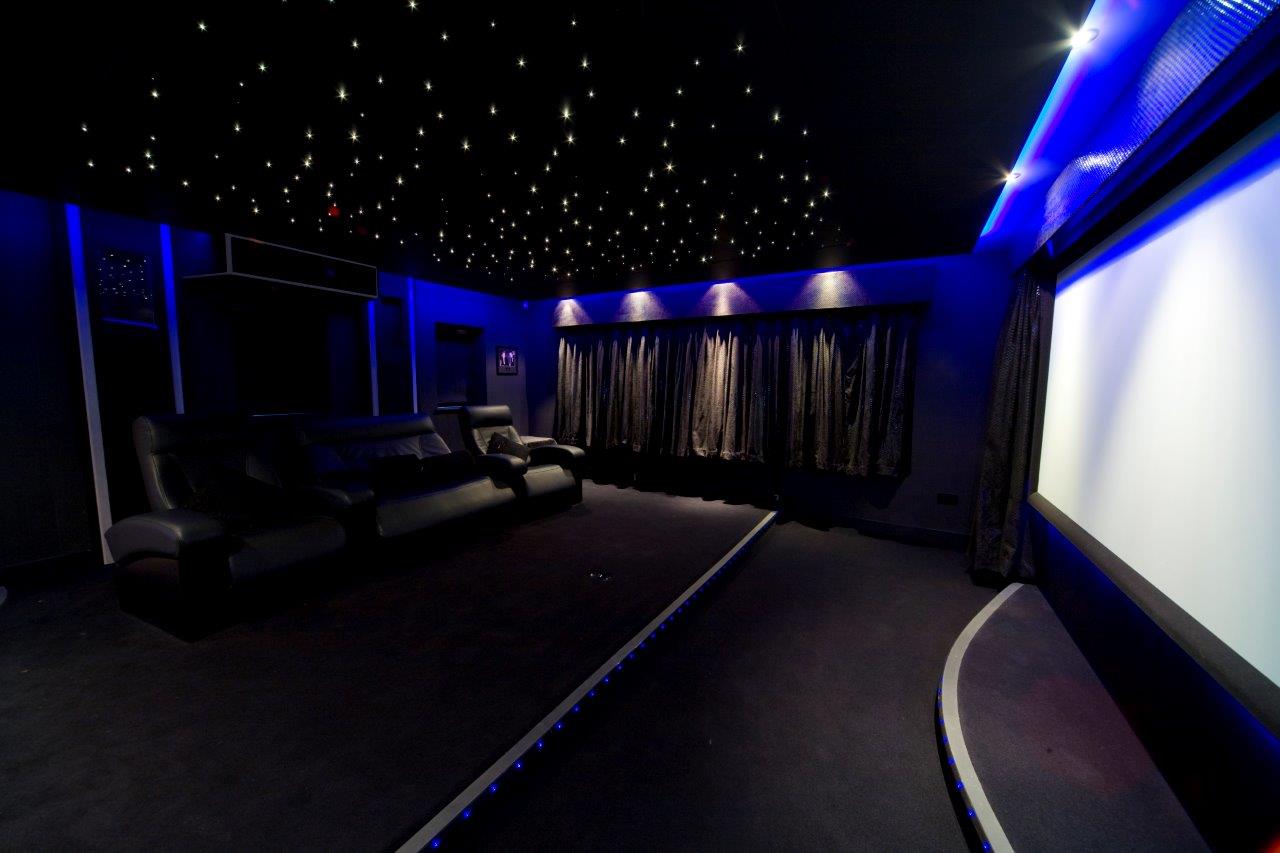 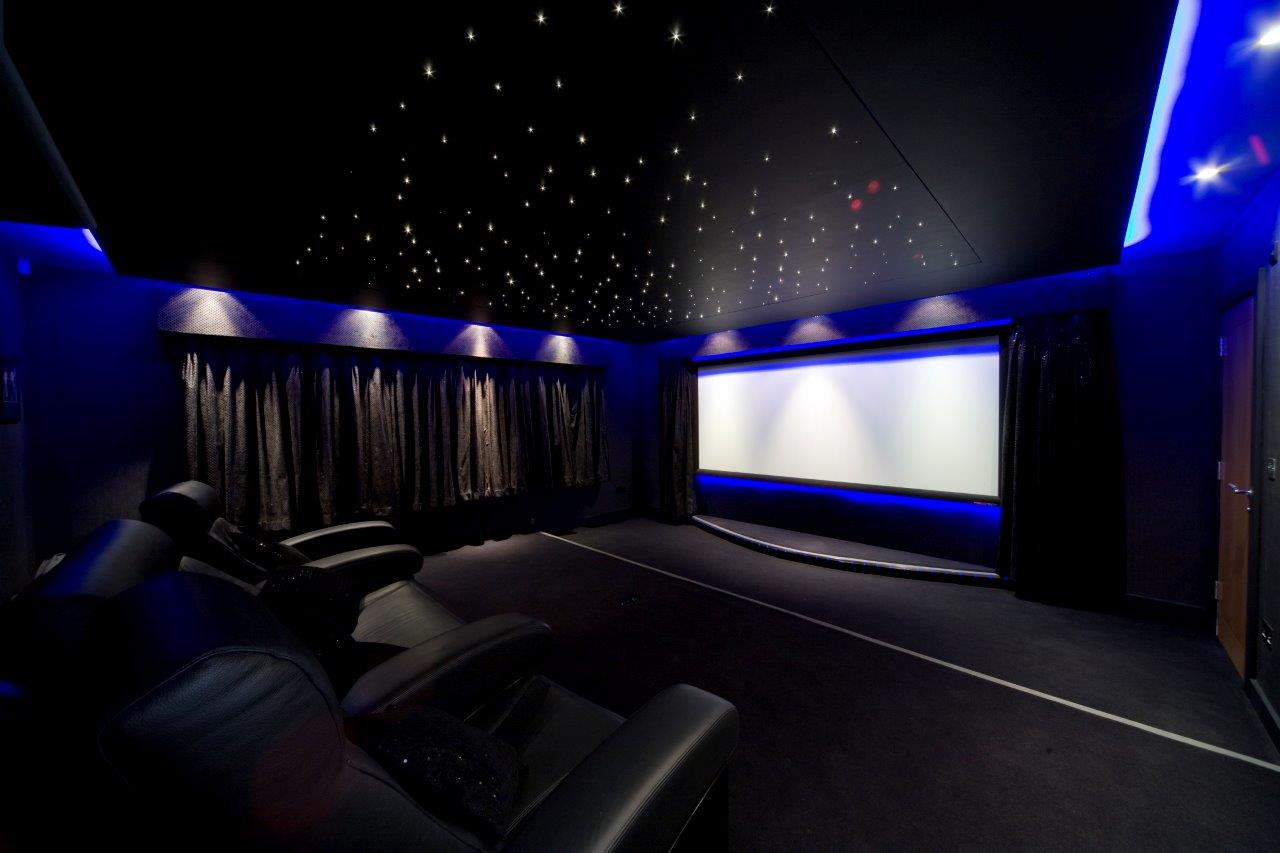 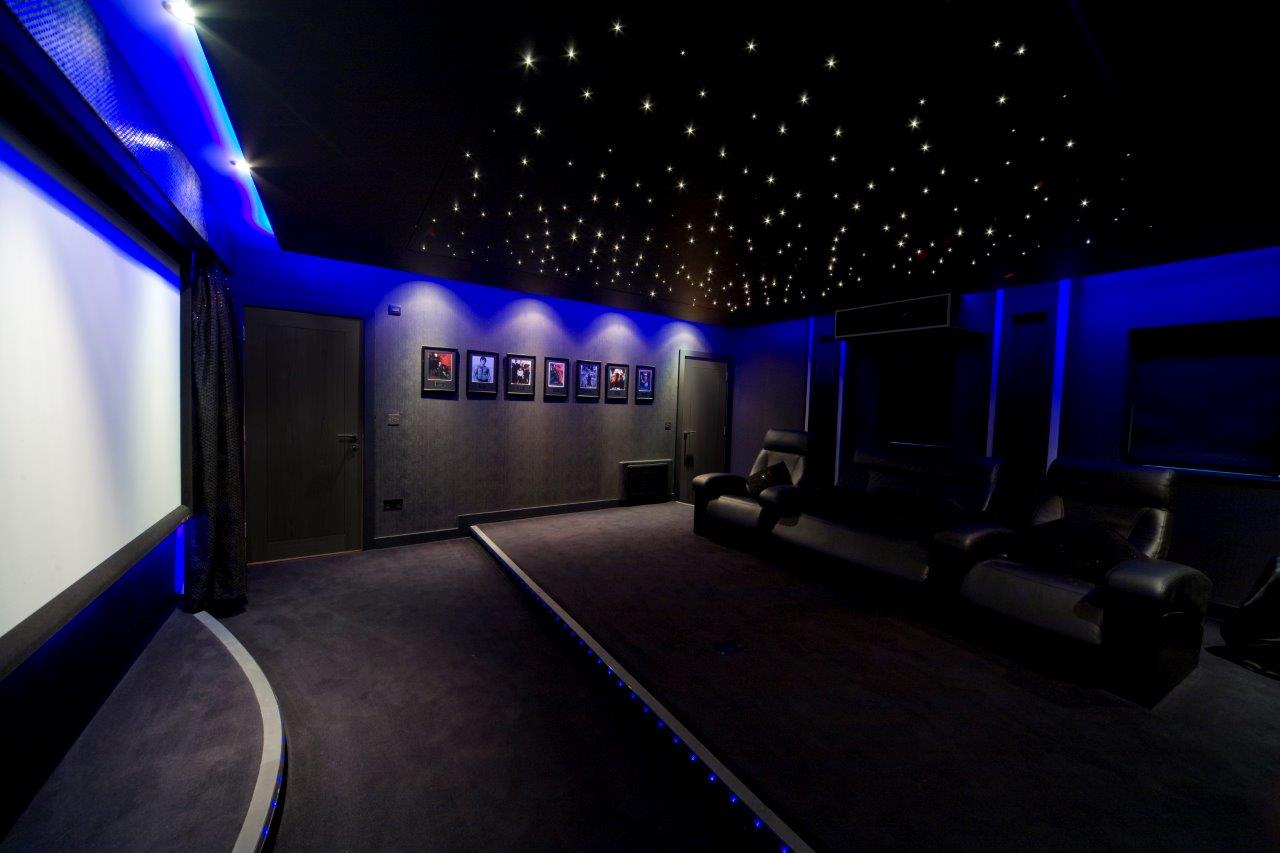 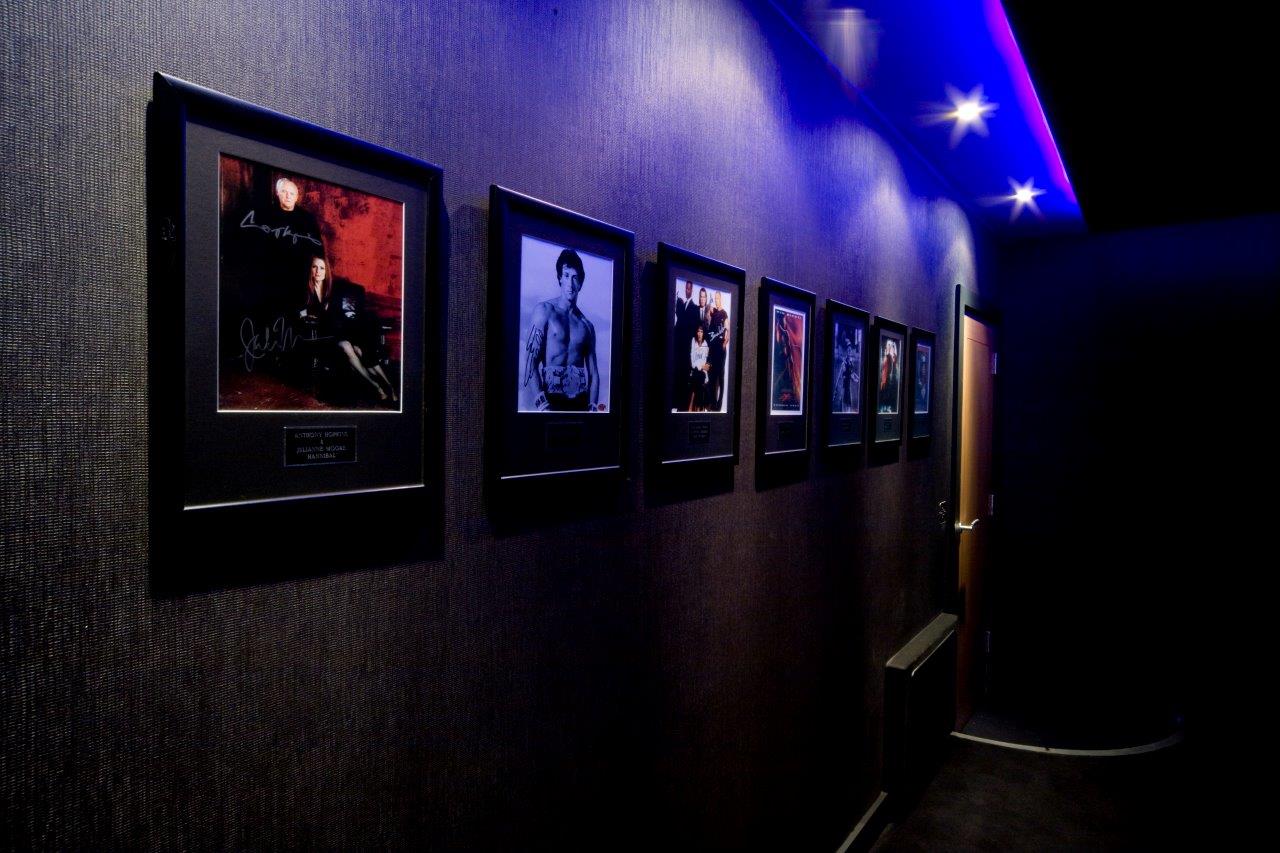 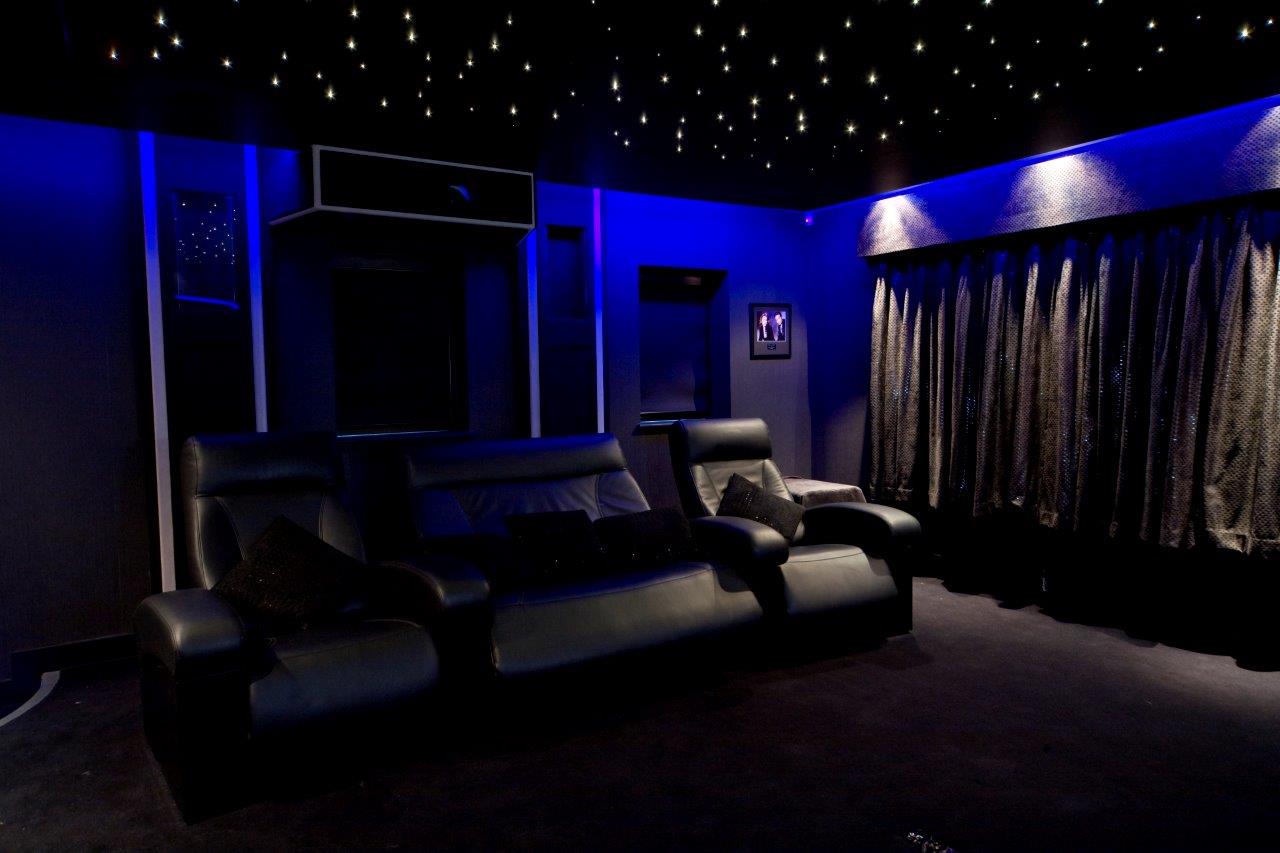 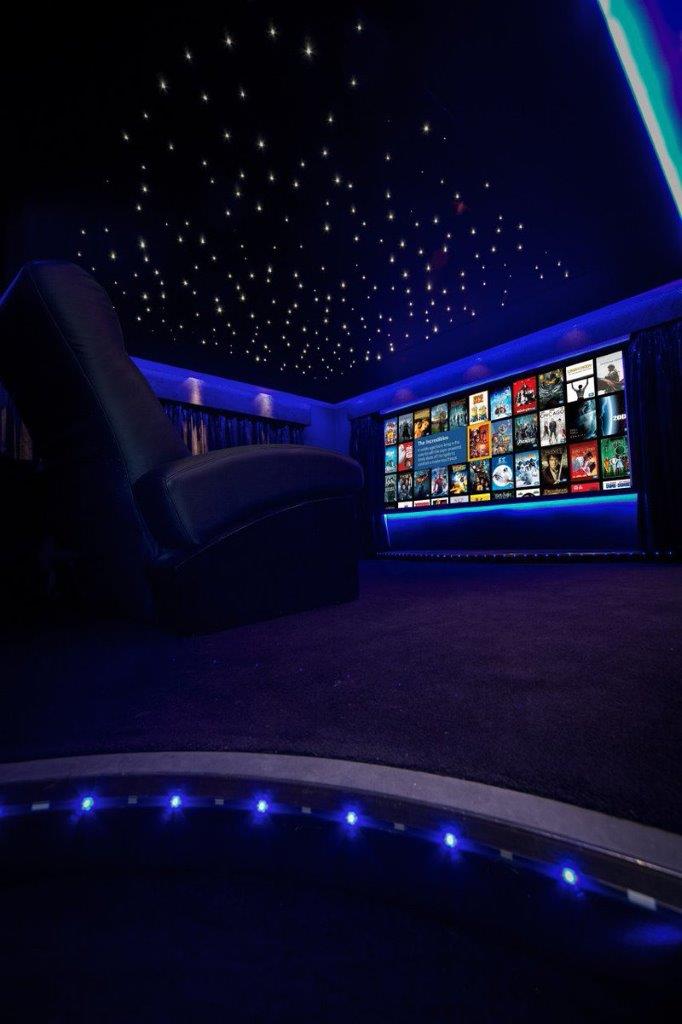 Joe Carri, Commercial Director, takes up the story, “This is a client who we have worked with in the past. Prestige Audio originally installed high end audio systems in his cars, Lamborghini, Ferrari and a couple of BMWs, we then installed a cinema in his previous house, this is his latest home. We installed the cinema as well as other AV/Automation around the property.”

The company’s goals when designing a cinema for a client are always the same and make sure the customer has the best possible all-round experience.

Joe argues, “Comfort is absolutely key, if a client doesn’t enjoy the room, they just won’t use is, it’s a simple as that. Uncomfortable headphones at £10,000 just won’t get used, even if they are the best sounding, the user experience spoils the performance, so we always bear that in mind.”

Joe underlines that ease of use combined with performance are also big when creating its cinema projects. Joes says, “Complicated systems frustrate clients, hence our custom interface for Crestron Control systems is a favourite. In terms of performance, sound in our opinion, is the most difficult to get right, so we place a lot of our expertise there. Picture is never easy either, but usually is always driven by the quality of the equipment and proper calibration.”

Of course, the other factor that needs to be taken into account is budget, and there can be necessary compromises that come up there.

Joe argues, “As always every client has a budget. However, we need to keep our integrity to ensure the client’s budget isn’t the primary goal. By doing this, clients can often be disappointed and miss out on improvements that some well thought out additional budget can bring.”

Delving into the detail

However, the company wanted the client to see just what was possible and so arranged for him to visit some top performing cinemas.

Joe explains, “We invited the client to Pulse Cinemas to demonstrate various cinema systems. Decision made. The customer definitely wanted big cinema performance, which for one of the systems he experienced could be priced at just over £200,000 for equipment only, say £300,000 after installation, wall treatment, seats and automation However, we had to stay within £150,000 including seats, lighting and floor/wall fabrication. With regarding choosing the products, he really left it to us and we had to design a system that would hit our internal goals.”

So well worth a trip to the demo facility as the budget, performance ratio was still a challenge, the client has definitely been impressed and Prestige were able to increase the budget. The interior was designed by a combination of client input and Prestige Audio expertise.

Joe explains, “Our brief on the design was simple, dark, non-reflective colours. No glass coffee table in front of the screen! Many of your readers will know that a darker room with non-reflective walls, floors and ceiling will increase the perceived performance of the projector, however this has an equally big impact on the sound due to the way our brains and ears work. We compromised on the pictures the client wanted on the wall.”

Challenge wise, like all projects this one had its moments.

Joe recalls, “Our biggest challenges were speaker locations and the windows. There were two small windows that were not centred on the rear wall and another large window on the left-hand wall (looking at the screen) so speaker placements were compromised.

“Diffusers around the rear speakers helped. We had a similar issue with the side speakers, whilst not ideal, the sides were installed in the ceiling, we selected the Paradigm CI Pro P80-A speakers for this. The room correction offered by the AudioControl M5 processor helped, as well as lots of system tuning to modify the Dirac correction delivered by the processor. As the room was on the smaller side, we could sacrifice max SPL levels and this was another compromise the client was happy with to achieve the allocated budget.”

Some of the other kit that went into completing the cinema included Lutron window treatments, control via a Crestron TSR 302, a Prismasonic Anamorphic Lens partnering the Digital Projection Atlas 1 projector and for video sources a Kaliedescape: Strato 6TB machine and a Pioneer UDP-LX500 4K Blu-Ray Player.

So, what are the team particularly pleased with now it’s all finished and commissioned?

Joe enthuses, “The picture detail we get from the Digital Projection high contrast projector delivers stunning results, the other is accuracy of sound reproduction when we were finished setting up. We have some Sheffield Labs (high-end audiophile recording label) demo and test discs that we are very familiar with and were quite surprised with the performance from the front speakers, both in terms of tonality and imaging. We always say that if a cinema doesn’t perform on audio, it won’t perform well during a movie, after all who knows what a laser, ray gun, or King Kong really sounds like? Some of us have heard gun shots, but we are few and far between.”

Joe adds, “The client was initially blown away by the picture, however after we spent some time helping him pick up (understand) tonality, staging and imaging on the sound. He really got it, and often calls and tells us his cinema outperforms his friends, especially on the sound side, which we all know is the hardest to get right.”