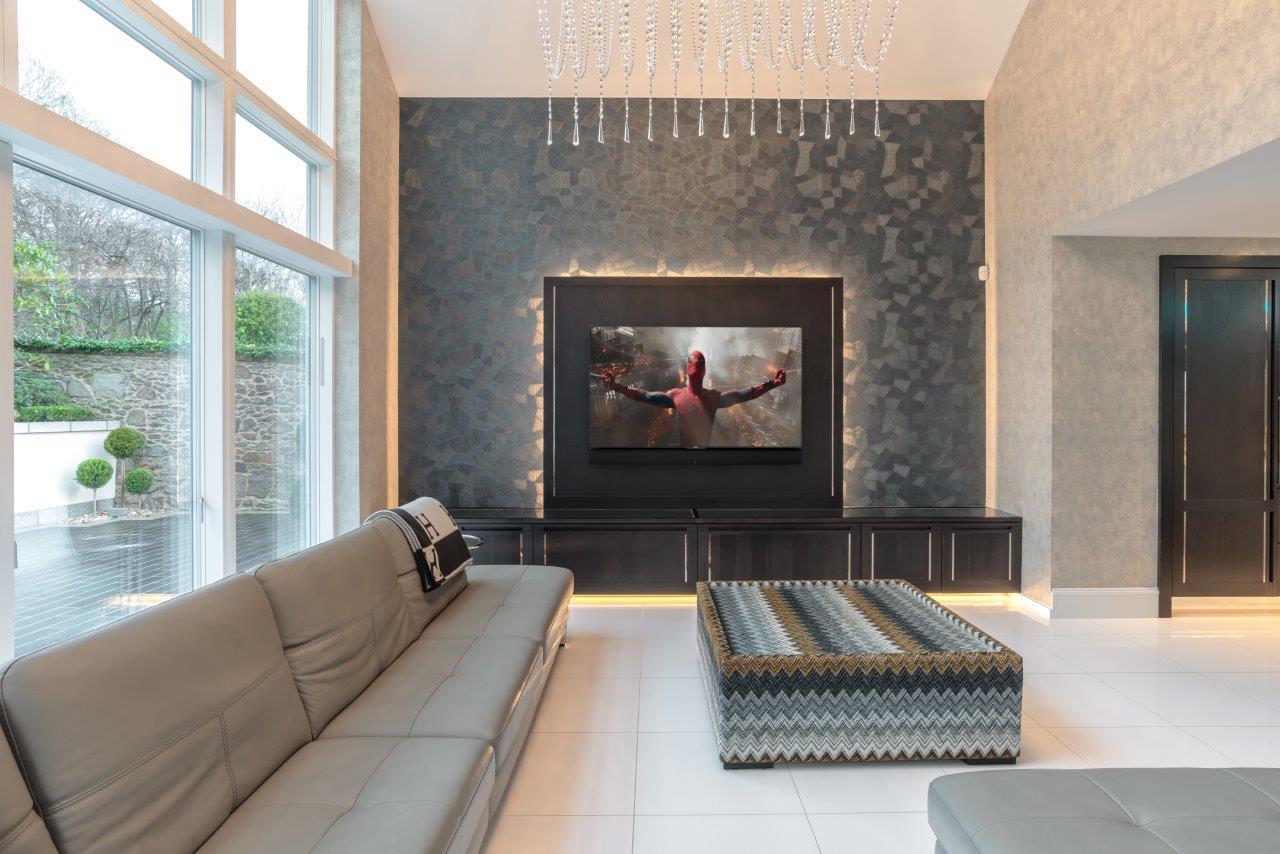 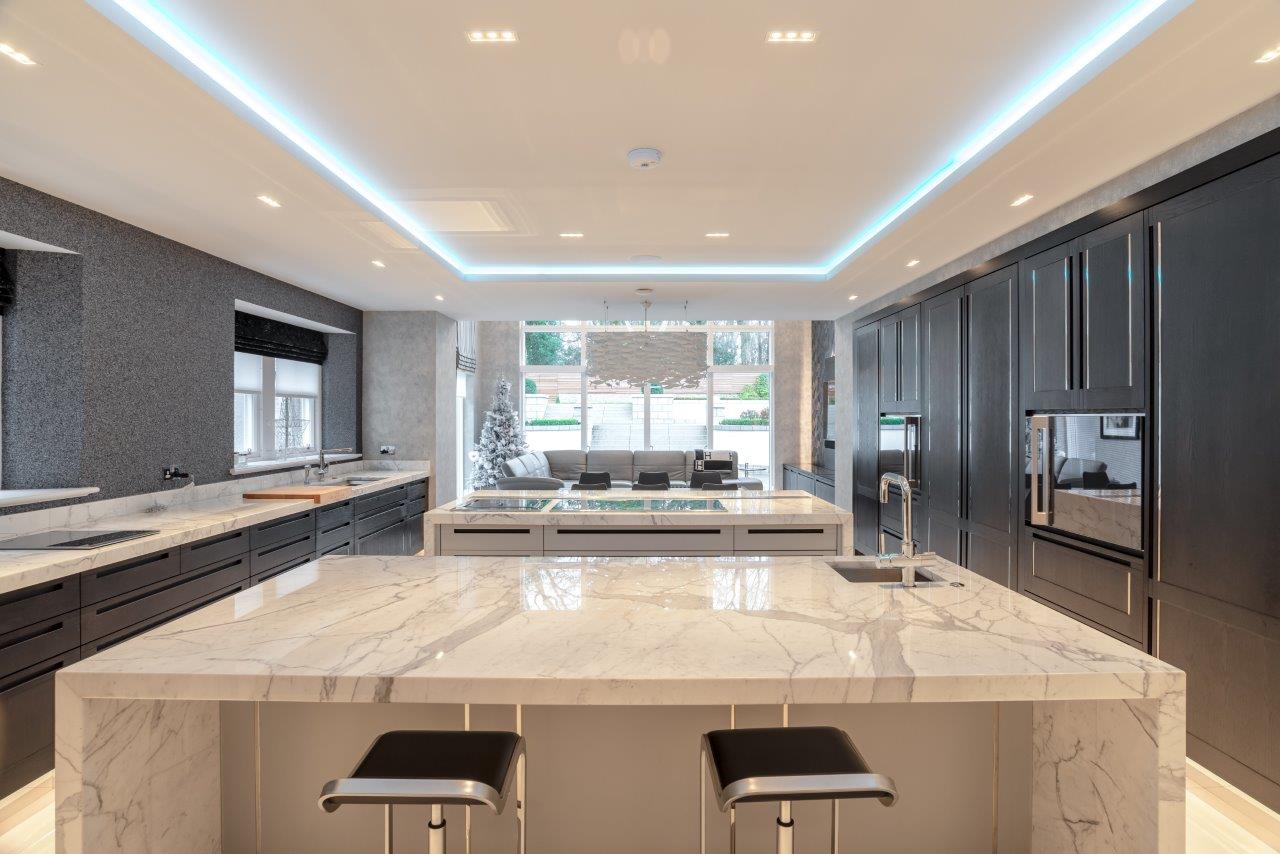 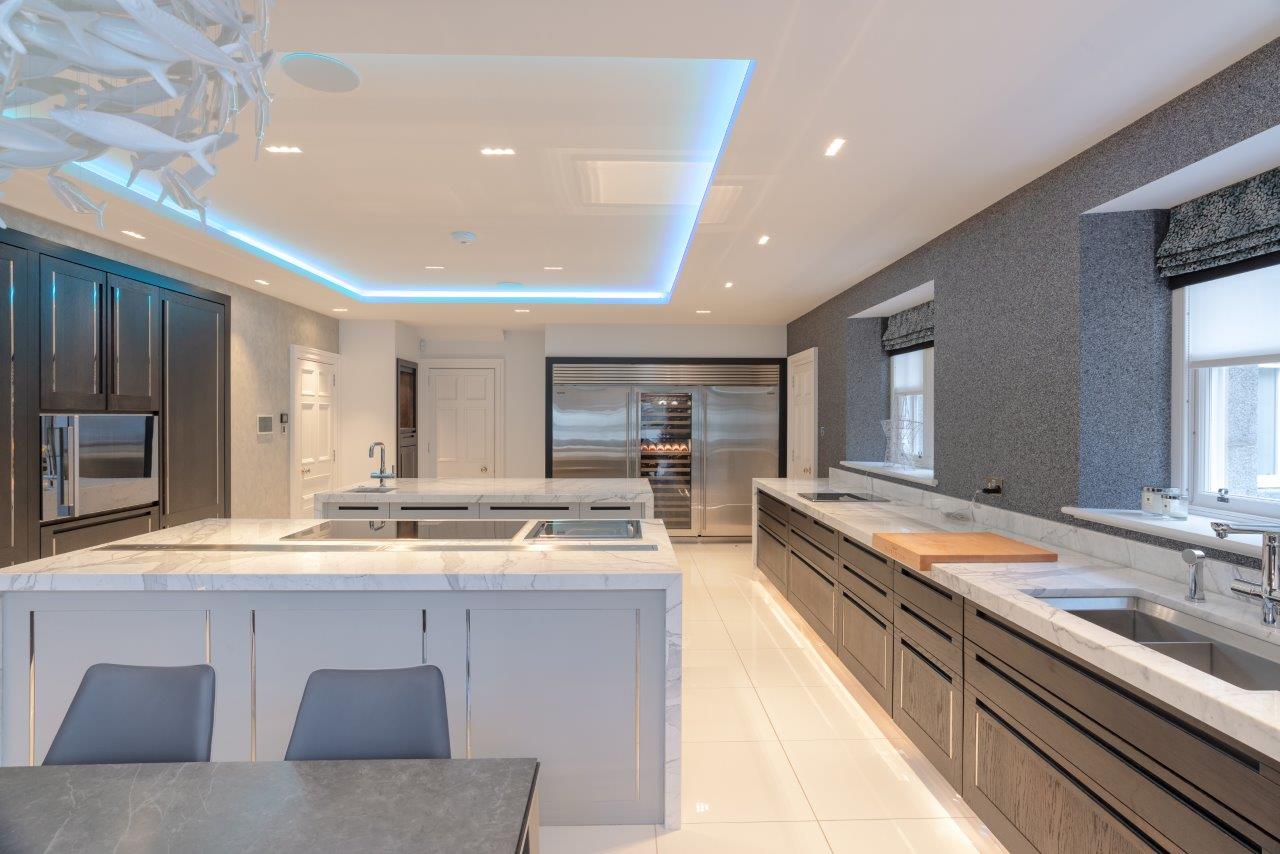 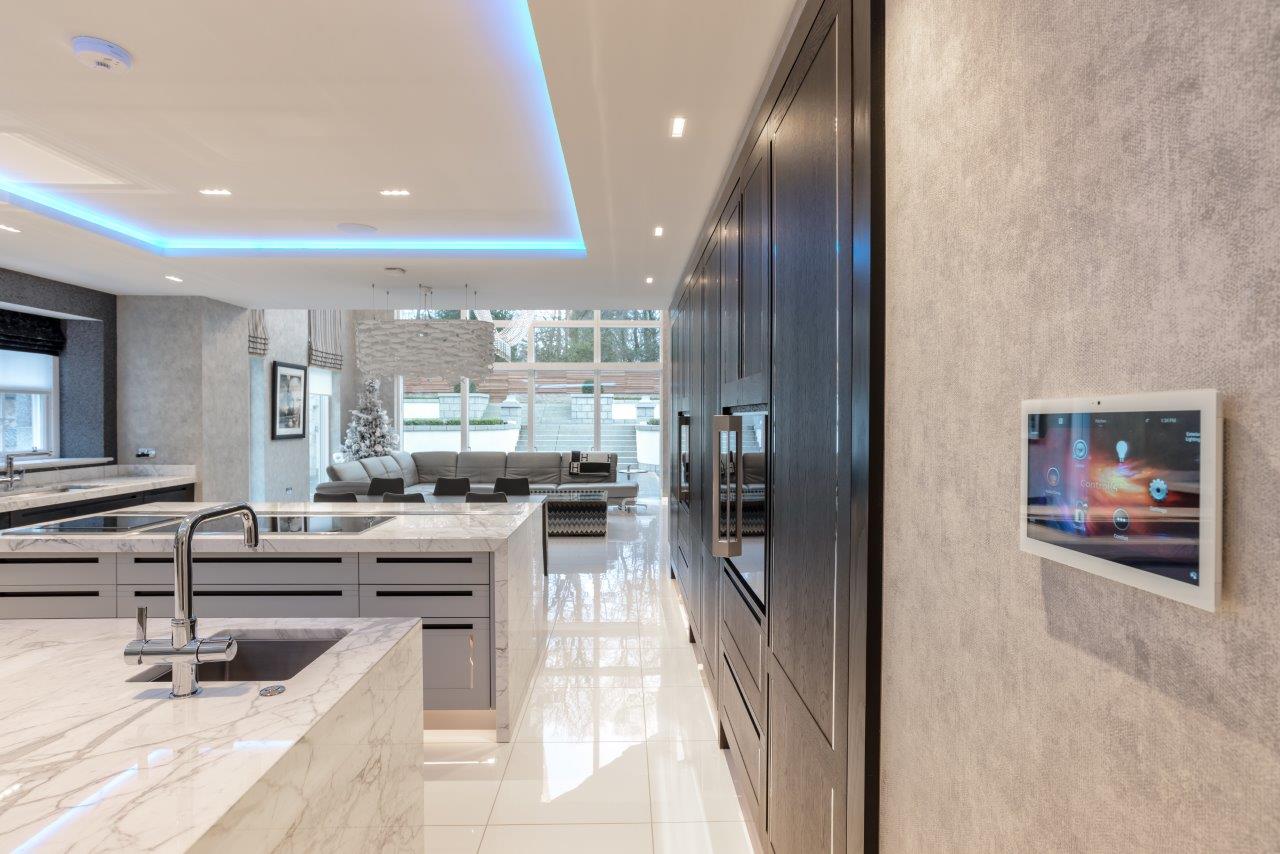 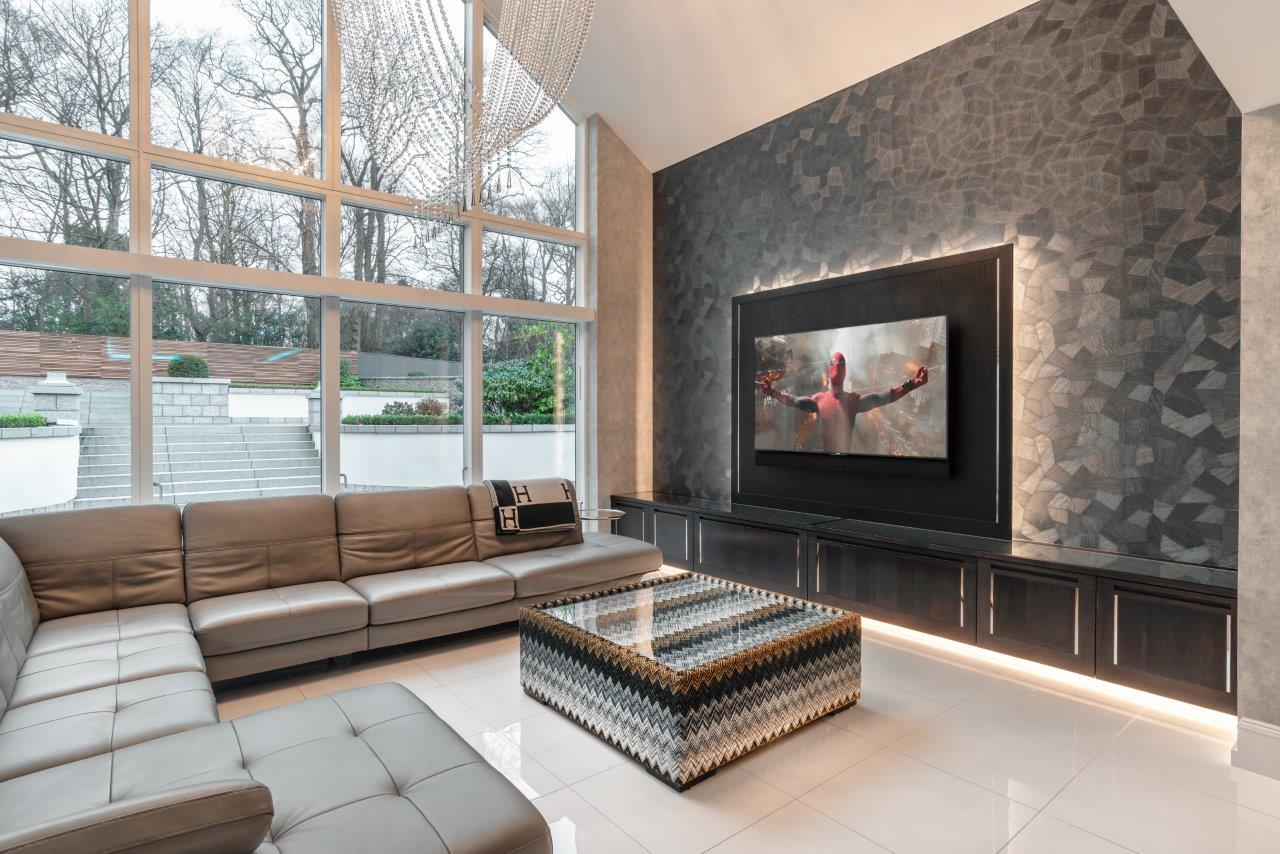 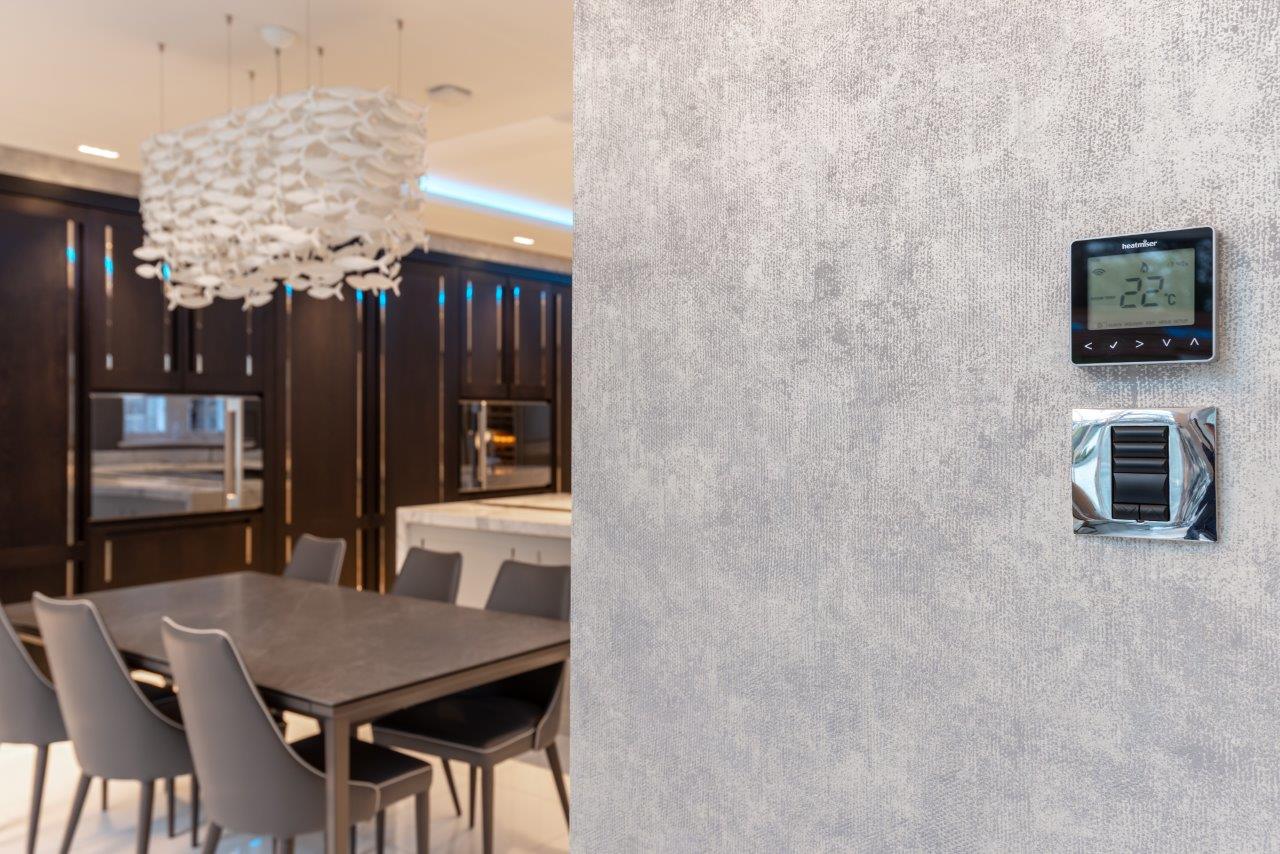 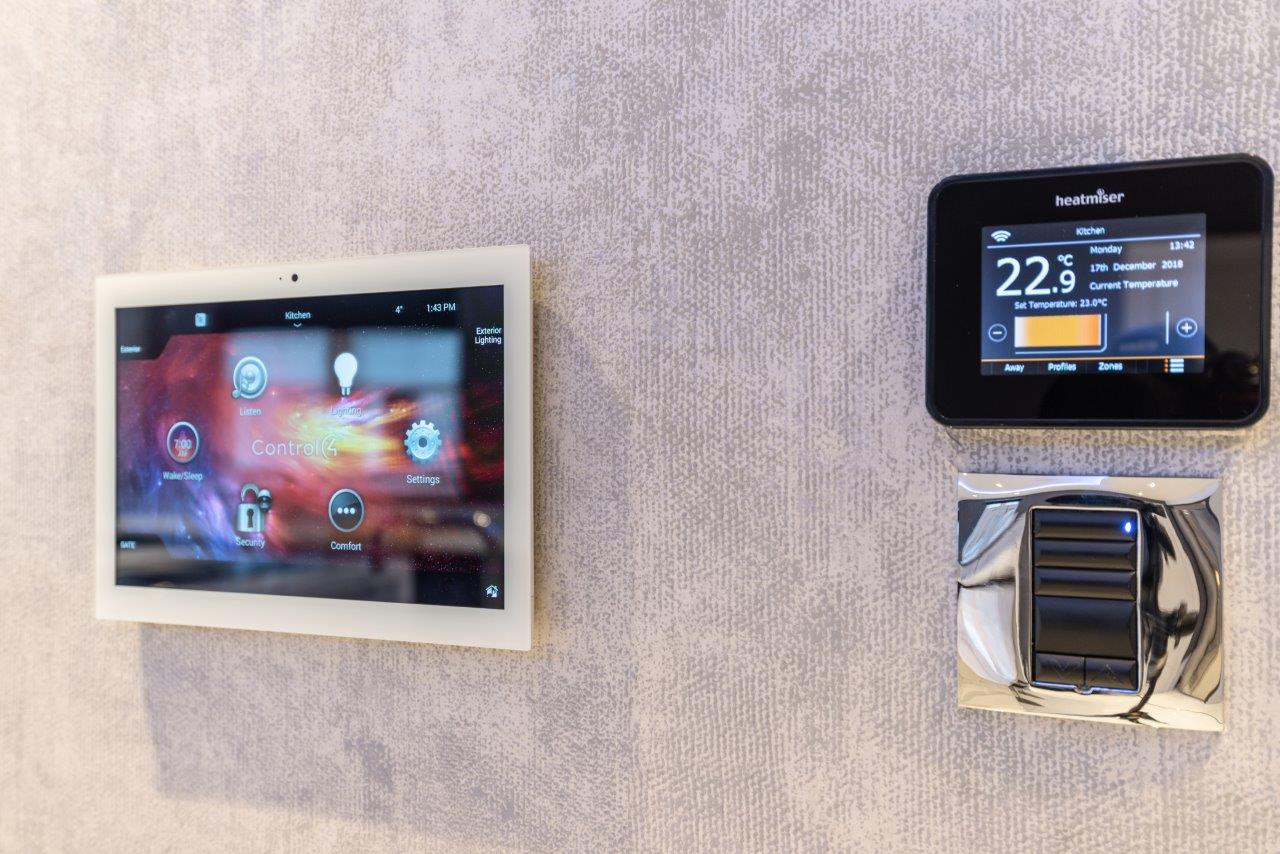 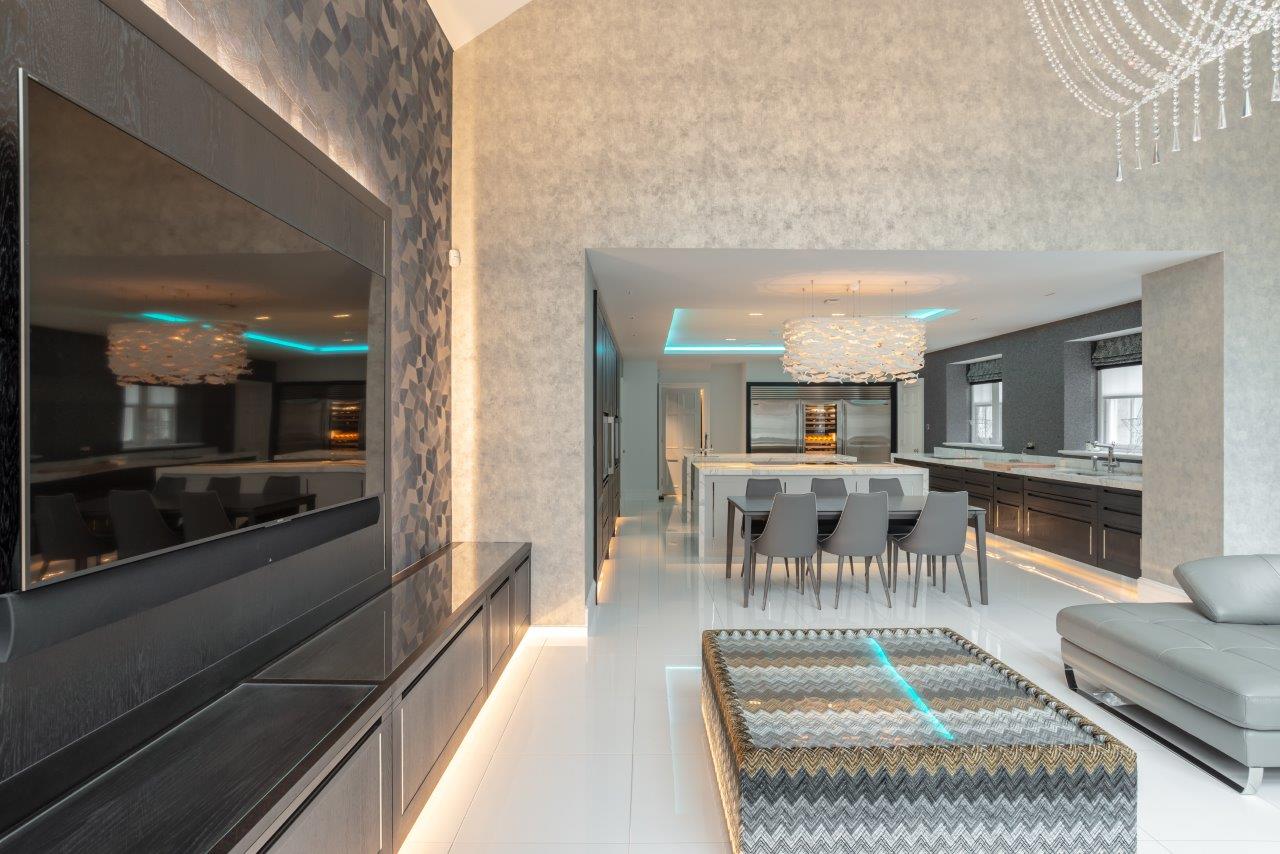 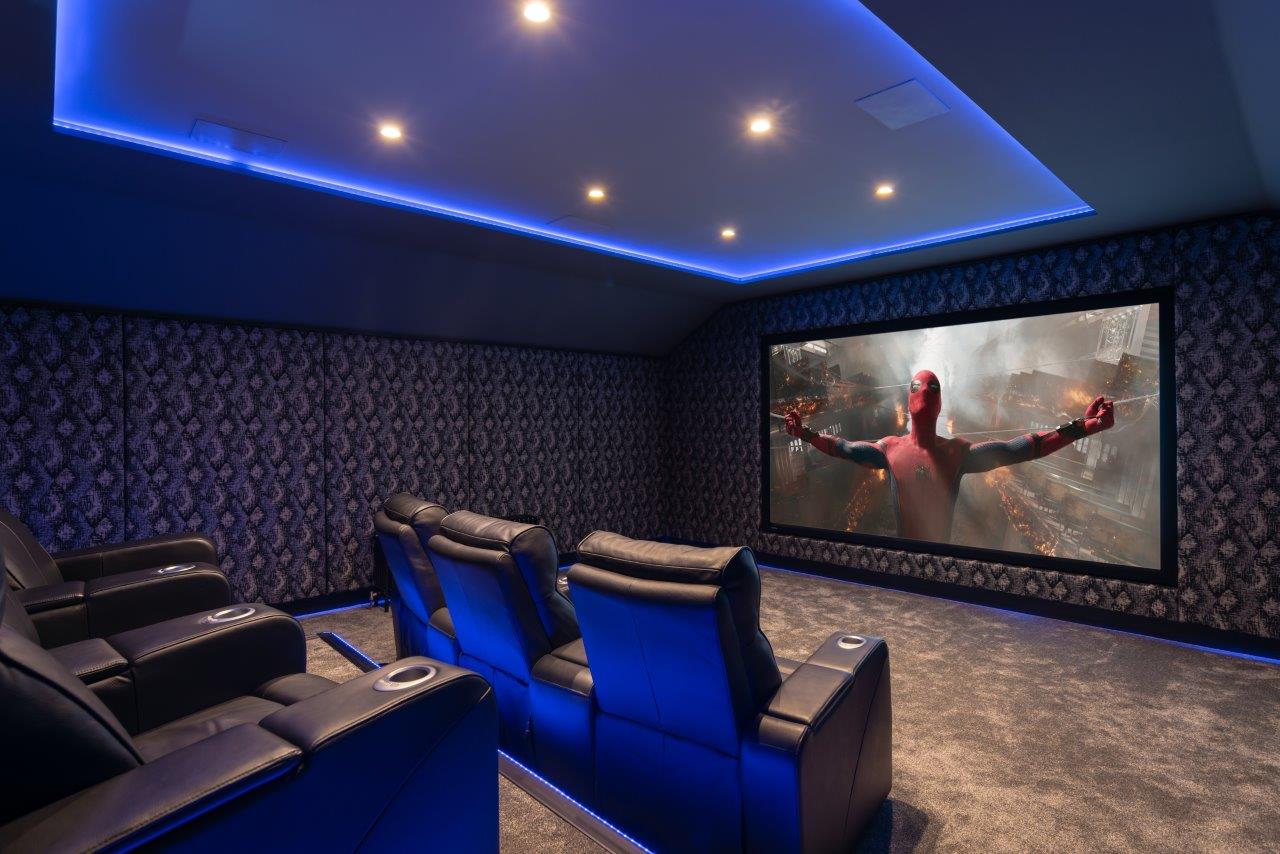 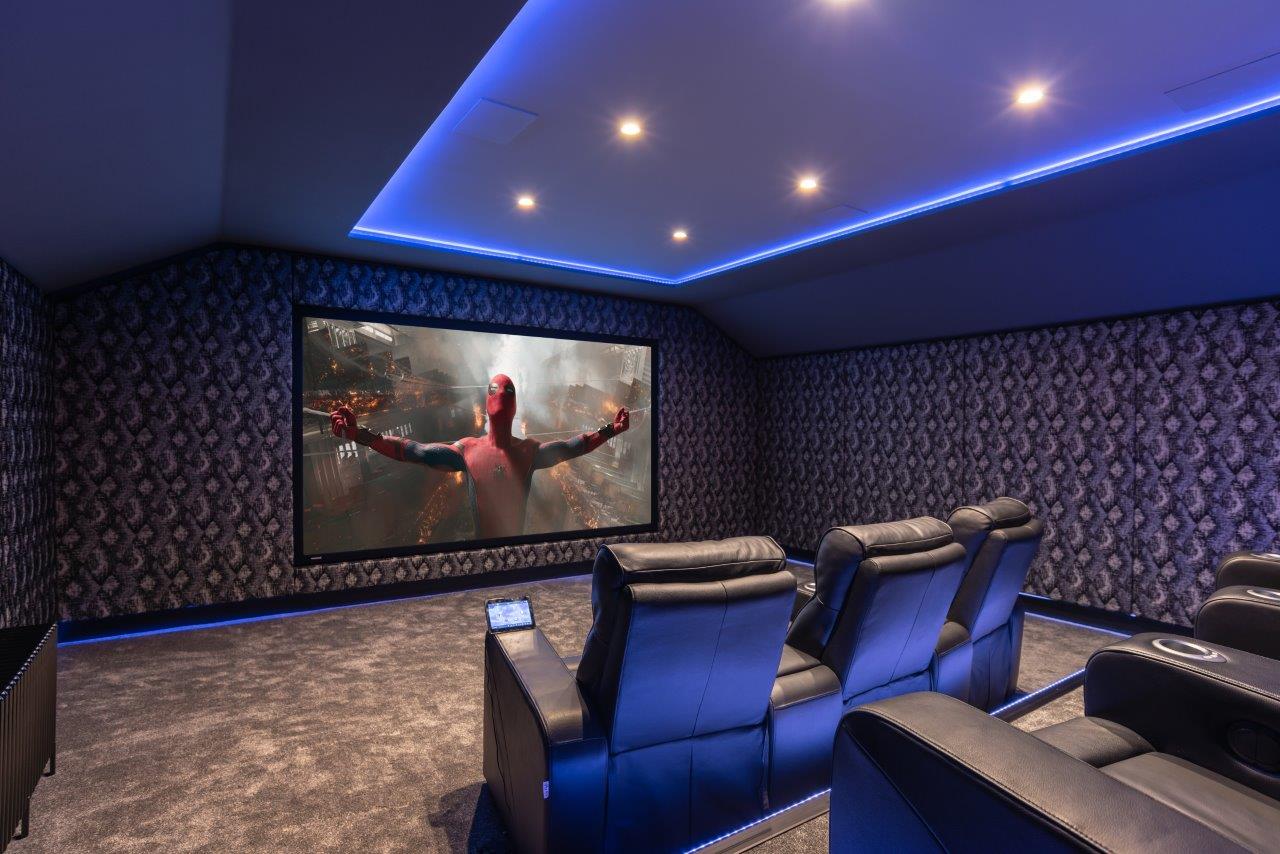 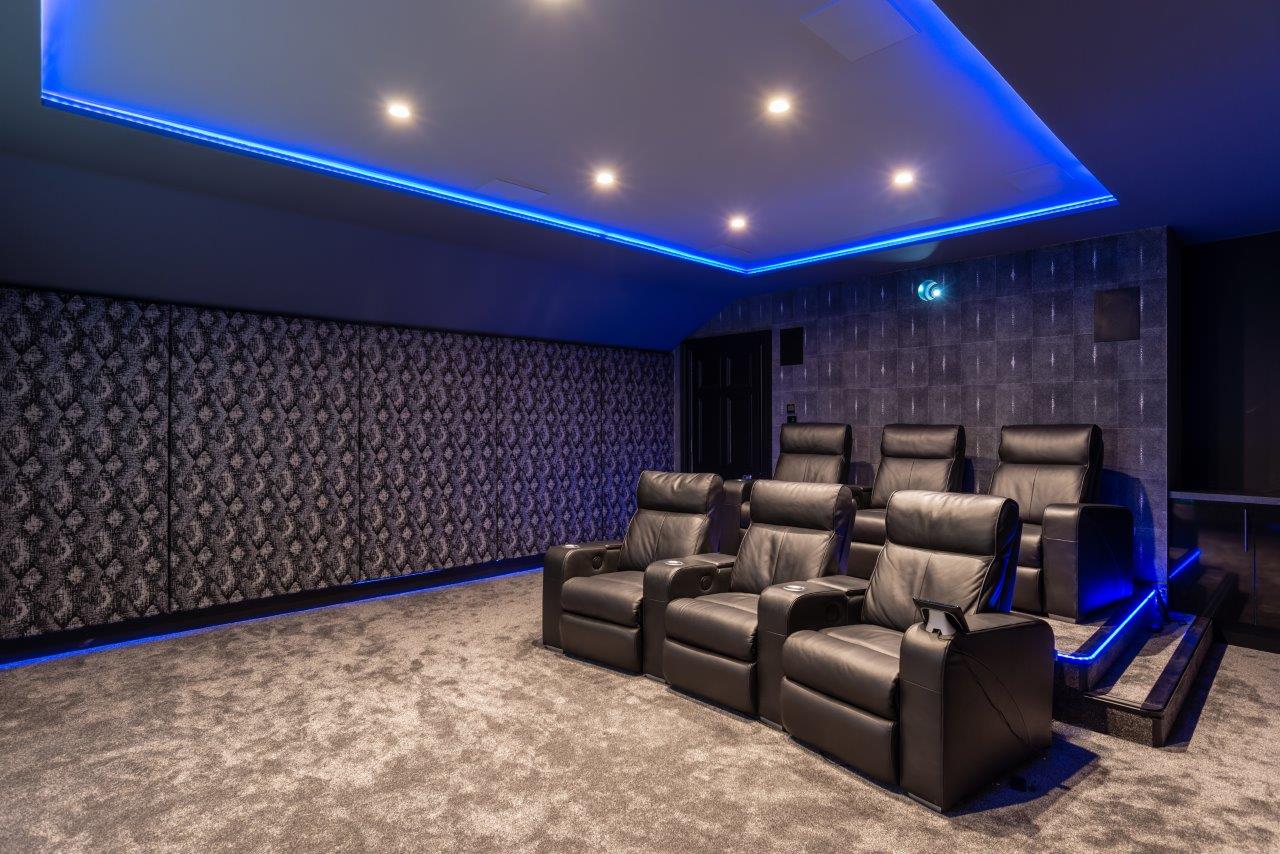 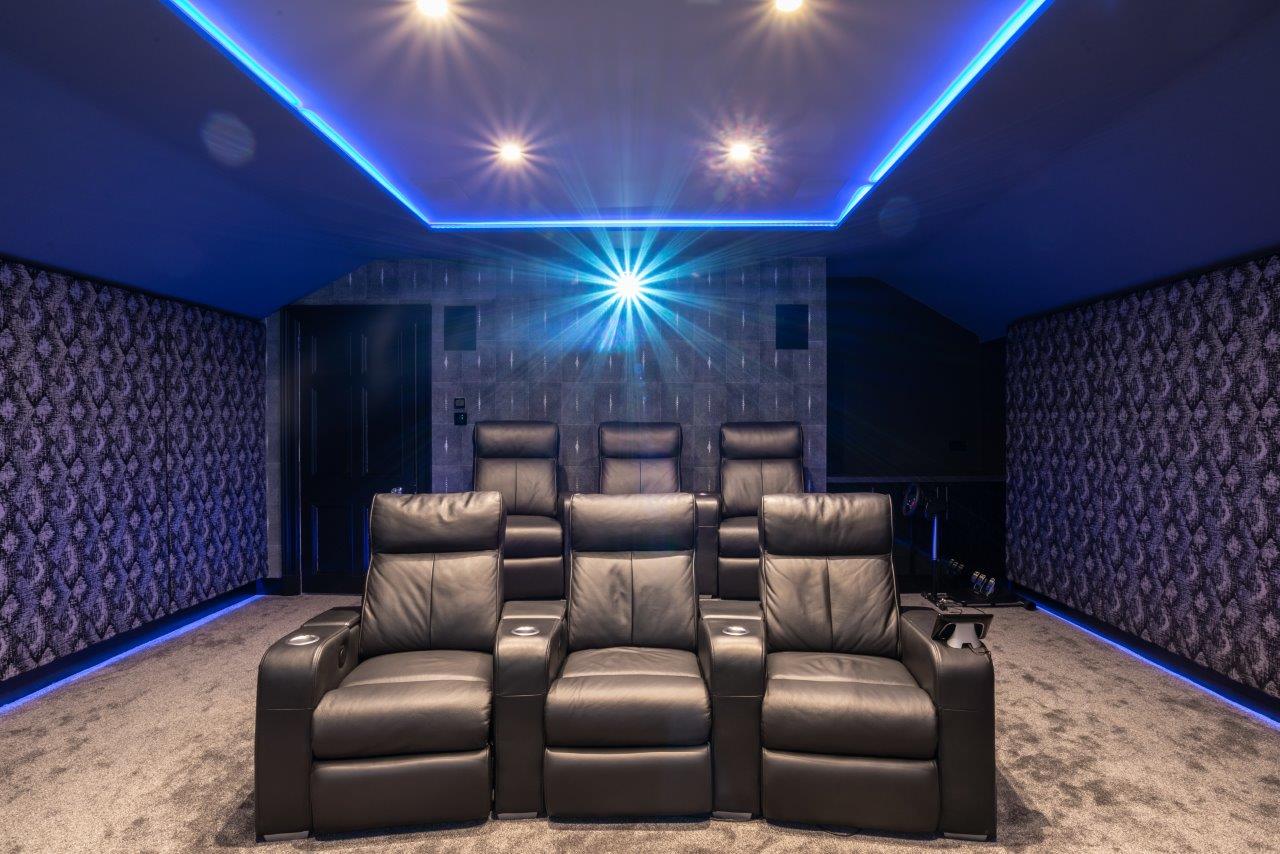 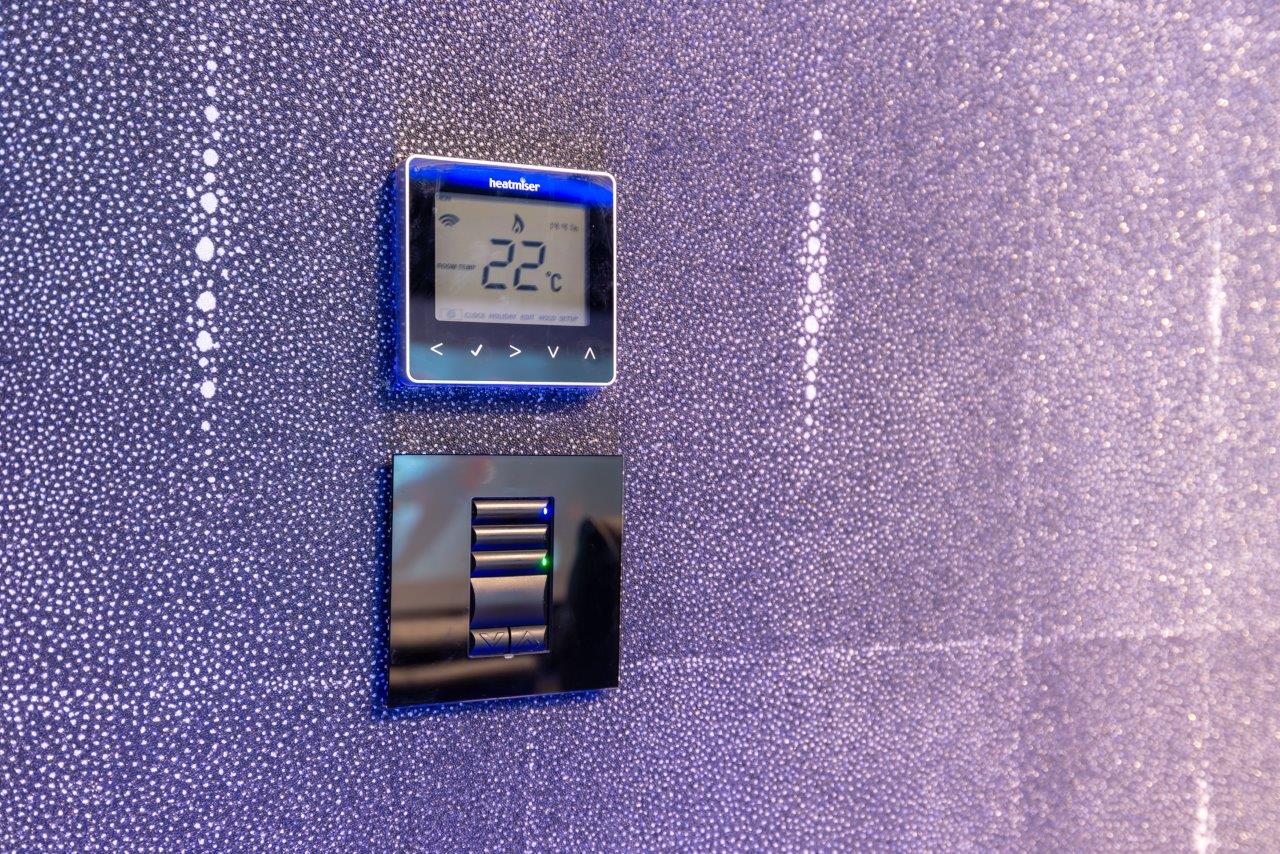 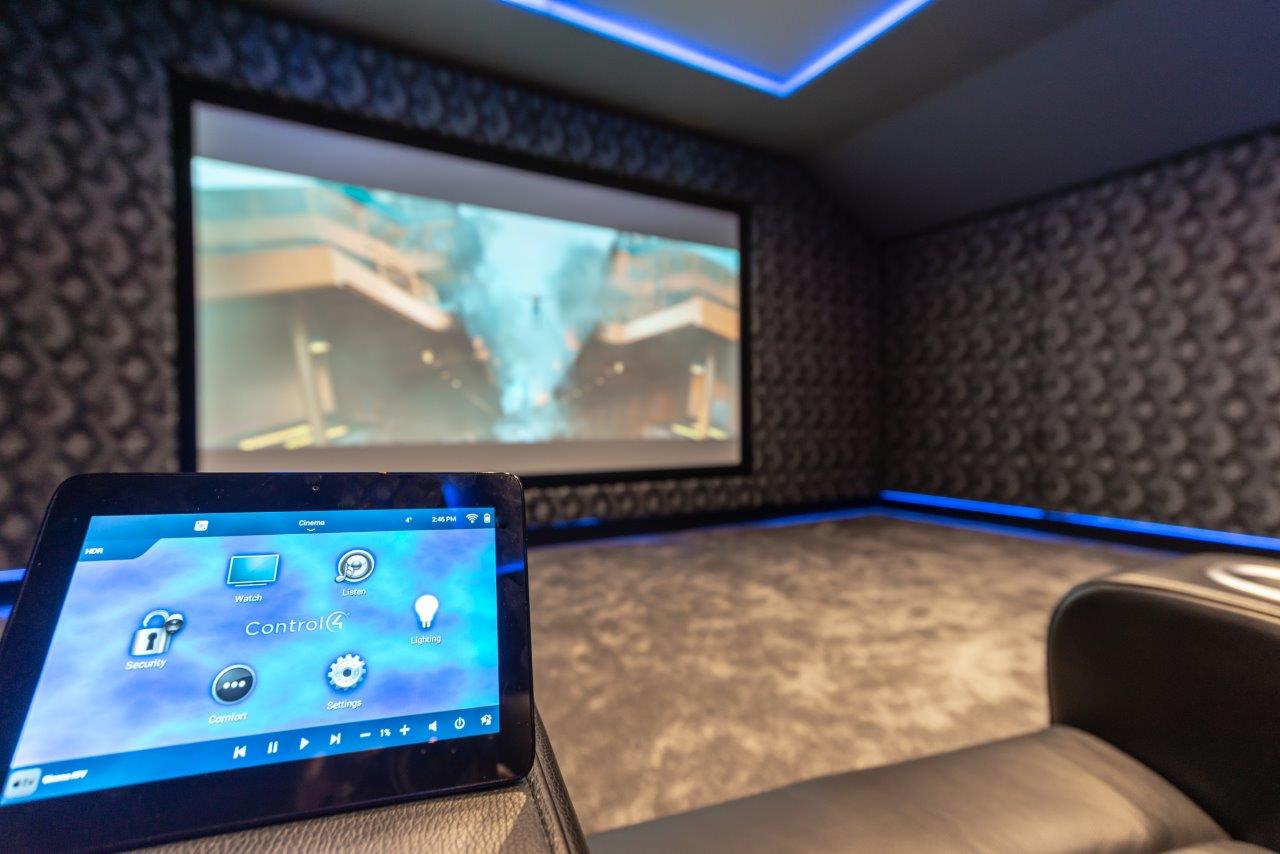 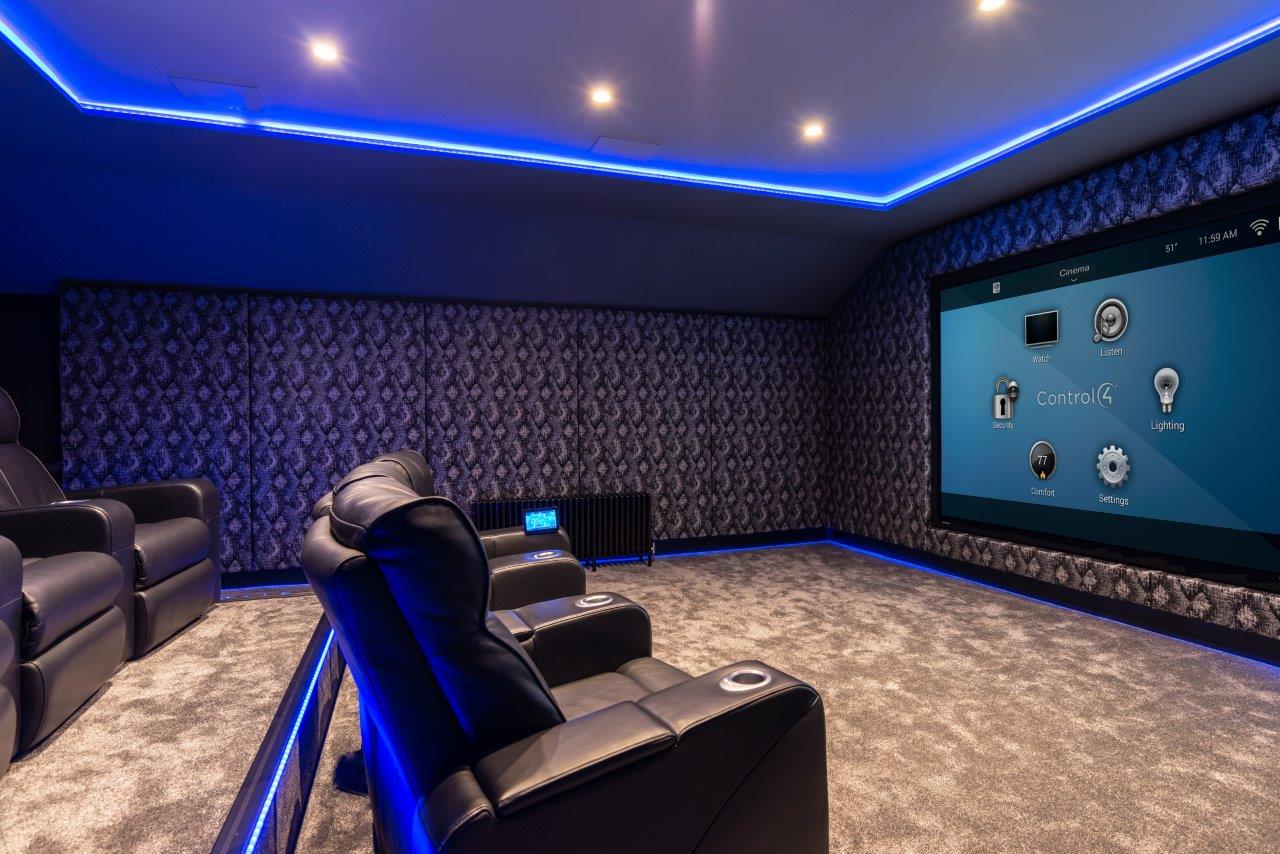 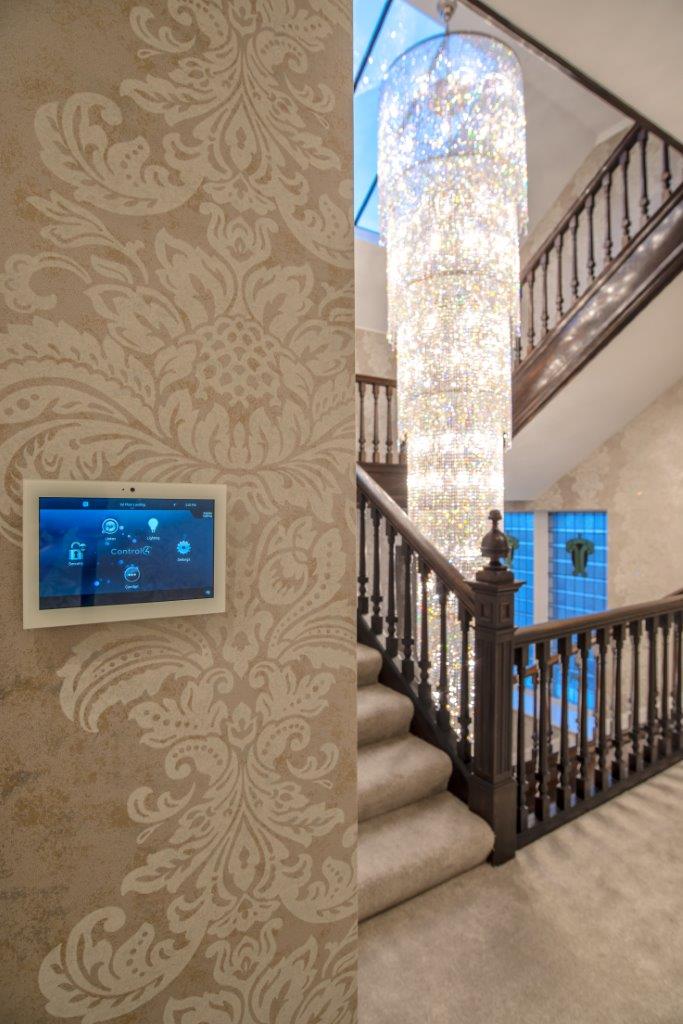 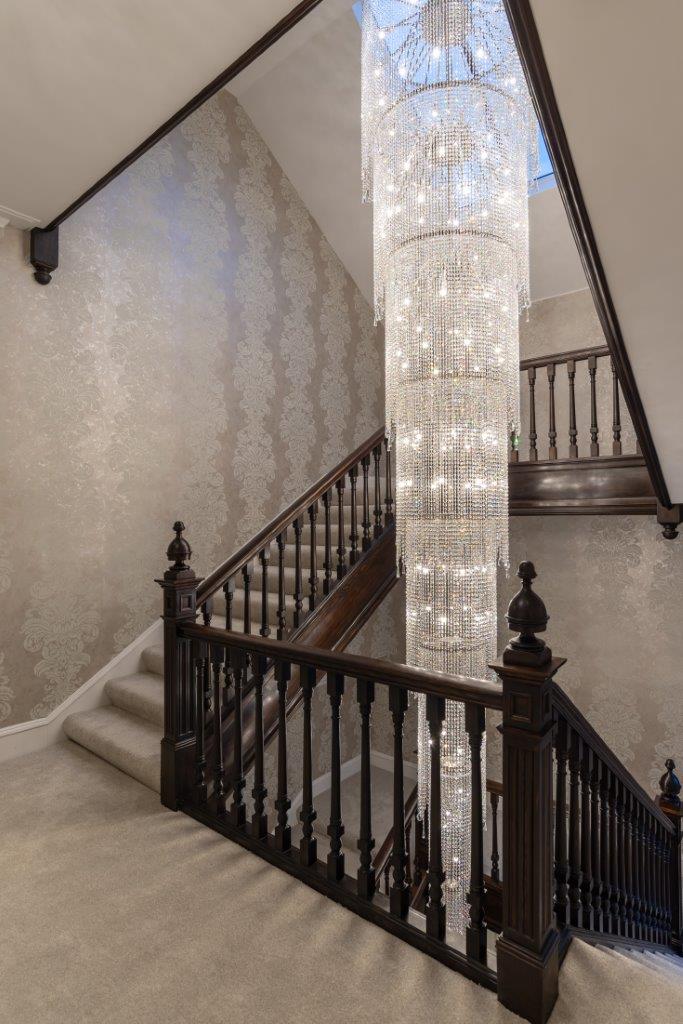 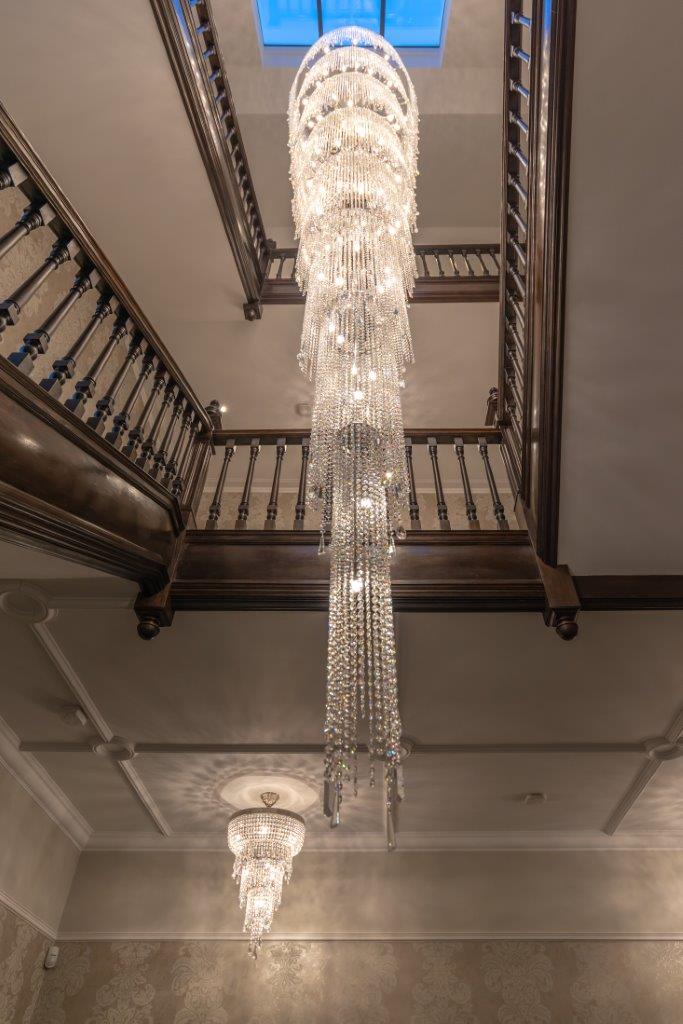 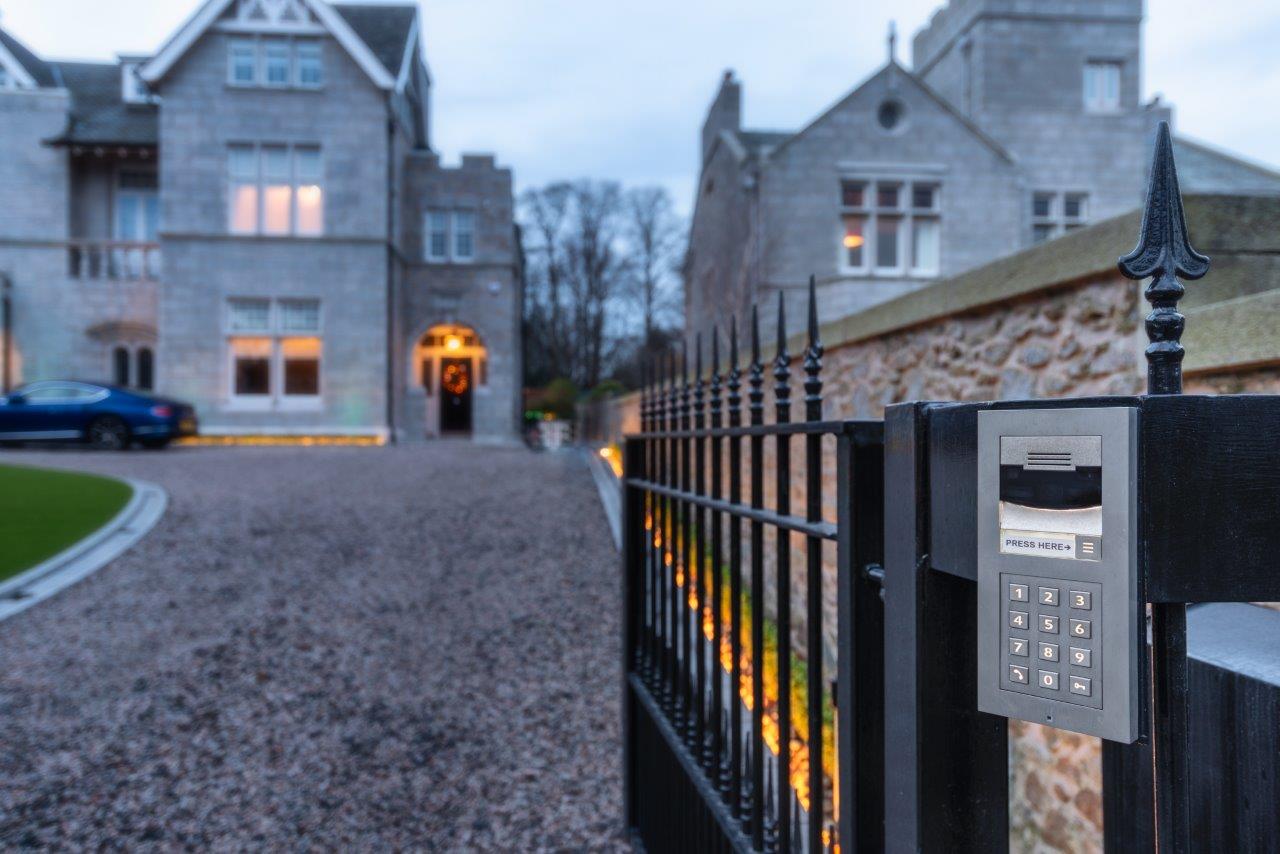 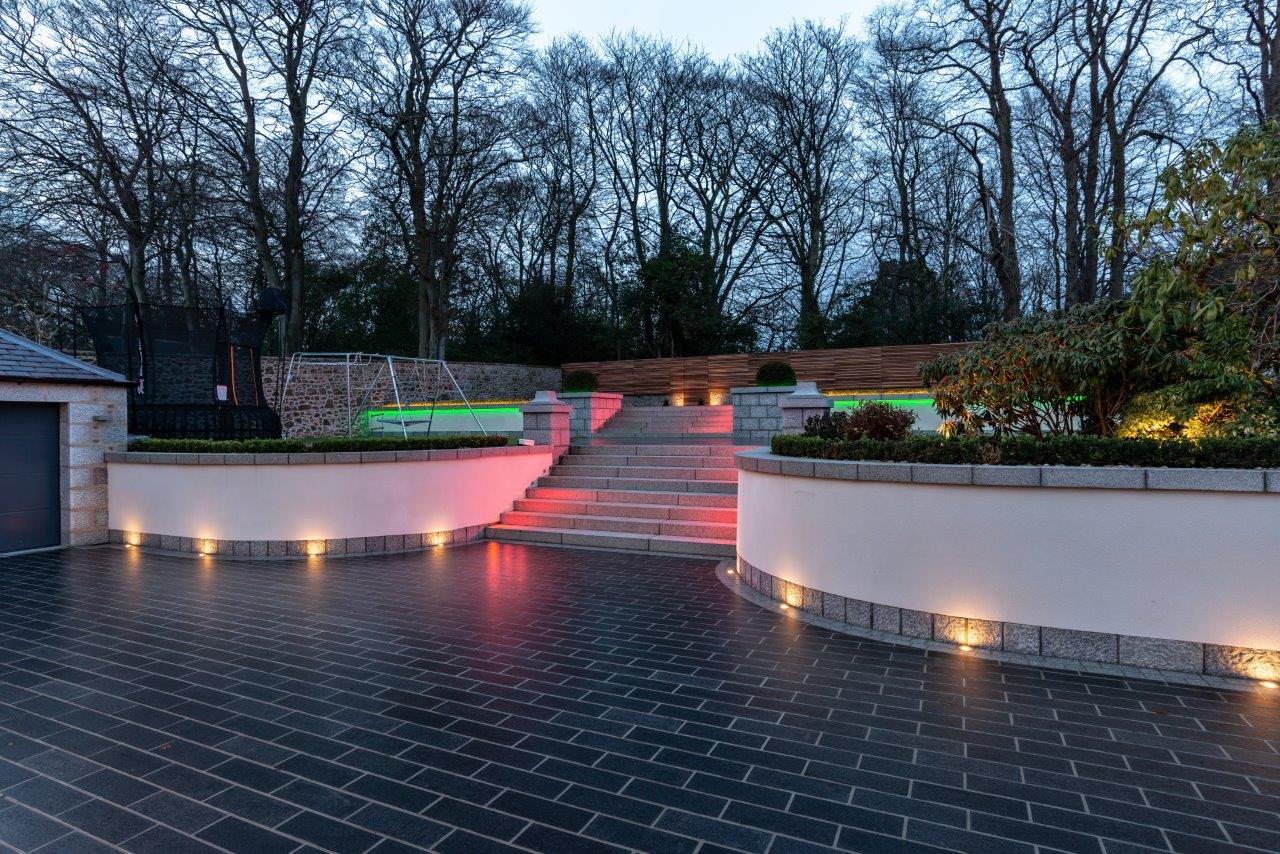 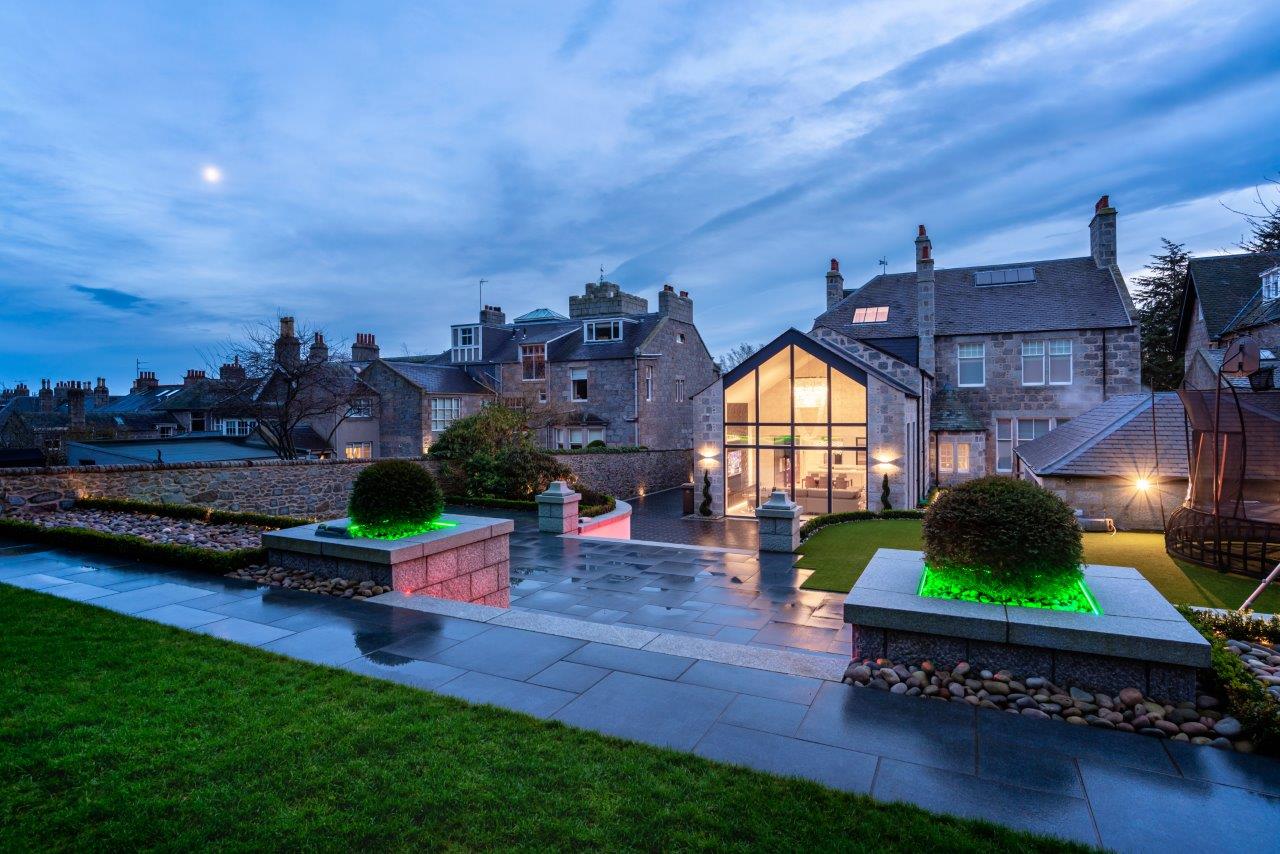 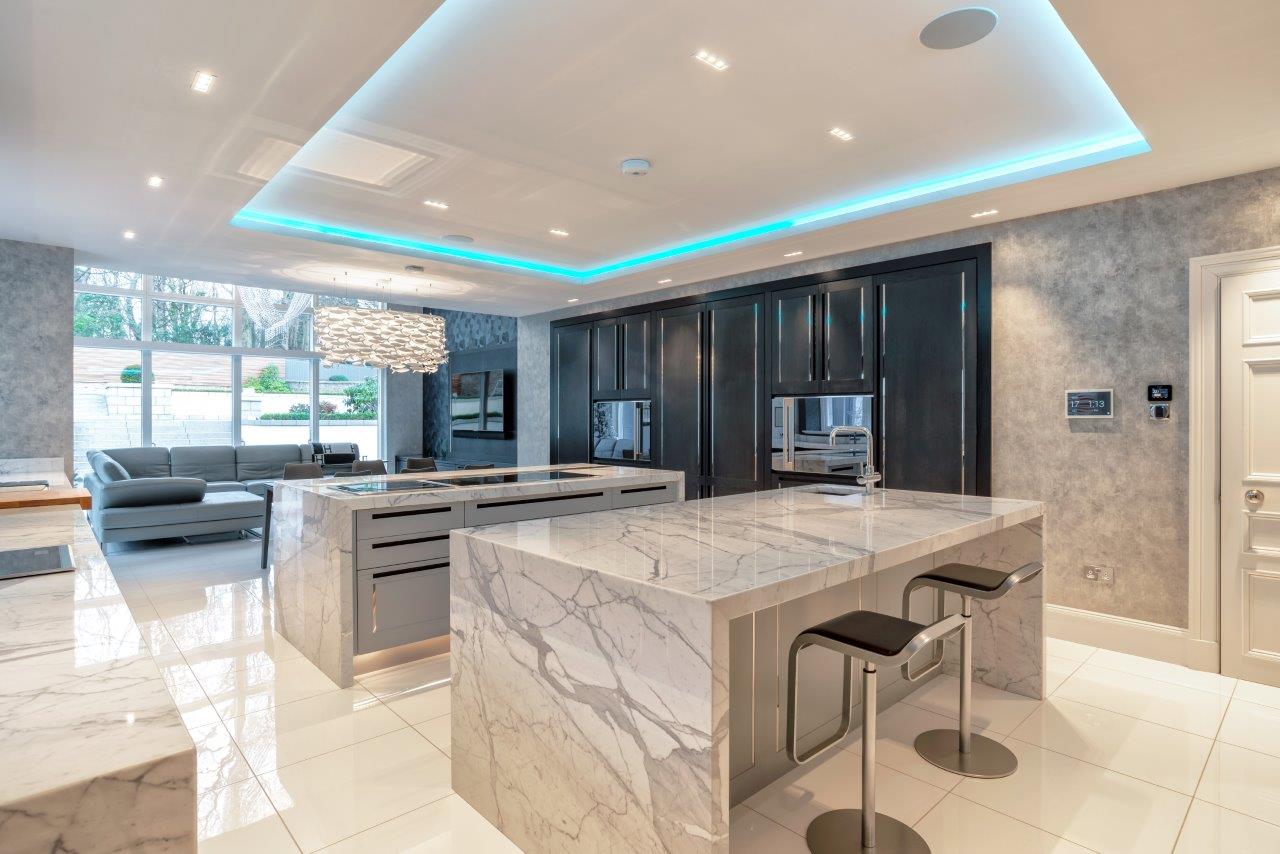 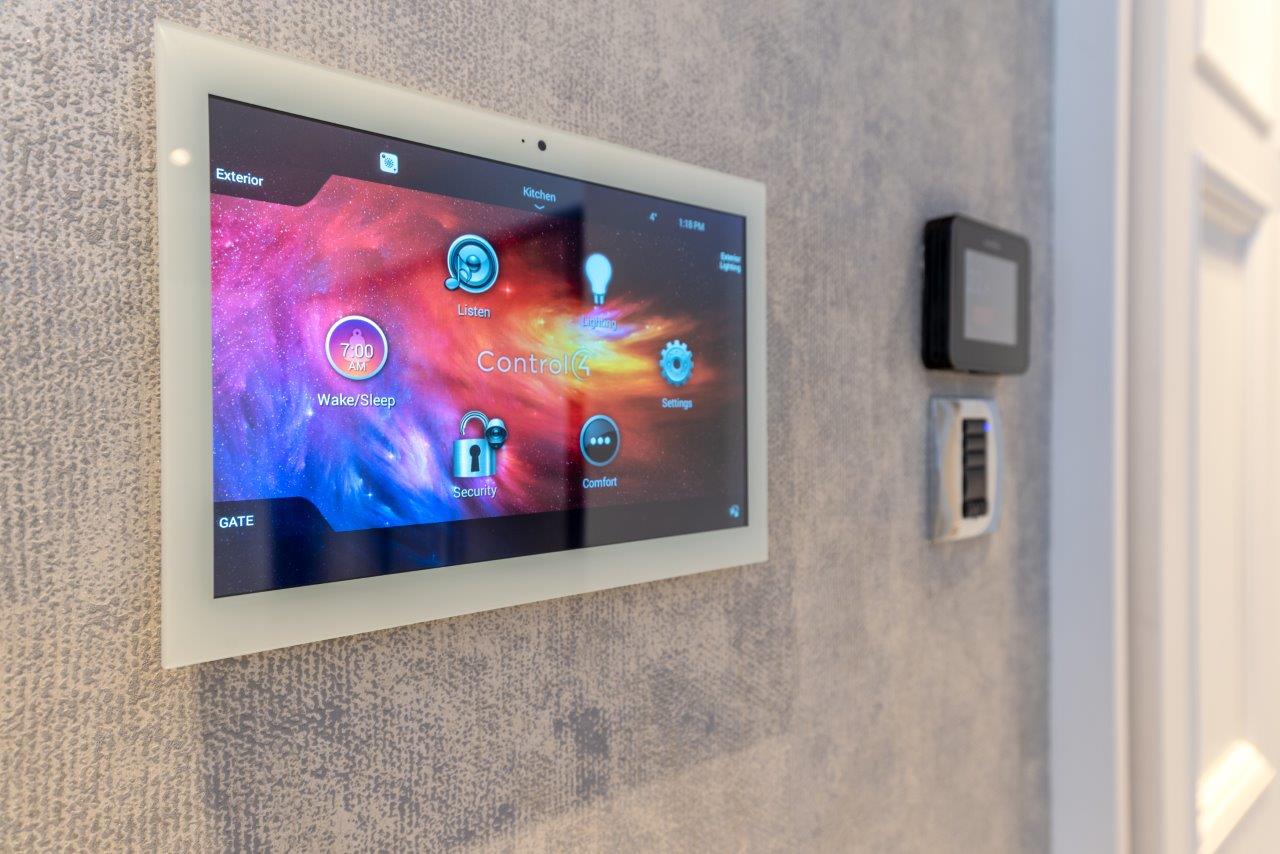 Inspire AV picked up the Best Whole-Home Project at the global Control4 awards for this project known as Granite Smart Home.

Company director, Jonathan Apaloo, explains, “We established Inspire Audio Visual back in 2009 after a spell where we worked for another integrator who had gone into administration. Ben (Davies, the company’s other director and founder) and I found ourselves out of a job and approached some of the clients who were either part way through their projects or had paid deposits and negotiated to deliver them within the original scope and the business flourished from there.

“Having come from sales and business development and Ben from electrical engineering and lighting design, we had a natural split of abilities which enabled us initially to deliver projects start to finish. Our roles have kept a similar theme, although as the business has grown there are added areas of involvement.”

For this particular projector, Jonathan, explains, “The initial enquiry came from one of our partners, a high-end joinery and kitchen designer and the client had asked for an introduction to a cinema specialist. After a couple of discussions around the requirements, I arranged a meeting with the client to take a look at the property and get more info on the client and their family and also their expectations.

“Whilst the initial brief was around designing a cinema room, we established that there were also further smart home requirements throughout the property. This project was for a young family and this was a major renovation to a large house they had purchased in the city, it hadn’t had any real work done in the past 30 – 40 years so was ripe for such a project.”

The client was an existing Control4 user so was comfortable with the user interface and understood the way in which the system operated. However, there were other features including lighting control which they currently experienced, so it would be quite a different system from the current house.

Jonathan elaborates, “I would class the client as pretty ‘tech savvy’, although he’s not within the same industry, his industry relies on an extensive array of technology to get results, so it’s only natural he was keen to be involved and understand the end result. He allowed us to take control of all the technical aspects of the project. The property was stripped to a bare shell to allow us to integrate the latest technology into this stunning (now future proofed!) home.

“At the planning stage we were able to provide a mood board and 3D renders to enable the client, interior designers and other trades involved to visualise the end result. Prior to installation, we invited the client to a demonstration facility room to get a feel of how the finished article may look and feel. There is nothing like trying before you buy.”

The brief remained pretty solid through the build, however the eye-catching garden lighting became an additional feature as the garden design was not completed upon the initial engagement. Once the design was provided, the team added a further 16 circuits of lighting to the Control4 system so that they could be tied into the whole house lighting system. The Control4 intercom anywhere app was also added as it became available during the project.

For AV control, Jonathan explains, “As they already had Control4 within their current home and were happy with it, we naturally specified it again to control their AV devices. Eight zones of Control4 audio with Sonos feeding the system using the Control4 iPad/iPhone app and in-wall and Wi-Fi touch screens and then Control4 SR260 remotes to control Sky Q in the rack plus local sources at each TV and of course the TVs.

“Due to the distance to the client from our office, we wanted to include a HD distribution system which allowed us to monitor the system remotely and diagnose issues, so we included a Pulse-Eight 8×8 video matrix which would also allow us to distribute a 4K signal where required.”

Over in the cinema room, the client wanted a space for films, gaming and sport, so from a viewing perspective a 1.78:1 screen was the obvious choice.

Jonathan adds, “In providing a reference quality cinema, we considered the room size, number of seats and ambient light before we selected the Sony projector (which had just been released). Having demonstrated the audio system at the demonstration facility, we were confident, as was the client that the Triad system specified would be more than capable of delivering the required audio quality.”

The lighting control system was specified around the lighting design, taking into account the dimming/switching required for each zone so the team could deliver the best lighting levels for the customer. Control4 compatible RGB LED strip lighting was specified for both the kitchen and cinema room which is fully controlled from the Control4 panelised lighting system.

Jonathan says, “Again due to the distance to the client’s site, we added remote monitoring from Domotz to pre-empt any issues with the system. Coupling this with an ‘essential spares kit’ and a local IP camera in the rack room has enabled us to reduce the number of visits to site.”

As for other challenges, Jonathan recounts, “There were a number of challenges from very thick granite walls from both a Wi-Fi point of view and cabling; high ceilings and the initial shape/layout of the cinema room.

“We also had to integrate some of the clients existing B&O equipment which required more time than expected. As previously highlighted, this project was a 12 hour round trip journey from our HQ. This required clear, concise planning and execution of the project.”

So favourite part of the project? Jonathan enthuses, “The lounge and kitchen area with the Sony Pro TV and Artisan soundbar looks amazing, but we really feel that the cinema room is our favourite and the clients favourite. The way in which we designed the room in the given space and the end result have blown us all away, it’s just worked so well. It’s one room where we can really show all our creative skills and integration in one place, audio, video, lighting control. The best part is the way the client feels about the cinema, all the family love it and use it regularly.”

This article first appeared in the pages of Essential Install Magazine, to subscribe go here.