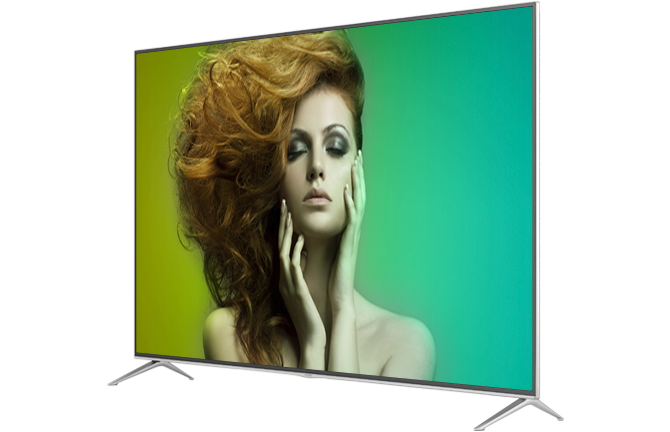 Sharp is finally shipping its Aquos N8000 4K, HDR-enabled TV that it revealed at CES 2016 and it’s a feast for the eyes. Before running through the specs, it’s worth noting that this TV is currently only available in the US with no word yet on whether it will launch to the wider world.

The Aquos N8000 features four HDMI inputs, two of which support HDMI 2.0a and HDCP 2.2 for 4K and HDR sources. It’s the HDR ability of this TV that makes it stand out – with Sharp’s TV boasting support for over a billion colours thanks to its wider colour gamut.

Available only in a 75in model, the Aquos N8000 comes equipped with many of Sharp’s well-known technologies, such as AquoDimming multi-zone local dimming that is said to improve deeper black, with AquoMotion also included to deal with motion blur.

Sharp has been rather bullish on high-resolution content, with the company having shipped the first 8K TV to the market. Unfortunately, the N8000 boasts a more standard 4K UHD resolution, but Sharp has included a built-in upscaler to offer both SD and HD content in ‘near 4K’ quality.

All TVs currently coming onto the market boast some sort of Smart TV interface, and the Aquos N8000 is no different. Rather than opting for a commonly utilised piece of software however, such as Android TV, Sharp’s Smart TV interface is programmed completely in-house. Despite that, it still supports all the services users have come to know and love, such as Netflix, Amazon Instant Video and VUDU. To connect to these services installers can utilise either the Ethernet port located at the back of the TV or 802.11ac Wi-Fi.

While it’s unlikely that the TV will ever come to the UK or Europe, those in the US will be able to get the Sharp Aquos N8000 from today, with a RRP of $3,200.