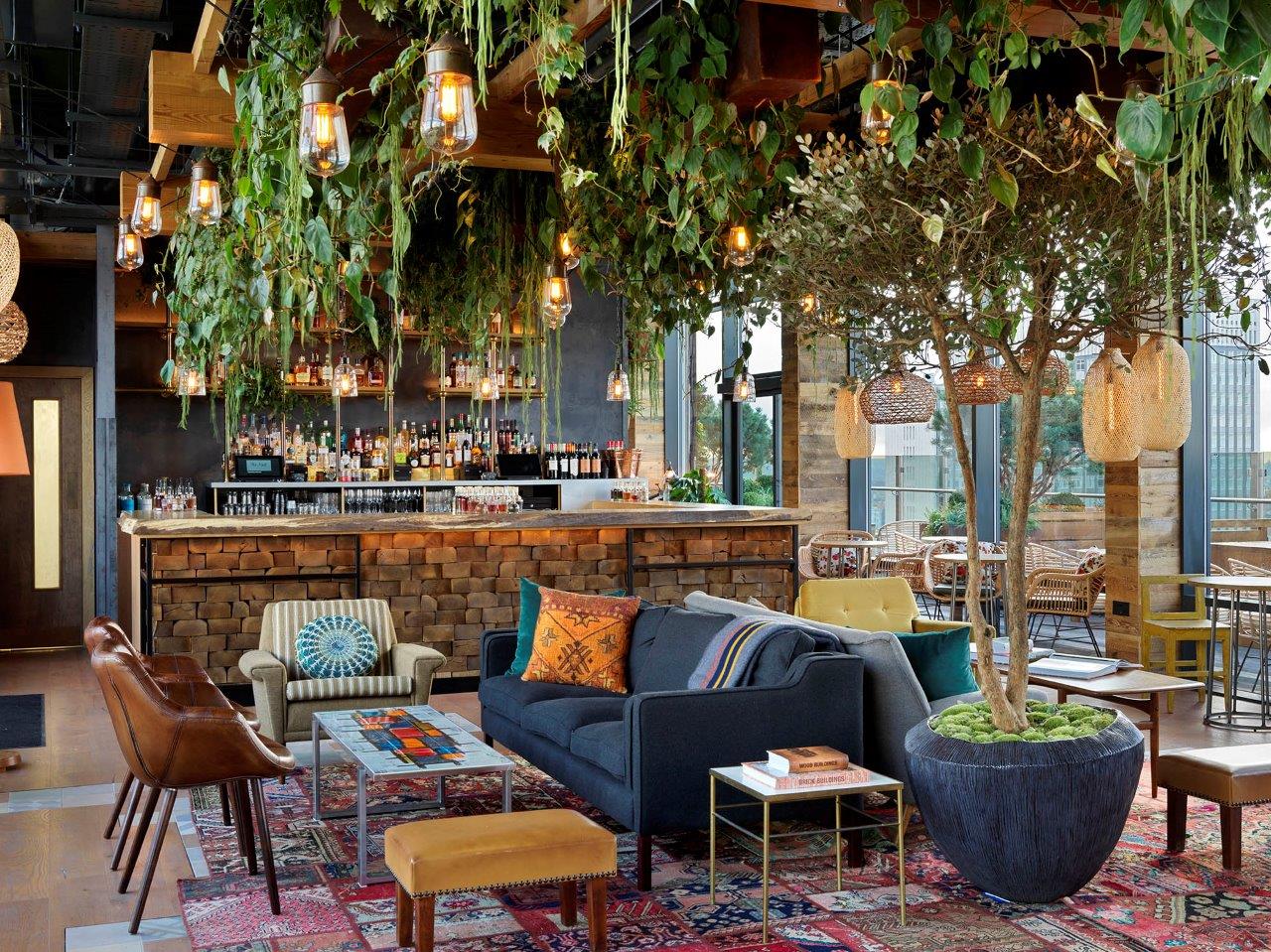 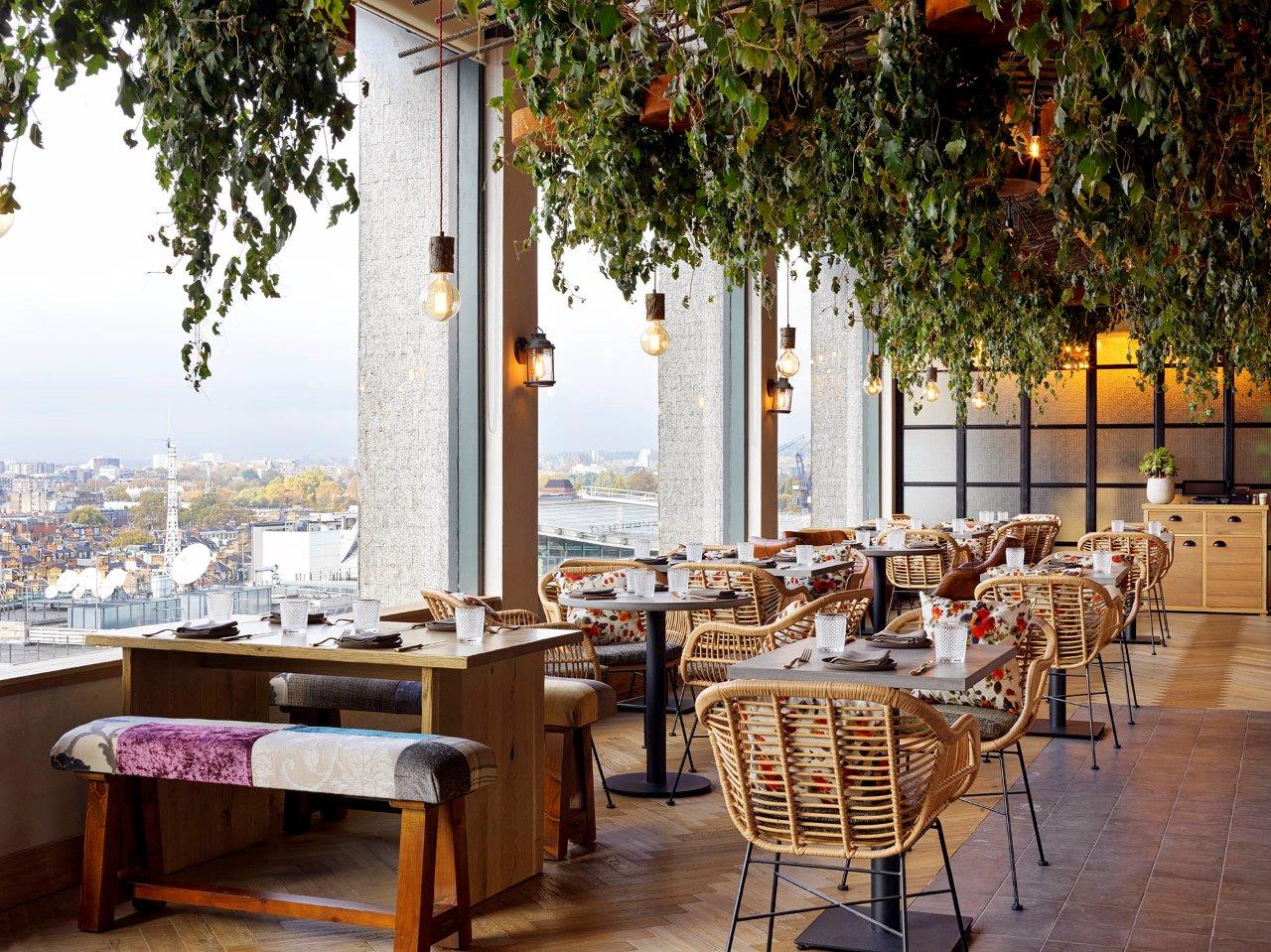 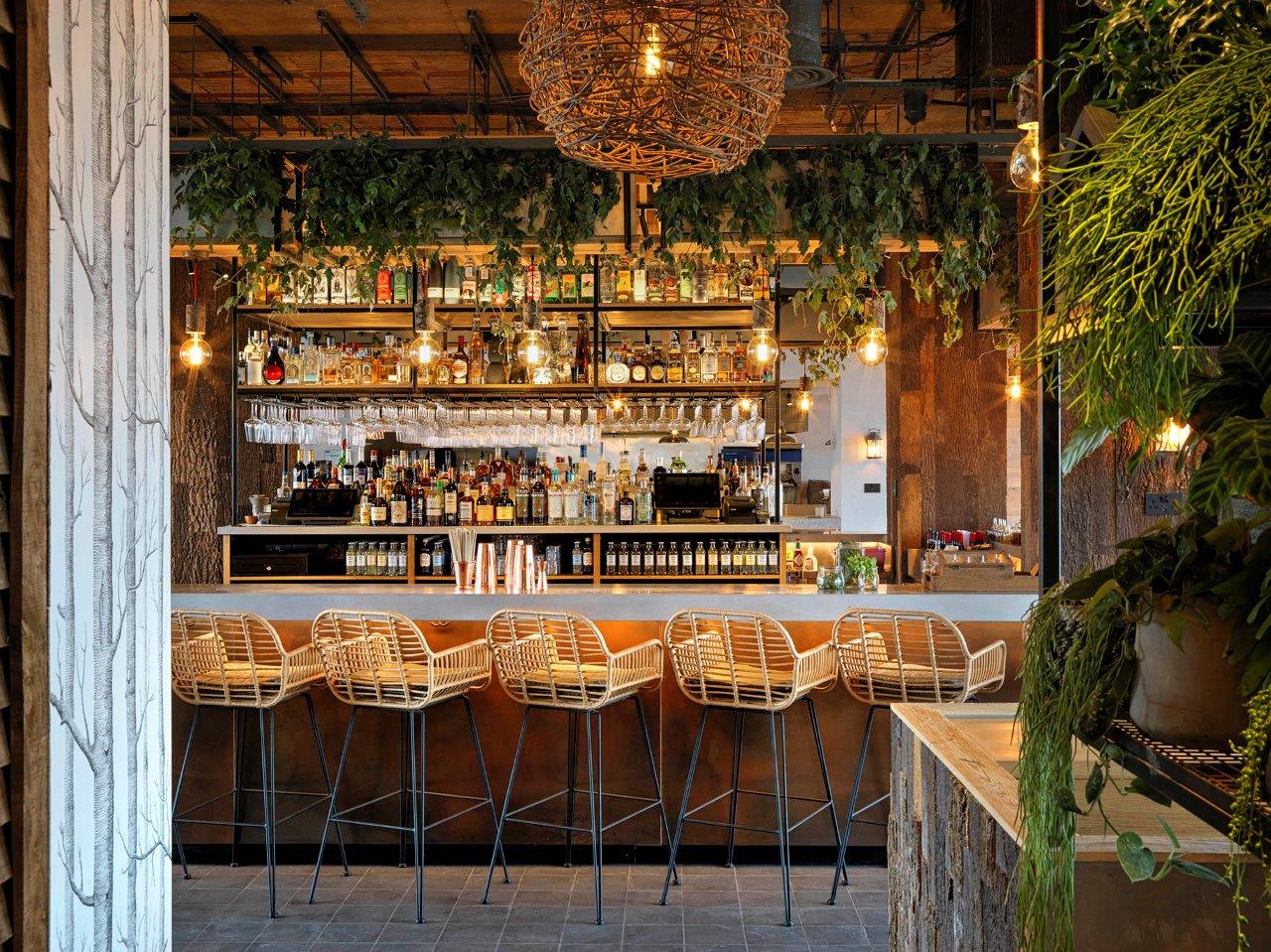 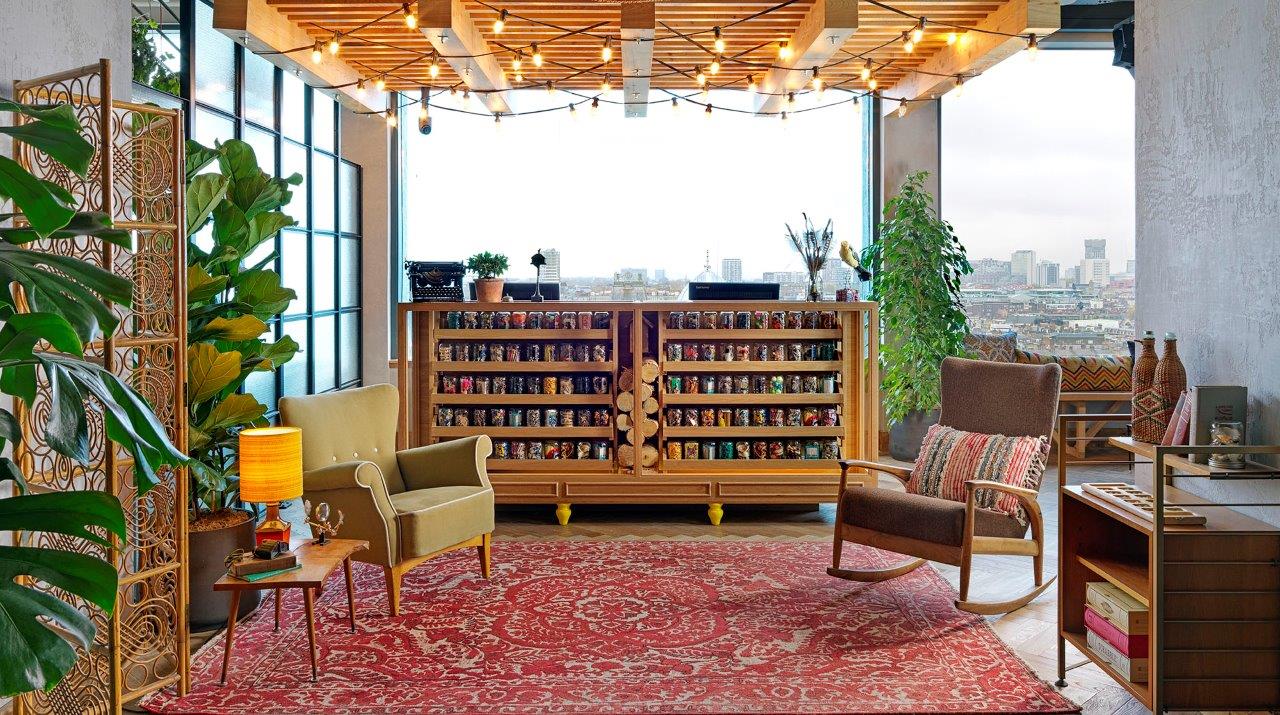 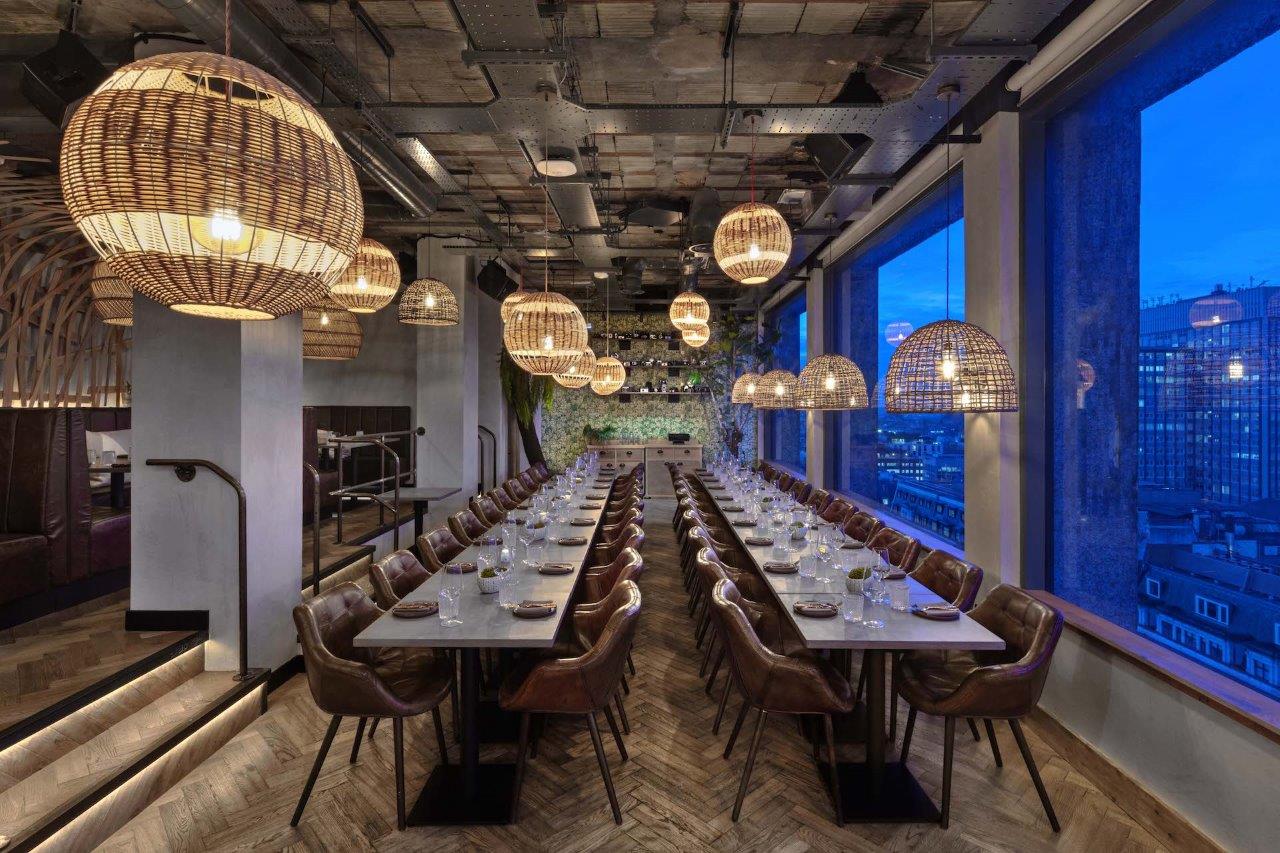 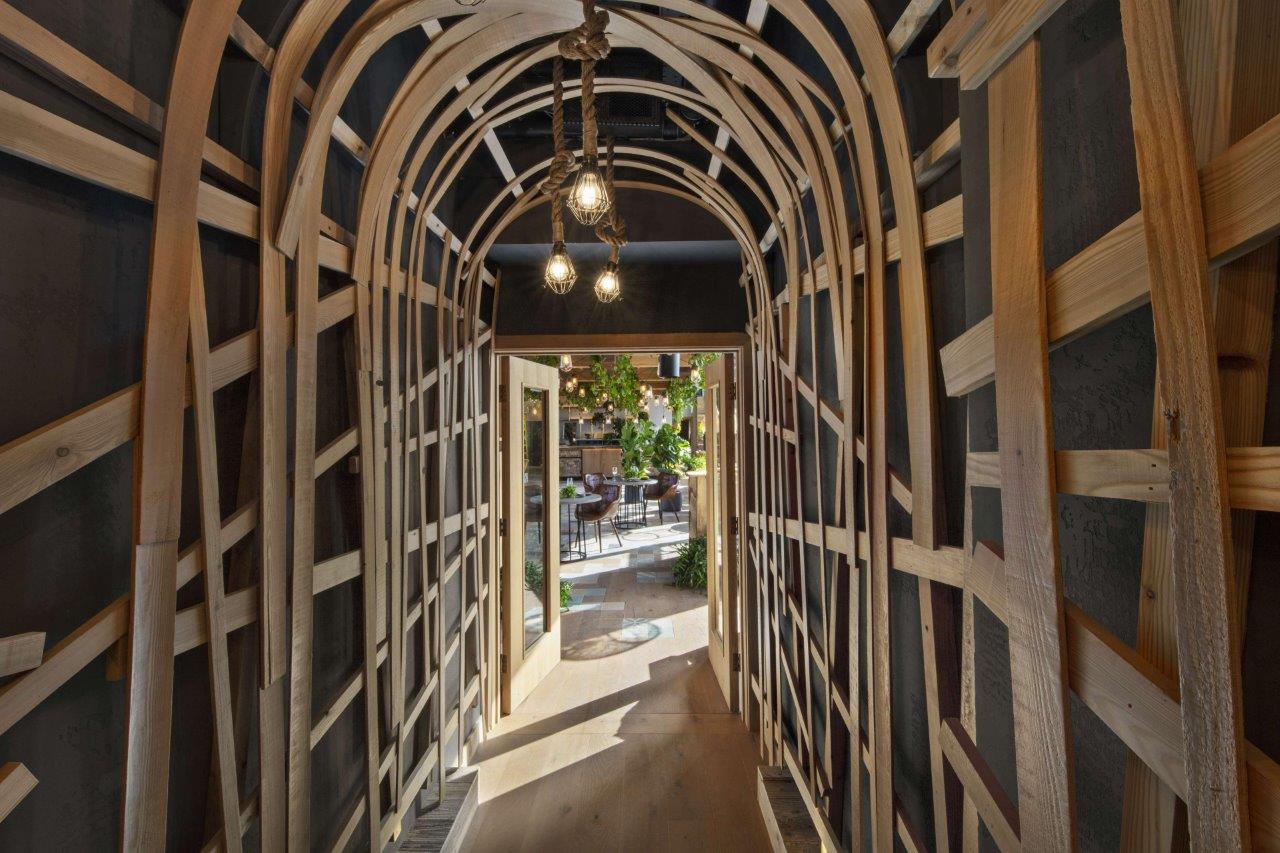 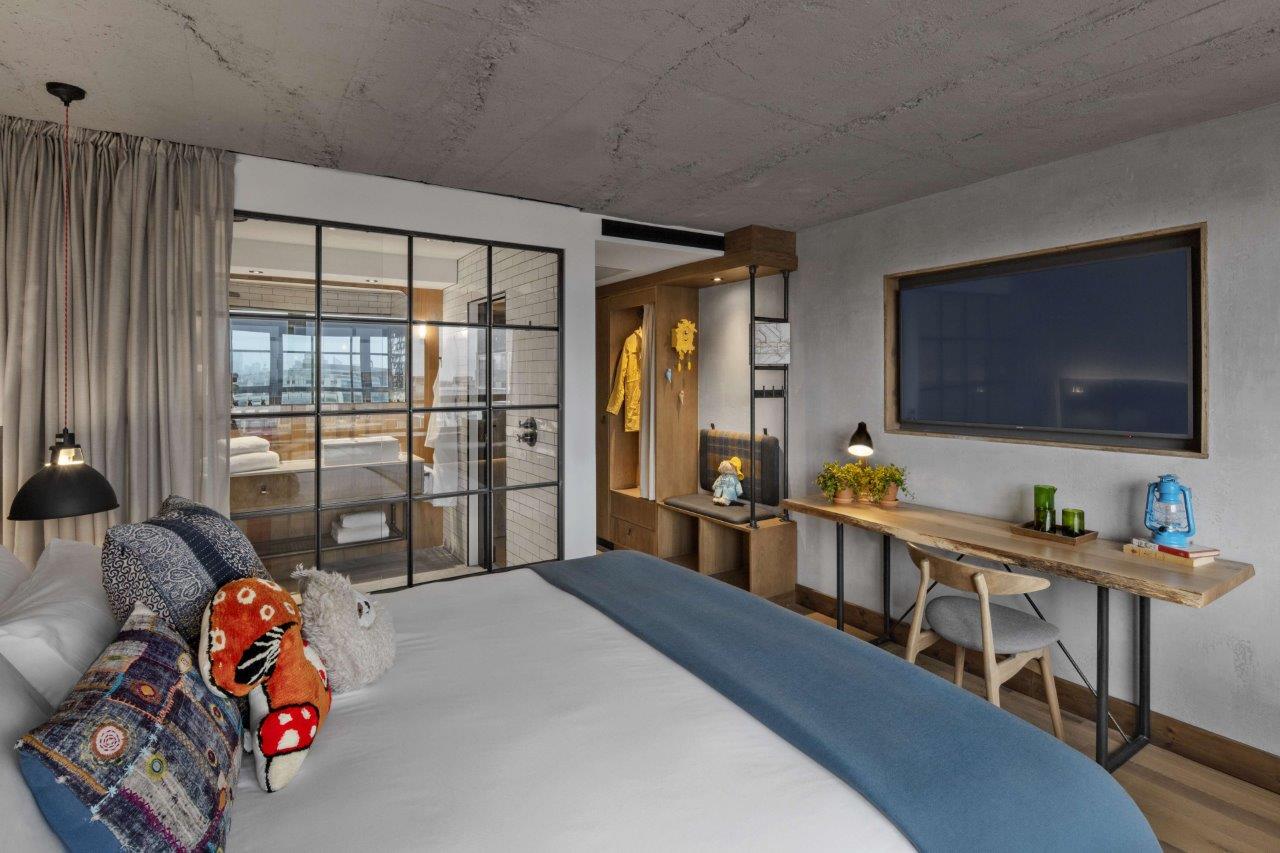 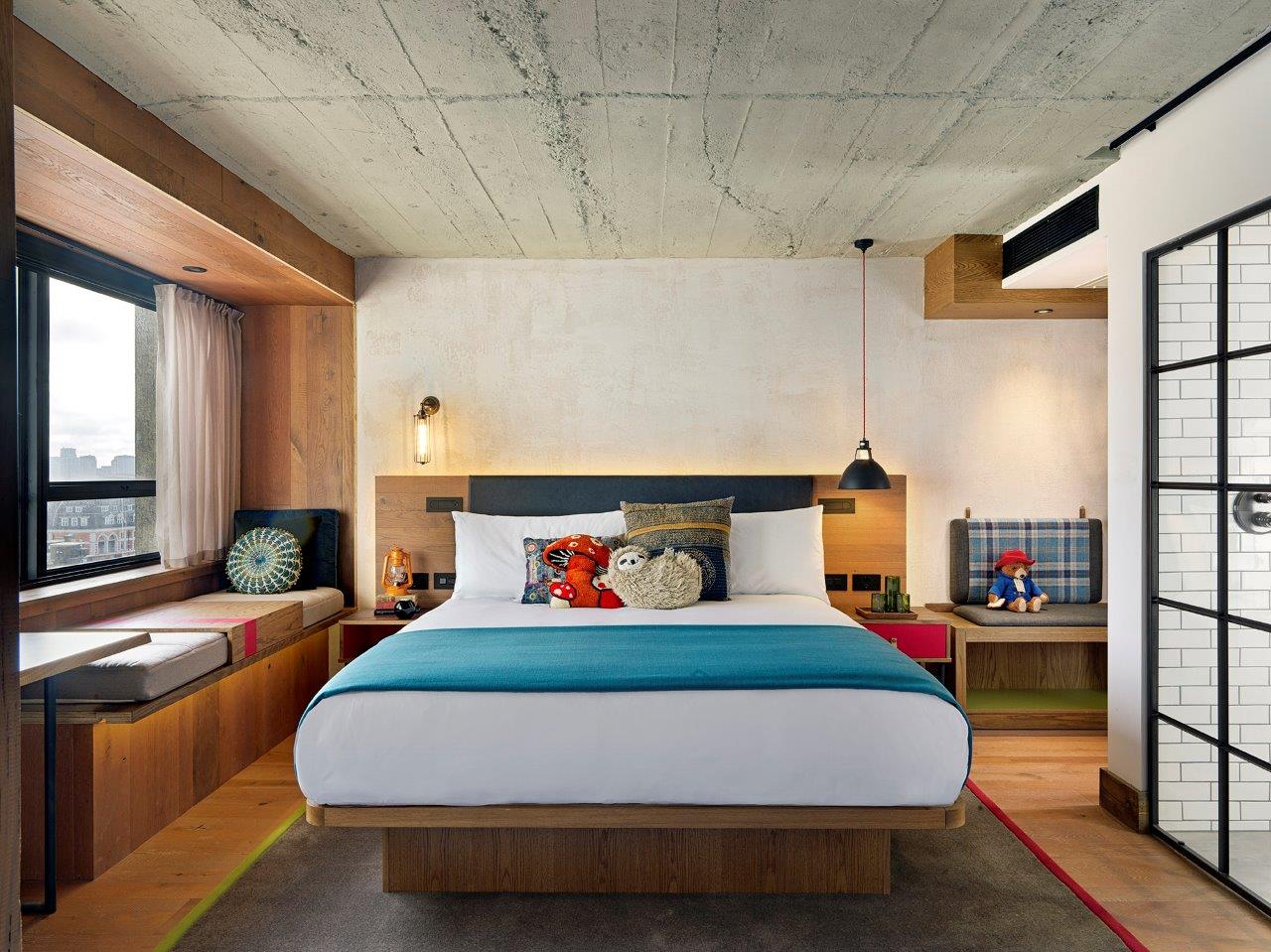 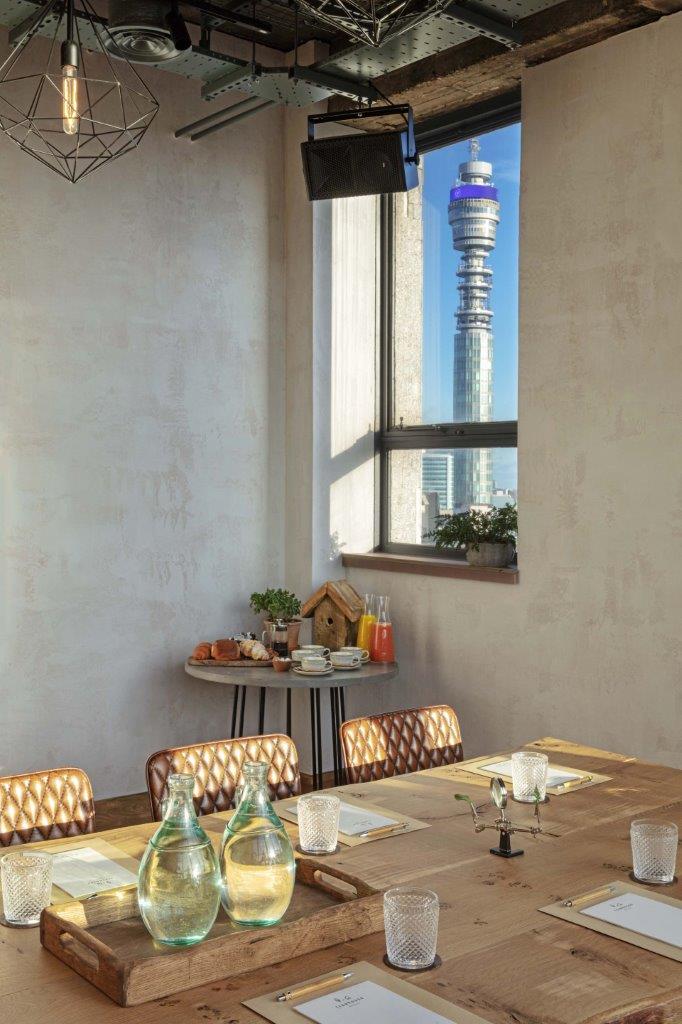 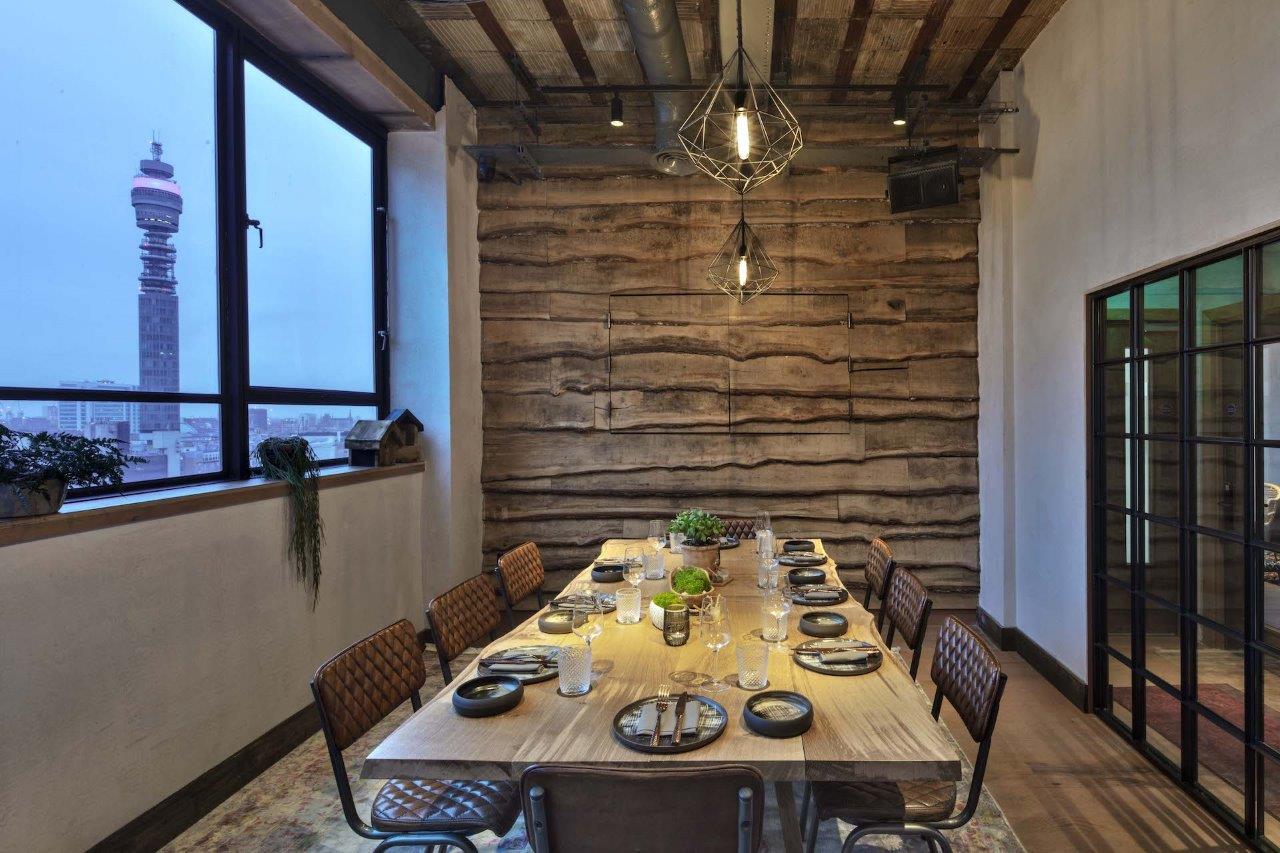 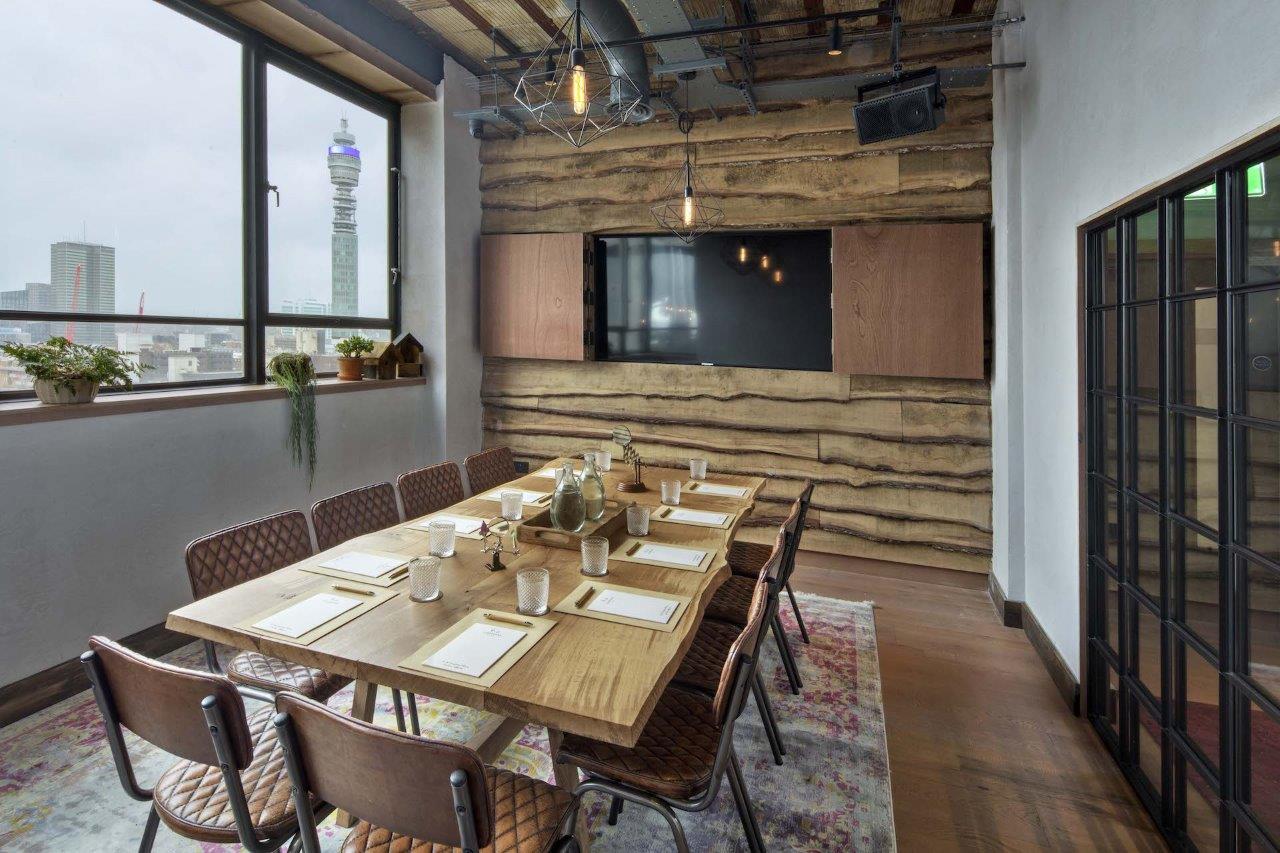 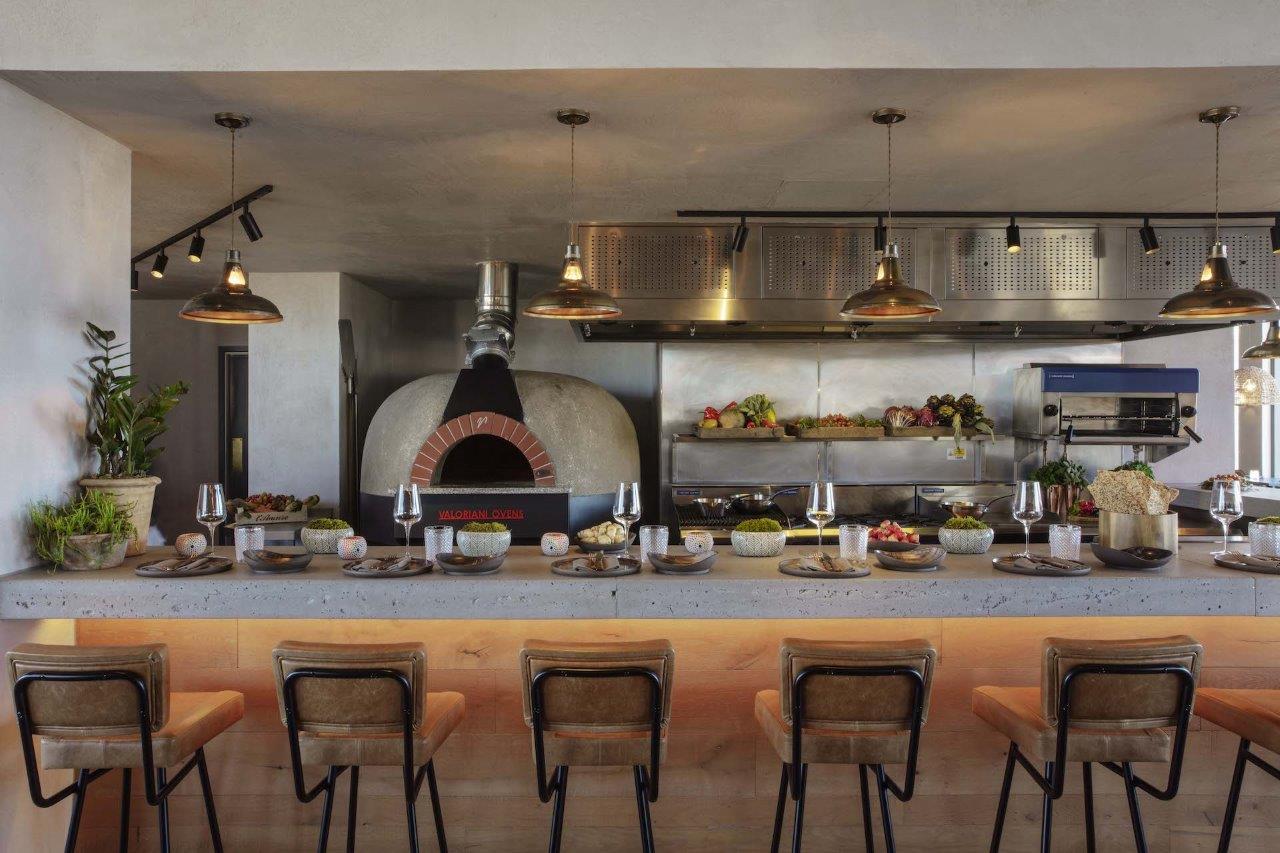 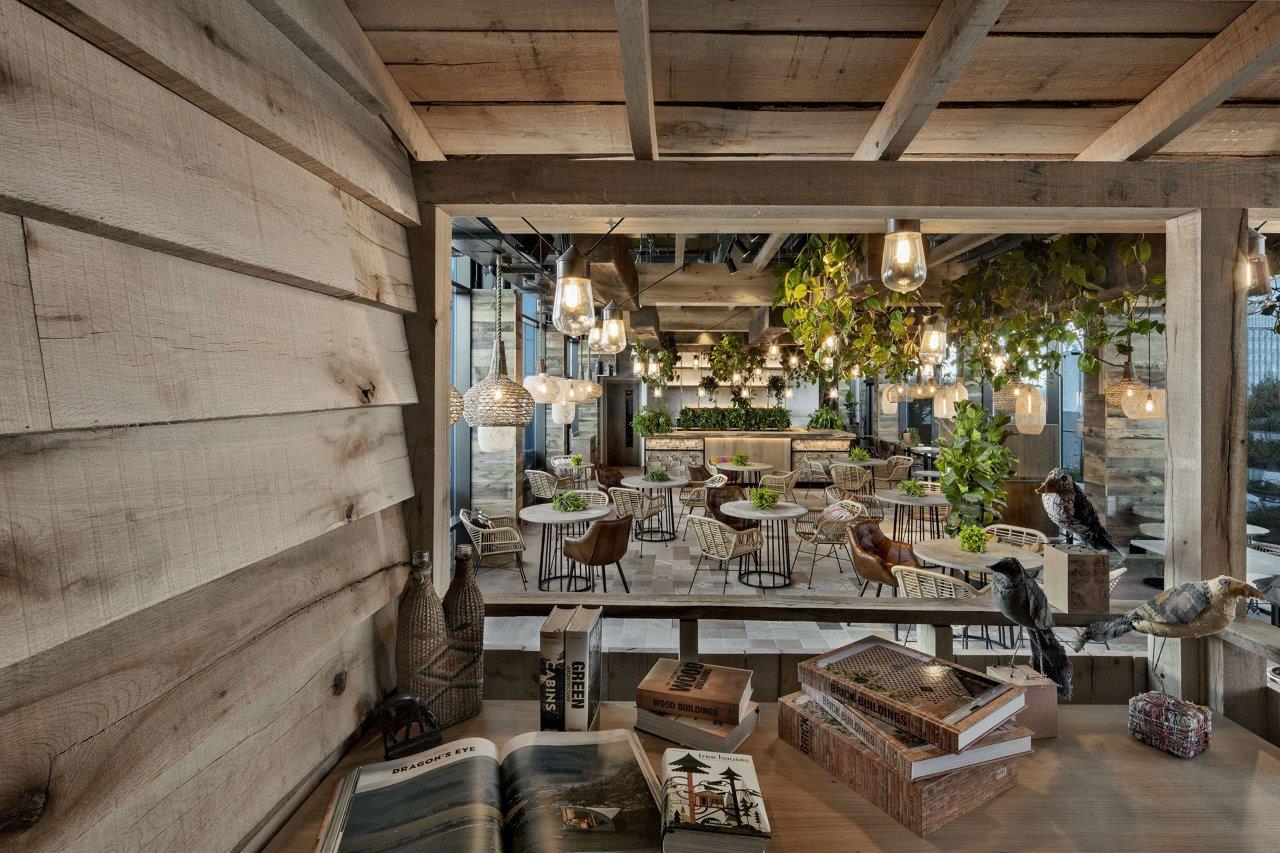 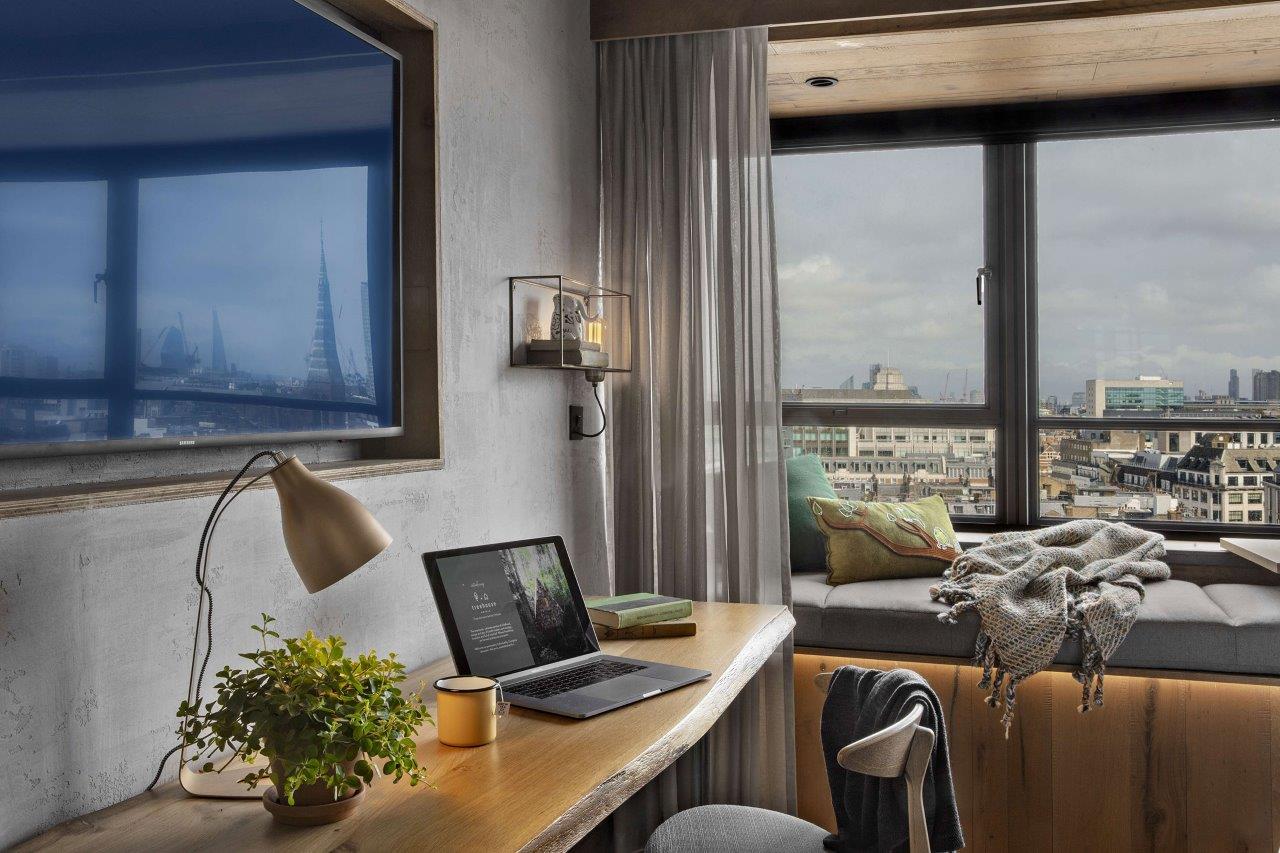 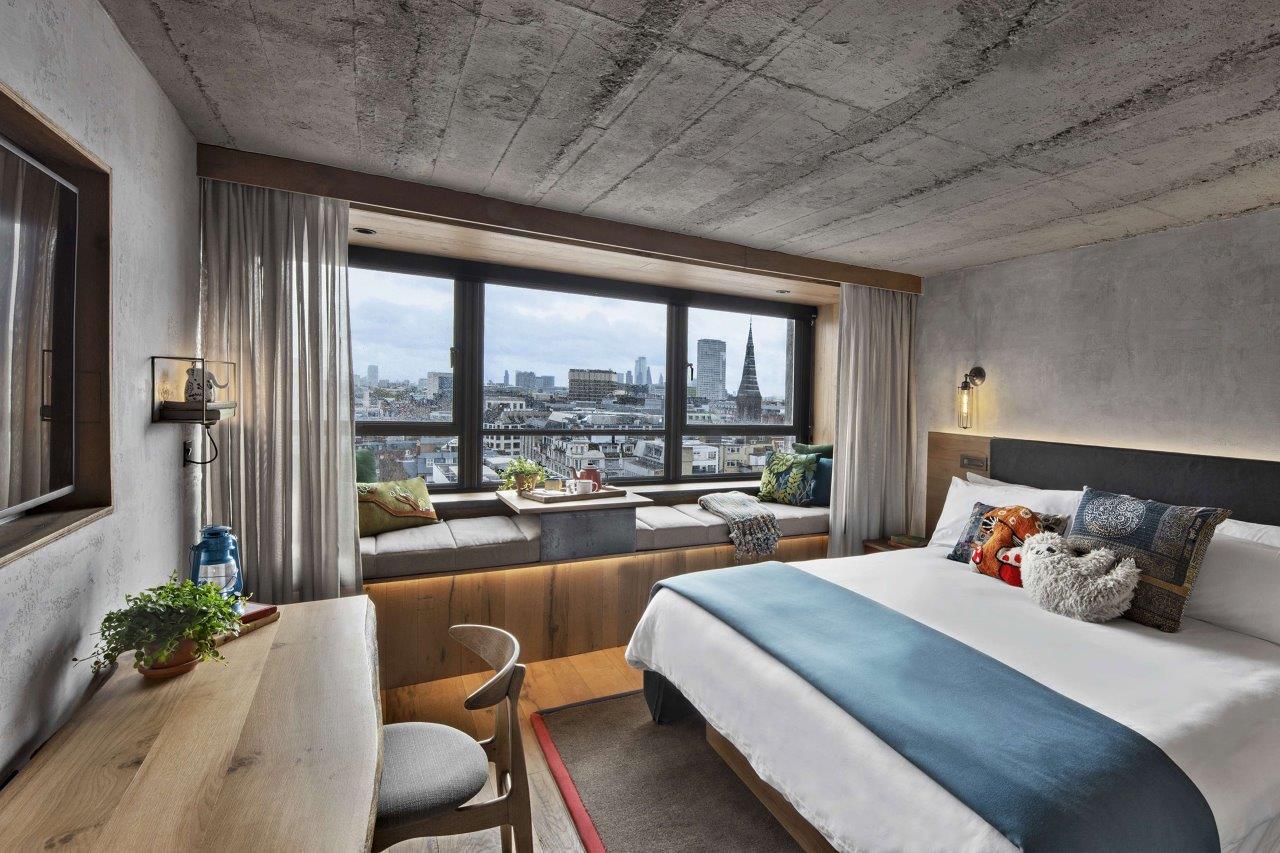 Specialist AV integrators Promotiontime NE were called in to design and specify the AV systems across the bar and restaurant areas that occupy the entirety of the 15th and 16th floors. KV2 was deemed the ideal choice.

Treehouse London occupies the site of the former Saint Georges hotel on Langham Place, and arguably boasts some of the best views of any London hotel. Combined with its fun, playful aesthetic, a determinedly sustainable ethic and some excellent food and drink options, Treehouse London is billed as offering one of the capital’s most surprising and joyful hospitality experiences.

Brian Graham, owner and MD of Promotiontime NE, explains that they were tasked with providing a sound system that could deliver exceptional audio both as a background music system for daytime use, yet would perform equally well as a night time system when the DJ arrived to ‘party up’ the atmosphere. “As part of the decision process we visited other similar KV2 installations with Treehouse London’s MD Ayo Akinsete and his team so they could listen to the products we were proposing,” says Graham. “Usually, most of our client demonstrations tend to focus on how hard the products can be driven whilst still maintaining impeccable audio integrity – in other words, how loud can you go – but Ayo and his team were just as focused on the low level background music experience. Rather than, ‘turn it up, turn it up,’ Ayo was keen to hear the system at its quietest, putting himself in the place of guest during a breakfast serving, for example.”

“This is where the KV2 product range excels,” continues Graham. “The efficiency and detail delivered by KV2 loudspeakers means that they sound warm and defined at low levels – you can hear every note with exceptional clarity – and they lose absolutely nothing as the volume increases. You can still hear all of the detail which makes for an exceptionally comfortable listening experience, even at high levels. The demonstrations quickly assured the Treehouse team that KV2 was the right solution for their project.”

Indeed, prior to making the decision to go with KV2, Treehouse had received an alternative specification from a competing international brand whose products are already in other Treehouse sites elsewhere. “When I saw the design, it was immediately clear that by switching to KV2 we could both reduce the number of boxes required to cover the space and yet significantly increase intelligibility as a result of using fewer sources,” notes Graham. “It was a bit of a no-brainer, really.”

Treehouse’s 15th-floor Madera restaurant is a fusion between elevated Mexican cuisine and experiential dining. Active during the day, it’s primed to hit another gear at night – as the sun goes down, so do the lights, but the volume goes up as the energy level rises. Graham selected a combination of KV2’s signature active EX Series – three compact EX6s and twelve more powerful yet still extremely compact EX10s – supplemented by a pair of compact, EX1.5 subwoofers and six ESD 1.10 passive subwoofers powered by a pair of ESP2000 amplifiers. A second restaurant area is served by a further four EX6s, five EX10s, six ESD1.10 subwoofers and an ESP2000 amplifier.

Up another floor and guests find themselves in the Nest, a beautiful rooftop bar filled with foliage and natural materials wreathed by a sumptuous wraparound outdoor terrace commanding some of the best views in London. The atmosphere is designed to be fun and relaxing during the day and energising at night. Graham opted for six EX10s supplemented by a pair of EX1.2s and a further pair of EX1.5 subwoofers that will help the DJ keep energy levels high well into the night. The outdoor terrace is served by a fully weatherproofed ESD system based on fourteen ESD5 high quality output, low profile loudspeakers driven by a pair of ESP2000s.

Additional EX6s can be found the reception areas and function rooms found on both floors.

“The combination of EX and ESD products delivered the clarity, output and definition required in a pleasingly compact and discreet format,” observes Graham in conclusion. “Part of the brief was that the system have as little visual impact as possible, so most of it is flown – even the subs – and largely hidden amongst the leafy décor. The client is thrilled with the results, and we hope to be able to roll out the concept on future sites.”