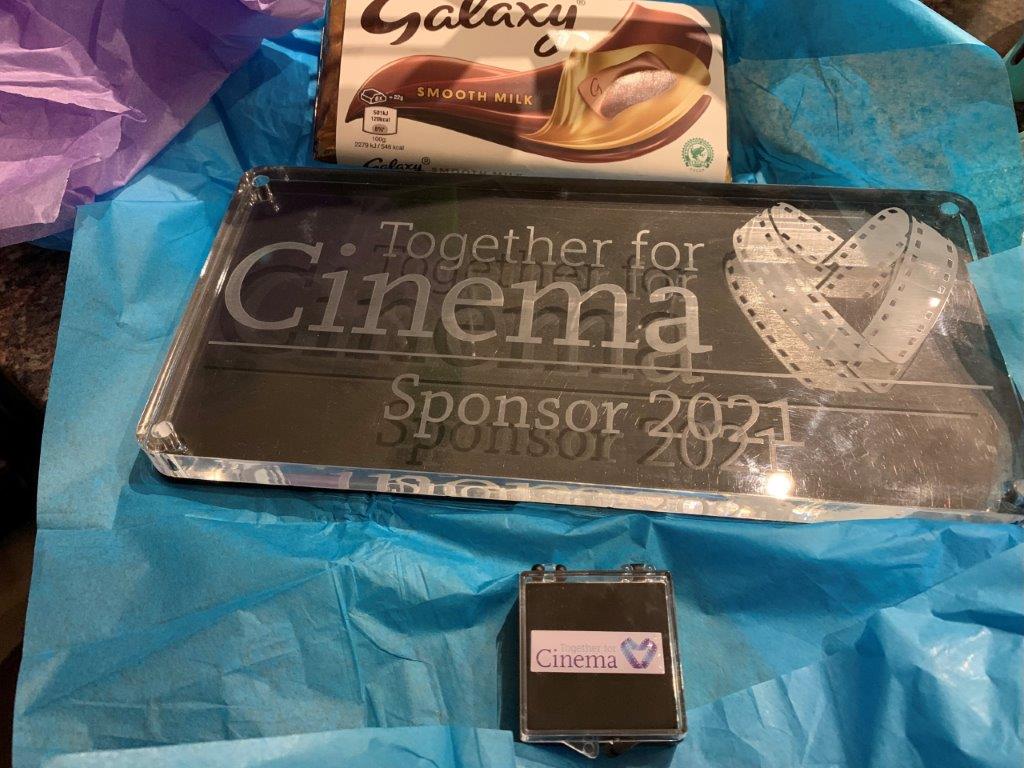 TOGETHER FOR CINEMA AT EI LIVE!

EI provides a monthly round up of what is happening with the Together for Cinema initiative as part of a new regular programme of support.

The first thing to announce is that as part of our support for ‘Together For Cinema’, the EI group has provided a stand for Together For Cinema (TFC) at the EI Live! show on September 29- 30 at the Farnborough Exhibition Centre.

Catch up with Ian Morrish, who is spearheading this ambitious phase of the initiative, to find out how you can get involved. TFC will be on stand 114 throughout the show, explaining the new targets and working practices that the initiative has set itself for the mid and longer term. You can register for the show at eiliveshow. com.

One of these new initiatives is offering differing levels of sponsorship to companies for showing their support and allowing TFC to develop. The different levels of sponsorship are; Bronze: £500+ per year, Silver: £1,000+ per year, Gold: £2,500+ per year and Platinum: £5,000+ per year. The money will be used to secure a more committed approach to manage TFC and ensure its progression (as well as cover operational costs). The sponsorship money will also be used to manage cinema room installations, before, during and after – looking at more initiatives to further the delivery of dated or unwanted stock.

The industry has responded enthusiastically, with the first sponsors signing up already. Those already signed up to the initiative include; Stuart Tickle from AWE Europe and Caroline Britt from RGB Communications, both confirming their Gold Level Sponsorship. The first to sign up was Simon Gregory from Cinema Rooms Limited, who confirmed his Bronze Level Sponsorship recently.

Also supporting is Alex Emson from Monitor Audio Limited, with a Platinum Level Sponsorship from the company. Also signed up are Greg Howarth (and Mark Davis) at Glo AV, committing to a Silver Level Sponsorship.

Alex from Monitor Audio, had this to say about the commitment, “The Monitor Audio Group have been involved with the Together For Cinema project for many years. The partnership had already been set before I took on my role as Sales Director. There was no question that the team at The Monitor audio Group would continue to support this amazing work.

“Giving these children the opportunity to take ‘time out’ from their daily battle, and enabling them, just for an hour or two to be somewhere else through film is so important. Ensuring that the most engaging performance is delivered through high quality equipment and immersive experience is key to this project. The team at TFC have delivered this time and time again. For me, seeing some of the children near Bagshot experiencing their Cinema for the first time, showed just how much of a difference all this made, and did leave a tear in my eye.”

Simon Gregory, adds, “We were first aware of TFC via social media. We thought it was a great thing that Ian Morrish was doing. It was not until we saw the EI article published on-line that we realised we could get involved and help. We are honoured to be one of the first to take up sponsorship and what TFC are doing really resonated with us. “After the last year we have ALL had you realise some people have nothing and to see what TFC do to make a difference really helps. Every week we go to affluent customers’ houses and put smiles on their faces so time to put a smile on Children’s faces who are less fortunate!”

Greg Howarth also comments, “We first heard about TFC from Ian Morrish. He had used the CEDIA locator to reach out to us about a hospice that required an installation in our area. The best part by far is bringing high end cinema design, product and install to these families. We have found this to be a really fulfilling experience. “The other great part to this is how generous the suppliers have been on our installs. On the face of it you would think that you would be limited in scope due to equipment. This isn’t the case at all and everyone in the industry chips in which results in some serious cinema rooms for these facilities! “We would highly encourage everyone to get involved both in sponsorship and delivery. It is such an amazing experience when you deliver one of these projects and we think it is one of the best things we have done as a company.”

More on this every month in the pages of EI magazine and of course on-line too.