The McIntosh MC257 Tower Of Power For Home Cinema 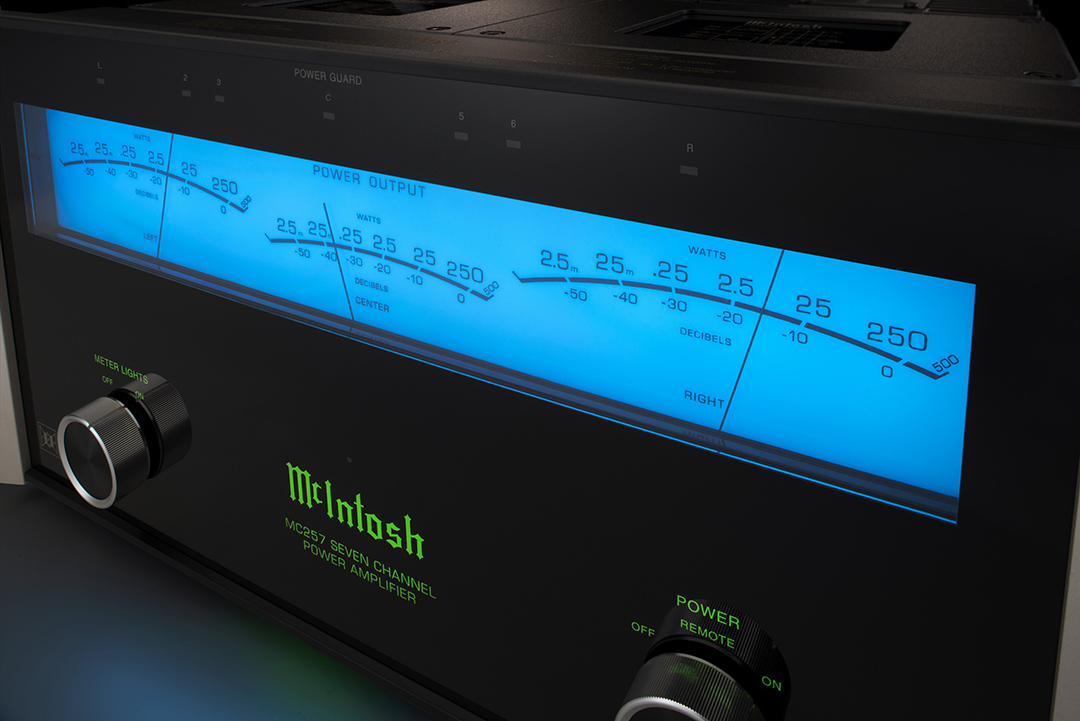 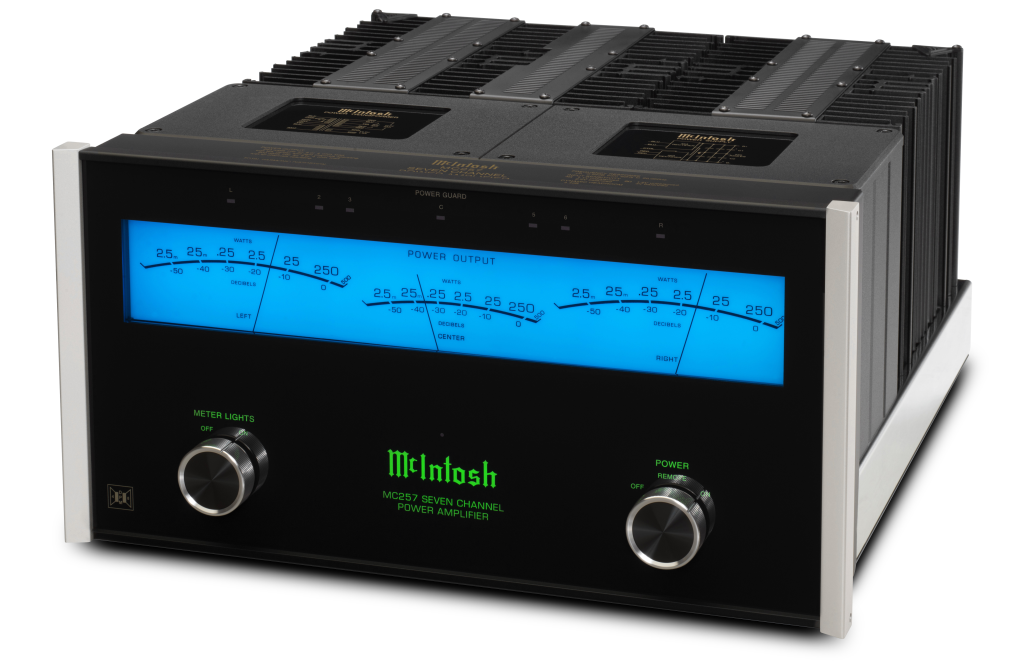 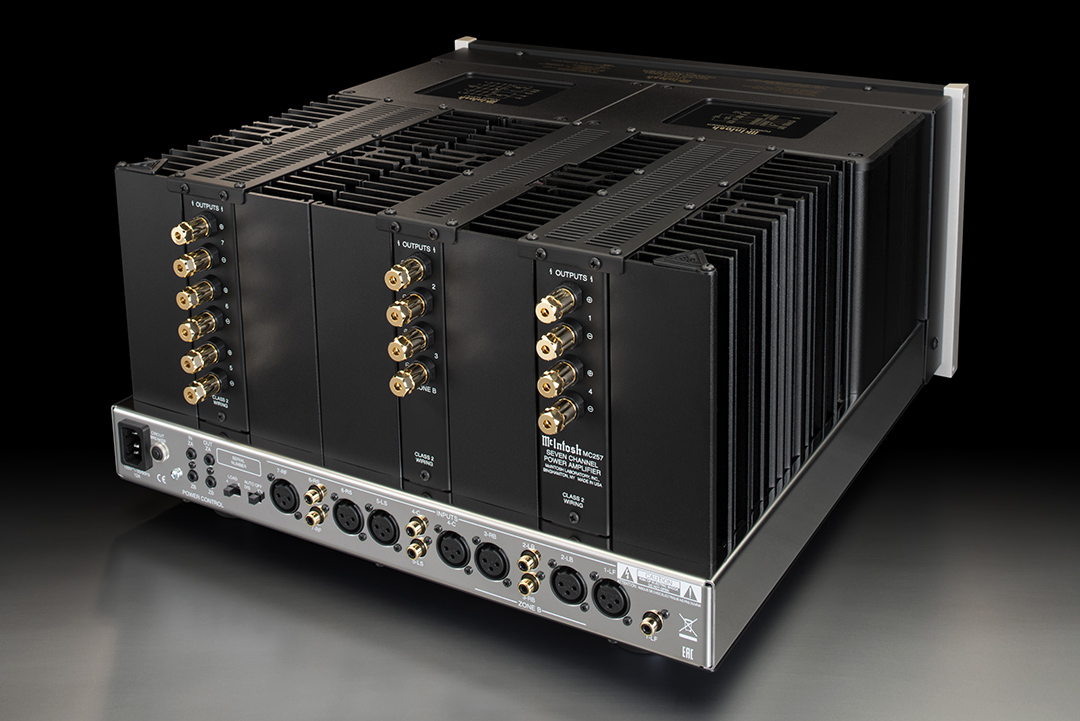 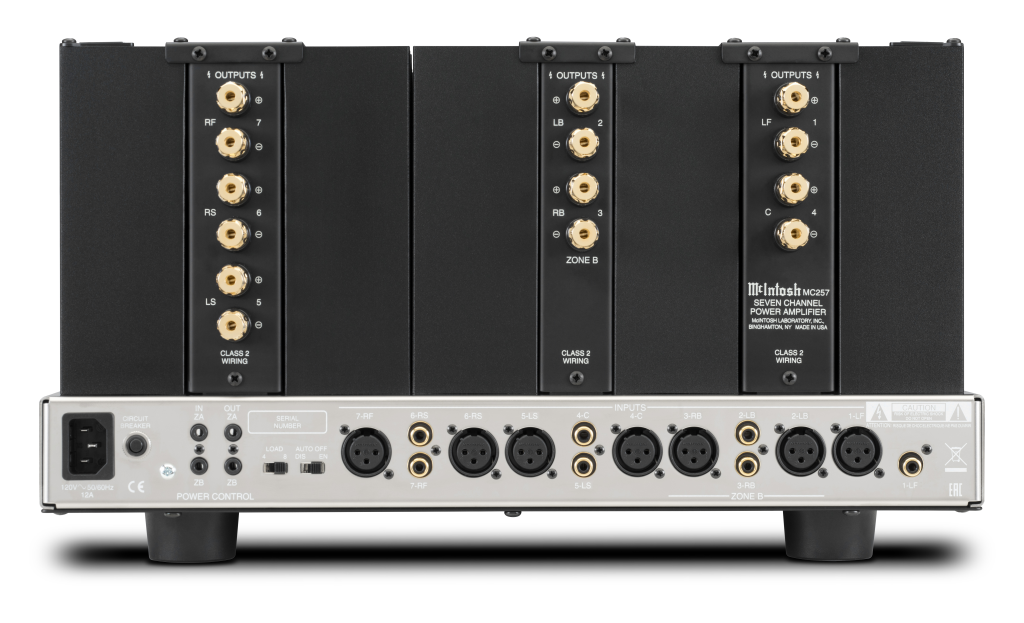 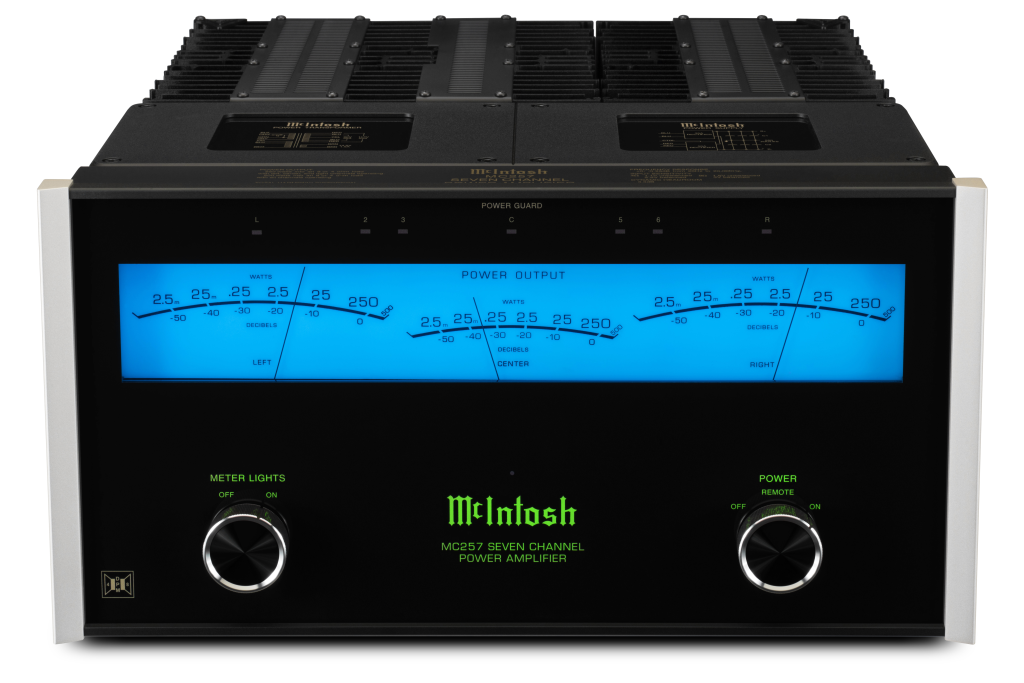 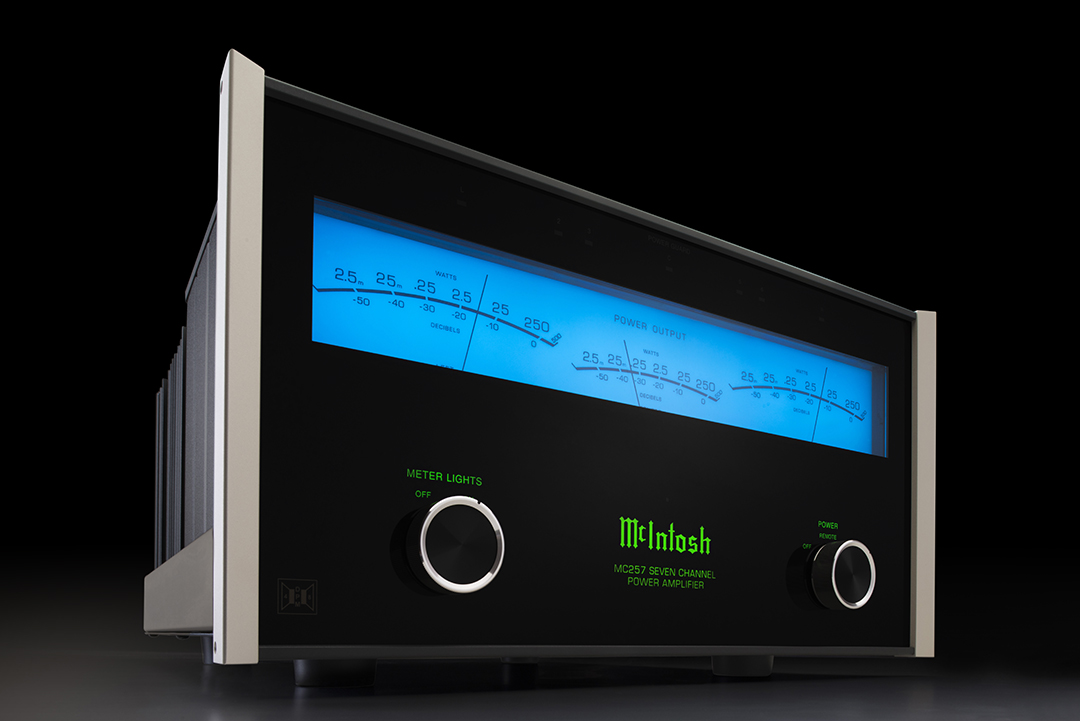 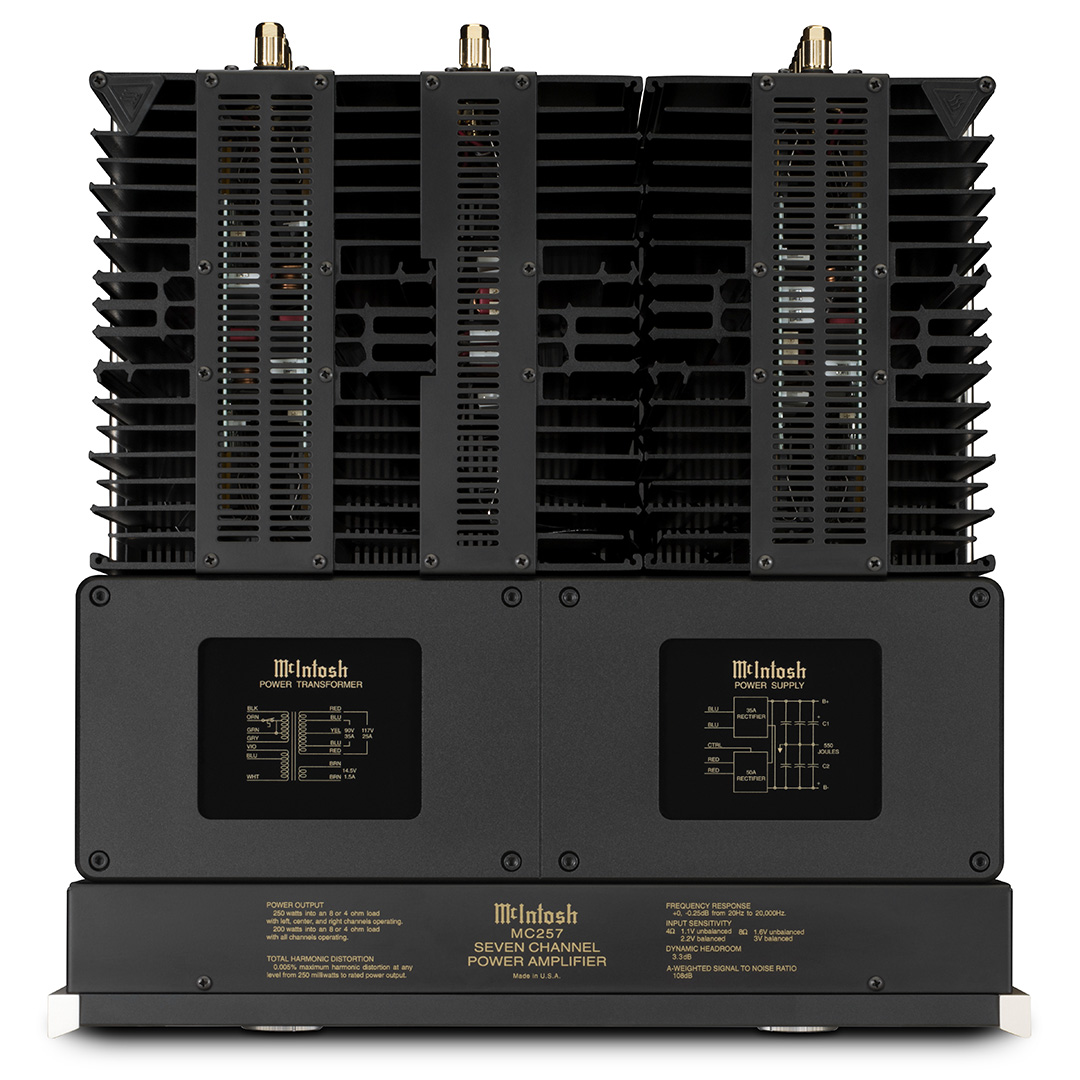 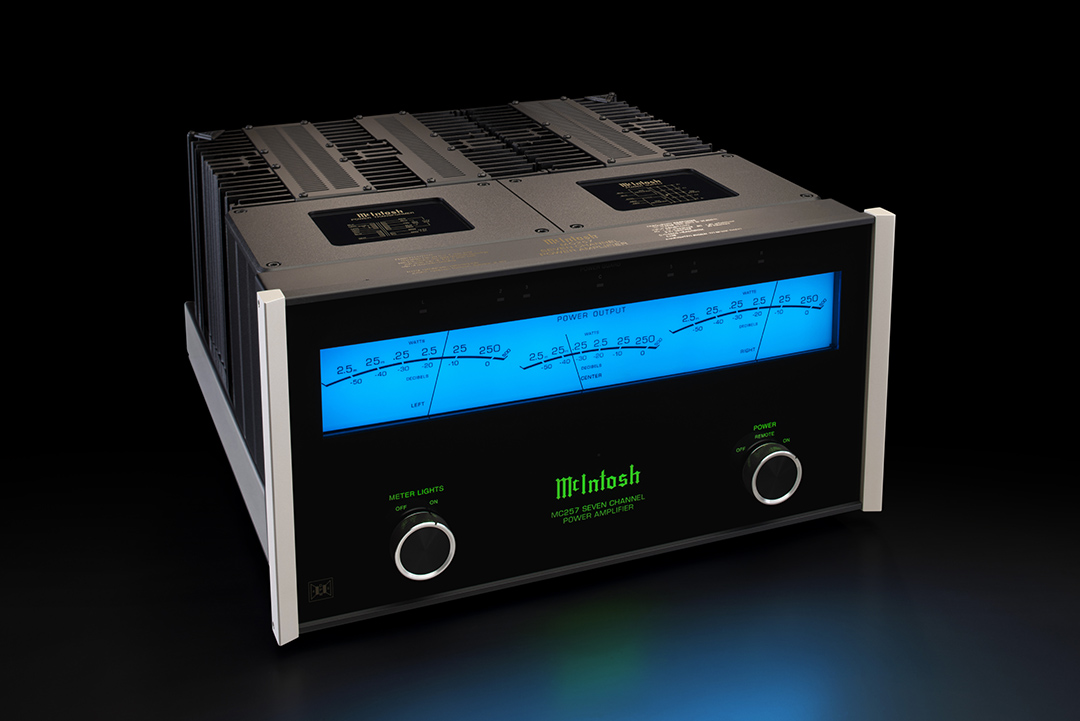 The new amp, which is a direct replacement for the outgoing MC207, is the first to feature McIntosh’s new TripleView Power Output Meter which independently indicates the real-time power reading of the amp’s three front channels.

The 38 cm (15-inch) TripleView meter design is a streamlined version of the three individual meters found on the previous-generation model; the trademarked blue lighting can also be turned off to avoid competition with screens.

In addition to the new meter, the MC257 features several upgrades: power output has been increased by a not to be sniffed at 25% (from 200 to 250W per channel) across the front left, centre and right channels, with 200W available when all seven channels are driven. McIntosh’s Dynamic Power Manager (DPM) technology delivers the full 200/250W regardless of whether 4- or 8-ohm speakers are used.

In what the company argues is a significant move for a home cinema amplifier, filter capacity has been increased by 20% which results in an 94% increase in dynamic headroom (from 1.7dB to 3.3dB) as well as improving low-frequency performance.

Also new to the MC257 are five McIntosh Monogrammed Heatsinks which are connected to advanced high-current output transistors to efficiently and silently cool the amplifier; as a result, noisy cooling fans that can interfere with the film soundtrack are not needed. A specially wound (quiet) toroidal isolation power transformer also helps to keep noise to a minimum.

In addition to the comprehensive suite of upgrades, the MC257 comes with steadfast McIntosh technologies such as Power Guard (to prevent potential speaker damage caused by clipping and over-driving) and Sentry Monitor technology, which protects against short circuits by disengaging the output stage should the current ever exceed safe operating levels.

Both balanced and unbalanced inputs are included to connect the MC257 to a home cinema processor.

The MC257 sits on a polished stainless-steel chassis and bears the classic McIntosh design of a black glass front panel with the TripleView meter, illuminated logo, control knobs and aluminium end caps. We do have to say at EI we are a sucker for a cool looking meter.