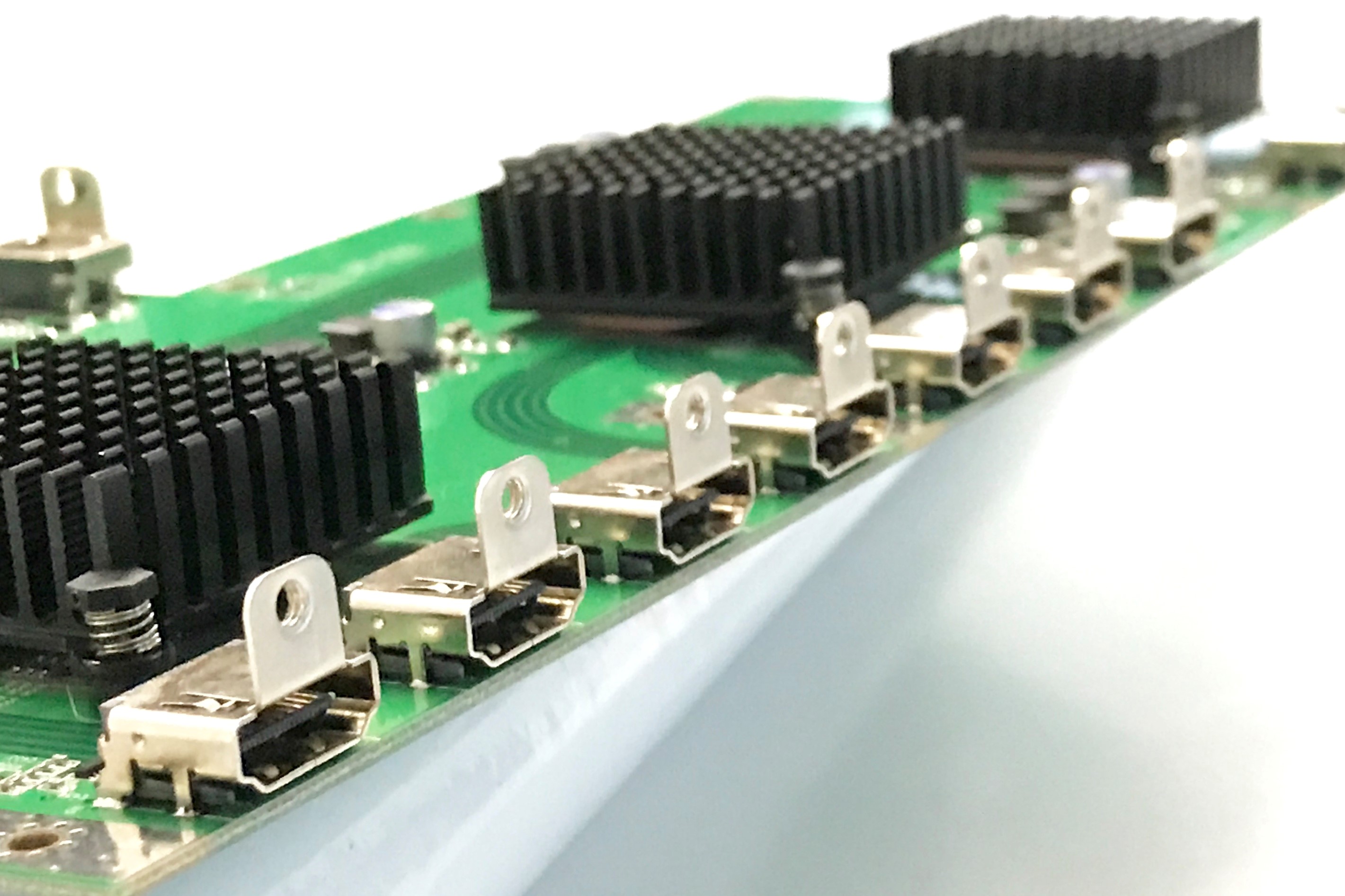 StormAudio has completed in-house development of a proprietary HDMI card that in late September 2019 will be integrated into its preamp/processors and available as an upgrade for 4U StormAudio processors in the field. The card will be revealed at the up-coming CEDIA Expo, featured at StormAudio’s booth (#4327) and in three high-profile home theatre demonstrations: Seymour-Screen Excellence (SR-10), Alcons Audio (SR-13), and M&K (#4143).

Named StormAudio HDMI 7+2 eARC, the 7 input / 2 output card delivers improved switching time and compatibility with all HDMI connectable devices. Significant key features include full 4K, 18 Gigabytes per second bandwidth on all input and output ports, plus DolbyVision and HDR10. Also integrated is eARC (a feature of HDMI 2.1) wherein immersive sound comes from the 8K TV via HDMI to the processor then on to the amps and speakers.

“The new card is the result of a collaborative effort between our product development team in France and a specialised circuit board manufacturer partner,” says StormAudio US Sales Manager Gary Blouse. “This was critical for us to undertake as flawless HDMI performance is critical. Yet we see that mediocre HDMI performance has been the bane of our competition.”

Gary adds, “Manufacturers are often at the mercy of vendors, having to accept ‘off-the-shelf’ HDMI cards that deliver less than optimal results. Given the newest formats and associated demanding performance specs, this simply would not do.”

Gary argues, “Since coming to market in 2016, top designers and acousticians have identified StormAudio as having something truly special to offer with key attributes being sound, ease-of-programming and upgrade capability, evidenced by our processors and amps being featured in the 2019 CEDIA Home Technology Professional Awards competition, which recognises the best custom-installation projects completed this past year. With this new card, our processors continue the innovation and rise to the top as the most performance-rich whilst easiest to deploy and upgrade.”

So far market response appears to be positive with Chris Seymour of CEDIA channel film screen brand Seymour-Screen Excellence posting on Facebook’s Home Theatre 4K / UHD Projection and Acoustics group, “Kudos to StormAudio for developing their own HDMI board. It’s such an unreliable format, and most companies have to stick to stock offerings.”