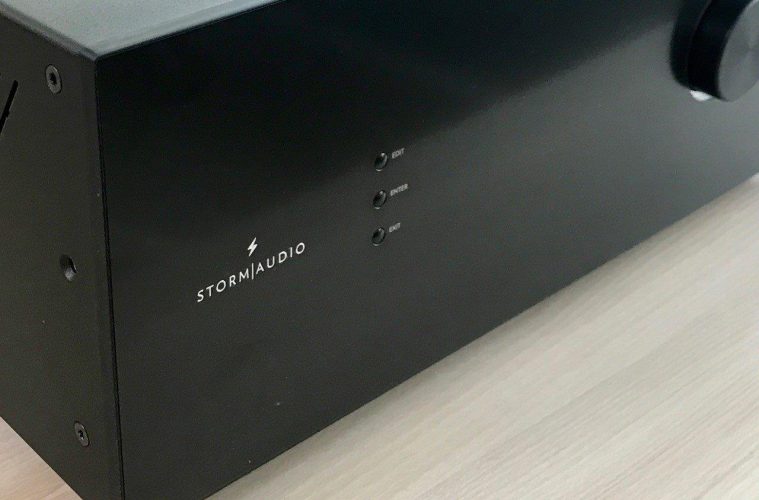 Slated to hit the market in early 2020, the new models boast a fresh industrial design and several performance enhancements and is distributed and supported in the UK by Pulse Cinemas.

The maker is certainly going for the fully loaded, cover all basis approach.

Designed by StormAudio, the card delivers 4K,18 Gigabytes per second bandwidth on all input and output ports, solid DolbyVision and HDR10 is also supported. The integrated eARC (Enhanced Audio Return Channel), a feature of HDMI 2.1, provides a boost in bandwidth and speed, sending the high-quality audio from the 8K TV to the processor, and on to the amps and speakers.

With respect to immersive audio formats, the processors are ready to support both DTS:X Pro and IMAX Enhanced. Also incorporated is Auro-3D Version 2 which enables use of back speakers in a 13.1 layout with a 9.1 or 11.1 Auro-3D stream. Auro-3D V2 also brings improved center channel dialogue when up-mixing from stereo.

This premium license supports phase and time alignment of multiple subwoofers within a theater. Happily, this is provided at no charge to StormAudio dealers and customers.

The Mark2 line’s modular approach, same as with the current preamp/processor line, will bring options such as Digital In, Audio Video Bridging and RCA out, with more card options planned for 2020.

“This past 18-months StormAudio has grown from a small adventure to a technical and commercial success, thanks to the dedication of its team and partners,” says StormAudio CEO Olivier Thumerel.

“To reflect this change and initiate a new era for our company, we felt it was time to simplify and modernise our image. We are excited to present ‘the new StormAudio’ to the industry at 2019 CEDIA Expo.”

StormAudio’s underlines that its philosophy is that luxury immersive hardware doesn’t need to be complex and time-consuming to setup.

The brand says its web-based user interface still remains the fastest, most intuitive GUI in the channel. Literally in minutes, from a laptop, StormAudio says the installer can have the system up and running, including engaging advanced control options and use of StormMonitoring Web-Based Remote Monitoring.

The processors can be customised and upgraded at time of order, or in the future by way of their scalable, modular platform. For example, stepped-up to fully support 32-channel outputs (digital) over AES/EBU or Audio over IP, or support a DCI server/player 16-channel AES/EBU interface.

2019 CEDIA Expo Demos
The new processors can be seen at StormAudio’s Stand #4327. The brand’s current, multiple award-winning processors outfitted with the eARC HDMI card can be experienced in high-profile theater demos by Seymour-Screen Excellence/Audio Excellence (SR-10) and Alcons Audio (SR-13).