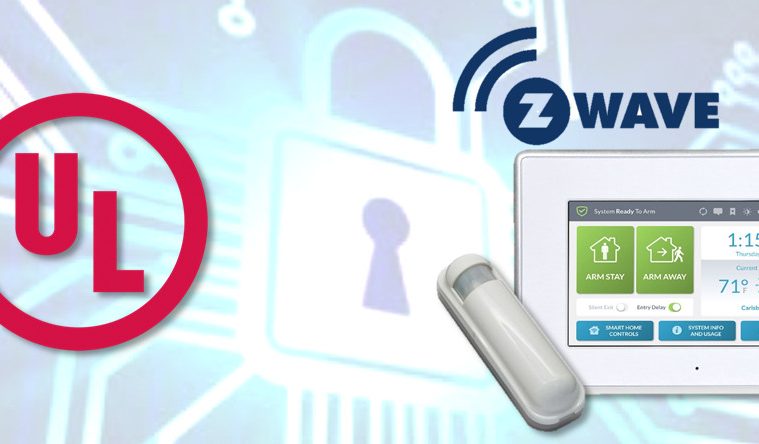 But the UL-listed sensors are single-purpose, one-way and mostly redundant because security dealers are installing multi-purpose sensors like Z-Wave right next to them. The UL security sensors are required for life-safety applications, while the Z-Wave sensors provide lifestyle benefits and feedback.

If only the Z-Wave sensors could achieve UL-compliance for life-safety (burglary), they could replace traditional security sensors altogether. That dream is becoming reality.

A More Secure Z-Wave vs. ZigBee

Sigma Designs, the owner of Z-Wave technology, put the gears in motion last year when it launched the new Z-Wave Security 2 (S2) framework for next-gen Z-Wave products. That framework was developed in cooperation with UL, with 1023 compliance in mind.

“Now you can standardise on one radio for both security and convenience,” says Avi Rosenthal, VP of security and control for Nortek Security & Control, developer of 2Gig alarm systems and a leading manufacturer of Z-Wave devices.

A board member of the Z-Wave Alliance, Avi says UL has never certified mesh-networking products for life-safety. While rival home-automation protocol ZigBee has some UL-compliant life-safety devices, those products have mesh-networking disabled, resulting in a short-range, point-to-point solution, according to Avi.

In the case of new UL-compliant Z-Wave devices, “This is a true-blue mesh network, exactly how you would expect it to work,” Avi says.

Even moving forward, ZigBee might have trouble achieving the same UL status as Z-Wave. ZigBee operates in the crowded 2.4 GHz band, which is prone to unintentional signal-jamming from Wi-Fi, Bluetooth and myriad of other technologies on the home network.

The 2.4 GHz noise can trigger false alarms in a security system, which can be challenging to detect.

Operating in the 900 MHz band, Z-Wave battles much less traffic on the home network, so the technology can better distinguish between real and false alarms.

It seems the opportunities for Z-Wave cannot be overstated in the UL announcement.

“There has never been an end-to-end encrypted protocol for life-safety,” Avi says. “Every device from a door/window sensor to a sophisticated door lock will be part of the secure environment. The consumer doesn’t have to worry about any of it. It is a single, compatible standard for convenience and security.

According to the Z-Wave Alliance, Z-Wave is included in over 90% of professionally installed security systems. Opening up the security sensor market for Z-Wave devices more than doubles the total available market being addressed, according to the group.

UL-compliant Z-Wave products probably won’t hit the market until Q4 of this year, according to Avi, but existing Z-Wave products that employ the newer 500-Series Sigma chipset should be firmware-upgradeable for UL compliance.

Will we still need the industry-standard 300-Mhz sensors? Probably not, Avi admits.

Today’s 300/400 MHz security sensors are cheaper, but much of that has to do with economies of scale, according to Avi. The price differential is shrinking already and once a high volume of Z-Wave radios are used as security sensors, any price advantage will disappear.

Furthermore, alarm panels will no longer have to support multiple radio platforms, further bringing down the price of a Z-Wave-centric system.

The long range of 300/400 MHz sensors is moot when compared to Z-Wave’s mesh-network capabilities.

The only lingering advantage to 300/400 MHz is battery life, but here again Avi says Z-Wave is approaching parity. Currently, the old one-way standard gets about 2x battery life compared to Z-Wave, “but we’re improving,” he says.

For Nortek’s part, Rosenthal says the company’s new 2Gig GC3 alarm panel is being built with UL compliance in mind. New communications methodology must be implemented to ensure UL-sanctioned Z-Wave transmissions for life-safety, not just lifestyle.

“We’ve asked UL to bless the way we’ve been doing it,” Avi says.

The new UL certifications are for burglary only, not fire detection.