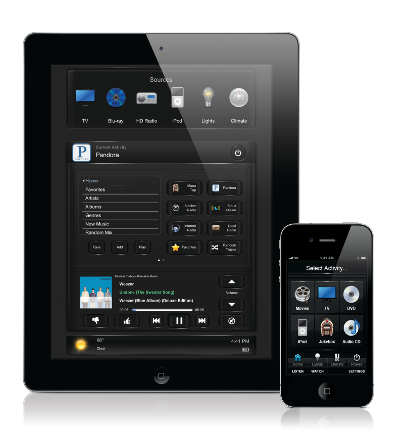 New drivers designed to offer simple, efficient two-way programming in a drag-and-drop environment via the Pro Control Studio include a new Sonos solution, which simplifies the control and feedback of Sonos audio components providing end-users a way of selecting songs, storing favourites and adjusting audio settings on up to 16 media players.

A good match for large-scale installations, the Pro.rfz was created as a simple and cost effective way to bolster 2.4 GHz ZigBee wireless communication throughout additional areas of a home or commercial facility.

The product provides users with two-way control and feedback of supported electronics, allowing them to view song metadata, lighting and temperature levels and more on the Pro24.z remote.

ISE visitors can also check out the Pro Control ProLink.z control processor and the Pro24.z touch-screen controller, which work together to deliver a feature rich control experience.

The ProLink.z features an integrated 2.4-GHz ZigBee antenna for bi-directional communication via the Pro24.z, in addition to two RS232 two-way ports for control and monitoring of devices.

Another major part of the exhibit, the ProPanel App gives end users control over any Pro Control system containing a ProLink control processor from the convenience of their iPod touch, iPhone, or iPad.

Designed to be easy to program and use, The ProPanel App sports a customisable graphical user interface, giving end users a consistent user experience across all Pro Control remote controllers in their system.

Also designed for customers who like to use their Apple smartphone or tablet as the primary controller, visitors can check out the low-cost Pro Control iPro.8 companion controller, which adds the convenience of a dedicated remote with instant connectivity and hard buttons for tactile control.

The iPro.8 remote works as an extension of the ProPanel App running on an Apple product and gives users access to common functions such as changing channels, controlling the volume and DVR transport.