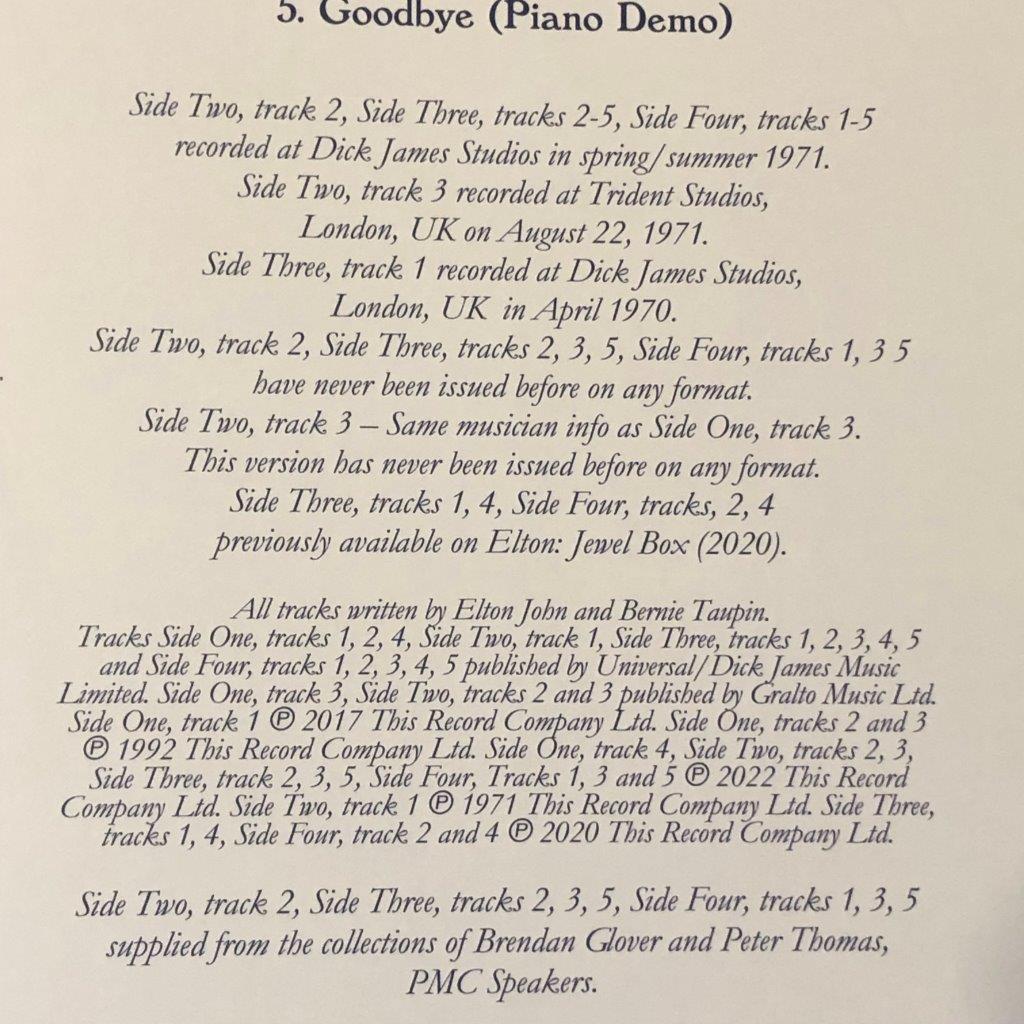 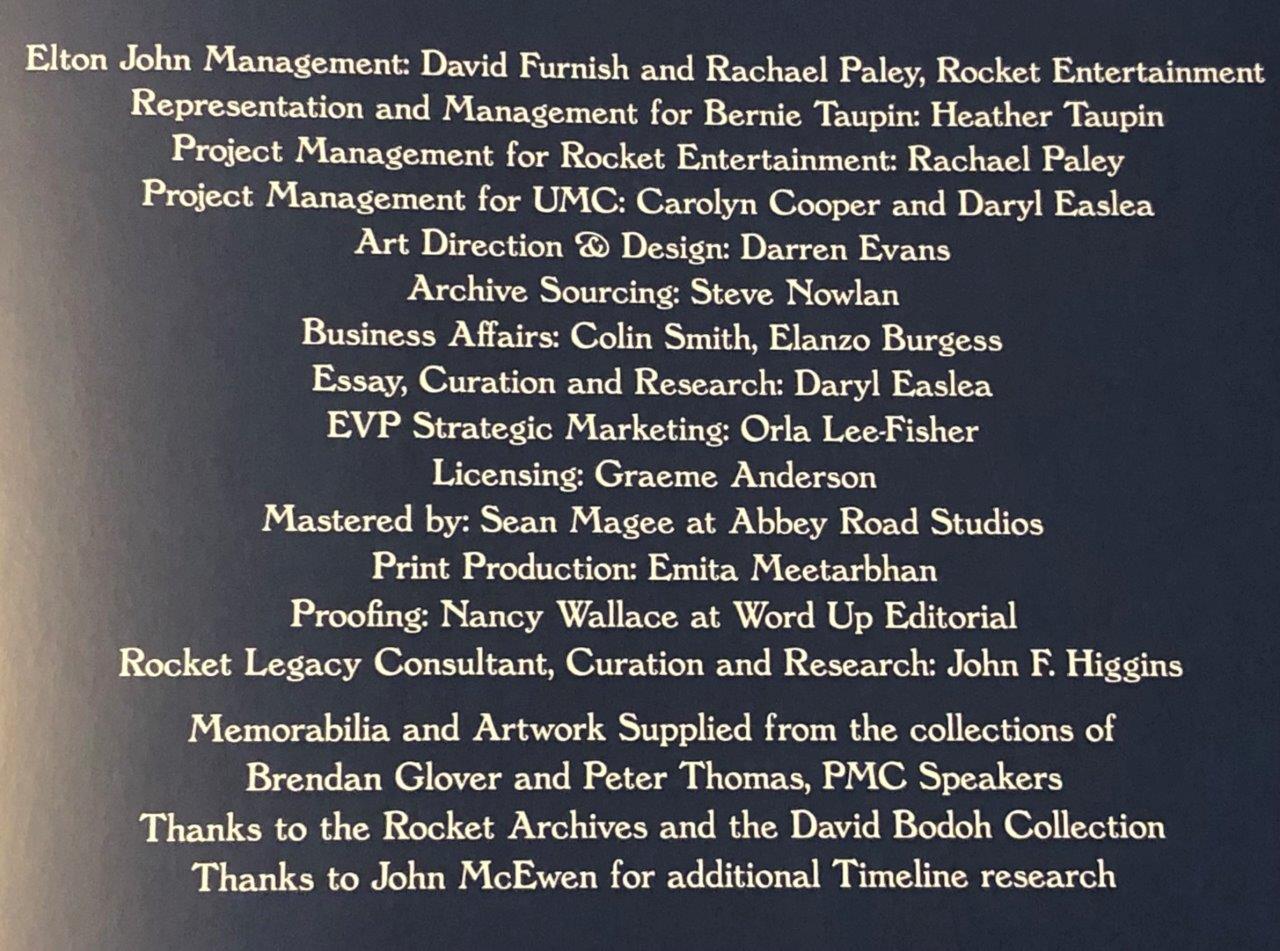 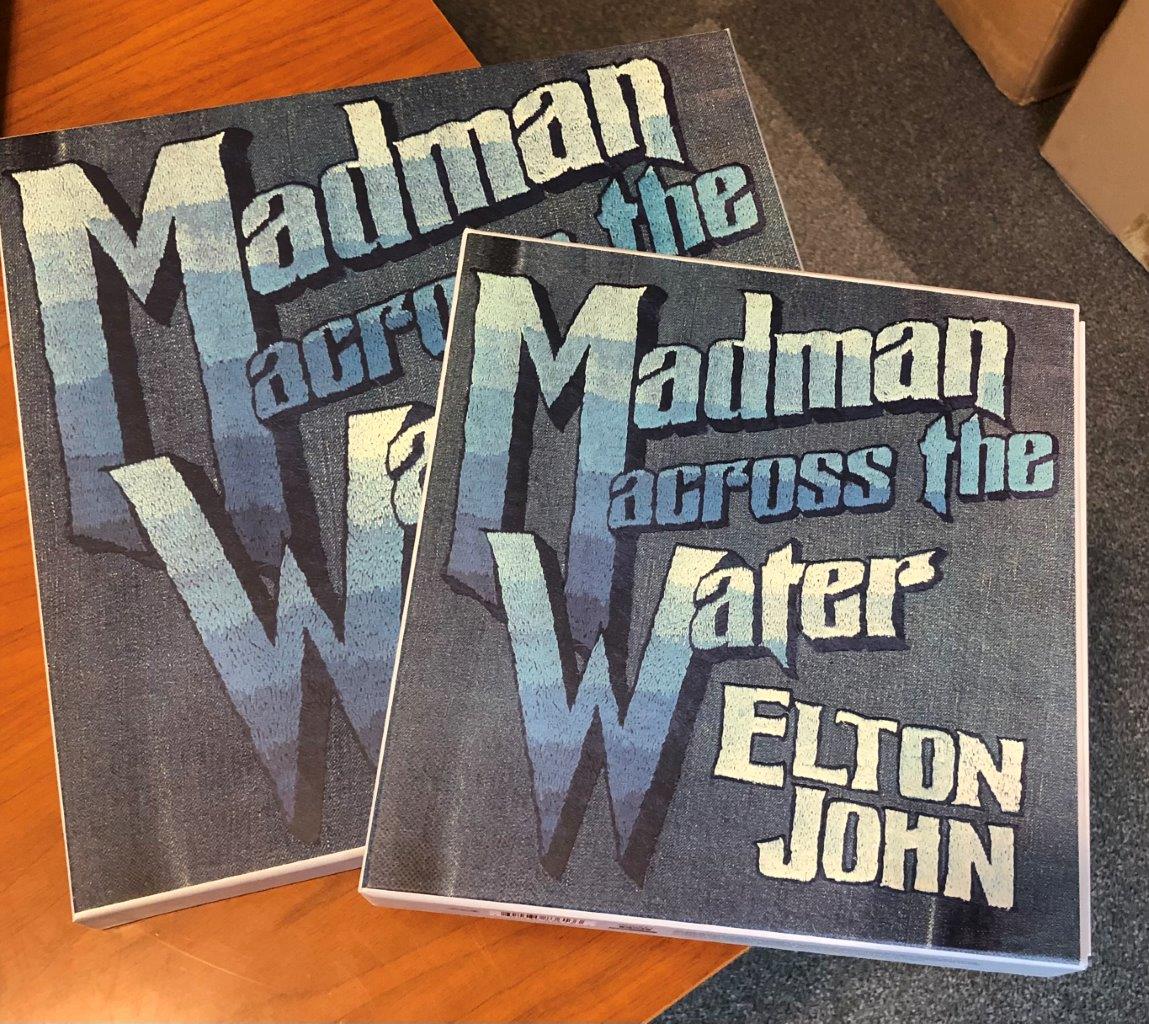 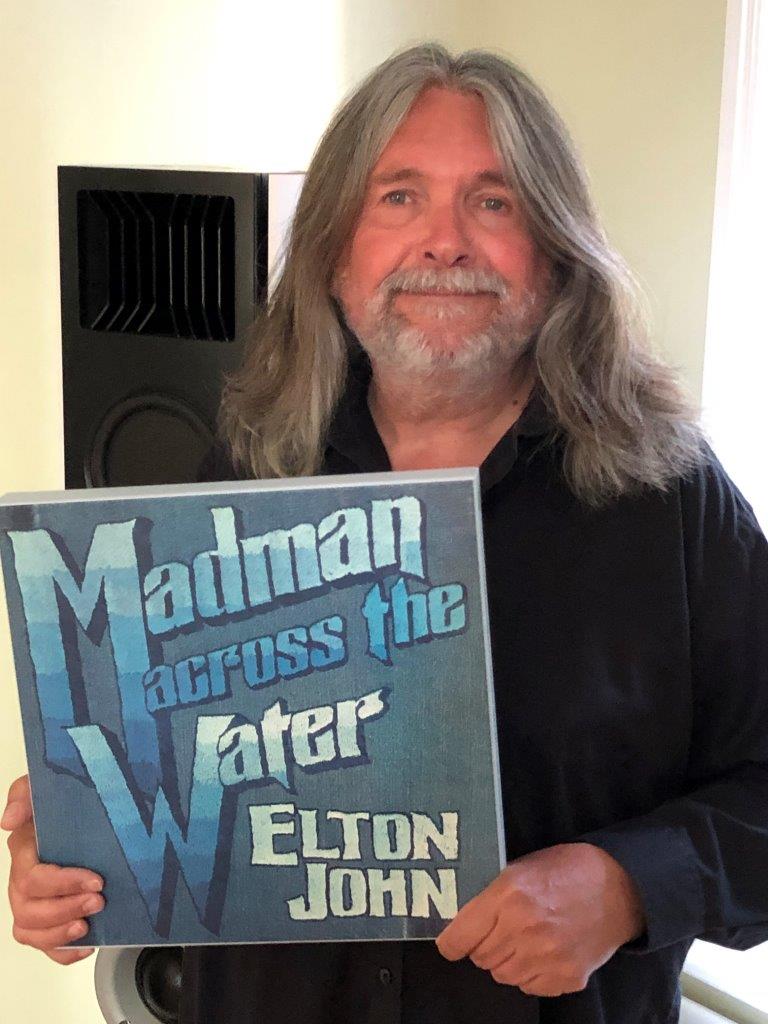 PMC’s founder and chairman, Peter Thomas, has come to the rescue with seven long-lost demo tracks for the 50th anniversary release of Elton John’s 1971 album Madman Across The Water, enabling a collector’s dream of a full album of demos to be assembled for the first time.

Peter was contacted by Elton John’s record label, Universal Music Group, following his previous assistance with supply of a track for the Record Store Day re-release of Elton’s first US album. For this 50th anniversary re-release of Madman Across The Water, Universal wanted to create a full album’s worth of demo tracks, to give the die-hard fans a real insight into the creative process that went into the creation of the songs.

A long-time collector of Elton John’s early work, Peter has a vast collection of his music, including many rare and unusual versions of songs and albums, which he curates as part of the PMC music archives.

“After the release of earlier Elton John box sets, I contacted Universal to let them know I had in the PMC archives collection a number of never-before-released demo tracks that I had acquired from contacts at Trident Studios, where this album was recorded,” says Peter. “They were interested in including some of the tracks from my Elton John collection for future releases and took one for the 2020 Record Store Day release.

“I was delighted when they contacted me again during the compilation of this new anniversary box set to enquire whether I could assist. Of course, I was happy to help and was able to provide seven tracks, including the piano demo of the future hit Tiny Dancer.”

The process of supplying the rare tracks began with Peter creating digital transfers from the original tapes before passing them on to Universal. For Elton John fans these tracks provide a first-time opportunity for them to hear the intimacy of the piano only demo tracks that Elton recorded.

“These are not take 30 or 40, but the very first recordings made of these tracks,” comments Peter. “It’s a real treat for fans to hear them in their raw, unrefined form, before the outstanding production work by Gus Dudgeon, and Paul Buckmaster’s arrangements, turned them into the two-times Platinum album we all love.”

Peter was also able to supply very rare items of memorabilia for inclusion in a 104-page coffee table book that forms part of the box set release. In appreciation of his assistance in this exciting project Thomas and PMC are credited on the album sleeve and souvenir book.

Madman Across The Water is released on 10 June 2022 and is available in a variety of formats:

4-LP, 180g vinyl box set, including a 40-page booklet with introductions by Elton and Bernie Taupin.

2-CD set with original album, rarities and demos, including a 40-page booklet.