Vivitek Adds Another Pocket-Sized Projector To Its Line-Up

Vivitek is continuing to expand its pocket-sized projector range, with the Qumi Q8 joining the Qumi Q3 Plus, Qumi Q6 and Qumi Q7 Plus.

The Vivitek Qumi Q8 is supposedly the first Full HD 1080p LED pocket projector and offers up to 30,000 hours of life and maintenance free operation. It also features Wi-Fi connectivity and PC-free access to multimedia content.

In terms of size, the Vivitek Qumi Q8 measures 190 x 114 x 43 mm (D x W x H) and weighs 621g. Vivitek says that these dimensions make the Qumi Q8 among one of the world’s smallest native 1080p pocket projectors, making it suited to those who want to create a home cinema but without the cost, complexity or the permanent presence of having a large TV installed.

The projector has been designed so that it can be used in rooms and spaces of all sizes. When the film is over, the Qumi Q8 can be carried around easily and stored away conveniently.

While diminutive in size, Vivitek says there is nothing small about its big-screen performance however, thanks to its long-life, energy-efficient LED engine, 1,000 lumen brightness and 120in diagonal FullHD 1080p (1920 x 1080) resolution which offers more than two million pixels. The projector also features a 30,000:1 contrast ratio and a built-in two-watt audio speaker.

Users can also choose from a wide-array of connectivity options including HDMI and MHL, while its integrated Wi-Fi enables the Qumi Q8 to wirelessly mirror mobile devices so mobile content can be enjoyed by the whole group at the same time. It can also be displayed directly from a USB flash drive or from the on board memory to display entertainment ranging from documents, photos and movies without the need to connect to a PC or Blu-Ray player. This enables media to be pre-loaded before an event.

Commanding the Q8 is done through the touch-sensitive keypad with illuminated backlit controls. Vivitek says that set up has been simplified thanks to the vertical keystone correction being automatic combined with a manual horizontal keystone adjustment function for this pocket size projector, which benefits users by delivering a widescreen image from many angles.

So where does Vivitek see the Qumi Q8 in use? Well, the company says it sees a wide range of users acquiring one. It says the projector can be used for entertainment, education and business.

Commenting on the Q8’s introduction, Holger Graeff, general manager EMEA, Vivitek, says: “Our Qumi family continues to grow to cater for the differing needs and requirements of users who want a portable projector that delivers outstanding image quality. With the Qumi Q8, not only does it excel from a performance perspective, but it also set new standards for portability and connectivity options, aligned with the reliability and ease of use that defines all Vivitek’s solutions.” 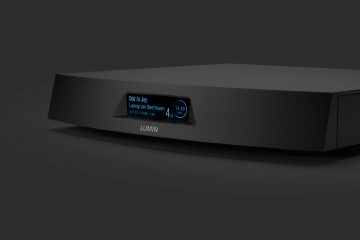