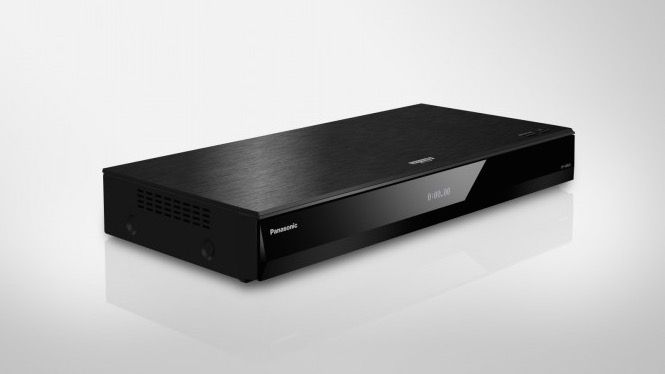 Panasonic has thus far snubbed Dolby Vision on its TVs, but it doesn’t mean the company isn’t committed to the technology. In fact, at CES 2018, Panasonic has announced four new ultra HD Blu-ray players, one of which supports the Dolby Vision HDR format. Two of the new models also support HDR10+ for the very first time.

Dolby Vision is only available on just a small handful of ultra HD Blu-ray players currently on the market, with models such as the Oppo UDP-203 and LG UP970 being amongst the most popular. Panasonic also already offers a Dolby Vision model, in the form of the DMP-UB900. Most of those models, with the exception of LG’s, sit in the higher-end of the market, however. This new Panasonic offering should be a little more wallet-friendly.

The flagship new model is the DP-UB820, which will still sit under the DMP-UB900 in the range. This new ultra HD Blu-ray player offers everything from the new HCX processor found in Panasonic’s new 2018 range of TVs, support for Dolby Vision, and, for the first time ever, support for HDR10+.

HDR10+ is Samsung’s metadata-laced HDR format that is going head-to-head with Dolby Vision. Panasonic has already thrown its support behind the royalty-free format, with the company being part of the alliance governing it. It also offers HDR10+ on its TVs, something it doesn’t offer with Dolby Vision. That means those wishing to take advantage of Dolby Vision from the DP-UB820 will have to purchase a TV from another manufacturer, such as LG or Sony.

Dolby Vision and HDR10+ is typically only found on high-end TVs, however. Considering this is an ultra HD Blu-ray player for the masses, Panasonic has included a new technology called Optimum HDR processing. This is supposed to help lower-end HDR TVs cope when playing high quality content. That’s because those TVs tend to cut off any hues or brightness beyond their maximum settings, while Optimum HDR will scale back the quality inside the Blu-ray player, which should lead to a better picture on the TV.

Most of the features users will get from the DP-UB820 will also be present on the UB-420, with the major exception being Dolby Vision support. Users will still be able to enjoy controlling their ultra HD Blu-ray player using either the Google Assistant or Amazon Alexa, however.

For those with a tighter budget, Panasonic is also offering an additional two models in the form of the DP-UB330 and DP-UB320. These models are a little more basic, lacking the HCX processor and Optimum HDR processing, support for voice control functionality, and HDR10+. The DP-UB320 will also be without Wi-Fi.

Panasonic has yet to announce pricing details, although all the new ultra HD Blu-ray players should be out in the spring.