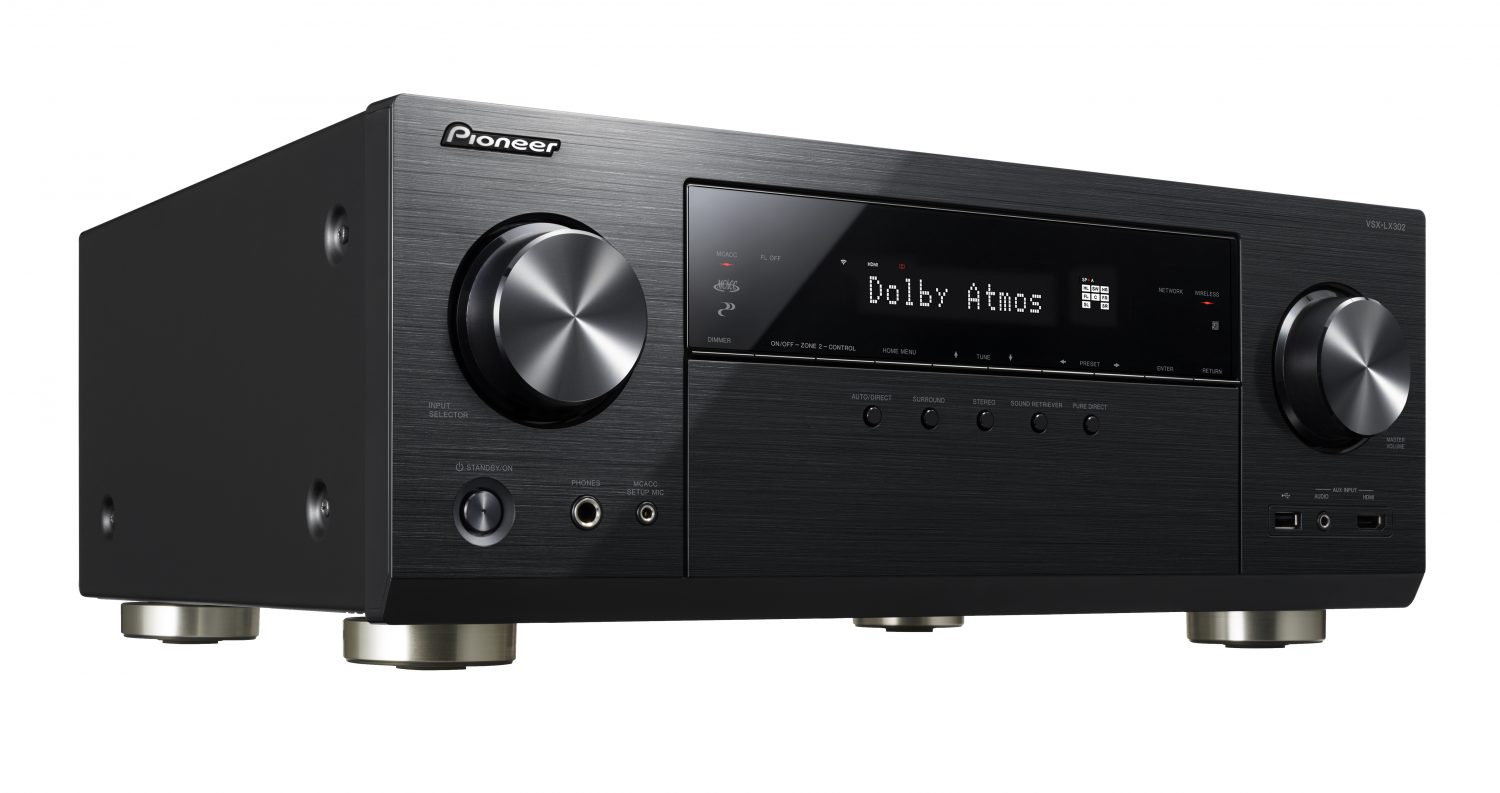 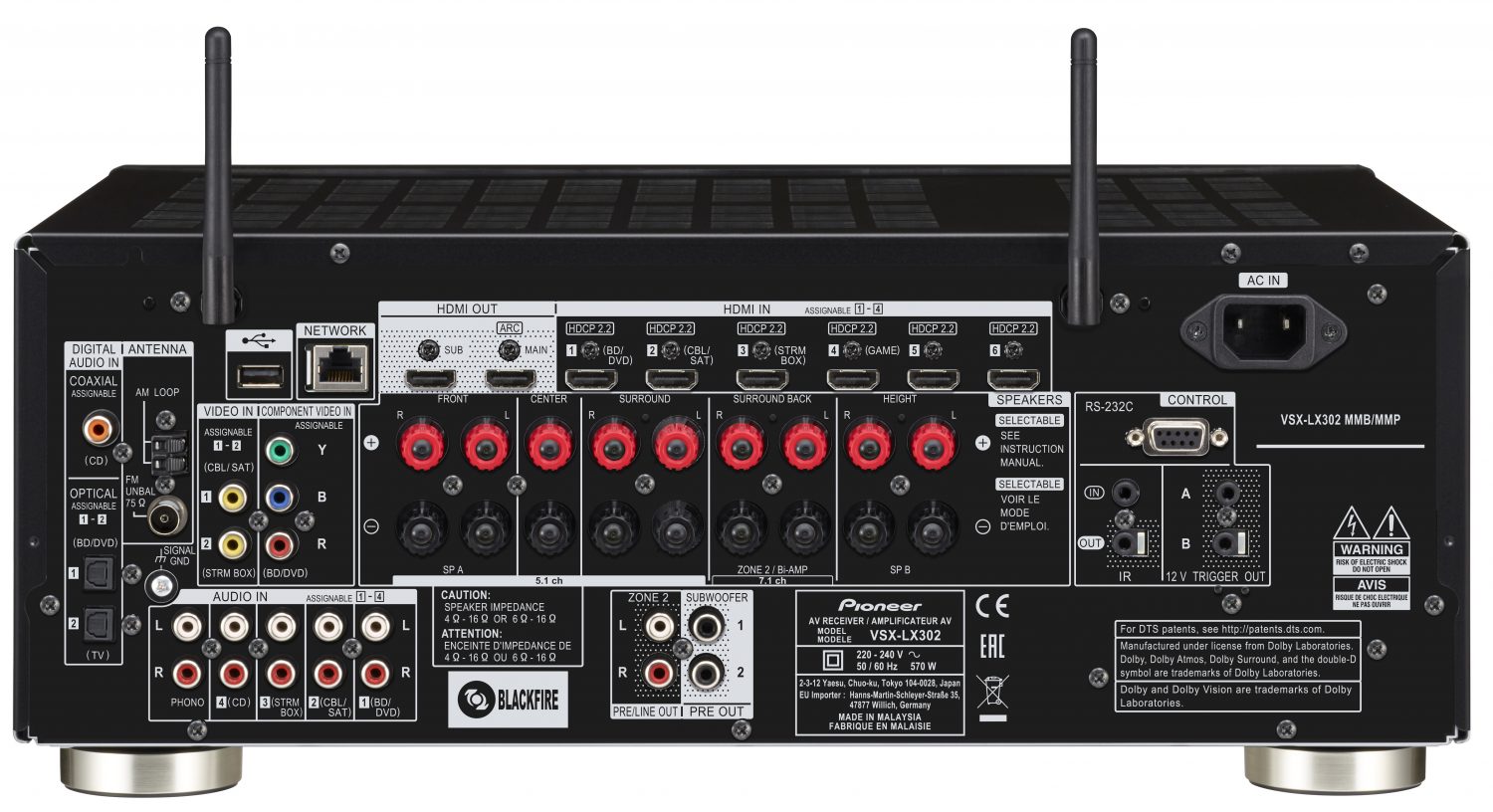 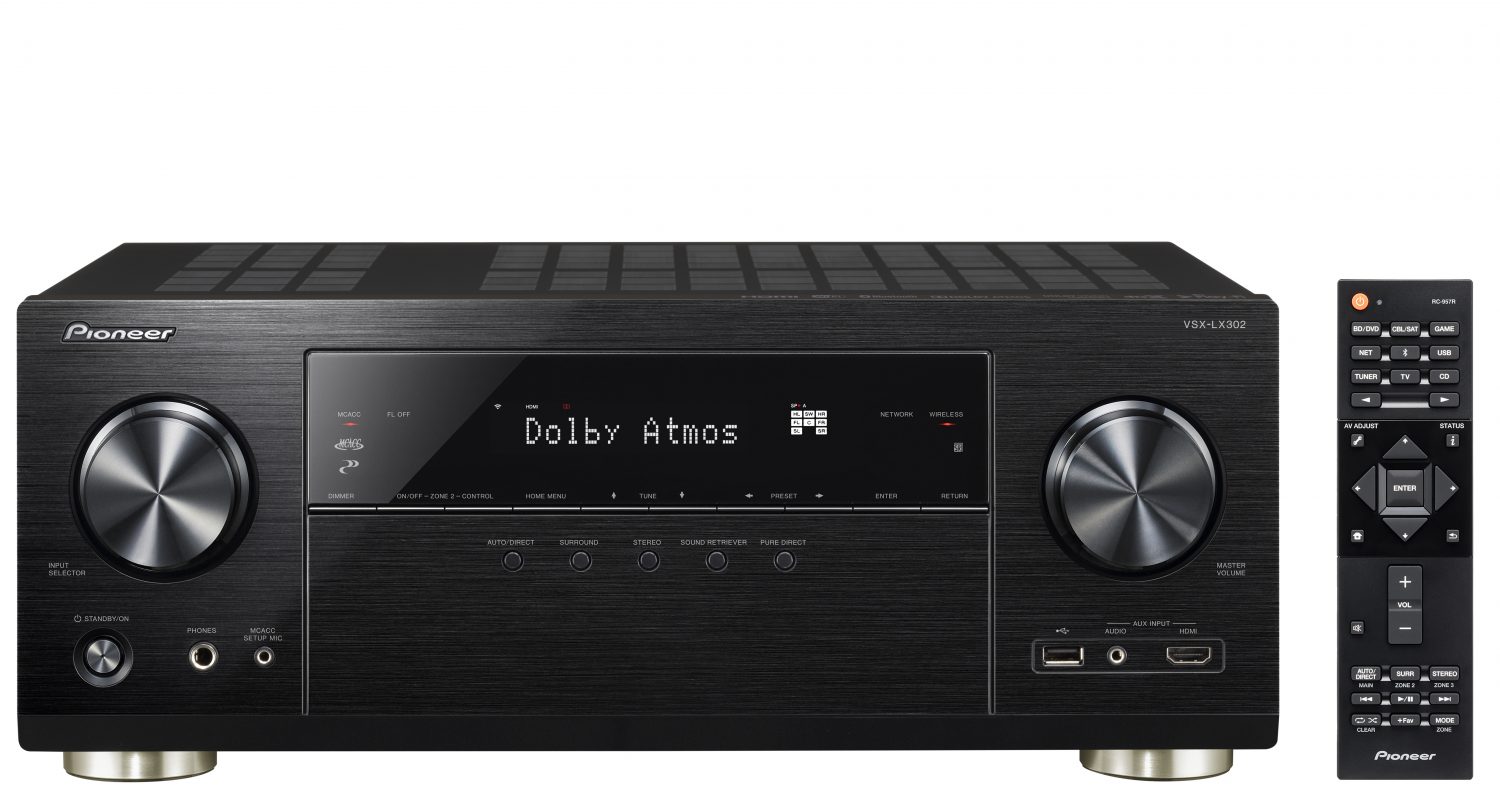 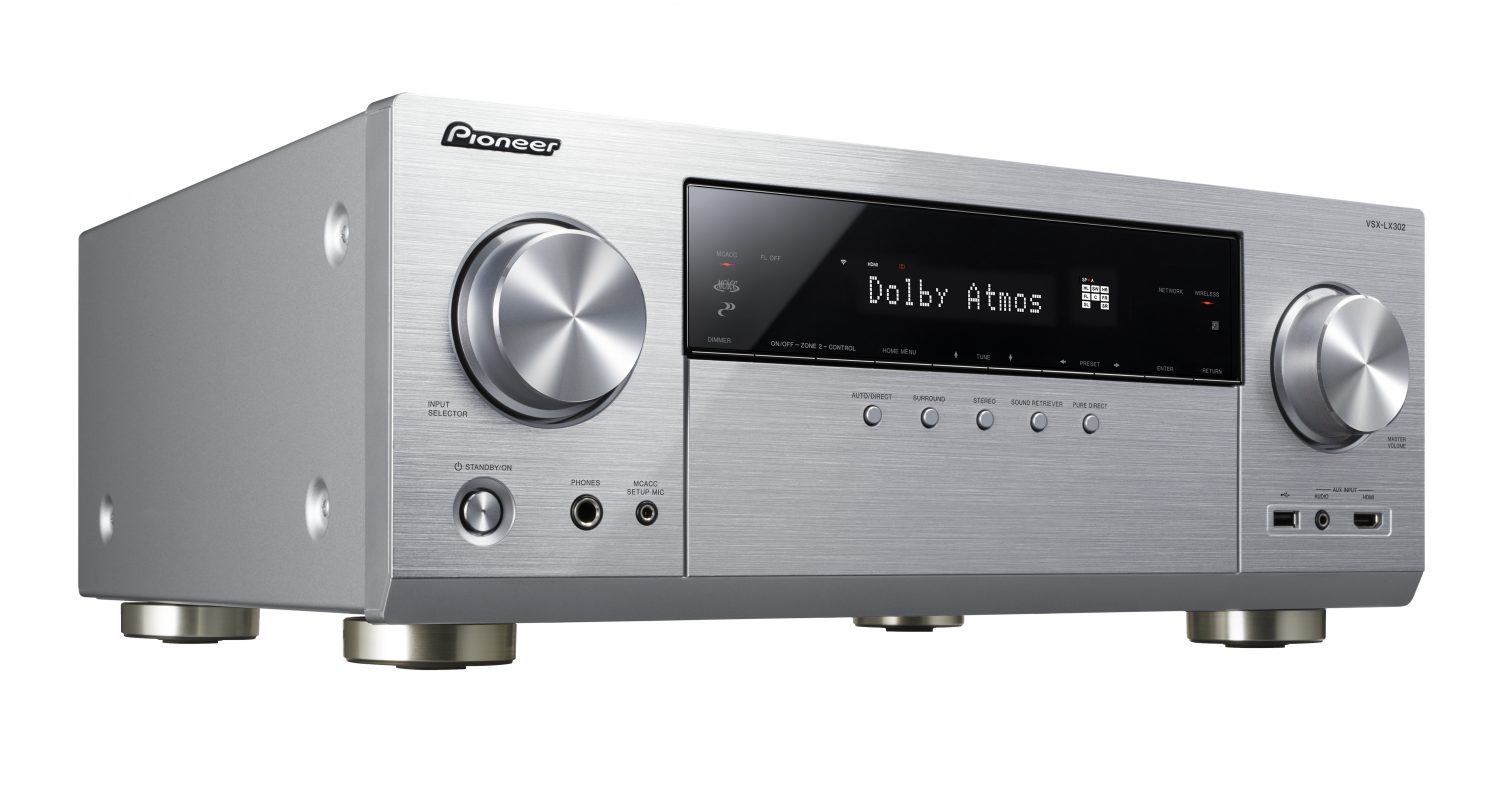 The newest offerings from Pioneer take the form of a trio of AV receivers – the VSX-LX302, VSX-932 and the VSX-832 – each of which is Dolby Atmos and DTS:X compatible.

Costing £699 and available in May, the 7.2-channel VSX-LX302 AVR delivers 170W per channel and is capable of driving two subwoofers. This AVR offers Dolby Atmos and DTS:X playback (using a 5.2.2-channel layout) as well as a new feature dubbed Reflex Optimiser, designed to eliminate and overcome the phase-lag issues that many Dolby Atmos elevation speakers can suffer from.

Like its stablemates, the Bluetooth and Wi-Fi-enabled (5 GHz/2.4GHz Dual-band) VSX-LX302’s talents also encompass music as well as movies, with onboard support for a host of free and subscription music services (TuneIn, Spotify, TIDAL and Deezer).

Naturally, there’s full support for Hi-Res audio including DSD 2.8MHz/5.6MHz and even Dolby TrueHD content (up to 192 kHz/24-bit) via the USB input. The task of decoding digital content falls to a high-grade 384 kHz/32-bit DAC (AK4458) produced by AKM. For vinyl fans there’s a built-in phono stage (moving magnet) plus AM/FM radio while an optional USB dongle – for DAB radio reception – will be launched later this summer.

Available now for £499, the 7.2-channel VSX-932 offers a similar but slightly more modest specification compared to the VSX-LX302. As well as slightly less power (130w vs 170w a channel) the AVR features four HDMI inputs/one HDMI output (vs six in/two out), has a single subwoofer output (instead of two), omits Zone 2 outputs and uses an AK4438 AKM DAC instead of an AK4458.

Also available now for £449, the 5.1-channel VSX-832 is the most affordable Pioneer AV receiver to offer Dolby Atmos and the first five-channel model to do so. Here, the latter is delivered in the form of the 3.1.2-ch Dolby Atmos Surround Enhancer, a virtual speaker technology that uses DSP (Digital Signal processing) to recreate the sound that normally comes from separate Atmos speakers (although this will be made available via a future firmware update).

The 3.1.2 soundstage is virtually expanded to 5.1.2-ch to create a 3D surround sound field. While the power output, at 130w a channel, is unchanged from that of the VSX-932, the VSX-832 makes do without that model’s vinyl-friendly phono input and, of course, offers just 5.1-channel operation vs 7.2.