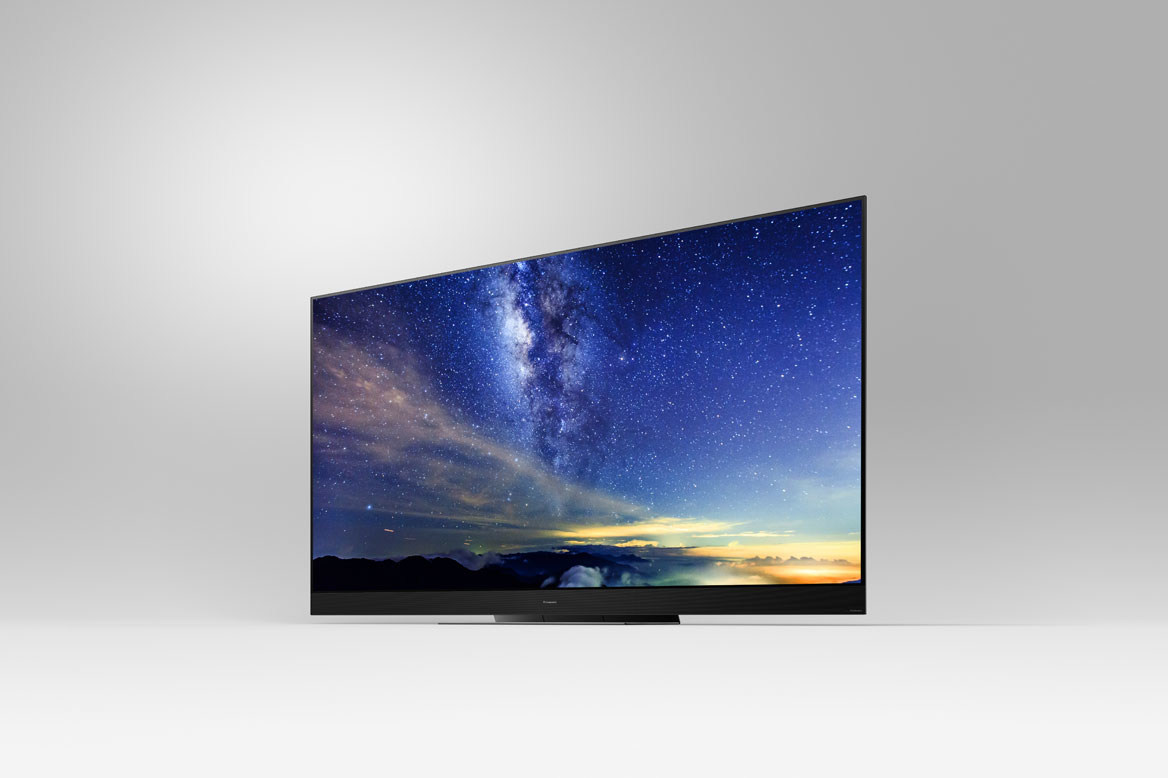 Panasonic Claims Its Latest OLED Is ‘World’s Most Cinematic’

There’s definitely no shortage of TV announcements at CES 2019, and while 8K seems to be the main theme from the likes of LG, Samsung and Sony, Panasonic isn’t yet done with 4K. In fact, the company claims that its latest 4K OLED TV is the ‘world’s most cinematic’.

Dubbed the GZ2000, this TV features a custom-made OLED panel. Now, that may not sound like a big deal, but it is. That’s because the majority of OLED TVs on the market source their panels from LG Display, which means that the panel on both Sony and LG’s TVs are virtually identical, with the only difference being the technology that actually powers that panel. Panasonic has chosen to forgo that route for 2019, however, and it could be a move that pays off – with the firm promising unparalleled colour accuracy and significantly better than average brightness levels.

OLED TVs have always had several shortcomings versus traditional LCDs. It’s one of the reasons Samsung has been so bullish with its QLED TVs – despite the fact that Samsung used OLED displays for its phones. The biggest downside to an OLED TV is its brightness levels, with LCDs emitting far more light than an equivalent OLED.

Panasonic is claiming that the GZ2000 offers ‘significantly better than average brightness levels’, although it failed to elaborate exactly what numbers that would translate into. In 2018, Panasonic’s flagship OLED model was capable of emitting a peak brightness of around 785 nits, which was slightly lower than what was on offer from LG’s models. Compared to the 1,500 nits of brightness available on Samsung’s Q9F, then it’s easy to see why we’re hoping for a significant jump from Panasonic. We’ll have to wait and see.

It’s not just about brightness, however. Panasonic has also concentrated on colour accuracy, with its latest set having been optimised by a Hollywood colourist. The colours should also be more immersive thanks to the inclusion of both HDR10+ and Dolby Vision, the first TV to do so. As an added bonus, Panasonic has also thrown in support for HLG Photo, the new still image format that brings still photography into the HDR world.

The Hollywood colourist that assisted with the creation of Panasonic’s latest OLED is none other than Stefan Sonnenfeld. He’s been credited with working on some of the biggest films, including Star Wars: The Force Awakens, Jurassic World, Beauty and the Beast and Wonder Woman. In fact, he’s even been described by NPR as the ‘da Vinci of the movies’

Sonnenfeld helped Panasonic optimise its latest TV to give it the most accurate colours possible. Given that he currently uses Panasonic’s OLED screens as large-format client reference monitors for his daily workflow, he was also able to recommend features that would be appreciated in Hollywood. That’s why Panasonic’s GZ2000 is one of the first TVs in the world to support CalMAN PatternGen test patterns from Portrait Display’s CalMAN software, along with AutoCal functionality. In addition to CalMAN PatternGen, ISF calibration settings are supported, while Panasonic has extended the range and reduced the interval between calibration steps at the darkest end of the RGB and gamma scales.

Panasonic hasn’t just made this TV for Hollywood, however. In fact, this TV has many features that will be appreciated by the consumer. That includes a built-in upward-firing speaker capable of delivering Dolby Atmos audio, the world’s first TV to do so. In other world’s firsts, this is also the first TV to support both Dolby Vision and Samsung’s competiting HDR10+ format.

The GZ2000’s HDR OLED panel is powered by Panasonic’s HCX PRO Intelligent Processor, which rapidly analyses the colour, contrast and clarity of 4K video content, optimising them and giving more control over the screen’s all-new Panasonic-customised OLED panel. Featuring an even faster Dynamic LUT, Panasonic claims that this is its best TV at selecting and displaying the correct colour for every single brightness level. Even when brightness levels and contrast change vary rapidly within a scene, the GZ2000 has been optimised to deliver the most accurate colours.

In addition to updating the visuals on its latest OLED TV, Panasonic has also taken the opportunity to overhaul its smart TV OS. In the past, Panasonic hasn’t had the best luck with its TV OS, having adopted Firefox OS to power the UI. Unfortunately, Mozilla announced that it was ditching Firefox OS, which left Panasonic in an awkward position. Rather than ditching the OS, however, Panasonic opted to continue the development of the platform in-house. That’s how we’ve reached the fourth generation of what now is known as My Home Screen.

New in My Home Screen 4.0 is the ability for viewers to tailor the TV UI to their preferences, with more freedom and flexibility. The layout of the home screen can be reconfigured to allow customised layouts. Access to VOD and broadcast content is also easier thanks to a redesigned GUI that includes icons for decks that provide shortcuts to live TV, connected devices and apps such as Netflix, Amazon and YouTube. Viewers can even add frequently watched TV stations to the home screen.

In addition to its smart TV UI, Panasonic’s latest TV supports both the Alexa and Google Assistant voice control platforms.