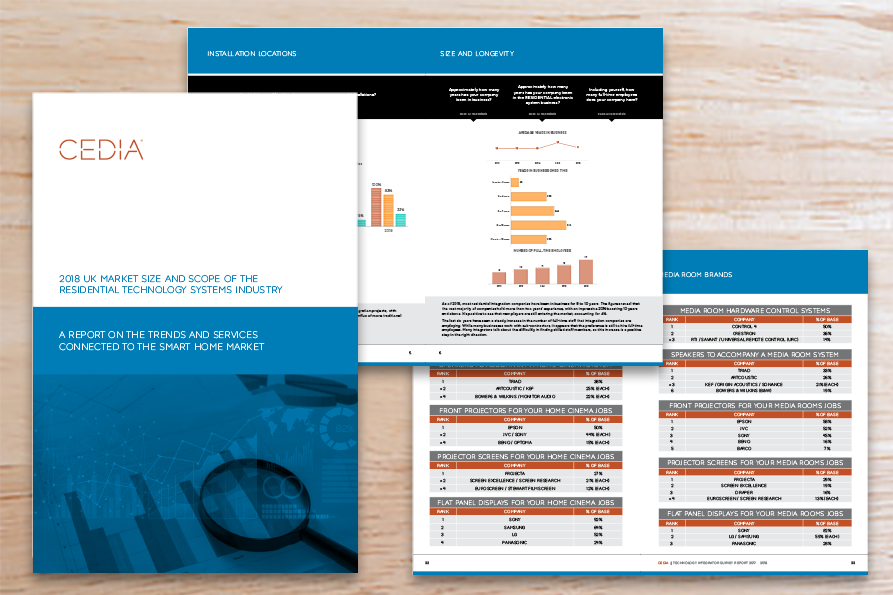 More Consumers Are Having Home Cinemas Installed, According To CEDIA’s Research

What exactly does the ‘UK home technology’ market mean? After all, last year it was estimated that the UK smart home market was worth an estimated £900M by research firm GfK Global. Well, that’s because that survey looked at all smart home systems, while the UK home technology market is defined as residential technology systems that require a custom installer. That can include home cinemas, media rooms, outdoor entertainment systems, whole home integrated control systems, audio systems, home networking products, and security systems.

According to the report, consumers are more interested in home cinemas than ever before. While in previous years the CEDIA survey has showcased growing revenues but flat installs, the report made available today showcases that there has been an increase in home cinema installs, resulting in a revenue surge of 9%. It’s that growth that is fueling confidence in the industry, with 80% of the survey’s respondents expecting to continue to grow their revenue over the next 12 months.

Those wishing to read the full details contained within the report will be able to on CEDIA’s website. It’s free to access for all CEDIA members, while non-members will have to stump up £499 for the privilege.