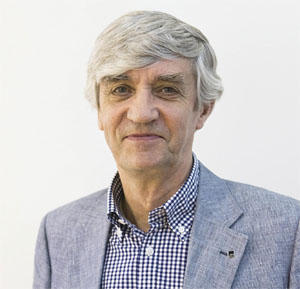 Developed by Meridian Audio, MQA aims to improve the sound quality of today’s streaming and downloaded music files, according to Stuart.

Can you explain what MQA (Master Quality Authenticated) is and how it applies to the playback of digital audio in the home?

MQA is a revolutionary new technology born from a simple desire: to bring the listener as close as possible to the original performance.

MQA captures every subtle nuance of the original master, ‘folds’ it into a standard lossless stream or file and ‘unfolds’ it for the listener, recovering the original sound exactly. MQA brings together the three ideals of studio-quality sound, convenient distribution and end-to-end authenticity.

The history of recorded music shows that sound quality has been compromised for convenience and especially throughout the digital and Internet era.

By using advanced mathematical techniques and informed by neuroscience, MQA delivers extraordinary sound quality in a form that easily integrates into the existing music distribution infrastructure, is backward compatible with existing hardware, and serves all applications, from smartphone streaming to high-end home downloads, with a single file.

MQA embodies a philosophy as well as a group of technologies. The philosophy starts with doing the very best that we can do with the recording.

It goes back to the original event, because music sound is analogue; it’s created in analog and it’s analog in the air.

When we eventually play it back and listen our experience is analogue. We start with the idea that you’re sitting in a concert, and the performers are in front of you. Then we ask what we can put between ourselves and the performers that doesn’t change the sound.

There is something that does change the sound, and that’s air – but totally necessary!

One of the building blocks of our philosophy with MQA is that the degree to which air blurs and attenuates the sound becomes the yardstick for the only acceptable degradation of a recording system. A philosophy that should build a better archive over time.

So if we are to connect the air vibrations in the microphone to those in your room it can be done using analogue or digital chains, and neither is perfect.

Digital is very convenient – it is the language of the Internet but we could clearly see that the evolution of digital audio was insufficiently structured to guarantee the listener the optimum result; we realised that just making digital ‘go faster’ would never solve the core issues compared to an end-to-end realisation.

The goal of MQA to bring the listener exactly the sound heard in the studio when the recording was approved has so far never been attained – partly because, on the journey from the microphone to your ears, every single process degrades the quality and loses provenance.

This loss of quality became severe with the arrival of personal stereo devices, where we gained convenience at the expense of lower sound quality. Vital elements of the music were thrown away to fit a thousand songs into your pocket, or millions in the cloud, on the way losing emotion, realism and engagement.

MQA has been very positively received. In the early stages of our research, we decided that the only thing we could do was go to the source to let mastering and recording engineers listen to our system and compare it using distribution bitrates to the original feed.

After about a dozen of these experiences, where they gave us the same answer – basically, ‘How did you do that?’ – we realised that we really were on to something.

In the studio, MQA provides a toolset so that the producer can preview and approve the exact analog sound that the listener will get in different listening situations (for example, with or without a decoder, at home or ‘on the go’).

From the label point of view, MQA is a set of tools that allows a rebirth of the ideal of recorded music, with everyone moving in the same direction. It offers a solution to the industry’s problem of making up to 40 different deliverables (file formats and physical media), each of which has actually got nothing to do with making the record.

We can get the great studio sound to the listener at a data rate that can be streamed, or in a small download file, as a single mechanical. The critical fact that MQA can be played without a decoder (in CD quality) means that the fan can buy the file and play it anywhere, without hassle.

From a playback perspective, as of this writing, more than 60 companies – from major players to niche high-end firms – plan to support MQA with compatible playback devices.

Do you think the consumer and professional audio markets are working together enough to ensure end users get a quality experience. What would you like to see happen to ensure consumers get the best possible audio from their components and their formats of choice?

I’m sure they could do a lot more to work together. From the earliest days of recorded music the two industries were separate and joined only by a specification of the release carrier.

One of the key insights in MQA is the recognition that we can deliver much better sound in a surprisingly small file by joining the system end-to-end. That opens up the possibility of reassuring artists of the result and fans of the authenticity.

When we bought a vinyl record it hadn’t been changed en route from the plant, with MQA we go further by enabling efficient playback systems and reassuring listeners.

Looking at the opposite end of the consumer audio spectrum, why do you think analog audio is experiencing a surge in sales? What can digital audio learn from the resurgence of vinyl?

I don’t see this as digital vs. analogue although, as we know, a poorly designed digital system can be unsatisfying.

Yes, vinyl can give a ‘warm’ and ‘comfortable’ sound, but our informal research with young buyers uncovers a generation who never experienced the tactile nature of the medium and for whom there is also an impulse to collect ‘things.’

The downloaded file is ephemeral and the rich experience and metadata of a vinyl album is much more than the sound.

Digital can learn from vinyl – rich artwork, etc. is something to embrace. The metadata buried in an MQA file can link the user to dynamic artwork, artist and band details, etc.

But the biggest bridge to cross is to recreate the impulse to listen to and absorb an album as a work, rather than cherry-picking songs.

Does MQA work with any native file format? Can MQA files be played in iTunes?

MQA is inherently a form of PCM and can be delivered to listeners as a conventional lossless file, such as WAV, FLAC or Apple Lossless at 44.1 or 48kHz at 24 bits. MP3 or AAC (lossy coders) will destroy the potential quality.

The decoder precisely matches the DAC to recreate the analog with minimal temporal blur. MQA can also retain many benefits over ‘last-mile’ links such as AirPlay or Bluetooth.