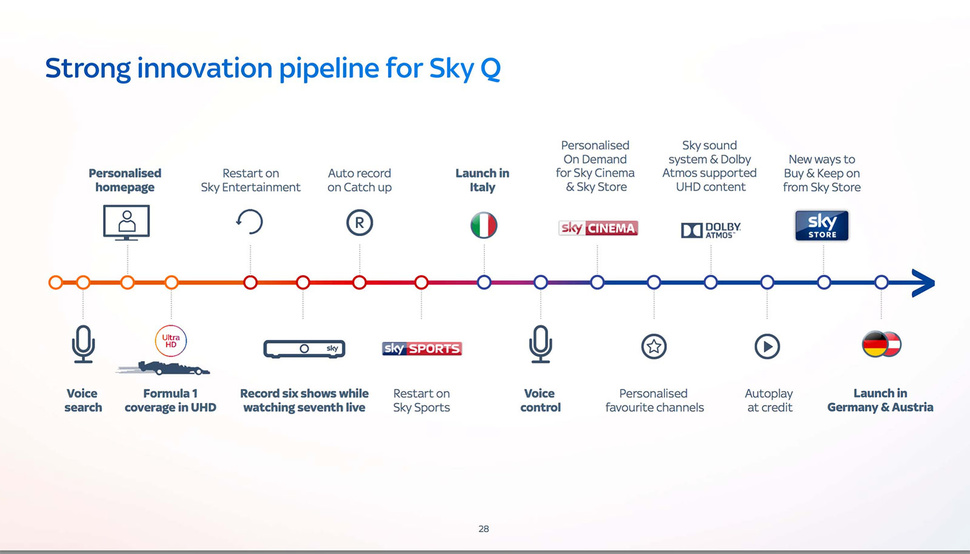 Sky Q subscribers will be able to enjoy films with immersive 3D audio courtesy of Dolby Atmos by the end of 2017, Sky has confirmed. That won’t be the only new feature Sky Q customers can enjoy this year either, with voice control also set for the company’s new subscription TV service.

There is a lot of investment going into Sky Q and 2017 will see a whole raft of new features launch on the new platform to help it compete against the likes of the Virgin Media V6. The Virgin Media V6 supports Dolby Atmos, meaning Sky is one of the only TV subscription services in the UK to lack 3D audio support.

Dolby Atmos is a 3D surround sound format that is designed to immerse viewers in the entertainment. There are over 500 films that have been released in the format, but thus far Dolby Atmos has only been used sparingly for TV broadcasts. BT was the first broadcaster in the UK to showcase live football in Dolby Atmos; it’s likely that Sky will want to do the same.

No specific date has been set for Dolby Atmos support on Sky Q, although it has been confirmed for 2017. Voice control functionality is also on the menu for 2017, although Sky hasn’t yet proposed how voice control will work on Sky Q. It’s likely that users will be able to change channels, modify the volume and turn the Sky Q on and off with their voice.

Sky is also looking to take on the binge-watching credentials of Netflix and Amazon Video, with the company planning a roll-out of a feature it calls ‘Autoplay on Credit’. This is a feature most people will associate with Netflix, which gives a countdown timer at the end of an episode before it automatically plays the next episode. Sky’s inclusion of this feature should make its Box Sets feature even more popular.

While 2017 could be seen as a big year for Sky Q in terms of features, next year could arguably be the service’s biggest year yet. That’s because Sky recently announced that it would be pivoting away from being a satellite company, and instead offer Sky Q over broadband.