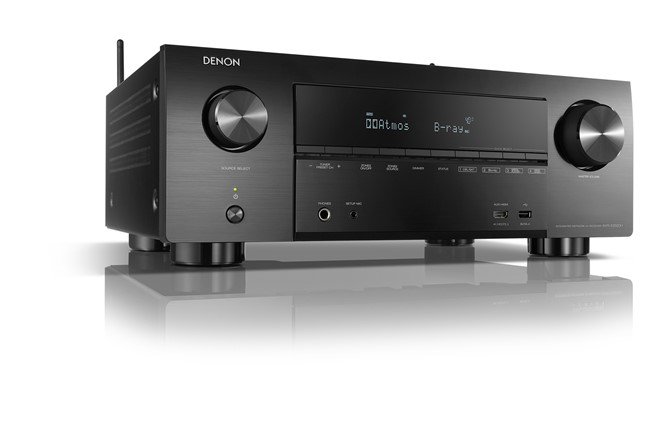 Following the release of Denon’s sister company’s new mid-range AVRs, Denon is now ready to release its own new model for AV pros to get their teeth stuck into. Unlike the models offered by Marantz, however, the new Denon AVR-X3600H offers every feature you could possibly want for a relatively low price.

When Marantz unveiled its new mid-range AVRs, the company announced that only the SR6014 would feature support for IMAX Enhanced. Thankfully, that’s not the case here, with the AVR-X3600H not only supporting the IMAX Enhanced standard, but also boasting support for Dolby Atmos and DTS:X.

Granted, the AVR-X3600H only supports nine channels of amplification up to 180W per channel, which is more than enough to power a smaller cinema installation, but when used in conjunction with two channel amplification, installers can quite easily use this AVR to handle 11.2 channels of audio. In fact, for those wishing to get the most out of Dolby Atmos, the system can also be configured in a 7.2.4 surround sound set-up, offering total immersion.

Denon has packed the AVR-X3600H with quite a few audio technologies to ensure that it’s a flexible solution for all installs; that includes support for DTS Virtual:X and Dolby Atmos Height Virtualisation Technology, as well as an AKM 32-bit DAC for handling Hi-Res audio for music lovers. Unfortunately, the Dolby Atmos Height Virtualisation won’t be available at launch, but a firmware update will launch shortly after the AVRs’ debut.

One thing users will have access to from day one is HEOS multi-room audio streaming, which is to be expected. This gives users the ability to route music from Spotify, Deezer, TIDAL, Amazon Music, TuneIN, or just about any streaming service, to different areas around the house. This feature is further enhanced by setting up different zones on the AVR using the Zone preouts. If HEOS isn’t enough, AirPlay 2 is also supported.

It’s not just the audio talents of the AVR-X3600H that Denon has taken into account, but the hardware has also been equipped for flexible video playback. That’s why it comes equipped with eight HDMI inputs and three outputs that are all compatible with HDCP 2.3, 4K Ultra HD at 60fps, HDR10, Dolby Vision, HLG and BT 2020. In addition, Denon has also added Auto Low Latency Mode, which will be ideal for gamers on the Xbox One who will see buttery smooth performance.

Rounding out the key features is support for Alexa, Google Assistant and Siri, all of which are capable of skipping and pausing songs, as well as adjusting the volume. Alexa goes a step further, however, with users able to change the input using their voice.

Denon has confirmed that its new AVR-X3600H will be available in August 2019, and will carry a recommended retail price of £999.