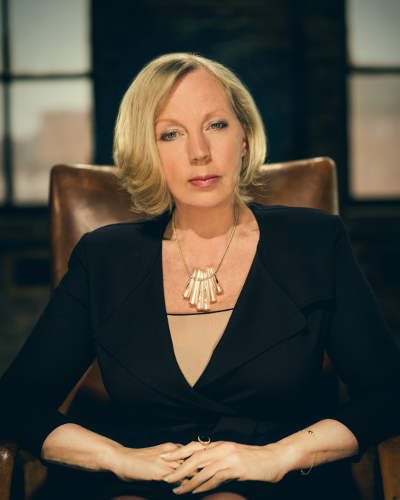 Deborah Meaden Invests In Sync-box In The Dragons’ Den!

What was it that appealed to you about Duncan and Steve as potential investment material?

Deborah Meaden (DM): For me to invest I have to understand why anyone would want to buy a product or service and at the price it can be produced for. Having been through a major refurbishment recently, I could see exactly why the Sync-box would have been a real asset in terms of saving time and looking good.

I think the fact that Steve and Duncan are hands on installers also helped, often the best ideas come when people are doing something and thinking: “This is rubbish, I know I can solve this”.

Do you think some of the other Dragon’s did not really ‘get’ the problems the product solves?

DM: It really doesn’t bother me if other Dragons think something is not a good idea as was proved when I invested in Gripit, the world’s strongest plasterboard fixing and which wenorldwide in under a year. I could see why Sync-box would work and that was enough for me.

What are the plans now?

DM: We have just completed the deal and I have brought together the team I believe will be best placed to really maximise the Sync-box opportunity. Next step is a planned expansion and of course, working our way through my contact list in a planned and careful way; you only get one chance with many of the buyers and we need to make sure we are ready.

Sync-box currently only offers the one product, but I invested as much into the people as the product and I can see, as I could with Jordan Daykin at Gripit, there will be very many follow on ranges. It is very important to be constantly on to the next product, delivering now but keeping an eye on the future.

What markets do you see Sync-box developing into in the future?

DM: Consumers are constantly moving towards higher tech, more automation, cooler gadgets in the home and I see this as a real growth area which will develop and move very fast.

The winners will be those suppliers who are really plugged into the mood and looking forward, making sure they know of the latest innovations and can offer the full range.

Where/when did you get the idea to apply for Dragons ‘Den?

Steve Noyes (SN): During our first year, we had sold approximately 1,500 units and sales were on the increase. It became clear that we needed some more funding or investment to grow our business.

Many of our customers and distributers had mentioned that they thought Sync-box would be a great product to take to Dragons’ Den.

However we had started the process of trying to get investment through various channels. Crowd funding, private investment, etc.

It was proving to be quite a long, drawn out process. Quite different to the government grant process. So I had a look on the BBC website and they were taking applications for series 13 of Dragons’ Den.

Takes us through the process, how did you apply? What happens next?

Duncan Summers (DS): We applied back in the autumn of 2014. To be honest, I thought we were too late as we managed to get the application in just on the deadline.

The BBC actually didn’t contact us until March/April this year so you can imagine how shocked I was when I took the call! They invited us up to the BBC in White City for a screen test, within a couple of weeks.

The actual screen test was an amazing experience. The BBC were interested in our personality as much as the product. We spent the morning filming. The producers explained that the recordings had to be sent to the production director to see if we made the show.

They explained that we would have an answer within a week. We actually had an answer the next day – we made the show and would be filming on May 13, which was only two or three weeks away! The due diligence required by the BBC is extremely thorough! No stone is left unturned.

How did you prepare for the filming? Did you rehearse? Do you get to meet the dragons first or is it a totally cold sell?

SN: We spent the days/weeks before rehearsing our pitch and memorising the business plan. ‘Numbers are important’ kept getting drummed into us over the prevailing weeks.

The BBC kept in touch constantly with updates and schedules. We asked some of the guys in our offices if they wouldn’t mind being Dragons for us to pitch to.

The companies in our offices in Medvale House were a great help and we would like to express our thanks to everyone who help with our rehearsing and pitching.

We rehearsed our pitch to them and they even went through the process of asking us questions regarding the business. It was great preparation! The Dragons do not have a clue what they are about to see.

No one can meet them until the moment you step out of the lift. In fact, you are not allowed to enter the show if you have approached or met the Dragons previously.

Is that a real lift? Or a set prop?

DS: Hmmm, I don’t think we can disclose that without the consequence of the BBC putting us in the stocks!

What advice would you have for other people going on the show?

DS: Have 100% confidence in your product and KNOW your business! Understand your sales, margins, gross profit and net profit.

It is also important not to over value your business. The Dragons take offence to that. Fight your corner, respectfully but have the answers to back your argument up. If one Dragon doesn’t like it, it doesn’t mean that another won’t. Don’t give up!

What did you feel were the key aspects of the product and the concept you wanted to get over?

SN: It was important for us to make the Dragons understand that Sync-box is completely adaptable world-wide and it solves a genuine problem. It also adds value to the installer as it leaves a neat and tidy finish. Thankfully, Deborah Meaden understood the product immediately!

What aspects of product do you think clinched the deal?

DS: Deborah invested in a company called Gripit Fixings last year in the Den. A screw product which has been developed for hanging heavy objects onto plaster board walls, such as televisions.

Therefore, she had a bit of a head start on the other Dragons as she is familiar with the business model of selling into distributers, who sell into the trade, etc.

She also had a complete understanding of the problem of untidy cables behind televisions and the difficulty of hanging flat screen televisions flush to the wall.

So now the deal is done, what happens next?

SN: Hard work is what happens next! Deborah has introduced us to Kevin Moriarty, who specialises in the purchase, promotion and delivery of large-scale development projects throughout the UK – including the contract for the entire Olympics site!

We are looking to draw on Deborah and Kevin’s experience and contacts to help grow the business significantly. We also have the development of the dry wall back box to complete.

This will open up the US market which is predominantly dry wall buildings. Since being on the Den, we have also been approached by a distributer based in Dubai who has the contract for four new Trump Hotels.

They are proposing to use Sync-box in all four hotels. It is our intention to enter the retail arena also – a market we haven’t approached yet. Plenty to keep us occupied for the future as we look forward to exciting times ahead!

Watch Steve and Duncan’s cheeky pitch to the Dragons in the video below, starting at the 2.14 mark.