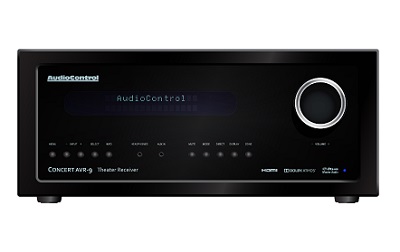 AudioControl has begun shipping the latest additions to the Concert AVR series; all of which boast Dolby Atmos, 4K, HDMI 2.0a, HDCP 2.2 and DIRAC Live support.

Joining the Concert series are the AVR-7 and AVR-9 receivers which have been designed to be both visually and acoustically striking.

The Concert AVR-7 also benefits from the same high performing audio and video platform as the Concert AVR-9, powering its seven-channel amplifier at 100W per channel into 8 ohms.

To complement AudioControl’s new concert receiver platform, AudioControl is introducing ‘DIRAC LIVE’ room correction on all of its home theatre products providing one of the most effective and flexible room calibration systems available today.

They have Ethernet connectivity, RS232 and are compatible with control systems like Control4, Crestron, RTI and Savant.

Both models have the ability to scale to any resolution standard or high definition sources, where required.