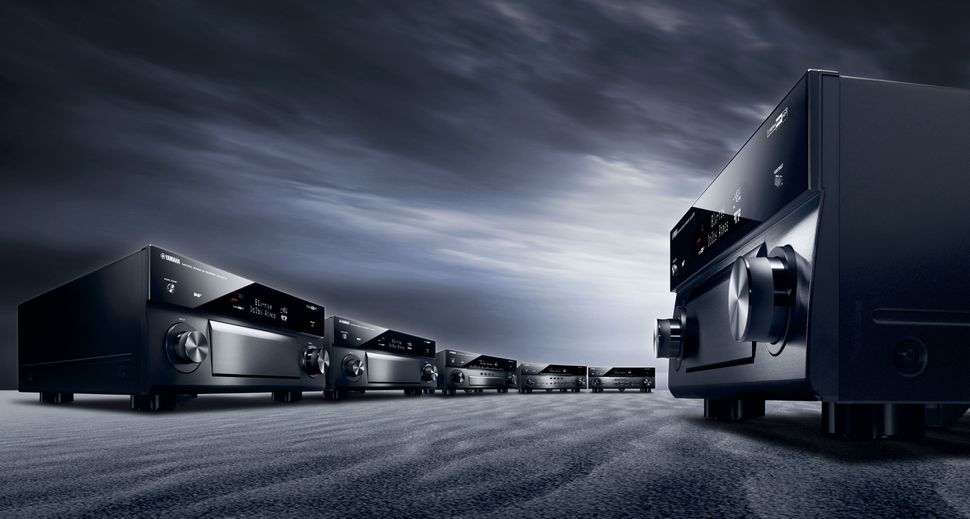 Yamaha’s Aventage AV receiver range has been refreshed several times over the past few years, and now the company is announcing yet another update. The latest update brings technologies such as Dolby Vision and Hybrid Log Gamma into the fray, while Yamaha has also rolled out Dolby Atmos and DTS:X to all of the AV receivers in the range.

There are six AV receivers in the Yamaha Aventage range, and for the first time ever, all of them include DTS:X and Dolby Atmos as standard. Pricing for the range has yet to be confirmed in the UK, although in the US it ranges from $600 for the base model and $2,200 for the flagship.

Those wishing for a bit more oomph, Yamaha also has the RX-A770 – which adds 4K video upscaling, 10W extra per channel and an extra HDMI input. It also has a turntable input. Like all models in the range, support for Virtual Surround Back Speaker is included as standard.

The Aventage RX-A870 is the next model up in the range, and boasts 100W per channel and seven HDMI inputs. Three of those inputs support HDCP 2.2, while there are also dual HDMI/HDCP 2.2 outputs. As with the other models, the RX-A870 supports Wi-Fi for connecting to the web.

While all of the 2017 Aventage AV receivers support Dolby Atmos, the RX-A1070 is the most affordable model to feature ‘Cinema DSP HD’ for use with Atmos. It also utilises three dedicated DSP LSI chips, and boasts 110W per channel, seven HDMI 2.0a inputs with HDCP 2.2 and dual HDMI/HDCP 2.2 outputs. Yamaha has also equipped the RX-A1070 with a symmetrical amplifier layout and YPAO multipoint room calibration.

Continuing up the range, the RX-A2070 is equipped with 140W per channel, and boasts 9.2 channels, all of which are powered by dual SABRE Premier DAVs. It also includes two powered zones and a Zone 4 HDMI output.

Yamaha says that all these models will support Dolby Atmos and DTS:X, as well as Dolby Vision and standard HDR. Hybrid Log Gamma will be coming to the range, but via a firmware update coming later this year.