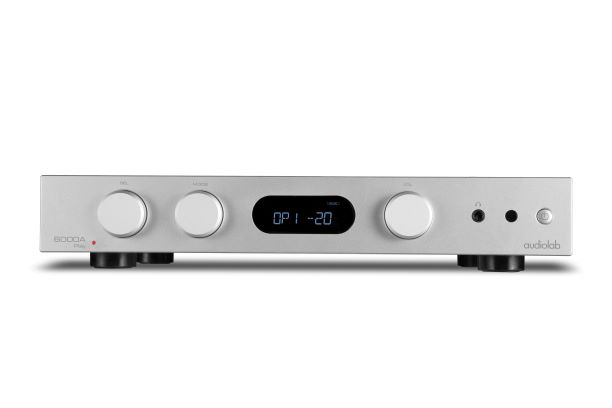 Audiolab 6000A Is Just-Add-Speakers Streaming Amp

Audiolab’s new 6000A Play combines two multi-award-winning audio components in a single chassis to create a just-add-speakers streaming amplifier designed to handle all analogue requirements. From internet radio and streaming over Wi-Fi and Bluetooth to making the  most of a turntable or CD player, this amp has it covered.

In a single chassis, the 6000A Play takes the circuitry from the 6000A stereo amplifier and marries it with the streaming architecture of the 6000N Play.

The 6000A Play’s Wi-Fi networking is powered by DTS Play-Fi: an app-controlled platform enabling  high-quality, whole-home wireless audio, capable of streaming hi-res music up to 24-bit/192kHz and supported by a greater range of established audio brands than any other wireless platform.

The free Play-Fi app (available for iOS, Android and Kindle Fire devices, Windows PCs and Apple and  Android smartwatches) is an intuitive gateway to a wealth of music services, including Spotify, Tidal,  Amazon Music, Deezer, Qobuz, HDtracks, TuneIn, iHeartRadio and SiriusXM. It is also able to serve up a streaming library stored on any DLNA-compatible NAS drive or media server on the same home network.

Favourite playlists and radio stations can be assigned as shortcut ‘presets’ within the app, while Works With Alexa support enables voice-controlled playback when the 6000A Play is paired with any Amazon Alexa-equipped device.

Play-Fi supports a wide variety of file formats, including MP3, MP4A, AAC, FLAC, WAV and AIFF. In standard mode, which is optimised for multi-room bandwidth, audio is streamed at  up to 16-bit/48kHz – akin to CD-quality. By engaging Play-Fi’s Critical Listening Mode, hi-res audio up to 24-bit/192kHz may be streamed to the 6000A Play over Wi-Fi or Ethernet cable, without transcoding or down-sampling.

There are ways to stream music wirelessly to the 6000A Play other than via the Play-Fi app. Users can play directly from the Spotify app thanks to Spotify Connect, and stream from smartphones and tablets  without connecting to the local Wi-Fi network using aptX Bluetooth.

The 6000A Play is not all about streaming, however. Those with physical music collections on CD and vinyl are equally well catered for, thanks to four stereo RCA inputs – three line-level and one MM phono input.

The phono stage is a high-quality, low-noise design with precise RIAA equalisation, engineered especially for the 6000A Play to make the most of the music nestling within an LP’s grooves. There are five digital inputs, too – a pair of optical and a pair of coaxial sockets to hook up digital sources without wireless connectivity (Audiolab’s 6000CDT CD transport, for example), as well as an Ethernet port for those who prefer network connection via cable rather than Wi-Fi.

Though technically excellent, Sabre32 Reference DAC chips can be challenging to implement effectively. If the circuitry that surrounds them is not of a sufficient standard, the resulting sound can seem a little on the ‘cool’ side; but treat them right and the level of musical expression that these chips dig from the digital signal is captivating.

Audiolab’s original, universally acclaimed M-DAC was one of the very first home audio components to incorporate an ES9018 chip back in 2011, and the company has been honing its implementation ever since. One particularly critical element is the post-DAC active filter; the Audiolab design team has paid great attention to this circuit, using op-amps selected for their synergy with the ES9018K2M.

Whether received via cable, Wi-Fi or Bluetooth, all forms of digital audio benefit from three user-selectable digital filters: ‘Fast Roll-Off’, ‘Slow Roll-Off’ and ‘Minimum Phase’. These settings allow the user to optimise the response to suit the source file and bandwidth of the partnering equipment.

The 6000A Play’s Class AB power amp sports a discrete circuit design and delivers 50W per channel into 8ohms, with a maximum current delivery of 9 Amps into difficult loads. The output stage uses a CFB (Complementary Feedback) topology, ensuring linearity and thermal stability as the idle current is kept independent of the temperature of the output transistors. A substantial 200VA toroidal transformer, followed by 4x15000uF reservoir capacity (60000uF in total), helps the amp to maintain firm control of the music whilst enabling excellent dynamic range.

The preamp section is kept as simple as possible to maintain signal purity, with line input signals passing to a precision analogue volume stage. The latter covers the range from -80dB to +8dB in steps of 2dB and 1dB (step resolution increases with volume position).

Much effort has gone into the physical layout of the 6000A Play’s circuitry, protecting the sensitive preamp section from noise interference. This, plus the use of independent low-noise power supplies for critical stages, helps to deliver a performance that rivals considerably more expensive analogue amplifiers, even before taking the 6000A Play’s impressive digital streaming credentials into account.

As well as performing its primary function as a fully integrated amp, other user-selectable modes enable separation of the preamp and power amp stages – so, for example, the 6000A Play can operate as a power amp connected to a separate preamp or processor, or as a streaming DAC/preamp to feed an external power amp. This additional flexibility reflects Audiolab tradition, as well as the discrete nature of the 6000A Play’s internal architecture, enabling it to adapt to its owner’s evolving requirements.

Anyone who uses headphones as well as speakers is catered for by a built-in headphone amp with dedicated current-feedback circuitry.

The 6000A Play is available from late July in a choice of silver or black, at an RRP of £799. The original 6000A, without Wi-Fi/Ethernet network streaming, continues at £599. 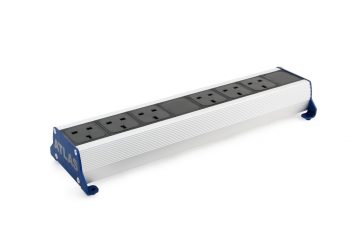