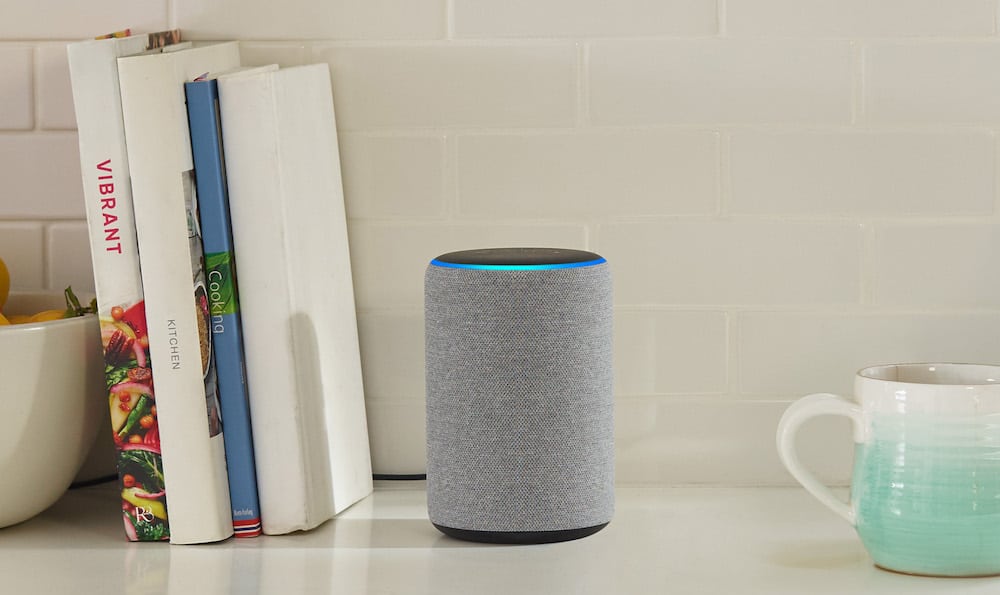 Amazon may have essentially invented the modern smart speaker, but the company has almost always targeted the low-end of the market. That’s what led to Apple and Sonos’ entry into the market – with both firms using their audio expertise to develop a smart speaker that consumers actually wanted to listen to. They’ve managed to carve themselves out a niche bit of the smart speaker market, but now Amazon wants in on the action, with the retail giant reportedly set to launch a high-end Amazon Echo speaker by next year.

There’s no denying that the Apple HomePod and Sonos One are vastly better sounding speakers than everything in Amazon’s line-up. In fact, it would appear most users who buy an Amazon Echo don’t care about audio quality at all, as the company’s most popular smart speaker is the Echo Dot. While it’s a great device for controlling other speakers and communicating with the Alexa voice assistant, it’s not designed for playing music.

Amazon’s bigger Echo speaker is supposed to fill the role of a better sounding smart speaker, but is hardly any competition for Apple’s HomePod or the Sonos One, even with the optional Echo Sub. In fact, Amazon’s line-up is woefully disappointing even compared to its fiercest competitor – Google. While Google suffers the same problem with the Google Home Mini and Google Home both being underwhelming in the audio department, at least there’s the Google Home Max – a smart speaker that rivals the audio quality of the HomePod, without having to deal with Siri.

According to Bloomberg, Amazon plans to address its audio quality issues in a number of ways. The biggest change will be a new Echo speaker, with the company said to have tasked its R&D arm, Amazon Lab126, with the development of said speaker. The reports suggest prototypes for the next-gen Amazon Echo already exist, and are said to be wider than the current model due to the inclusion of at least four tweeters. That’s vastly better than the grand total of one tweeter found in the current model.

In addition to the new Echo speaker, Amazon is reportedly set to get into the high-fidelity music business. The company already offers two streaming services in the form of Amazon Music Unlimited and Amazon Prime Music, but it could be planning to add a third option for consumers to choose from. This third option will compete with the likes of Tidal, offering high quality music for audiophiles, albeit for a slightly higher price. According to Music Business Worldwide, this service should launch later this year.

An Amazon Echo On Wheels

Amazon isn’t just looking to satisfy audiophiles with its next-gen products, with the firm also said to be planning an Alexa-enabled robot. Essentially this will be an Amazon Echo on wheels – we imagine it’ll be able to perform basic commands through Alexa, while simultaneously serving as a music playing device.

According to reports, Amazon’s robot is known internally as ‘Vesta’, and was originally intended to be shown off this year, although it’s supposedly not yet ready to be mass-produced. Other companies have attempted to release voice-enabled robots in the past, but few have seen mainstream success. Anki is possibly the best-known brand to offer a voice-controlled robot, but the company just couldn’t make it work. Earlier this year, Anki announced that it was closing down.